Our second activation was to be Point 756/Pyrenees VK3/ VS-013, which is situated off Main Break in the Pyrenees Mountains, north west of Ararat.  The summit is just a short drive from Blue Mountain. 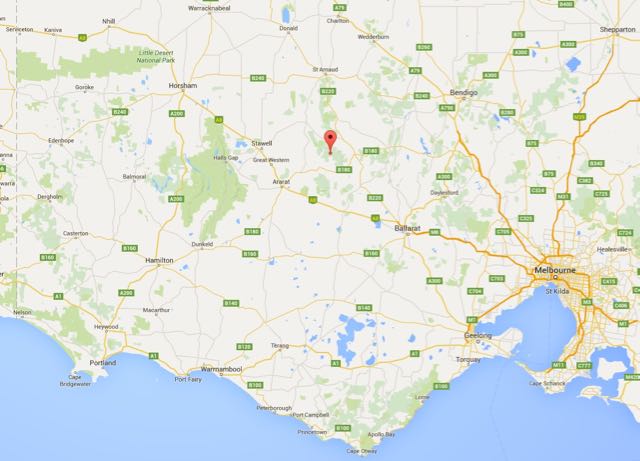 Above:- Map showing the location of Point 756/Pyrenees VK3/ VS-013.  Image courtesy of google maps.

Point 756/Pyrenees summit is 756 metres above sea level and is worth 4 SOTA points. 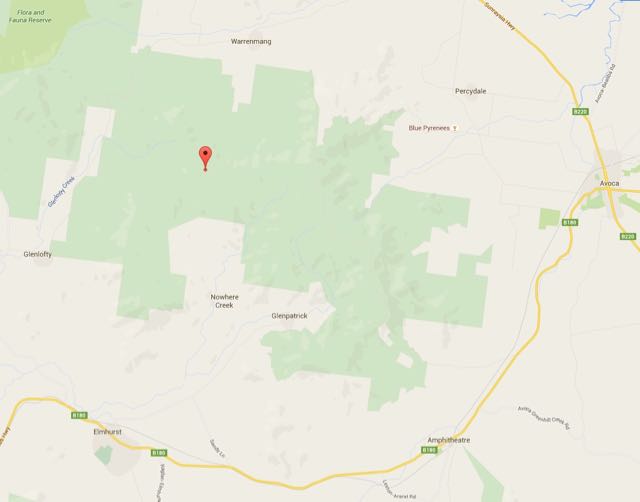 After travelling back along the Blue Mountain Track, we continued south east along Main Break, travelling passed the Glenlofty Track on our right, and then Hardy Track and then Sanderson Track on our left. 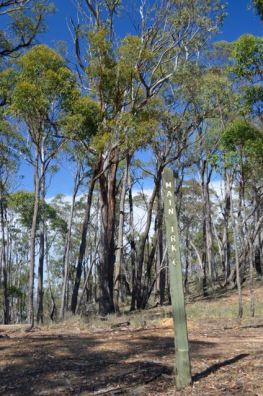 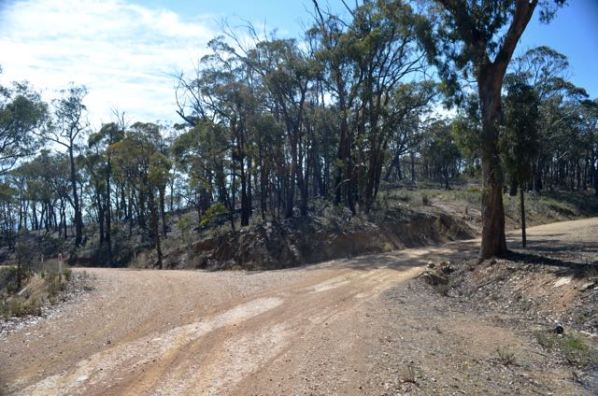 As we travelled along Main Break, we were rewarded with some nice views out across the Pyrenees through the trees. 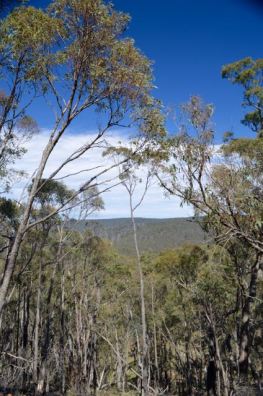 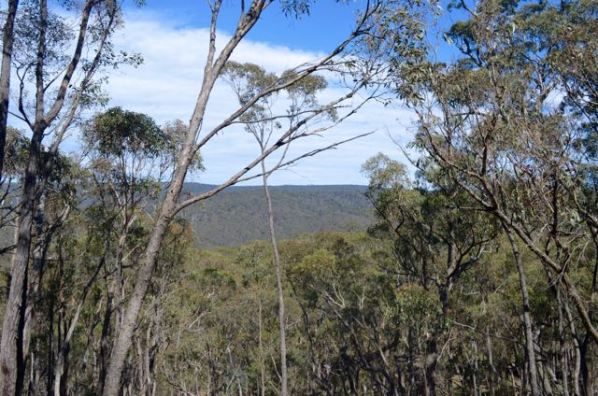 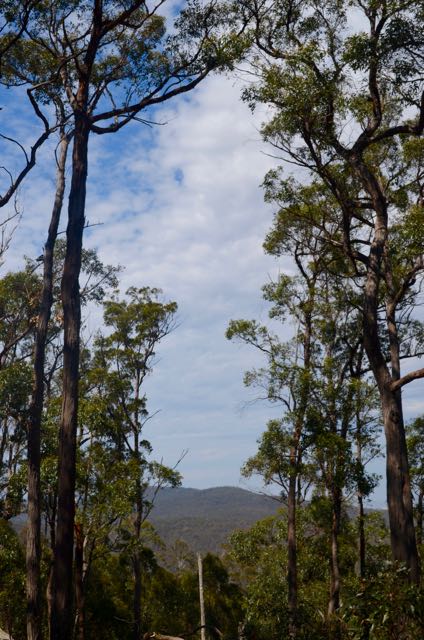 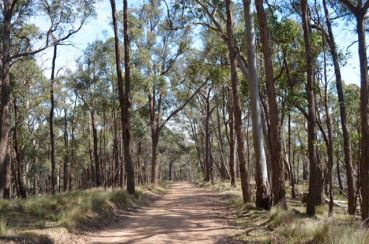 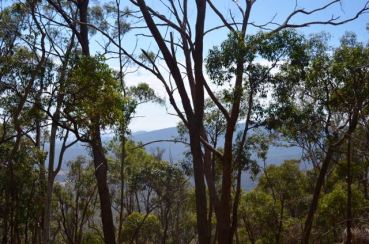 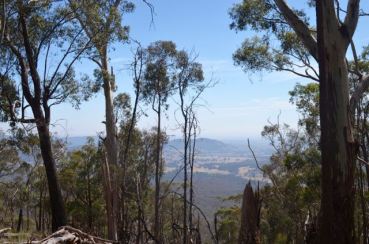 Just before reaching Black Range Road, which runs off to the right as you are travelling down Main Break, you will see a track running off to the left.  This is how we accessed the summit.  This track is impossible if you have a conventional vehicle, but we engaged long range 4WD on the Toyota Hi Lux and crawled up the track which is rocky and quite steep.  Please note that if you have reached Cameron Track, you have travelled too far south along Main Break. 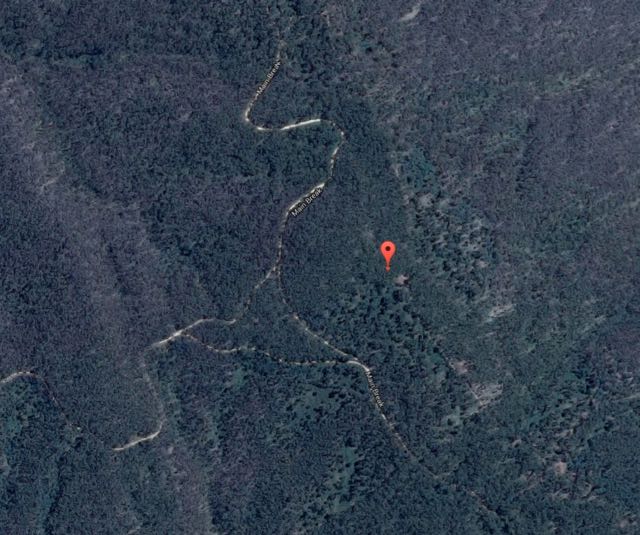 Above:- Aerial image showing the location of the summit just on the eastern side of Main Break.  The track running off to the right of screen is Black Range Road.  Image courtesy of google maps.

We actually travelled a little too far along Main Break and turned around at Black Range Road.  The photo below shows us facing north on Main Break.  The arrow indicates the dirt track just around the corner which takes you up to the activation zone of this summit. 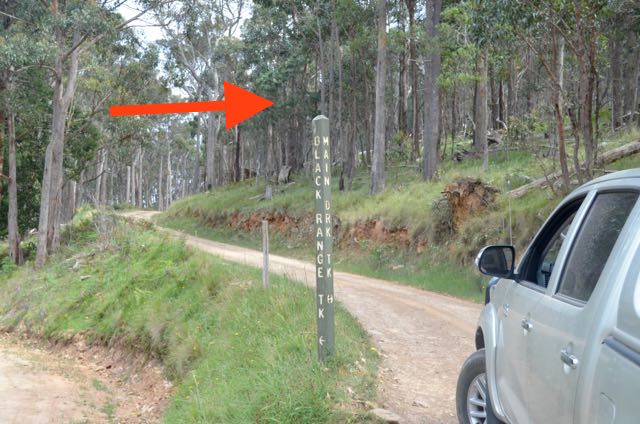 We soon reached a clearing and what appeared to be a logging track.  We walked just a short distance with the gear and started setting up.  I ran the Yaesu FT-857d, about 30 watts, and the 20m/40m linked dipole.  I used a fallen log as a bench. 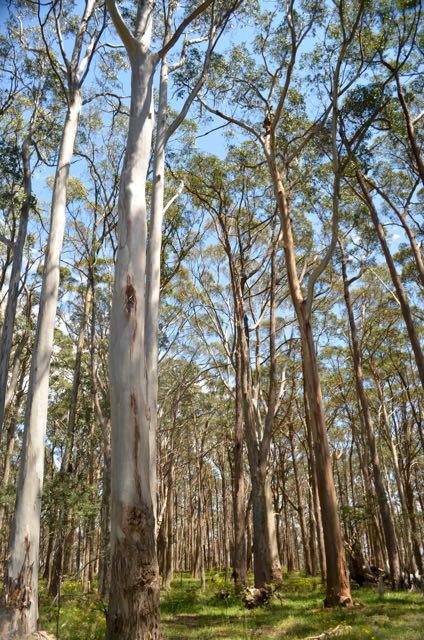 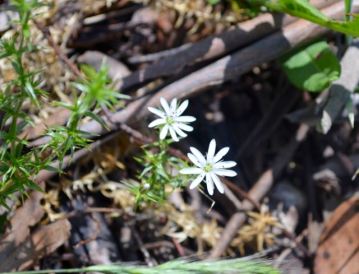 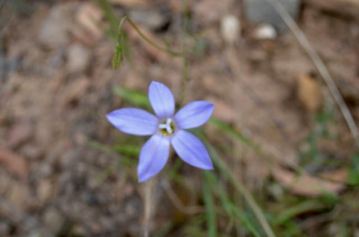 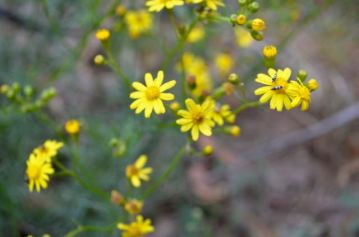 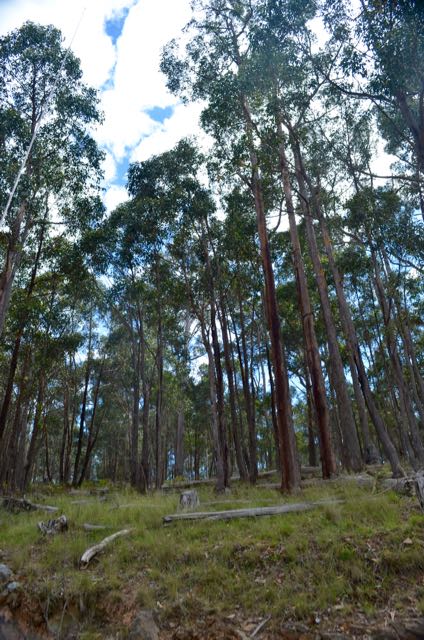 I was ahead of schedule and was ready to go by 2345 UTC (8.45 a.m. Victorian local time).  I commenced calling CQ on 7.090 and my CQ call was answered by Adrian VK5FANA at Arthurton on the Yorke Peninsula (5/8 both ways).  Next up was Lee VK2LEE in Scone who was a very strong 5/9 and reciprocated with a 5/9 for me.  This was followed by Gerard who was also 5/9, and then Ian VK5IS, again with a 5/9 signal from Beetaloo Valley in the Mid North of South Australia.  The 40m band appeared to be in good shape.

I worked 11 stations in VK1, VK2, VK3, and VK5, before the UTC rollover.  After the UTC rollover my first contact was with Tom VK2KF in Kandos in New South Wales.  This was followed by John VK2YW in Wagga Wagga and then Ron VK3MRH.  I worked a further 14 stations on 40m before heading off to 20m

I called CQ numerous times on 20m, but unfortunately there were no takers, so I headed back to 40m.  When I arrived back on 40m, John VK2YW called in again and kindly spotted me on SOTAWatch.  But I only managed a further 5 contacts into VK2, VK3, VK4, and VK7. 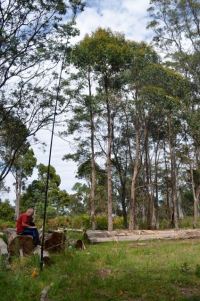 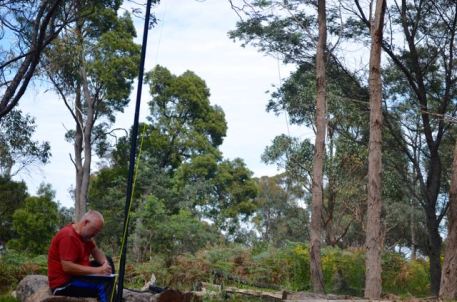 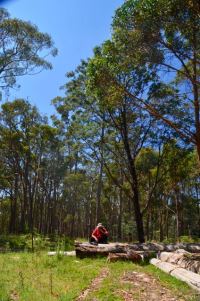 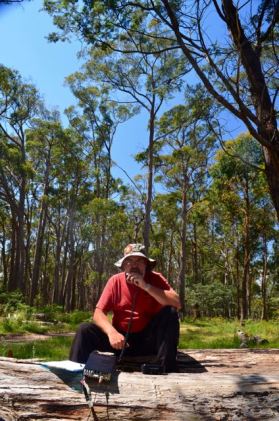 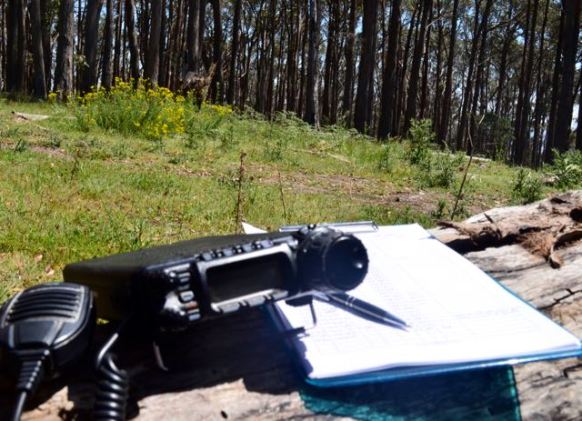 After about 50 minutes on the summit, I had a total of 33 contacts in the log.  Time to move on and head off to the next summit, Mount Lonarch. 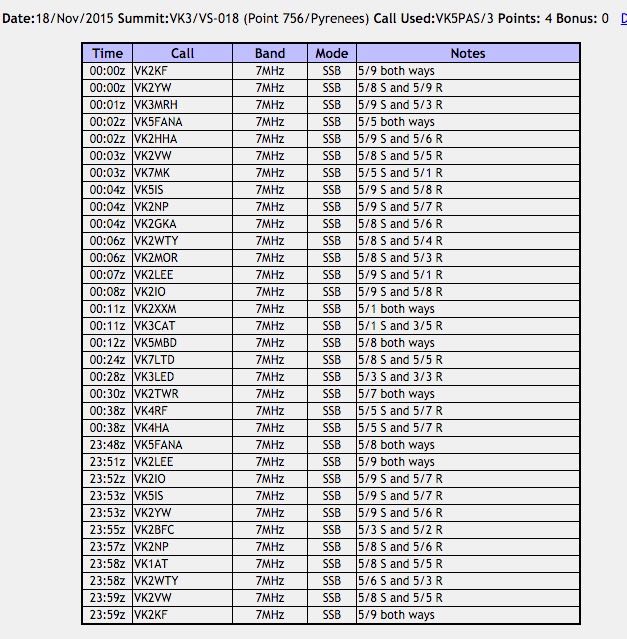