Our one and only activation for Sunday 8th November 2015 was the Peebinga Conservation Park, VKFF-0830, which is situated about 240 km east of Adelaide and just 10 km west of the Victorian border.

Above:- Map showing the location of the park.  Image courtesy of Property Location Browser.

After leaving the motel early on Sunday morning, we headed back to the Renmark Hospital to catch up with Larry VK5LY.  We spent a short time there and then had a quick look around Renmark, before heading out of town.

We travelled out of Renmark on the Sturt Highway passing the Murray River National Park and into the town of Berri.  We then headed south on the Bookpurnong Road, travelling over the bridge over the mighty Murray River.  We continued on to Loxton and south on Browns Well Highway through the little towns of Paruna and Kringin.

We soon reached the area of Peebinga and the intersection of the Browns Well Highway, Kringin Road and Ziersch Road.  There is a clearly visible Conservation Park sign here on the north eastern corner of the park.

Peebinga Conservation Park is about 8,401 acres in size, and was originally known as the Peebinga Flora and Fauna Reserve.  It was proclaimed as a Conservation Park in 1977.  The land conserved within Peebinga was originally subject to farming.  Peebinga was set aside to conserve the habitat of the rare Western Whipbird.  The park has also been identified by BirdLife International as an Importnant Bird Area as it supports a relatively large population of Malleefowl.

The park is characterised by grassland, low stablised dunes with oper scub cover featuring Ridge-fruited and Slender-leaved Mallee with Warty Cypress over Broom Bush.  The higher areas in the park have Square-fruited, Red and White Mallees.  A total of 150 native flora species have been recorded in Peebinga Conservation Park, including 14 of conservation significance.  The park contains a wife variety of wildlife including Western Grey kangaroos and Echidnas.

Typical mallee vegetation in the park 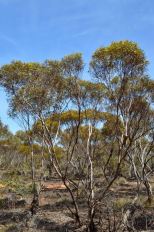 We drove up to the southern boundary of the park on Browns Well Highway looking for a clearing in the mallee vegetation.  There were no obvious operating spots, so we drove back towards Kringin Road and found a small clearing in the scrub.  In hindsight, some other options should you decide to activate this park, are to travel down Kringin Road to the little area of Kringin where a dirt track runs off Kringin Road to the south, through the park.  Or continue down to Conservation Road which runs south off Kringin Road, cutting through the park.  This is opposite the property called ‘Mootatunga’. 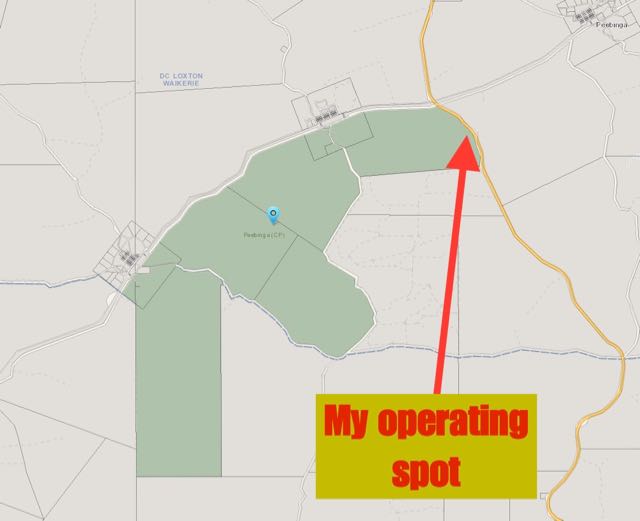 Above:- Map showing our operating spot in the park.  Image courtesy of Property Location Browser.

I decided to vacate this area of the 40m band due to the various Sunday morning WIA broadcasts and I headed down to 7.090.  On the way I had a listen on 7.135 for the South Australian WIA broadcast and I could barely hear Hans VK5YX, the WIA relay station.  This was not a good sign.  Clearly the close in propagation was not working on 40m.

My fifth contact was with Mike VK3XL who was operating portable from the Alpine National Park, VKFF-0619.  Mike had a nice 5/7 signal and gave me a 5/8.  A few calls later I spoke with Tony VK3CAT who was activating SOTA summit Mount Little Joe, VK3/ VC-027 (5/5 both ways).  This was followed by another SOTA contact, this time with Marc VK3OHM who was activating SOTA peak Mount Macedon, VK3/ VC-007 (5/5 sent and 5/6 received).

I worked a total of 16 stations on 7.090, all of whom had QSB on their signals and were reporting QSB on my signal.  I also heard Rick VK4RF calling me on a few occasions but he was very very low down and clearly could not hear me.  The Western Australia WIA broadcast had now started up on 7.088 and was causing me some grief, so I decided to QSY to 20m to try my luck there. 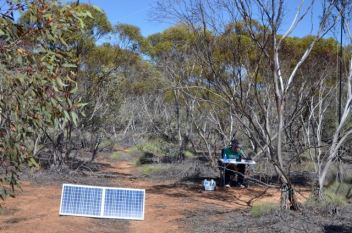 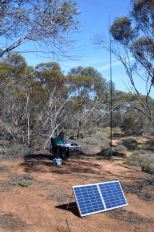 I called CQ on 14.310 and this was answered by Rick VK4RF, this time with a nice strong 5/9 signal.  This was followed by calls from Brett VK2VW, John VK6NU (4/1 both ways), Rober VK2XXM, Greg VK8GM from Alice Springs, and then Peter VK4ACO.  I called CQ many many times after my QSO with Peter, but sadly there were no more takers.  I tuned across the 20m band to see what was happening, and I did not hear a single signal.  Unfortunately we had no mobile phone coverage with either Telstra or Optus, so I was not able to send out an SMS or spot myself on parksnpeaks.

I now had 25 contacts in the log and was well short of my required 44, so I headed back to 40m and found Brenton VK3CM on 7.090 testing a transceiver.  I gave Brenton a call and we had a good QSO, despite the fact that signal strengths were well down (5/1 both ways).  Brenton kindly gave me the frequency and I went on to work Mark VK7FMPR in Tasmania, Col VK3LED, and Mike VK3AY.  But signals were down and there were no further takers.  I tuned across the 40m band to gauge conditions and the only signal I heard was Aub VK3Q speaking with another VK3 (who was inaudible) on 7.120.

I headed back to 7.090 and called CQ again and this was answered by Dennis VK2HHA who informed me that he had tried listening for me on 20m but could not hear me.  I only managed three more contacts on 40, before the heat, the flies and the poor band conditions had got the better of me.  I had fallen short of the required 44 contacts, with just 32 QSOs in the log.  I will have to head back to Peebinga another time.

Not far down the road from the park we discovered two feral goats grazing in a paddock on the fringe of the park.  Goat control programs have been implemented within the parks in the area in the past, to try to reduce numbers. 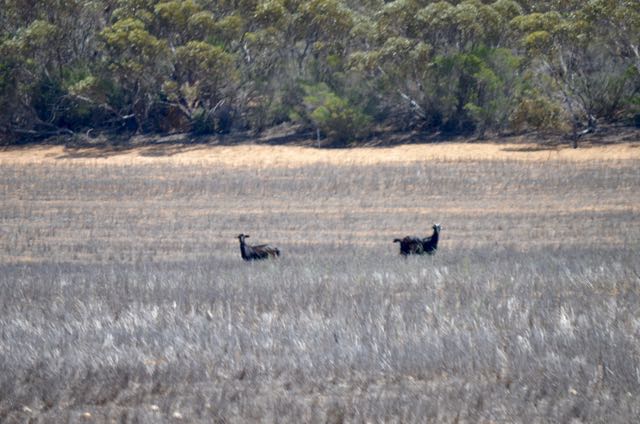 We continued on the Browns Well Highway and stopped briefly to look at two monuments at Yarrahville, which once had a Methodist church and a school.  Nothing remains of these buildings today. 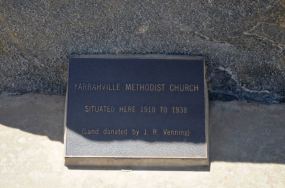 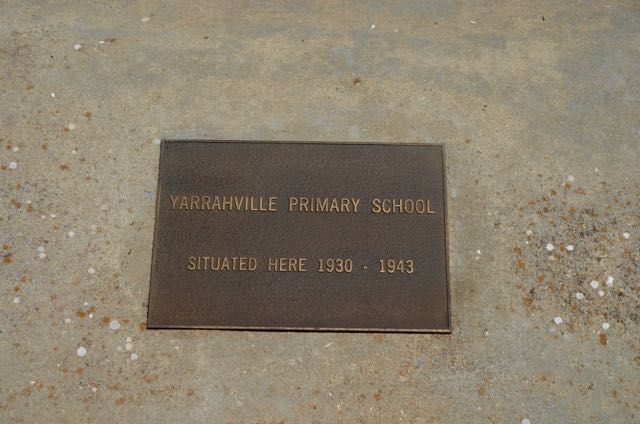 The land out here was very dry with occasional irrigation of crops.  It is quite a remote location.  We then reached the town of Pinnaroo and then travelled south on the Ngarkat Highway, eventually passing through the very vast Ngarkat Conservation Park, which I had activated a few weeks earlier.

Just after leaving Ngarkat we saw two ambulances and a few CFS applicances heading north.  A check on Marija’s iphone revealed that there had been a light aircraft incident at an area called McCallum on the southern outskirts of Ngarkat.  We didn’t see anything on the news that night, so we can only presume that the outcome was a possitive one.

Prior to heading to our friends house, we visited the Narracoorte Caves National Park.  I have activated this park a few times previously, so this was just a tourist stop.  We paid a visit to the Wonambi Fossil Centre and the Wet Cave.  If you are in Narracoorte, I highly recommend a visit here.  Narracoorte Caves is South Australia’s only World Heritage site and was officially recognised in 1994 due to the importance of the fossils found at the site.

After visiting the caves, we headed to our friends house, Peter & Aine, where we enjoyed a very enjoyable evening.  And even better, no hangover in the morning!