Recently I travelled to Norfolk Island for the Annual General Meeting of the Wireless Institute of Australia.  I had planned to undertake some SOTA & WWFF activity whilst on the island so I took with me my Yaesu FT-857d, a linked dipole and a 8400 mAh 13.2 v LiFePo4 battery.  I carried the battery in a LIPO bag.

I flew via Qantas from Adelaide to Sydney, and then via Air New Zealand from Sydney to Norfolk Island.  Prior to flying, my wife Marija and I made contact with both Qantas and Air New Zealand, just to confirm what I could and not take.  Batteries obviously pose a unique hazard during air travel and are capable of causing a fire if not transported correctly.  Devices and battery numbers are limited to personnel use amounts.

There have been multiple reports of lithium battery related fires on cargo planes over the years.  And one unsubstantiated theory about the mysterious disappearance of Malaysia Airlines Flight 370 focusses on the fact that the airliner was carrying a large shipment of lithium ion batteries.

These batteries MUST travel as carry-on baggage only.  Airline approval is not required.

Airline approval is required.  For Qantas we contacted….

No more than two spare batteries with the terminals protected are permitted in carry-on baggage.

Qantas were fantastic and sent us a letter authorising us to carry the battery (see below)…. 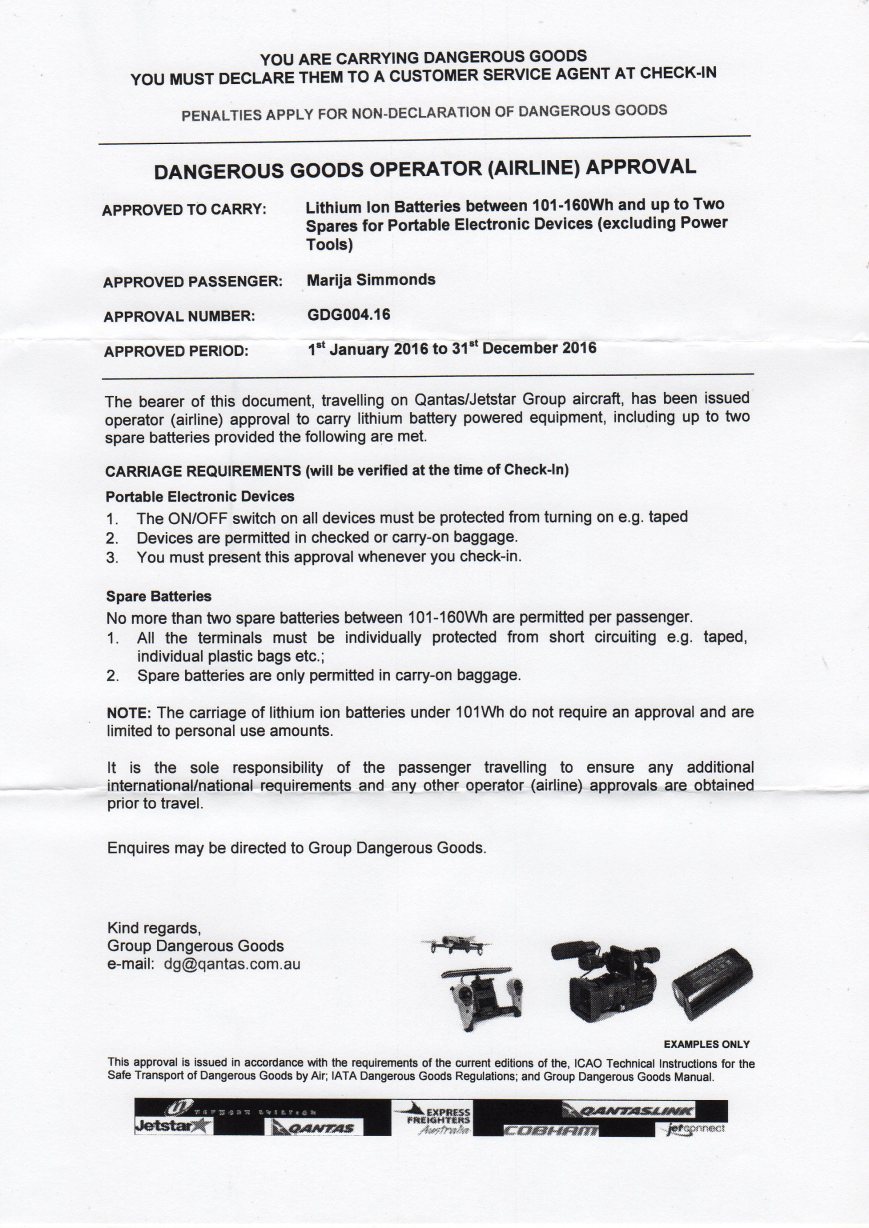 Air New Zealand were equally as good and noted the information on our booking information.

Generally we had no problems passing through security at the various airports (Adelaide, Sydney, & Norfolk Island).  All the security people (particularly at Sydney Airport) were very friendly and once we explained what gear we were carrying, there were no problems.  Sadly, the security people at Adelaide Airport were a little officious.

Topics covered were why to operate portable, WWFF, the VK5 Parks Award, what equipment to use, and some operating tips.

A number of amateurs in the audience were already keen portable operators, but hopefully I may have encouraged others who were present to give it a go.

I also sighted documentation for a number of those present for registering with Logbook of the World as I am an official ARRL DXCC card checker.

Many thanks to Matt VK5ZM and the rest of AREG for giving me the opportunity of speaking. 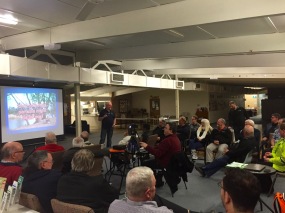