A little bit more info re my Kangaroo Island Conservation Park activations.  I made a total of 542 QSOs from the 10 parks.  I was fortunate enough to reach the 44 QSO in each park, which is required for the global World Wide Flora Fauna (WWFF) program. 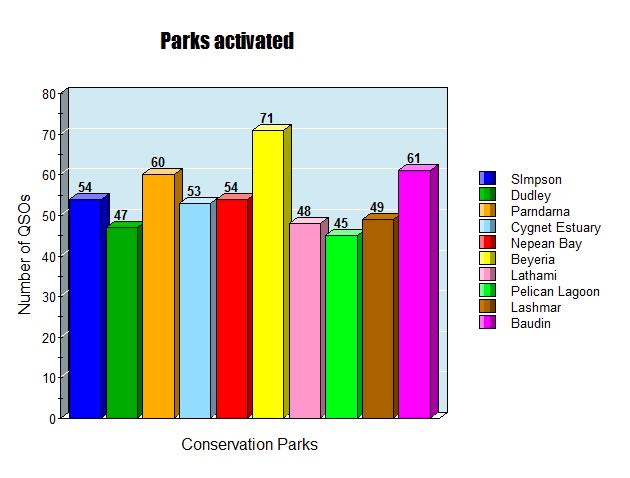 Despite the bands being rather poor of late, I did manage to work some DX in Europe on 20m.  This was during the activations at Beyeria and Baudin, with some openings on the long path. 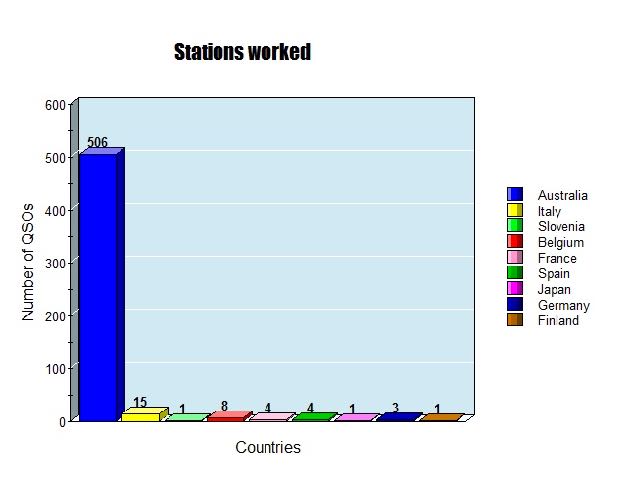 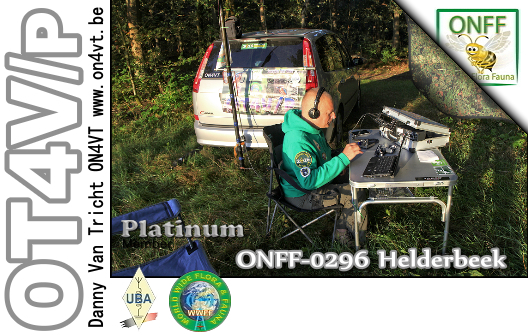 Here is a link to Danny’s WordPress site…..

As you would expect, the 40m band was the most used band during my activations, with a total of 396 contacts logged there.  A total of 76 contacts were logged on 20m, whilst 70 were logged on 80m.  I found 80m to be a very reliable band for close in contacts.  Many of the stations logged on 80m were not readable on 40m.  These contacts on 80m were mostly made during the late afternoon-early evening.  But a number were made during the day.

The antenna used was a 20/40/80m linked dipole supported on the top of a 7 metre heavy duty squid pole (antenna as inverted vee configuration).

The 80m band was a real pleasant surprise for me.  At my first park activation I worked Adrian VK5FANA on the Yorke Peninsula at 0205 UTC.  At Parndarna, my third park for Monday, I worked 9 stations between 0809-0818 UTC (5.39 p.m.SA local time – 5.48 p.m. SA local time).  These stations were from VK5 (Yorke Peninsula, Adelaide Hills, Mid North and the Adelaide metropolitan area), VK2 (Bathurst), VK7 (Flinders Island), and VK3 (Stawell in western Victoria, Melbourne, and Wodonga).  All signal reports were 5/9 both ways.

At Pelican Lagoon during Wednesday morning it was clear that close in propagation was quite difficult.  I only logged 1 VK5 on 40m and that was Michael VK5FMLO in the southern suburbs of Adelaide.  But on 80m at around 11.00 a.m. SA local time I was able to work Adrian VK5FANA on the Yorke Peninsula, David VK5PL in the Barossa Valley, and John VK5DJ, Tom VK5EE and Brian VK5FMID all at Mount Gambier/Millicent in the south east of the State.  I also logged Mick VK3GGG at Stawell in western Victoria, Chris VK3PAT in Melbourne, Robert VK2XXM at MacLean (between Coffs Harbour and Lismore) and Marc VK3OHM in Melbourne.  I was even called by Brian VK3MCD on SOTA peak VK3/ VE-080.

At my second activation for Wednesday, at Lashmar Conservation Park I worked Adrian VK5FANA on the Yorke Peninsula, Michael VK5FMLO in the southern Adelaide suburbs, Mick VK3GG in western Victoria, and Gerry VK5NMG at Moonta Bay.  These 80m contacts were at 2.15 p.m. SA local time.

So, please give bands other than 40m a go.  Particularly 80m.  You might be very pleasantly surprised.