The park was proclaimed on the 27th October 2016 and is made up of 2,457 hectares of land aimed at protecting South Australias vital migratory bird habitat.  Birds fly from as far as Siberia and Alaska, passing through 22 countries to get to the park.  Threatened species such as Curlew sandpiper, Ruddy turnstone, Red knot and Eastern Curlew are found in the park.

Following further community consultation and investigation over the next 18 months, a core portion of the entire Adelaide International Bird Sanctuary – the coastline from the Barker Inlet to the township of Port Parham – will be included in the national park in stages.

Above:- A map showing the current park boundaries and the proposed areas for inclusion in the park.  Map courtesy of National Parks SA 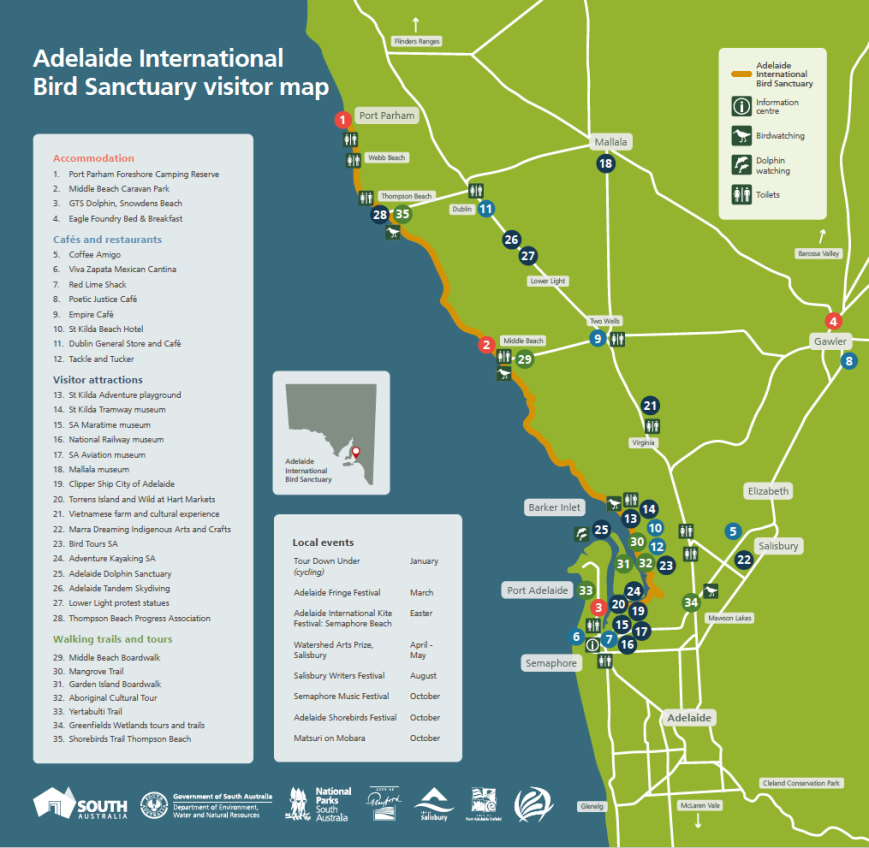 Above:- Map of the Adelaide International Bird Sanctuary, courtesy of National Parks SA

2 thoughts on “A brand new National Park in VK5”