After finishing off chatting with Noel and Anne at Mount Gawler, I decided to drive down the road to the Para Wirra Conservation Park 5CP-275 and VKFF-1739.  I had never activated from this park before, so it was to be a unique park to add to my activator list for both the World Wide Flora Fauna (WWFF) program and the VK5 National & Conservation Parks Award.  The park is situated about 40 km north east of Adelaide. 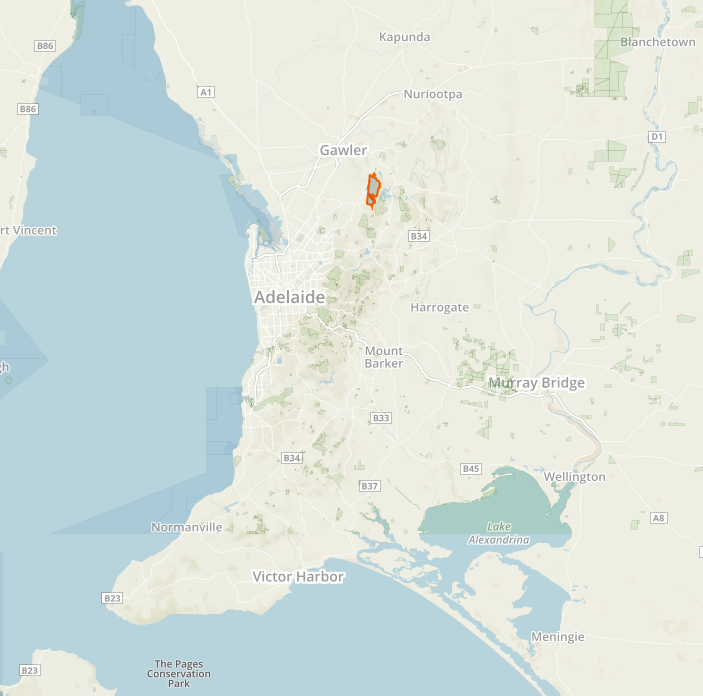 Above:- Map showing the location of the Para Wirra Conservation Park, north east of Adelaide.  Map courtesy of Protected Planet.

Para Wirra, which is about 1,507 hectares in size, has only just recently been gazetted as a Conservation Park.  The park was originally established as a National Park in 1962, initially catering to a range of pursuits including tennis and other sporting activities.  Today the park provides a wide range of facilities including gas barbecues, picnic tables, a playground, and various walking trails ranging from 1.3 to 8.4 km in length.

The vegetation in the park is mainly open forests of Long-leaf Box, Pink Gum, South Australian Blue Gum, and River Red Gum, with an understorey of Yacca and various heaths. 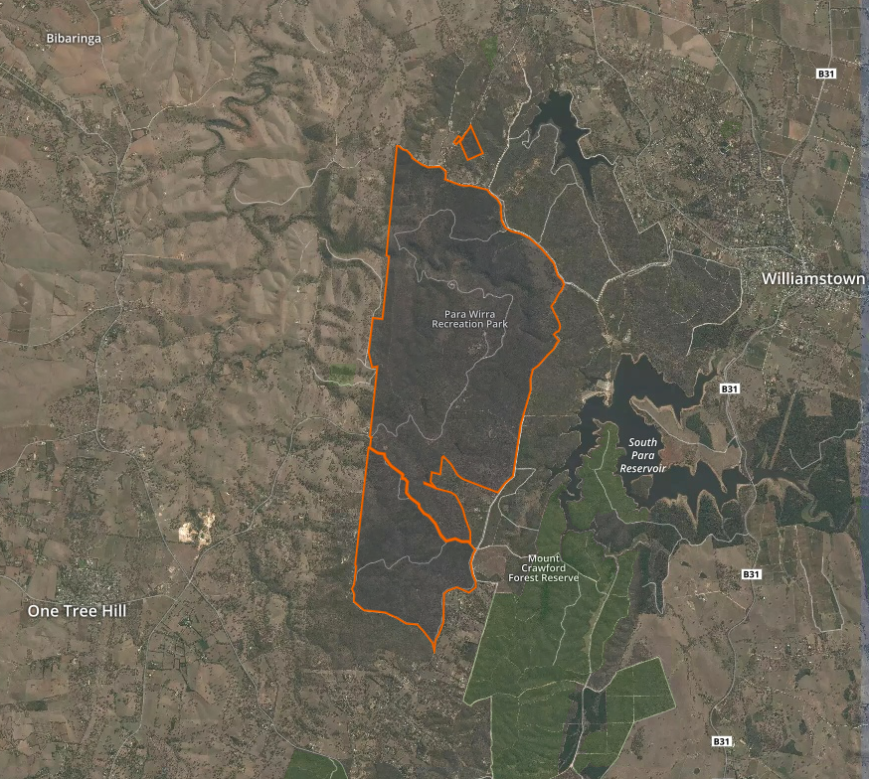 Above: Aerial shot showing the Para Wirra Conservation Park, with the nearby towns of Williamstown and One Tree Hill.  Image courtesy of Protected Planet.

The trees of Para Wirra provide hollows for possums and parrots to make their homes.  Kangaroos and emus are common throughout the park, as are short-beaked echidnas.  Over 100 species of bird call the park home, including the Scarlet Robin, Blue Wren, and Eastern Spine Bill.

The landscape has been significantly changed by mining and grazing, but has recovered well since grazing has been managed in recent years.  The poor quality of soils in the park is reflected in the local names of Misery Farm and Humbug Scrub.

The park is also home to the Barossa Goldfields, where ruins can be discovered from the once thriving mining operation.  Gold was discovered in the area in 1868 by Job Harris (b. 1840.  d. 1882), the publican of the Sandy Creek Hotel.

Above: Job Harris, and an article from the South Australian Register, Fri 3 Feb 188 re the goldfield.  Courtesy of Wikipedia and Trove.

A total of 50,000 oz of gold was extracted during the rush that followed.  Up until the mid 1930’s, small scale mining continued in the area.  Interpretive signs explain the days of gold mining in the are, with Bowden Cottage acting as a museum run by the Barossa Goldfields Historical Society.  Unfortunately I did not have the time to explore this part of the park, but as Arnie says ‘I will be back!’  More information on the Barossa Goldfields can be found at…..

I entered the park via Humbug Scrub Road and paid my $10.00 entry fee.  It just so happened that the local Park Ranger was collecting the money from the deposit point, so I stopped and had a chat for around 10 minutes.  I showed him my radio gear and explained about amateur radio and the parks awards.  It was good to have some positive interaction with National Parks staff.

It was slow going in the park as it was alive with Western Grey kangaroos. 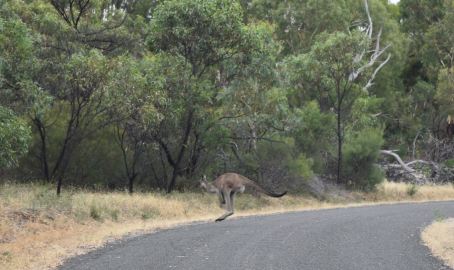 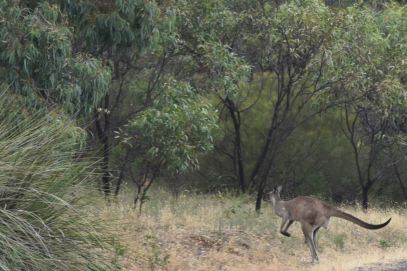 I headed to a little picnic area off Scenic Drive in the centre of the park.  As it was quite a warm and humid day, I was very pleased to find a shelter shed which afforded some very welcome shade from the sun.  I ran the Yaesu FT-857d, 40 watts output, and the 80/40/20m linked dipole and a 15m dipole for this activation.  Both supported on a 7 metre heavy duty telescopic squid pole.

Above:- Map showing my operating spot within the park.  Map courtesy of National Parks SA.

As I drove into the park I telephoned John VK5BJE and asked if he would mind placing an alert for me, which he kindly did.  So it was pleasing that John was my first station logged at Para Wirra after I asked if the frequency was in use on 7.144.  I didn’t even get the opportunity of calling CQ.  Following on from John, Rob VK4AAC/2 called in, and then Dennis VK2HHA, followed by park hunter extraordinaire Rick VK4RF/VK4HA.  I think Rick appears in the log of most of my Parks and SOTA activations.

The band conditions on 40m seemed to be down a little, but I was pleased that at least there was some short propagation with a handful of South Australian stations being logged.  But it was very slow going.  Average band conditions and a weekday were not contributing to filling up my log.  I worked a total of 14 stations on 40m from VK1, VK2, VK3, VK4, and VK5, before I decided to have a listen on 80m.

My first taker on 80m was Adrian VK5FANA on the Yorke Peninusla with a nice 5/7 signal (5/6 received).  Next up was Alan VK5FD, followed by Damien VK5FDEC running QRP (5/5 sent and 5/6 received).  Damien dropped his power down to 500 milliwatts and was 5/3 to me.  Finally I logged John VK5BJE who was a little lighter on 80m compared to the 40m band. 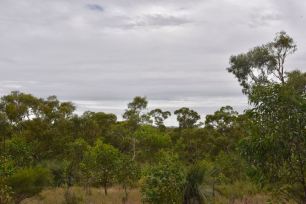 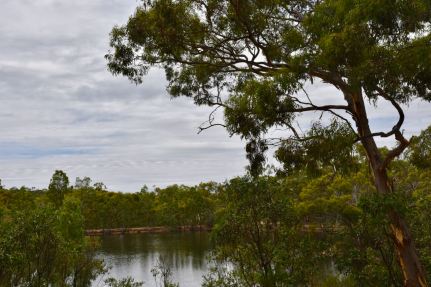 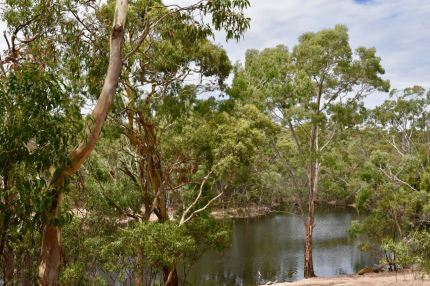 I then moved to 20m where a large number of CQ calls went unanswered.  However I did manage three contacts and one of those was Eric BD4CZX in Shanghai in China.  It was a bit of a struggle with Eric at times but we made it.  Eric was hearing me better than I was hearing him (4/3 sent and 5/5 received).  I have not worked China very often whilst out portable, so I was really pleased when Eric called me.

I headed back to 40m where I spoke briefly with Mick VK3GGG.  I had worked Mick earlier on 40m, but he called in to let me know my signal had improved a little.  Mick was kind enough to spot me on parksnpeaks which I am sure resulted in a few more callers.  Thanks Mick.  I worked 10 stations from VK2, VK3, and Vk7.

I then decided to try my luck on the 15m band.  I called CQ on 21.244 and this was answered by Kio JA8RJE with a nice 5/7 signal from Japan.  But sadly Kio was my only caller on 15m so I headed back to 40m with a total of 32 stations in the log.  I needed a further 12 to qualify the park for the global WWFF program.

The first station logged after returning to 40m was Owen VK4FADW with a very nice signal (5/7 both ways), followed by Frank VK7BC who was booming in from Tasmania.  I was slowly getting towards the magic number of 44, but the static crashes on the band were also increasing in strength.  Justin VK7TW was my 44th contact, with Don VK3MCK rounding off the activation.

I had a total of 45 contacts in the log and had enjoyed the activation despite it being quite slow at times.  It was just after 5.00 p.m. local time and I needed to pack up and head home, as my wife Marija , my daughter Olivia, I were heading off to Victoria the following morning, for a holiday in Ballarat.

Thanks to everyone who called and many thanks to those who took the time to spot me. 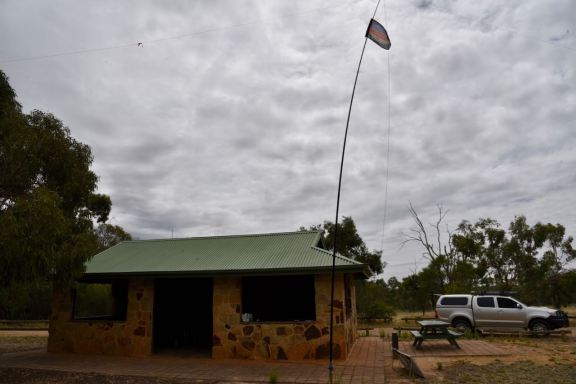 I worked the following station on 15m SSB:-