For last night’s (3rd March 2017) Friday event for the VK5 National & Conservation Parks Award, I activated the Spring Mount Conservation Park 5CP-219 and VKFF-0789.  The park is located about 71 km south of Adelaide and about 15 km south east of the town of Myponga on the Fleurieu Peninsula.  I have activated this park previously back in December 2013 and October 2014, but the park was not in the World Wide Flora Fauna (WWFF) Directory back then.

Spring Mount is 270 hectares in size and was first proclaimed on 3rd February 1966 as Spring Mount Wildlife Reserve.  It was re-proclaimed on the 27th April 1972 as a Conservation Park.  Additional portions of land were added to the park in September 1973 and again in October 2013.  The park is mostly open forest of Brown Stringybark and Messmate Stringybark, with understorey plants including Myrtle Wattle, Beaker Hakea, and Yacca.  It is without a doubt, one of my favourite parks.

The park is home to a large amount of native wildlife including Western Grey kangaroos, and echidnas.  More than 90 species of bird have been recorded in the park including Adelaide Rosella, White-throated Treecreeper, Superb Fairywren, Scarlet Robin, Beautiful Firetail, and Sacred Kingfisher.

After leaving the Myponga area I travelled along Hindmarsh Tiers Road towards the park.  I took a small detour and headed along Hammond Road.  I wanted to do a ‘reccy’ on another park, the Gum Tree Gully Conservation Park.  This park has never been activated before and is surrounded by farmland.  I wanted to do a quick ‘door knock’ of surrounding properties to see if there was a way into the park.  I found a house at the end of Hammond Road which almost appeared abandoned and I was unable to raise the occupants.  On the other side of the road was a locked gate leading to a farmhouse.  So I will have to undertake some more enquiries re this park. 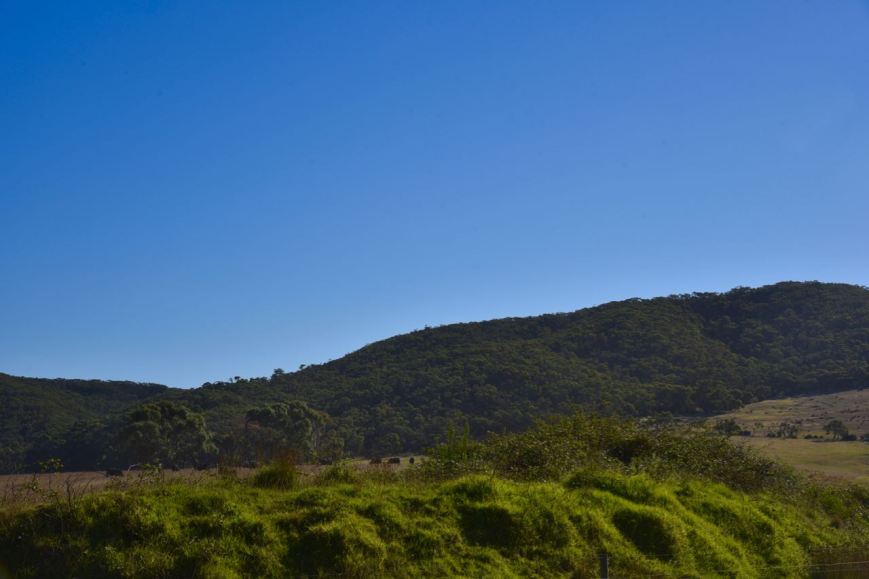 I continued a short distance up Hindmarsh Tiers Road and then turned right onto Spring Mount Road.  There were some fantastic views to be enjoyed of the Hindmarsh Valley.  I then turned left onto Mount Alma Road.  The park immediately came into view on my right hand side.

Above:- views from Spring Mount Road of the surrounding countryside

In the past I have set up here in the north western corner of the park.  But this time I decided to have a look a little further down Mount Alma Road.  I initially went to gate 4 where there is a walking trail leading through the park.  It was a warm afternoon and there was plenty of shade here.  But I also wanted to put out the solar panels, and there wasn’t enough sunlight coming in through the trees.  So I decided to try another operating spot.  But before leaving here, I went for a 30 minute walk through the park.

There is a fire access track at this point which leads from the eastern side of the park over to the western side.  I highly recommend this walk as you get a real feel for the park which is truly quite spectacular. 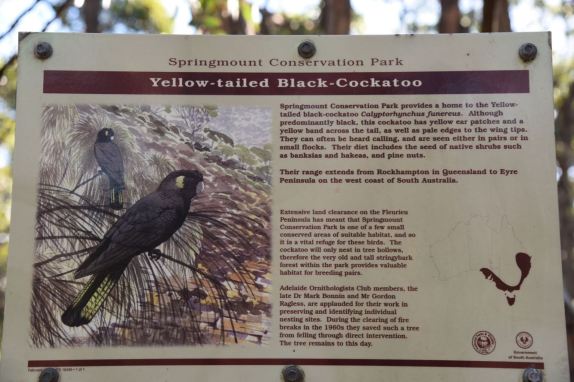 After getting back to the vehicle I drove to the southern boundary of the park, keeping an eye out for possible operating spots along the way.  Whilst doing so I received a text message from John VK5BJE advising that he was in the Scott Conservation Park on 3.610.  So I headed to 80m and worked John from the mobile (5/7 both ways).  I told John  that I would be up on air in around 5-10 minutes and that I would come looking for him for a Park to Park contact once I was set up.

Above:- Mount Alma Road, which dissects the park

I decided that gate 6 offered a good operating position.  There was a cleared access track around this section of the park and there was some shade, but also some sun for the solar panels.  For this activation I ran the Yaesu FT-857d, 30 watts output and the 80/40/20m linked dipole, supported on the 7 m heavy duty telescopic squid pole. After quickly setting up I headed to 3.610 and found John VK5BJE still there calling CQ.  So John became my first contact for the activation.  And he was a very good 5/9 plus.  It was a nice way to start the activation, with a Park to Park contact.  John kindly handed the frequency over to me and I started calling CQ.  This was answered by Hans VK5YX who was also 5/9 plus.  A great signal.  I then spoke with Les VK5KLV who was portable in the Winninowie Conservation Park VKFF-0820.  Les was a good 5/7 signal, and it was pleasing to have another Park to Park contact in the log after just 3 QSOs.

Unfortunately I had very patchy phone coverage so I was unable to spot myself on parksnpeaks and Facebook.  But I did manage to work a further 6 stations on 80m, from VK3 and VK5.

I lowered the squid pole and removed the 80m section links and headed to the 40m band.  Prior to calling CQ I had a tune across the band and found E51DWC from the Cook Islands, calling CQ on 7.130.  He was a good 5/9 to me, but sadly, despite numerous calls to him, he was unable to hear my signal.  I then headed to 7.144 but found a USA station on 7.146, so I dropped down to 7.140 and started calling CQ.  This was answered by Dianne VK4DI, followed by Peter VK3TKK mobile, and then Mick VK3GGG/VK3PMG.

But it was very slow going for a Friday evening, and it looked like it was going to be a real struggle to reach the 44 QSOs required to qualify the park for WWFF.  I logged 14 stations on 7.140 from VK1, VK2, VK3, VK4, VK5, and VK6, before callers completely dried up.  So I tuned across 40m and found Lewis VK2FGLB calling CQ, running just 5 watts QRP.  Lewis had a very nice 5/8 signal with his low power from Sydney. 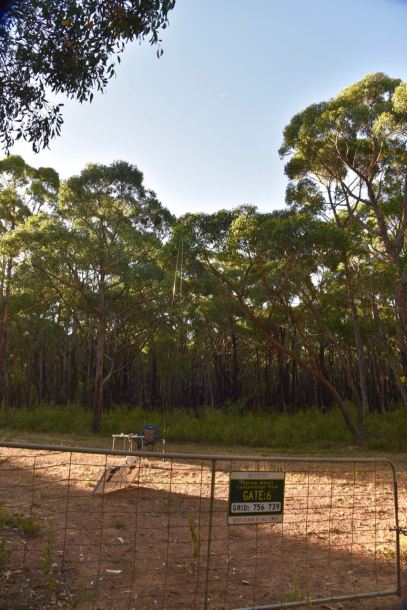 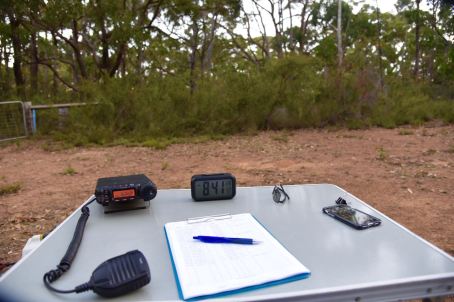 I then headed to  the 20m band and started calling CQ on 14.310.  This was answered by Hans VK6XN with a good 5/8 signal.  But we were competing with the Over the Horizon Radar which was 5/9 plus.  Despite numerous CQ calls my only other taker on 14.310 was Jim VK6ZMR.  I tuned across the 20m band and the only European signal I heard was IK4GRO in Italy, who was only 5/3.  I also heard some Chinese speaking stations on 14.270.  But the stand out signal on 20m was Ken JH1CD on 14.187, who was 5/9.  I patiently waited for Ken to finish his QSO and I gave him a shout.  Ken was quite astounded when I told him I was only running 30 watts and a little bit of wire.  There was no doubt that Ken’s 12 element beam (5 active elements on 20m) was doing all of the hard work.

I then headed back to 40m and found that the band was very busy.  I found 7.135 clear ans started calling CQ and this was answered by Ivan VK2FZED, followed by Barry VK3LBW and then Greg VK5GJ.  The static crashes had increased a bit in strength, but overall band conditions on 40m seemed to e very good.  I worked a total of 17 stations from VK1, VK2, VK3, VK4, and VK5.  A few stations had asked if I was going to try 80m, so I decided to head back to that band.

It was now approaching 9.00 p.m. local time and I was keen to book in to the 7130 DX Net.  So I headed back to 40m and checked into the net, where I worked a total of 11 stations.  This included some nice DX contacts: Rafael KP4WW in Puerto Rico, Otap YC7TUU in Indonesia, and John W3UX in the USA.  It was also nice to work Greg VK8HLF in Darwin, 3000 km to my north.  Greg had a booming 5/9 plus signal. 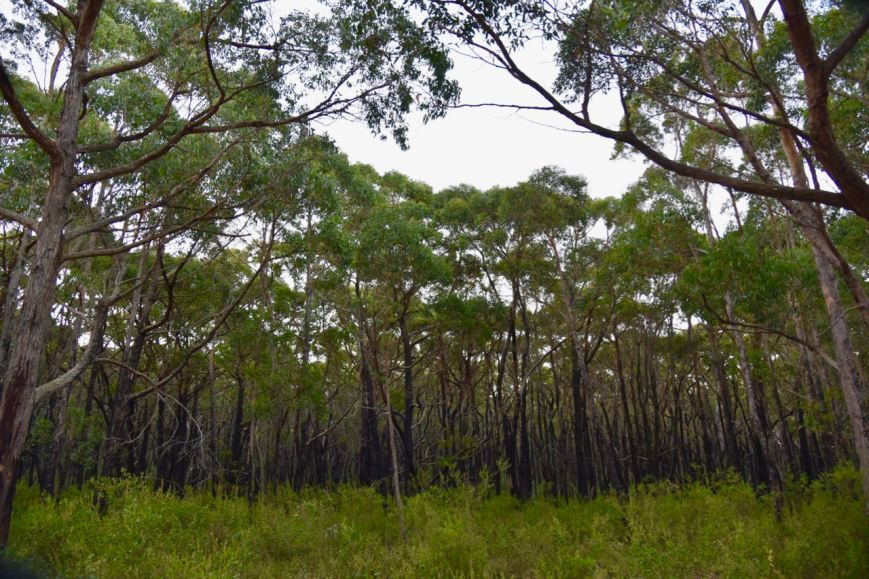 At the end of the net I moved up to 7.135 and worked 6 stations from VK2, VK6, and VK7.  This included John VK6VZZ who was mobile (5/7 both ways).  Time was marching on, and I had an hour drive to get home, avoiding the kangaroos.  But before going QRT I had a tune around the 40m band and found Jim WB2REM’s net in full swing on 7.163.  I patiently waited while the VK’s on the net worked a number of USA stations.  Jim then asked if there was any further DX and I gave him a shout.  Sadly, only Jim WB2REM in Florida, and Richard K2KA in Massachusetts were able to hear my little signal. 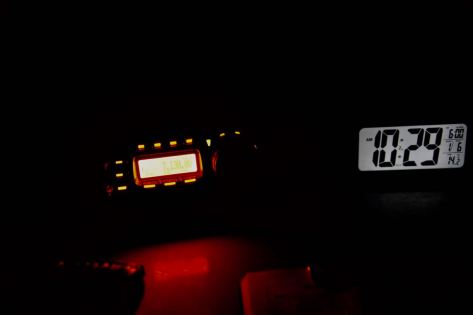