I didn’t plan on doing a park activation today (Saturday 2nd September 2017), but with a number of other park activators out in the field, and my wife Marija having an afternoon with her girlfriends, I decided to head down the road to The Knoll Conservation Park 5CP-229 & VKFF-0937.  Although I have activated the park previously, this activation was to go towards the recently released Boomerang Award for the World Wide Flora Fauna (WWFF) program. 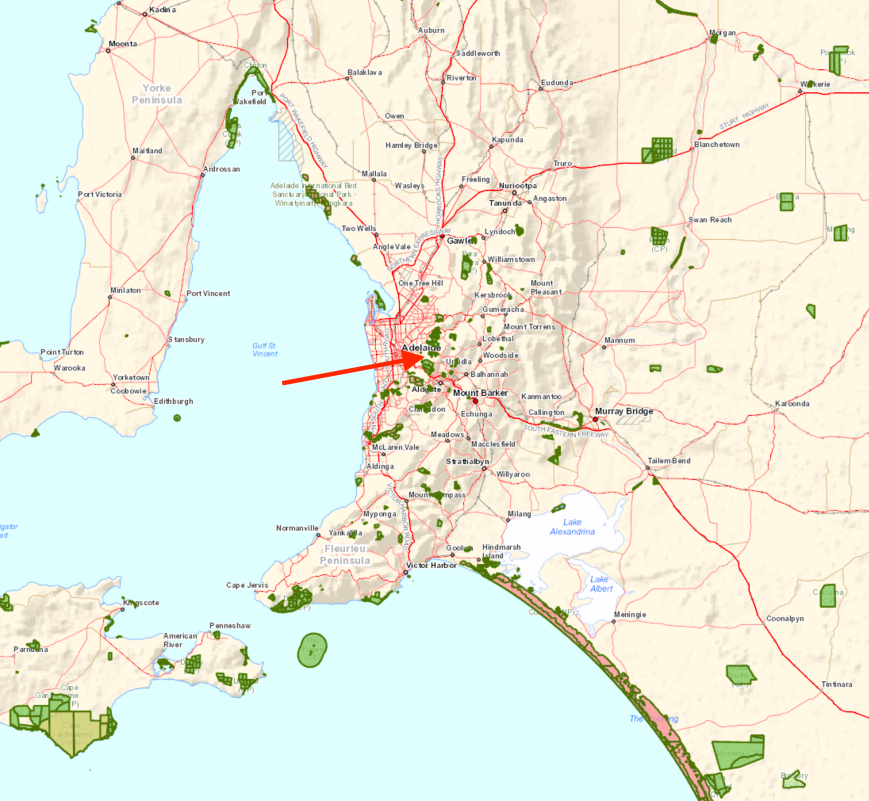 Above:- Map showing the location of The Knoll Conservation Park in the Adelaide Hills.  Map courtesy of Location SA Map Viewer.

The Knoll Conservation Park is located at Crafers West, about 20 kms south east of Adelaide, in the Mount Lofty Ranges ‘Adelaide Hills’.  Access to the park is via Upper Sturt Road, slightly south of Sheaok Road.  The Knoll sits on a small crest, about 640 metres above sea level. Above:- Aerial shot showing the park, looking north west towards the northern suburbs of Adelaide.  Image courtesy of Google Maps.

The area was originally donated to the South Australian State Government in 1917 by James George Russell (1848-1918), a lawyer and public servant.  He was a master of the Supreme Court and the Commissioner of Taxes. 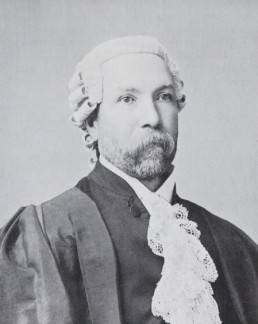 The park is surrounded by private properties.  Due to the relatively steep sides of the park, it renders the area unsuitable for agricultural purposes, and as a result, the scrub is intact.

On the edge of the park is a large Manna gum, known locally as the Waverly Ridge Tree.  It is believed the tree’s date of germination is January 1714 and as a result it is classified with the National Trust.  The tree is about 24 metres in height and has a diameter of 2 metres.  There are only five other trees of this sub-species on the register and only one is larger in girth. The sub-species is rated “Rare” in South Australia in the National Parks and Wildlife Act 1972. 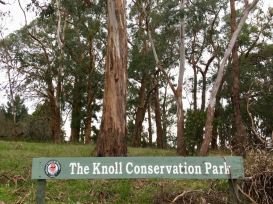 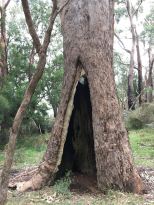 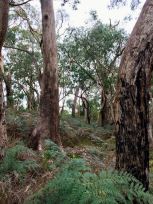 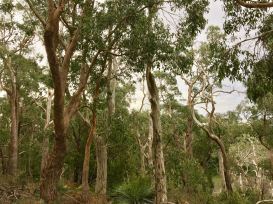 There are some very nice views to be had from the park, looking east through the trees out towards Victoria (VK3). 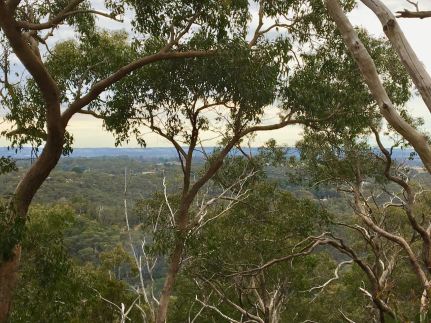 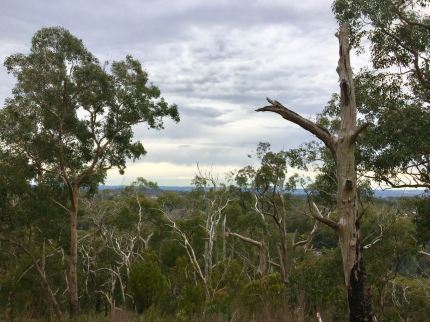 There is a tower in the park which hosts Telstra and CFS services, however no noticeable noise from it can be heard on the bands. 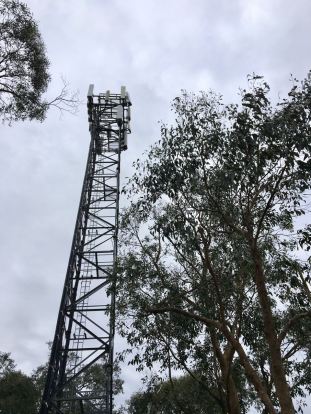 I parked the vehicle in the small car parking area out the front of the park.  I then walked a short distance along the track leading to the tower, and set up.  I ran the Yaesu FT-857d, and the 20/40/80m linked dipole for this activation.  My power output was 40 watts. Sadly there was an S5-6 noise in the park, most likely due to the nearby houses.  So it wasn’t the pristine conditions I normally experience in parks.  Before calling CQ I hunted around the band for the park activators I knew were out and about.  My first four contacts were with:-

I then propped on 7.110 and called CQ and it wasn’t long before I had a little pile up going.  First in the log was Rob VK2QR with a very strong signal, followed by Peter VK3TKK mobile, Dennis VK2HHA, and then Sergio VK3SFG.

My next Park to Park contact, was QSO number 13, with Peter VK3ZPF/p who was in the Upper Beaconsfield Nature Conservation Reserve VKFF-2219, one of the newly added Victorian parks to the World Wide Flora Fauna program.  I worked a handful more stations and when things slowed down I took the opportunity of sliding down the band to log Helen VK7FOLK/p on 7.090 who was in the Ferndene State Reserve VKFF-1802.

I headed back to 7.110 and logged a further 25 stations including a Park to Park with Jonathan VK7JON in the Ferndene State Reserve VKFF-1802.  It was now around 3.30 p.m. local time and the band was starting to open up with DX stations.  PI4ZU from the Netherlands came up on the frequency and started calling CQ, but his signal was not all that strong, so it didn’t present a huge problem.

Much to my surprise Marija then arrived at the park and I convinced her to pick up the mic to get her 10 contacts to qualify the park for VKFF. 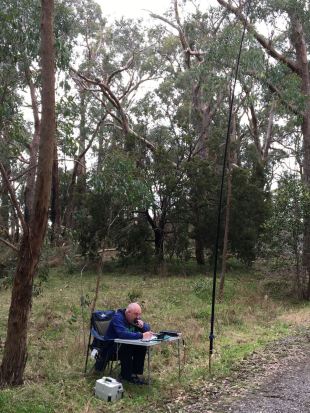 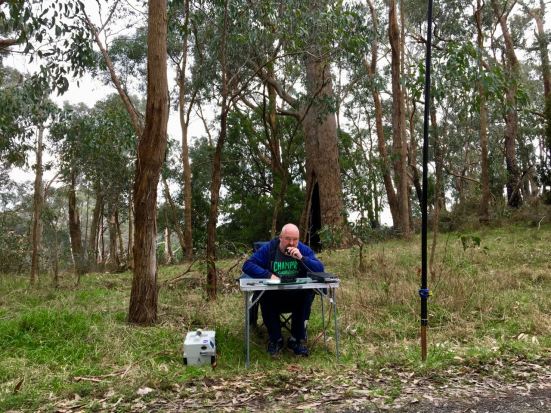 It seems a ladies voice on air certainly stirs up the hunters, as it did not take long for quite a large pile up to ensue.  First in the log for Marija was Geoff VK3SQ, followed by Michael VK3IRM, and then Les VK5KLV/p who was in the Upper Spencer Gulf Marine Park VKFF-1757.  Whilst Marija was on air I went for a bit of a walk through the park to take some photographs.  Unfortunately I had left the good camera at home, so I relied on the i-phone.

Marija logged a further 29 QSOs including the following Park to Park contacts:- 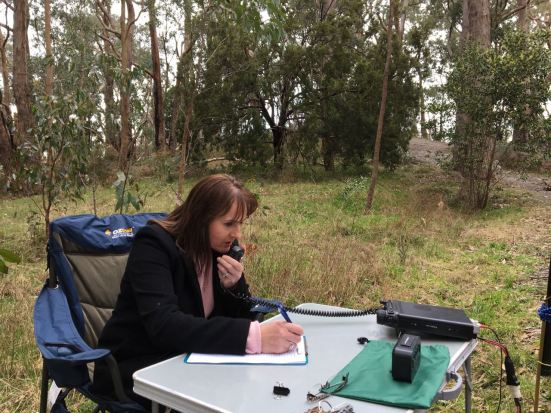 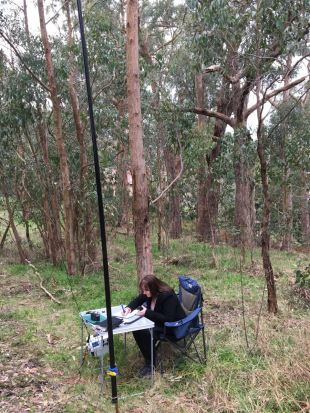 Marija decided to head home, so I jumped back on the mic and logged a further 11 stations on 04m including a Park to Park with Les VK5KLV/p in the Upper Spencer Gulf Marine Park VKFF-1757.

At about 4.30 p.m. local time I headed off to the 80m band where I called CQ on 3.60.  This was answered by Geoff in Beechworth, followed by Mick VK3GGG/VK3PMG in western Victoria, and then Adrian VK5FANA on the Yorke Peninsula.  All had strong signals and highlighted again that the 80m band is definitely worth giving a shout during an activation.  I logged a further 4 stations on 80m including Les VK5KLV/p in the Upper Spencer Gulf Marine Park, and Marija VK5FMAZ who had now arrived home.

I then lowered the squid pole and removed the links and headed to 14.310 on the 20m band.  Once there I heard Fred VK4FE/p chatting to Phil VK6ADF/p.  I logged both of these gentlemen for two more Park to Park contacts.  Fred VK4FE was in the Undara Volcanic National Park VKFF-0506, and Phil VK6ADF/p was in the Beekeepers Nature Reserve VKFF-1845.

To finish off the activation I headed back to 40m where I logged a total of 8 QSOs including Mike ZL1MRC in New Zealand and a Park to Park with VK6ADF/p in the Beekeepers Nature Reserve.

It was now about 5.30 p.m. and starting to get a bit cool, so it was time to pack up and head home.  I had a total of 73 contacts in the log, including 13 Park to Park QSOs.  It had been a terrific afternoon. 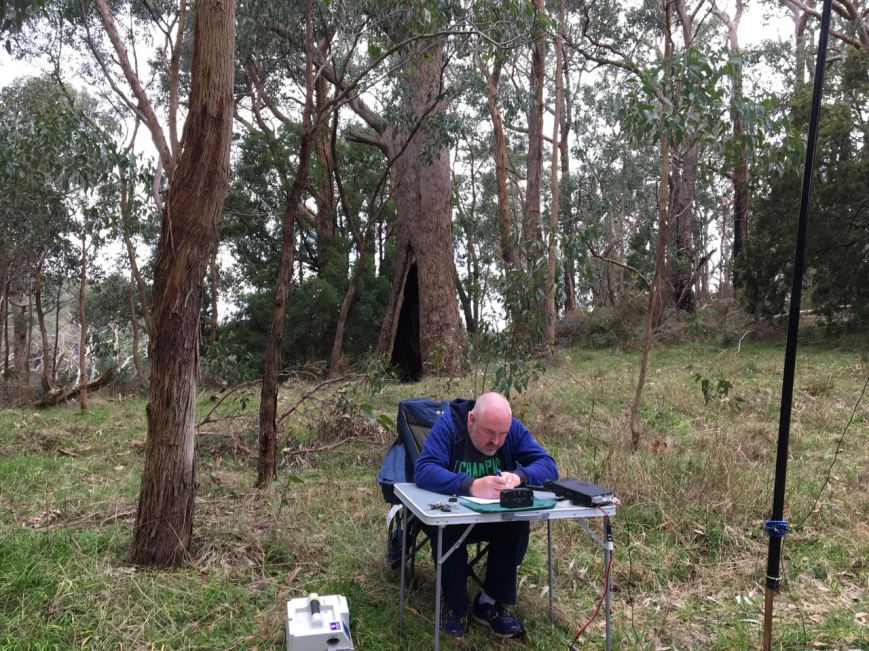 Heddle; E, 1975, ‘Effects of Man on the vegetation in the National Parks of South Australia’.