The final day of our trip had arrived, day 16 (Sunday 19th November 2017).  We had a 492 km drive ahead of us from Ararat in western Victoria to our home in the Adelaide Hills. Above:- Map showing the route between Ararat in western Victoria to our home in the Adelaide Hills.  Map courtesy of Plotaroute

Although we didn’t have anything official down on our itinerary for this final day, we decided to activate the Deep Lead Nature Conservation Reserve No. 1 VKF-2033, which is located about 241 km north west of Melbourne, and just 5 km out of the little town of Stawell. 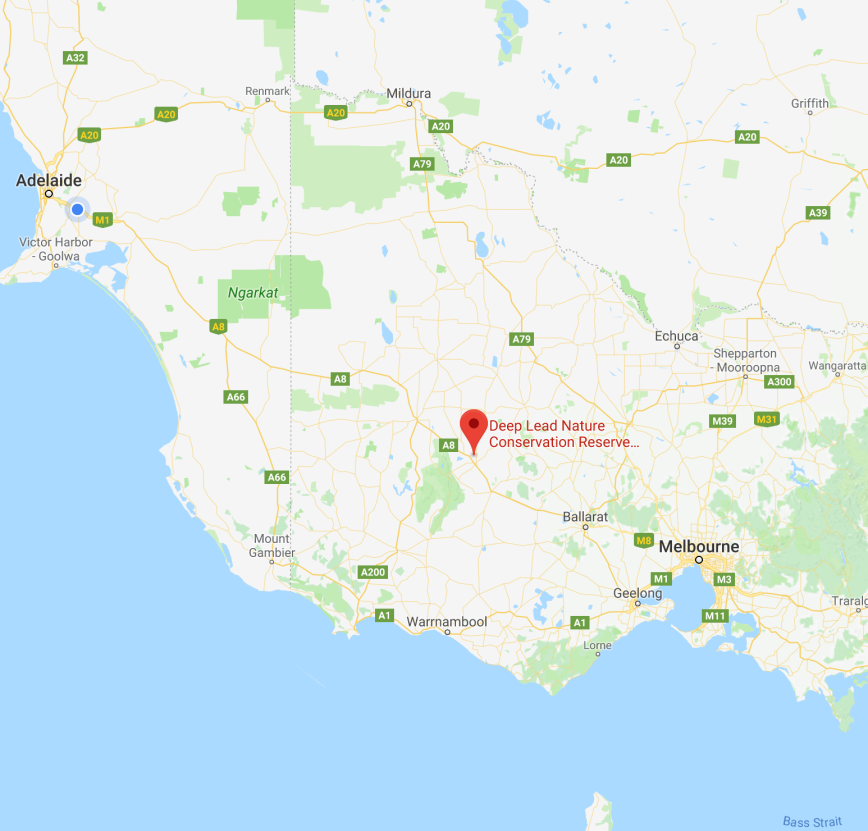 We left Ararat after breakfast and headed west on the Western Highway.  We hadn’t got far out of Ararat and we encountered the scene below.  A B-Double truck had run off the road, fortunately to the left and had rolled into a ditch on the side of the road.  Luckily he had not drifted to the right and collided with an oncoming vehicle.  We waited for around 10 minutes until the police allowed us through.

Marija and I then drove in to the little town of Stawell.  Whenever we are in this part of Victoria we stop off at the Stawell Bakery which has regularly won the award for the best vanilla slice in Australia.  We also were in time to have a look at the clock tower at the Town Hall.  The animated clock and bells chime every hour. 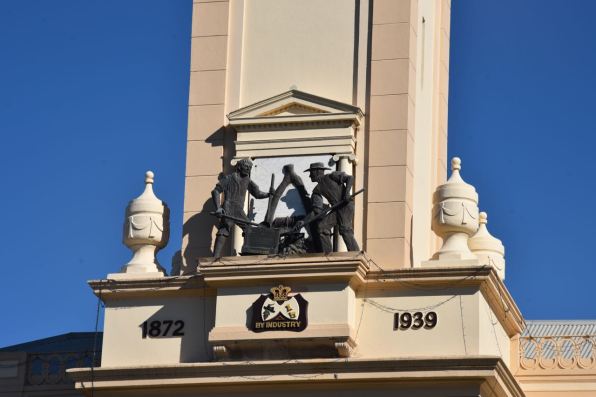 Just out of Stawell we stopped to have a look at the monument to commemorate the exploration of this part of Victoria by Major Thomas Mitchell, Surveyor-General of the Colony of N.S.W., and his party, in 1836.

A little further down the road, not far from Deep Lead is the Doctors Hill Monument.  It commemorates the establishment and erection in 1859 of the first Pleasant Creek Hospital, which served the needs of the gold miners and the rural community of western Victoria. 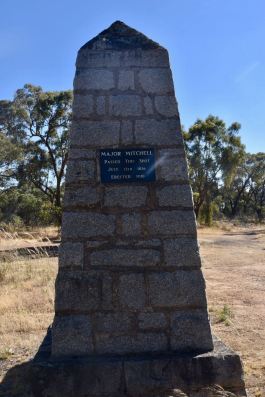 We soon reached the area of Deep Lead.  It’s not a town, but rather a geographical area.  There isn’t much here, other than a small hall, a monument

Thousands of miners and their families headed to the Stawell are following the discovery of gold in 1853.

Above:- Gold diggings at Ararat.  Courtesy of wikipedia

We turned down Cross Street off the Western Highway and crossed the Adelaide-Melbourne railway line and soon found the park sign.

The Deep Lead Nature Conservation Reserve contains forest eucalypts which provides a habitat for a range of native birds and mammals.   The Reserve consists of two parts, number .1 and number .2 and is about 1,1823 hectares in size.

The Deep Lead Nature Conservation Reserve is the most western area of Victoria’s Box-Ironbark forest and woodland.  Once covering about 3 million hectares, today only 17% of the original forest remains.  It has been described by the Environment Conservation Council as ‘one of the most important sited for nature conservation in Victoria.   It supports at least 21 threatened species, including three plant species not found anywhere else in the world‘.  A total of 350 species of native plants has been recorded in the park.  Native flora found in the park includes Red Ironbark, Yellow Gum, Yellow Box, Longleaf Box, Red Stringybark, River Red Gum and Grey Box.  Wattles, particularly Golden Wattle, dominate the heathy shrubs, often in the company of small orchids. 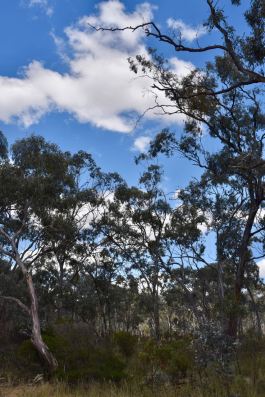 A large amount of birdlife can be found in the park including Long-billed Corellas, Sulphur-crested Cockatoos, honeyeaters, parrots and lorikeets.  During winter, the endangered Swift Parrot flies in to the area from Tasmania to feed on the flowering gums.  Various native mammals call the park home including Western Grey kangaroos, Swamp wallabies, Sugar Glider, and the endangered Squirrel Glider. 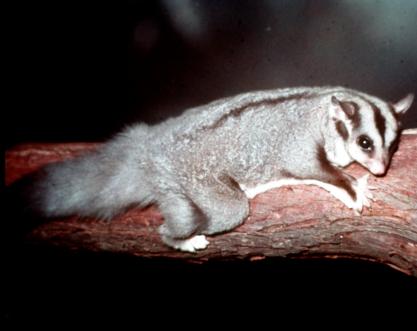 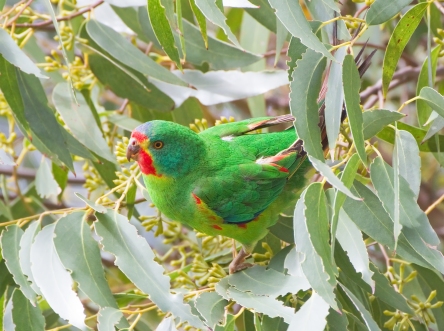 Above:- Aerial shot of the park showing our operating spot.  Image courtesy of google maps

Marija kicked off this activation and called CQ on 7.090.  We stayed clear of 7.144 due to the fact that it was a Sunday, and the higher portion of the 40m is always full on Sunday mornings with the Wireless Institute of Australia (WIA) broadcasts.  Marija’s first caller was John VK5BJE in the Adelaide Hills with a strong 5/9 signal.  This was followed by Les VK5KLV in Port Augusta who was also 5/9.  A few QSOs later Marija logged Al VK1RX/2 who was activating SOTA peak VK2/ ST-042.  Marija soon had 10 contacts in the log.  It only took Marija about 10 minutes, with contact number 10 being a QSO with Gerard VK2IO.

I then jumped on the mic and started calling CQ.  My first in the log was Al VK1RX/2 on his SOTA peak VK2/ ST-042, followed by Gerard BI2IO, Les VK5KLV, and then John VK5BJE.  All had strong signals.  My 10th contact came 16 minutes into the activation, that being a QSO with Rick VK4RF.  I logged a total of 38 stations on 40m including Chris VK5CP who was running QRP 1 watt.  I also spoke with Mas JA7FAS who was holidaying in South Australia, and using his Australian call of VK5FAS.

I then headed to 3.610 on the 80m band where I worked 7 stations from VK3 and VK5.  I then moved back to 40m and worked Peter VK3PF after the rollover, who told me that Marc VK3OHM was up the band working from a park.  So I went up to 7.125 where I logged Marc VK3OHM who was activating the Great Otway National Park VKFF-0405.  I then moved back to 7.090 where I logged 8 stations from VK2, VK4, VK5 and VK7, before I started to experience some interference from the VK6 WIA broadcast.

During the activation I spoke with Kevin VK3VEK who lives at Stawell and we arranged on air for him to pop out to say hello.  It was great to catch up with Kevin.  We had spoken many times on air but have never met.  Other than having a good chat, I showed Kevin my portable station and he seemed keen to give parks operating a go in the near future.

After leaving the park we headed towards Horsham and caught up with my Uncle and Aunty, and some of my cousins and their families.  On the way I spoke with Ron VK3MRH, Peter VK7RN, and Robert VK7VZ/2 from the mobile.

After a really enjoyable few hours visiting the rellies in Horsham, we hit the road again.  On the Western Highway between Nhill and Kaniva, Marija and I spoke with Glenn VK3YY/p who was activating SOTA summit VK3/ VN-005.

Marija and I then crossed over the South Australian border and stopped briefly to have a look at the early settlers cottage just out of Keith.  The cottage dates back to 1894 and was built by the Davis family.  The cottage features natural bush timber, railway iron, sleepers and local limestone. 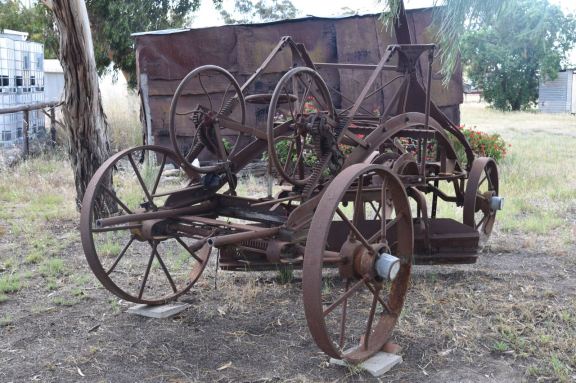 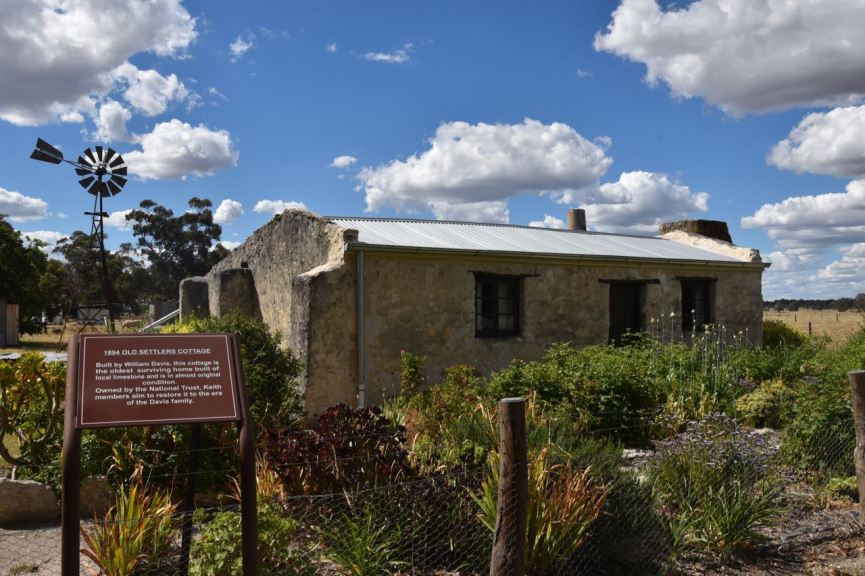 Our next stop to stretch the legs was the little town of Ki Ki on the Dukes Highway.  Ki Ki is aboriginal for ‘food and water’.  The town’s history dates back to the late 1800’s, but it was not proclaimed a town until 1913.  Sadly there is not much here now, of what once once a vibrant town.  The Ki Ki school closed in 1960 and the shop closed in 2003. 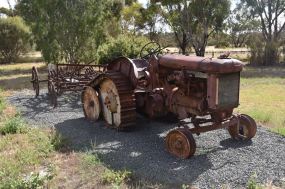 It was approaching dinner time, and Marija and I stopped off at the Tailem Bend Hotel, but unfortunately it was not open for another 45 minutes.  We have enjoyed a great meal here previously, so we decided to fill in the time having a look around the town.  We had a look at the ‘Tailem Bend Uneek Animals’ exhibition which was only opened on the 10th November 2017.  We also took a trip over the ferry to Jervois and back.

We returned to the pub, and as we had experienced on a prior occasion, we enjoyed another excellent meal.  Marija and I cam highly recommend the Tailem Bend Riverside Hotel.  There are some great views here as well of the mighty Murray River. 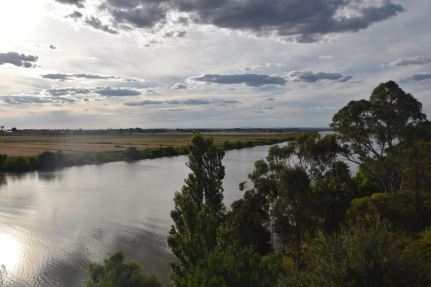 About 45 minutes later and we were home.  It was the end of a great 2 weeks away.

2 thoughts on “Day 16 and our final activation, the Deep Lead Nature Conservation Reserve No. 1 VKFF-2033”