During the past couple of weeks, a number of VK amateurs have been aiming for Summit to Summit (S2S) contacts with European & UK SOTA activators.  Andrew VK1NAM has been leading the charge, and has been very successful in bagging some great S2S contacts and also along the way some general DX QSO’s with SOTA Chasers in Europe.  Check out Andrew’s WordPress site at…..

As a result, Andrew’s enthusiasm has rubbed off on me, and my interest in keeping an eye on SOTAWatch for European activators has increased (from the comfort of home at this stage).  In the past week I have worked 5 x European/UK SOTA activators:-

My first ever SOTA contact was actually with a DX station.  That was back in December, 2011, and was with Mike, 2E0YYY/p, who was portable on Moel Famau, in WALES.  What an introduction to SOTA.  I would go on to work Mike again in May 2012, and May 2013.

In between time, I had worked a few other DX activators….. 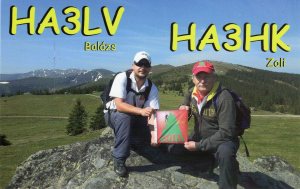 So, on Saturday (23rd November, 2013) I saw that Andrew VK1NAM and Al VK1RX were heading to Mount Taylor, VK1/ AC-037 to see if they could work some DX summit to summit QSO’s.  Surprisingly I could barely hear Andrew & Al on 20m from Mount Taylor.  Normally they both have thumping signals on 14 mhz, but this day their signals were really low down (almost unreadable).  But to my surprise I could hear the SOTA activators in Europe that they were working.  So there was some hope that I could work a few from the comfort of my shack.

I tuned across the 20m band, but sadly could not find any of the European activators, so I headed up to 10m, which is my favourite band, hoping to work some DX.  And much to my surprise, I found Steve, G1INK/p, who was on SOTA peak, Kinder Scout, G/SP-001.  Steve was one of the activators that had previously worked Andrew and Al on 20m.  Activity was pretty quiet, so I called Steve who came back to me (5/4 sent and 5/7 received).  Steve is the leading activator in England, and is currently sitting on 1,011 summits activated, with a total of 4,081 points.  Not a bad effort at all.  I think I have a bit of catching up to do !!!

Below is a photo of Steve….. 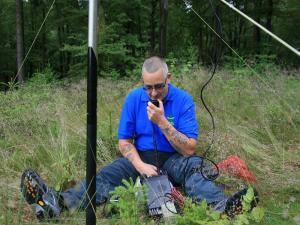 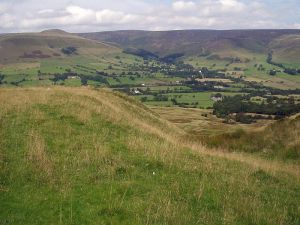 Steve has a terrific You Tube page with lots of videos.  Click on the link below to have a look…..

A week later, on Friday afternoon (29th November, 2013), I saw that Andrew VK1NAM was heading to the hills again in the hope of getting some more European S2S activity.  And he succeeded.  Well done Andrew.  And this time I could hear Andrew well, so I gave him a shout and bagged Mount Taylor, VK1/ AC-037.  He was using a Yaesu FT-857d, 50 watts, into a 20m/40m linked dipole.

I then hunted around the 20m band, hoping to find some of the European SOTA activators.  I managed to track down Klaus, DF2GN/p, who I had heard working Andrew a little earlier.  Klaus was portable on SOTA peak, Hummelsberg, DM/ BW-228 and had a very strong 5/8 signal into my shack.  I received a genuine 5/9 from Klaus.   He was using an inverted L antenna.  Klaus is ranked 16th as an Activator in the DM Association.

Hummerlsberg is located in the Low Mountains in the Bathe Wuerttemberg Region of Germany, and is 1,002 metres above sea level.  It is worth 10 points. 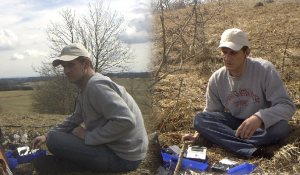 On Saturday afternoon (30th November, 2013), inspired by working Klaus the day before, I had a listen again on 20m.  I had seen a few Alerts on SOTAWatch from European activators indicating that they would be looking for VK Chasers, so this was very promising.

My first contact was with Dinos, SV3IEG/p, who was portable on SOTA peak, Pergari, SV/ AT-033.  Dinos had a very nice signal and I got through first time to him (5/7 both ways).  Hats off to Dinos, because despite having lots of European Chasers, he regularly stopped and called for VK and outside Europe.  Pergari is located in the Attica Region on Greece and is 1,108 metres above sea level.  It is worth 4 SOTA points. 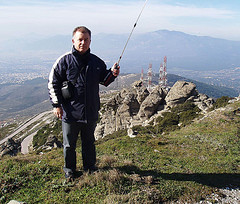 My second contact was with Csaba, YO6PIB/p who was portable on SOTA peak, Clabucetul Taurului, YO/ EC-145.  His signal was down a little bit, but still he was very readable.  (4/3 sent and 5/3 received).  Clabucetul Taurului is located in the Eastern Carpathians Region of Romania.  It is 1,520 metres above sea level, and is worth 8 SOTA points.  This was the first time the summit had ever been activated.

Csaba has a Blogspot.  Click on the following link to have a look….. 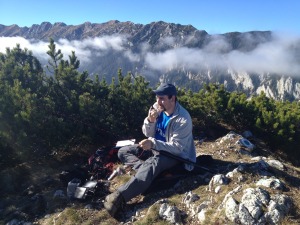 And finally, I saw a spot for Don, M0HCU, who was on SOTA peak, Titterstone Clee Hill, G/ WB-004.  Initially Don was very weak and I was struggling to hear him through the noise from the neighbour’s plasma television.  And when his signal did come up, it was a struggle to break through the European Chaser pile up.  But eventually I did, and got Don in the log (5/3 sent and 4/7 received).  I was Don’s first ever VK SOTA contact.

The summit of Titterstone Clee which Don was sitting on, is bleak and treeless.  It has been shaped by decades of quarrying.  Many of the quarrying structures still remain, and these lend to the ghostly atmosphere of the hill top, especially during the prolonged winter fogs that descend over the hills. 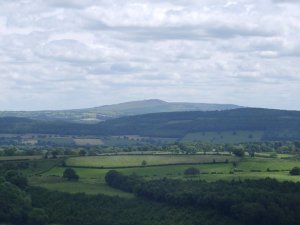 I have worked quite a bit of DX since becoming a SOTA activator in March this year.  But I have never had a DX S2S contact.  I would imagine it would be a real buzz when you receive a call back from someone sitting on top of a mountain overseas.  As Andrew VK1NAM told me, it took him 3 days to come down off his high after getting his first European S2S.

I have now worked 17 different SOTA Associations.  I am now just a few contacts away from qualifying for my Silver Mountain Hunter certificate (2 different / unique summits in each of 10 Associations).