This morning (Friday 31st July 2015) I headed out to the Cromer Conservation Park, which is located about 5 km north of Birdwood in the Mount Lofty Ranges.  It is about a 30 minute drive from home, through the Adelaide Hills.

I had activated Cromer previously as part of the VK5 National and Conservation Parks Award, but this was my first time in the park as part of the World Wide Flora Fauna (WWFF) program.  Cromer had been allocated a VKFF number in March this year.

And today was also World Ranger Day.  World Ranger Day, which is observed annually on the 31st of July, commemorates rangers killed or injured in the line of duty, and celebrates the work rangers do to protect the world’s natural and cultural treasures.  For more information, please see….. 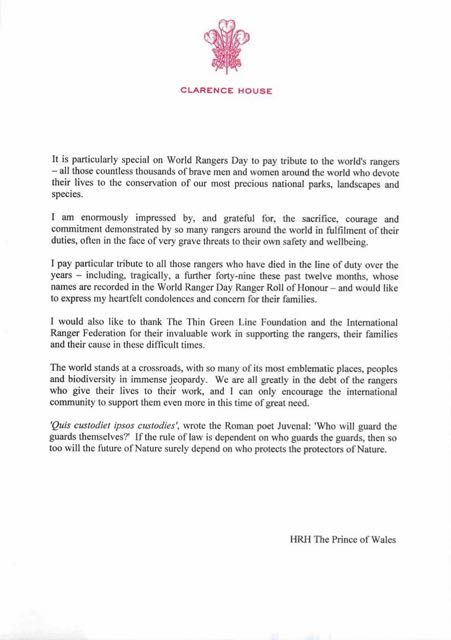 It was a freezing morning, with the Adelaide Hills having had another very cold night and a morning frost.  I was on a day off from work, and had slept in a bit, so it was just after 8.00 a.m. by the time I hit the road.  I had to use a bucket of water to get the ice off the windscreen of the Toyota Hi Lux.  Generally the temperature gauge is accurate, and it was showing 0 degrees C.

Above:- Map showing the location of Cromer CP.  Image courtesy of mapcarta.com

I travelled out through Nairne, to Woodside and then on to the little town of Mount Torrens.  I continued north to Birdwood which is the home of the National Motor Museum.  From Birdwood I travelled north on the Cromer Road which starts off as bitumen, but soon changes to dirt.  The park is located about 5 km out of Birdwood and is well signposted.  The Mount Crawford Forest borders the park and this part of the northern Mount Lofty Ranges is very picturesque.

Cromer CP is 50 hectares in size and represents one of the largest contiguous native remnant vegetation parcels within the Upper Torrens catchment area in the Mount Lofty Ranges.  The park was declared in 1976.  It provides significant habitat for a variety of flora and fauna.  There were quite a few Western Grey kangaroos on the road, braving the morning cold.  And sadly I found a young female kangaroo (doe), dead on the side of the road, not far from the park entry on Cromer Road.  And deceased alongside of her was her young joey which was probably only a few months old.  Obviously she had been hit by a passing vehicle.  Not the most pleasing start to the activation.

I set up my fold up table and deck chair just inside the park entry on Cromer Road.  For this activation I used my normal portable equipment consisting of the Yaesu FT-857d, and my 40m/20m linked dipole, supported on the 7 metre telescopic squid pole.  I tied off the ends of the dipole to some gum trees in the parks, so the ends of the legs were about 4 -5 feet off the ground.

I headed to 7.144 which I had nominated as my operating frequency, and asked if the frequency was in use.  This was immediately answered by Greg VK5GJ at Meadows, in the southern Mount Lofty Ranges.  Greg was running just 4 watts, but still had a good 5/7 signal to Cromer.  Greg kindly spotted me on parksnpeaks.

Next caller was John VK5BJE at Scott Creek with a nice 5/9 signal, who also spotted me on parksnpeaks.  This was followed by Tony VK5FTVR at Strathalbyn who was very strong.  I worked a total of 12 stations before the UTC rollover, in VK1, VK2, VK3, VK5, & VK6.  This included a call from Julie VK3FOWL who was at a school at Ormond in Victoria.  Julie conducts amateur radio classes at schools, and asked if she could call back a bit later with some of the students.  Of course, I agree, as anything to promote the hobby is a great thing.  And Julie and her hubby zJoe VK3YSP certainly do a lot to promote the hobby.  After the UTC rollover I worked a further 5 stations in VK2, VK4, & VK5, before heading off to 20m.

On 20m I called CQ on 14.244 and this was answered by George VK4GSF at Toowoomba with a good strong 5/9 signal.  This was followed by Greg VK5GJ, who although very weak, was very readable.  Again, Greg spotted me on parksnpeaks.  Spotting is very much appreciated, as it not only helps the activator, but also helps the park hunters.

Next up was another Queenslander.  This time, Ron VK4QO with a nice strong 5/9 signal.  My next taker was Brian VK5BC who was kind enough to place me on the DX cluster.  This clearly resulted in my first DX contact for this activation, Dave YB0AJZ in Jakarta.  My laster taker on 20m was Anthony VK6MAC who was portable in the South West of Western Australia.

After working a total of 11 stations on 20m in VK2, VK4, VK5, VK6, VK7 and Indonesia, I headed back to 40m and called CQ again on 7.144.  This was answered by Col VK5HCF at Mount Gambier.  I worked a further 7 stations including Mick VK3PMG who spotted me on parksnpeaks.  Shortly after I was called by Julie VK3FOWL.

When things slowed down a little, I tuned across the 40m band and found Rob VK2QR calling CQ from SOTA summit, Mount Ikes, VK2/ SW-030.  Rob was a very nice 5/9 signal, and is always one of the strongest SOTA activators that I hear on the band.  I headed back to 7.144 and called CQ again, where I spoke with Cleeve VK2MOR, who placed me on the DX cluster.  This was followed by Rex VK3ARG.  But despite a number of CQ calls I had no further callers, so I headed back to 20m for a final listen before going QRT.

I headed to 14.244, but found Colin VK4LAC calling CQ on 14.245.  I gave Colin a call who had a good 5/9 signal.  Colin advised that he was just newly licenced, so I was very pleased to get Colin in the log.  Colin kindly left me the frequency and I was then called by Albert S58AL in Slovenia.  I was a little surprised to hear Albert as it was very early, only midday local time.  So long path to Europe was still opening up.  My last taker was Brooke VK4RZ with a 5/9 plus signal.

I ended up with a total of 51 contacts in the log for this activation, which I was very pleased with, considering that this was a weekday.

I have a special QSL card for this activation for World Ranger Day, which I will send via email upon request.  Send an email to vk5pas@wia.org.au