Last Thursday night (25th February 2016) I was having a chat on 40m with 2 friends, Rob VK4FFAB and Marshall VK3MRG, when we were called by Tim VK5ML who was aeronautical mobile on his way to Sydney in a British Aerospace 146 cargo aircraft, VH-NJM.

I jumped on to Flight Radar 24 and was able to view Tim’s exact location, which was eastbound, approaching the Kanangra-Boyd National Park in New South Wales.  Tim was at 17,400 feet. 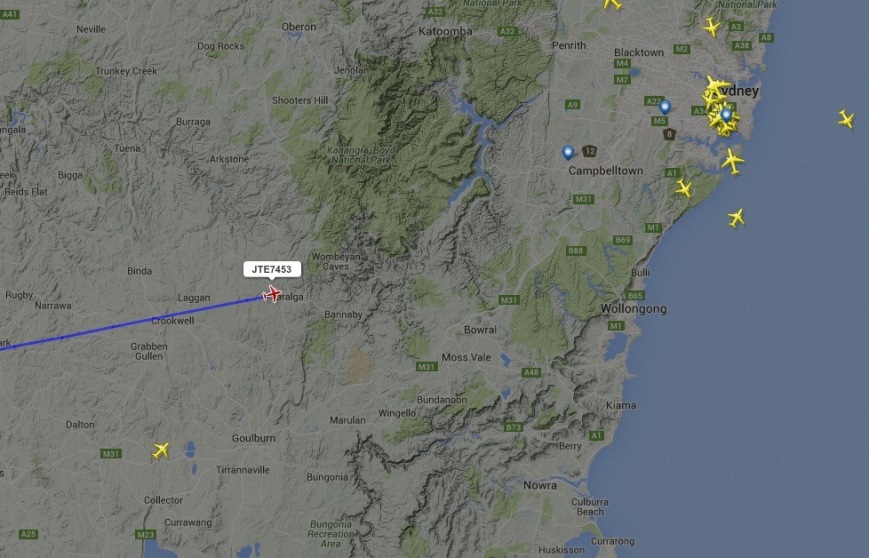 Tim had a beautiful 5/9 signal into my shack.  After concluding our QSO, I continued to track Tim until he landed at Sydney Airport.

Here is some video of Tim chatting to Marshall……