After packing up at the Alpine National Park, Marija and I drove a short distance further along McKillops Road and soon reached our final activation for the day, the Snowy River National Park VKFF-0455.

Above:- Map showing the location of the Snowy River National Park.  Map courtesy of google maps.

The Snowy River National Park is 98,700-hectare (244,000-acre) in size and was established on the 26th April 1979.  Much of the park is classified as wilderness area, where vehicles are unable to visit.

Over 250 species of native animal have been recorded in the Snowy River National Park.  Twenty nine of these are considered rare or threatened in Victoria.  The park provides one of the last natural habitats at the Little River Gorge for the endangered brush-tailed rock wallaby. Numbers for this species are estimated as extremely small.

We crossed over McKillops Bridge and the Snowy River.  The bridge was built by the Victorian Country Roads Board in two stages, between 1931-1936, during which the height of the bridge was raised, following the orginal bridge superstructure being washed away during the record floods of January 1934.  The deck of the bridge is 255 metres long and spans the famous Snowy River.  When originally planned and constructed, the bridge was regarded as being a world leader in the application of welding techniques to the construction of substantial steel-truss river bridges.

The bridge is sighted at McKillops Crossing, named after pioneer overlanding squatter George McKillop who crossed the Snowy River here in 1835. 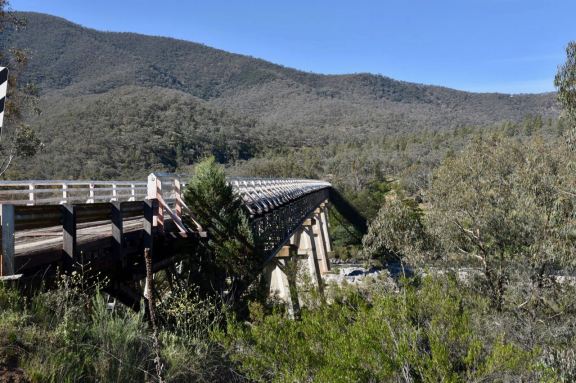 We drove over the bridge and into the McKillops Bridge camping and picnic ground.  There were only two other vehicles in the campground, so we had the area pretty much to ourselves.  McKillops Bridge is one of the few places in the park with access to the Snowy River by conventional vehicles.

You can walk right down to the water’s edge of the Snowy River here, which is what we did.  It was such a hot day that I was tempted to strip down to my jocks and go for a swim, but this was soon ruled out by Marija.  I guess she didn’t want me scaring any of the wildlife. 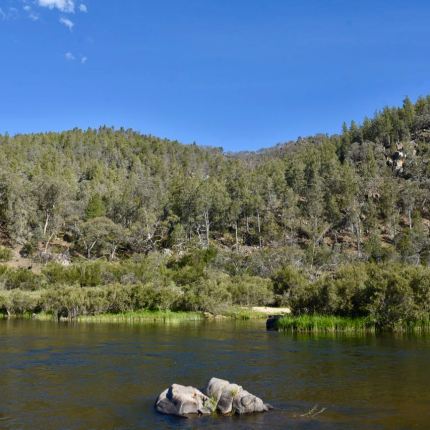 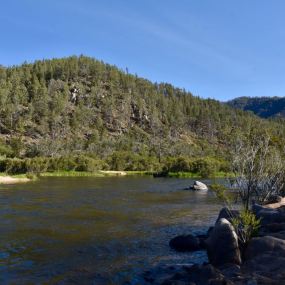 As we had done in previous actions, Marija and swapped the mic, until Marija had 10 contacts in the log, thus qualifying the park for the VKFF program.  We called CQ on 7.144 and this was answered by John VK5BJE with a good 5/7 signal.  Rob VK2FROB then called in, followed by John VK4TJ and then Rick VK4RF.

But it was really slow going, and signals were way down compared to usual.  There was huge fading (QSB) on almost all signals, and for a while I thought there might have been a problem with the transceiver or the antenna.  But no, it was just very poor band conditions.  In fact, so bad, I would say it was the worst condition I had seen the bands in during my 4 years of operating portable. 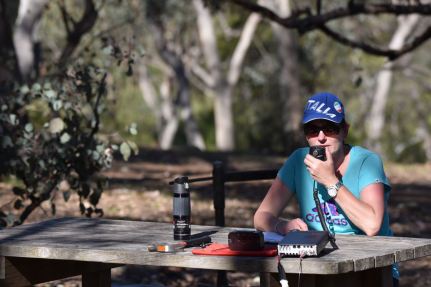 It took us around 16 minutes to reach contact number ten, that being a QSO with Peter VK5KX in Adelaide.  Despite numerous CQ calls, Marija and I logged just 2 further stations on 40m.  We then lowered the squid pole and inserted the links in the dipole for the 80m band and headed to 3.610 where I started calling CQ.

My call was answered by Peter VK3PF with a beautiful 5/9 signal and he reciprocated with a 5/9 for me.  This was followed by Ken VK3UH who was also 5/9, and then Andrew VK1DA/2 who was activating SOTA summit Baldy Range VK2/ ST-008 in the Brindabella National Park VKFF-0054.  Andrew also had a strong 5/9 signal.

But sadly, despite the 80m band being in quite good condition, I only logged a further 5 stations, all Victorian (VK3) amateurs.  I then put out 5 minutes of CQ calls on 14.310 on 20m but had no takers at all.  So I headed back to 40m where 5 minutes of CQ calls yielded just one station, Roy VK5NRG in Adelaide who was 5/9. 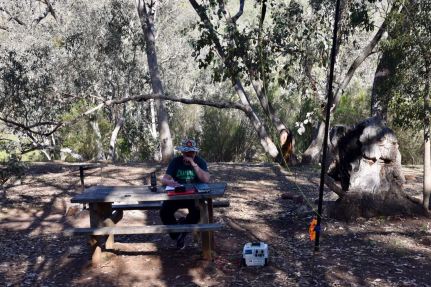 After packing up we headed west on McKillops Road, enjoying some majestic views of the Snowy River National Park. 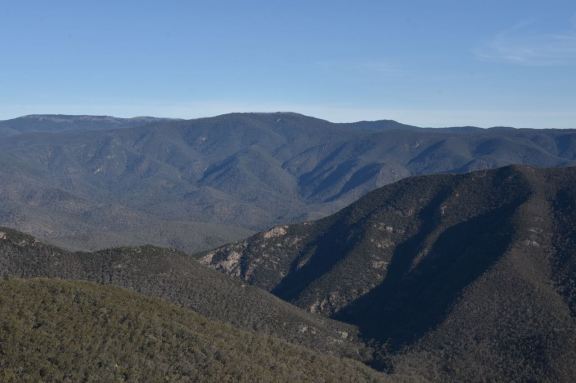 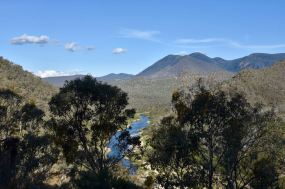 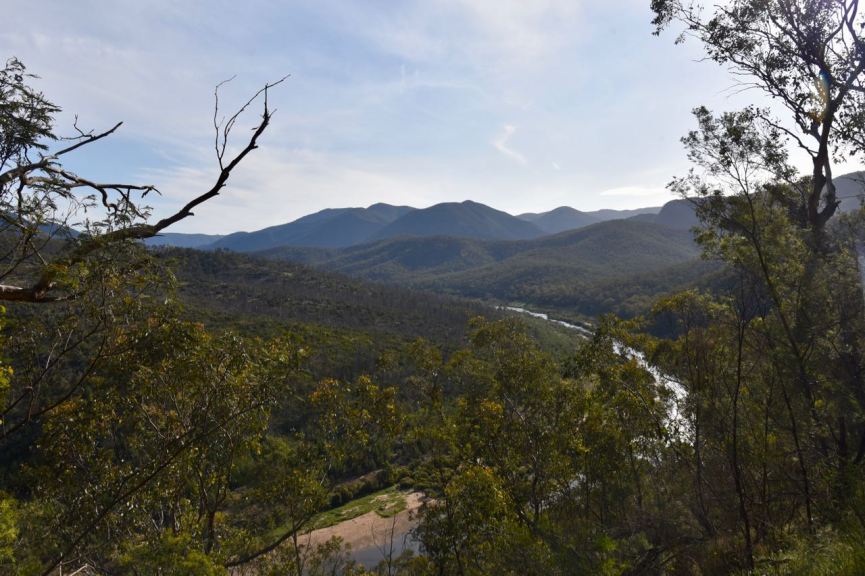 We then stopped at Little River Gorge, which is located in the park.  The gorge is the deepest gorge in Victoria.  It has taken millions of years for the Little River to create the gorge by eroding away hundreds of metres of rock.  The gorge is 4 km long and up to 500 metres deep.  It is truly a spectacular sight.  Wulgulmerang Creek plunges 300 metres from its partially hidden chasm in the gorge wall opposite the lookout. 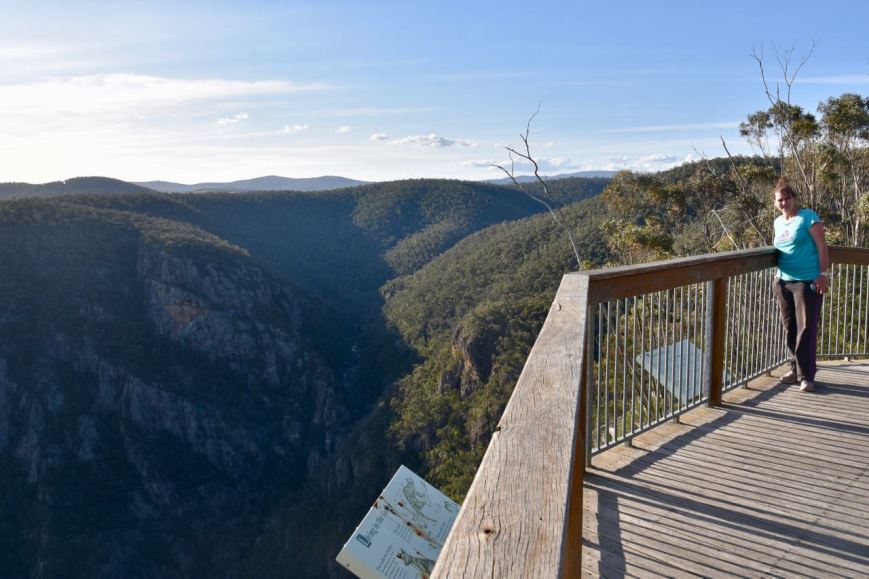 Our next stop was the Little River Falls which are in the Snowy River National Park.  It is just a short walk to the falls from the carpark and certainly well worth the walk.  Along the way we encountered a number of the locals (see photos below). 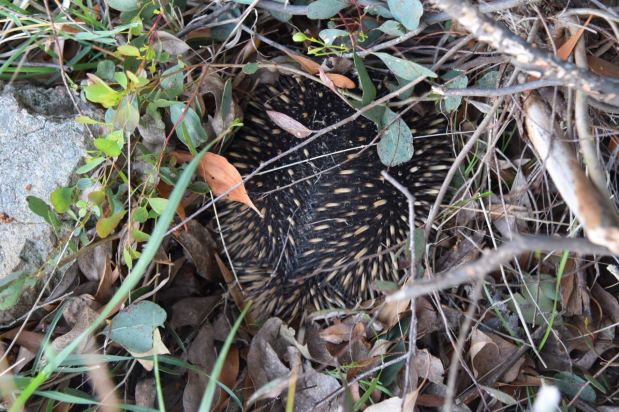 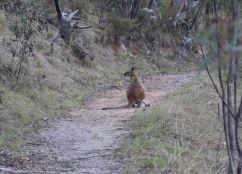 The Little River is a perennial river of the Snowy River catchment, which rises below Mount Stradbroke in a remote alpine wilderness area within the Alpine National Park.  The river descends 842 metres (2,762 ft) over its 27-kilometre course. 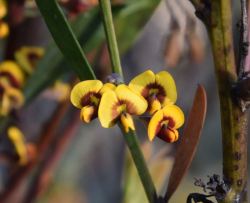 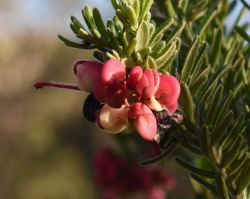 We then travelled south on the Gelantipy Road towards Orbost.  It was now getting late and the sun was starting to set.  Sadly, we had seen a number of dead wombats on our trip.  But on our journey back home we were to encounter a live wombat, who quickly scurried across the road in front of us and into his burrow, before I could stop the vehicle and get the camera out.

Once we got to the town of Buchan, we took the Buchan-Orbost Road.  It was now dark, and it was very slow going, as the road is very windy and state forest exists on either side of the road.  We encountered numerous kangaroos on this section of road, and also some wild deer. 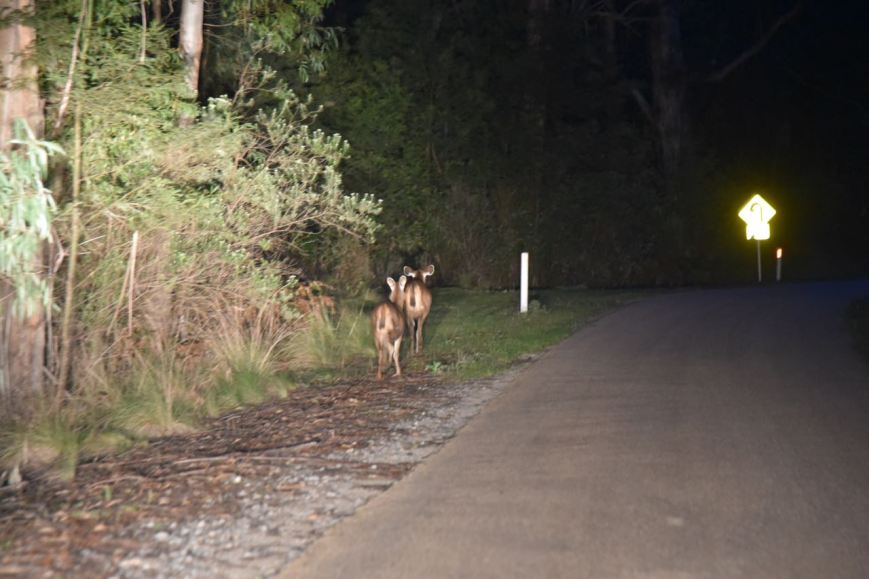 Above:- Wild deer on the Buchan-Orbost Road.

We didn’t get back into Orbost until quite late, and by that time all of the pubs and take aways had shut.  So it was baked beans on toast for us for dinner.  Both Marija and I slept very well that night.  It had been a very long day.