After tea at the Cann River Hotel I decided to head down the road to do a quick activation of the Lind National Park VKFF-0287.  Marija and I were intending to activate Lind on Sunday, but I was a little concerned about the way band conditions had been on our trip, and thought I would add a few contacts for this park.   It was also Friday night, and of course the 7130 DX Net and I knew that Bill W1OW, who books in to the net, is a very keen park hunter. 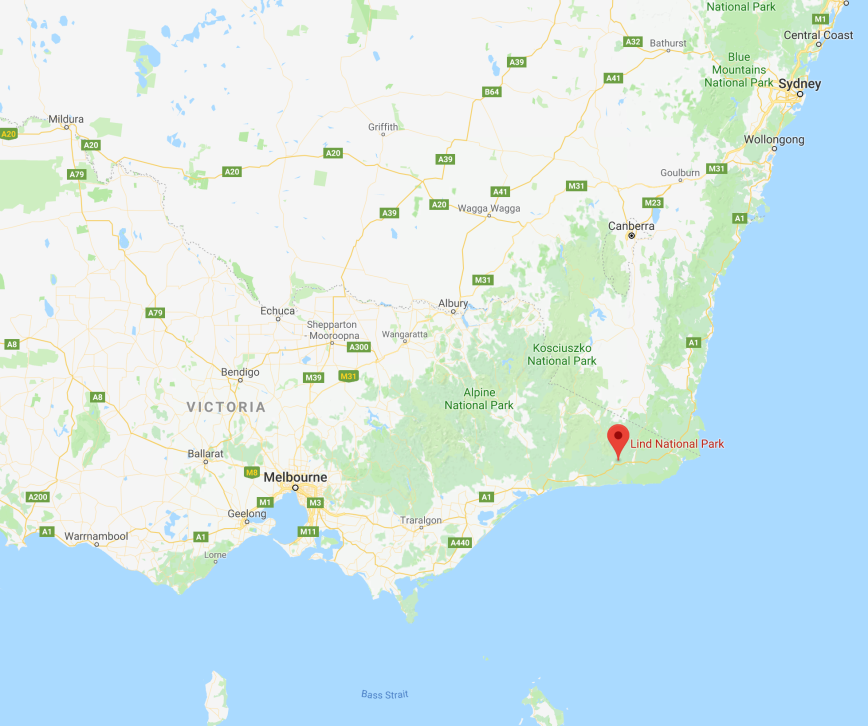 Above:- Map showing the location of the Lind National Park.  Map courtesy of google maps

It was a short 15 km drive down the Princes Highway from Cann River, and I reached the south eastern corner of the park.  I travelled a short distance down Lind Park Road and pulled the vehicle into a clearing in amongst the scrub.  I decided not to worry about stringing out the dipole for this activation, but rather operate from the vehicle using the Icom IC-7000 and the Codan 9350 self tuning antenna. I booked in to the 7130 DX Net, but there so much interference from an Indonesian station on the same frequency, that I booked out 15 minutes after checking in, with just 2 contacts in the log, Mal VK5MJ and Peter VK2STO in Lightning Ridge.