It was now day 10 (Monday 13th November 2017) of our trip, and our time at Cann River had come to an end.  We had enjoyed ourselves staying here and would recommend the motel.  It is ideally located right next to the hotel, and across the road from the excellent Relics Cafe.  We had planned to activate the Wingan River West Nature Conservation Reserve VKFF-2231.  The park is located about 475 km east of Melbourne and about 30 km east of Cann River. 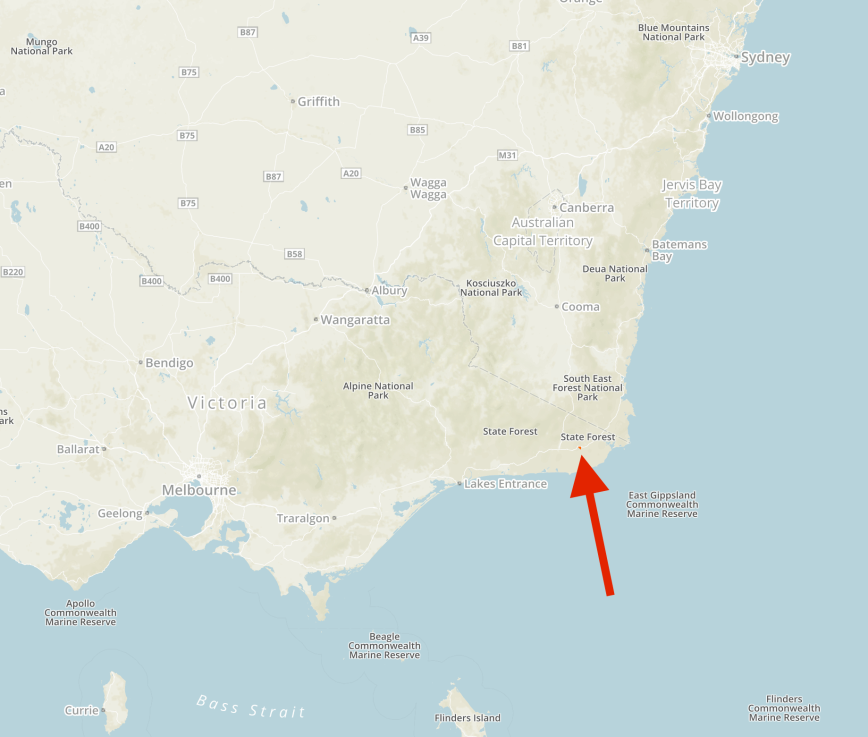 Above:- Map showing the location of the Wingan River West NCR.  Map courtesy of Protected Planet.

I have been unable to find a lot of information on the internet with reference to the Wingan River West Nature Conservation Reserve.  Dingo Creek and Beehive Creek flow into the Wingan River.   The Wingan River is just to the east of the park, and rises below Mount Future, near the Wingan Swamp, north of the Alfred National Park between Cann River and Genoa, and flows generally south through the Croajingolong National Park joined by eight minor tributaries before reaching its mouth with Bass Strait over a distance of around 49 km.  The name of the river is derived from the Aboriginal word wangan, meaning “reed bed”

We travelled along Princes Highway until we reached Dingo Creek Track.  It is well signposted from the highway. 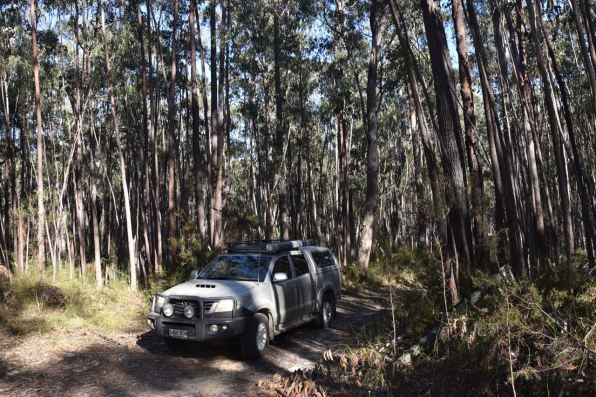 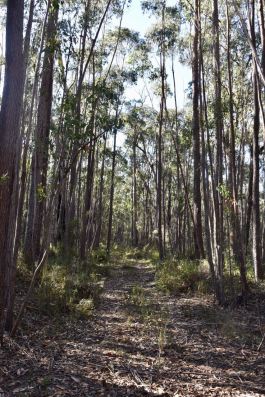 We unpacked the gear and walked a short distance down the track and set up amongst a little clearing in the scrub.

It was quite early in the morning, around 7.30 a.m. but still quite warm already.  I was in the process of setting up when I noticed a large Red-bellied Black snake just 3 feet in front of me.  The snake initially stayed still and then scuttled off into the scrub.  I must say it was a bit off putting.  Although this snake is less venomous than many other snakes, and a bite is not generally fatal, it will still make you very ill.

Marija and I again decided to share the mic until Marija had 10 contacts in the log.  After setting up we started calling CQ on 7.144, which was answered by Rick VK4RF/VK4hA, followed by Mick VK3GGG/VK3PMG, and then Steve VK3FSPG/VK3MPR.  This was followed by a Park to Park contact with John VK2AWJ/3 who was activating the nearby Coopracambra National Park VKFF-0113.  John was very low down (5/2), and we were 5/1 to him.  But as our noise floors were so low, we were able to comfortably work each other.

Three QSOs later, and we had our 10 contacts in the log, after a QSO with regular park hunter Cliff VK2NP.  Next was another Park to Park contact, this time with Peter VK3TKK/p who was activating the Organ Pipes National Park VKFF-0627.

I then continued calling CQ and after around 1 hour and 20 minutes in the park, I had contact number 44 in the log.  That being a QSO with Peter VK3GV.  I logged a total of 49 stations on 40m from VK2, VK3, VK4, VK5, and VK7.  Despite it being a weekday, I was very happy with the number of callers who called in to get Wingan River West NCR in the log. 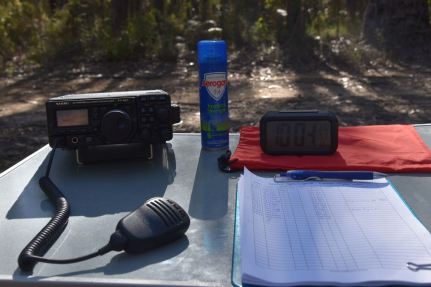 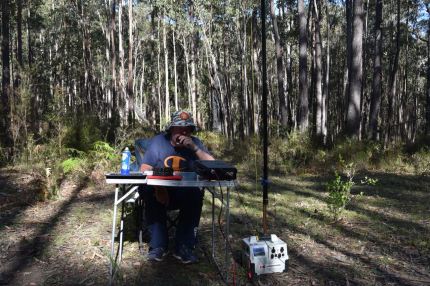 Marija and I then packed up and continued on our way to Mallacoota where we planned to stay for 2 nights.