This afternoon (Sunday 15th July 2018), Marija and I headed out to activate the Eurilla Conservation Park 5CP-063 & VKFF-0878.  This was to be a unique park for both Marija and I in the World Wide Flora Fauna (WWFF) program.  I activated the park back in August, 2013, but this was prior to the park being added to the VKFF program.

Eurilla is located about 11 km south east of the city of Adelaide, and about 2.4 km north of Stirling. Above:- Map showing the location of the Eurilla Conservation Park in the Adelaide Hills.  Map courtesy of Location SA Map Viewer.

The Eurilla Conservation Park is a small park, comprising just 7 hectares (17 acres).  The park was proclaimed on 22nd September 2017 and is located between Mount Lofty summit and the northern boundary of the Mount Lofty Botanic Gardens at Piccadilly.  Access to the park is via the Eurilla Track at Sprigg Road or via the Heysen Trail at Mount Lofty Summit Road.

The reason for dedication of the park, is an undisturbed bog consisting of a dense mat of the rare coral fern and a sizeable colony of mature king fern, an endangered species in South Australia. 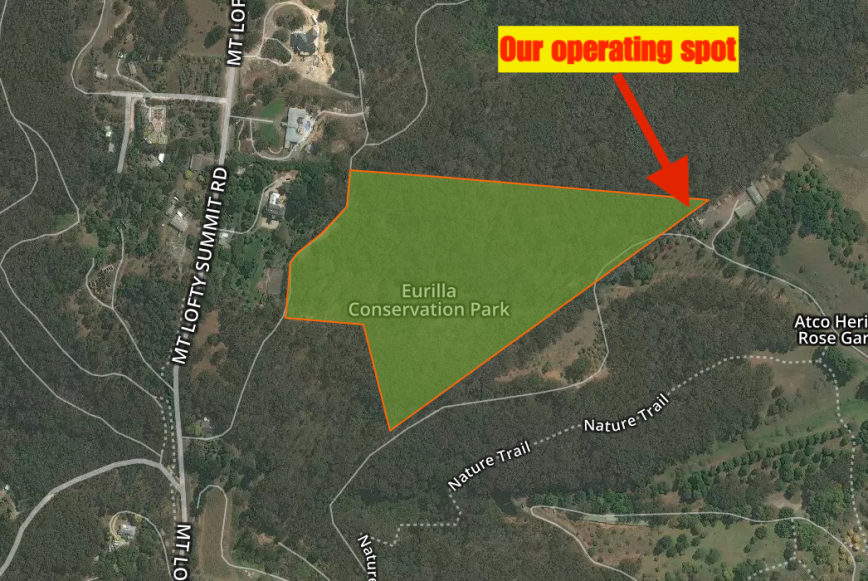 Above:- Aerial shot of the Eurilla Conservation Park showing out operating spot in the north eastern corner of the park.  Image courtesy of Protected Planet.

The park was named in honour of Charles ‘Warren’ Bonython (1916-2012), one of the members of the famous South Australian Bonython family.  He was a conservationist, explorer, author, chemical engineer, and a keen bushwalker. 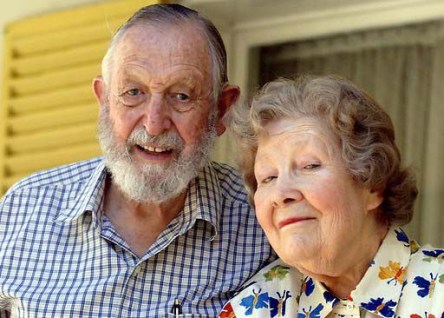 Above:- Warren Bonython with his wife.  Photo courtesy of Adelaide Bushwalkers

The Bonython family lived nearby in ‘Eurilla’ mansion, which was built in 1884, but was burnt to the ground during the 1983 Ash Wednesday bushfires.  The name Eurilla is believed to come from the Kaurna Aboriginal word for Mt. Lofty, Yureidla. 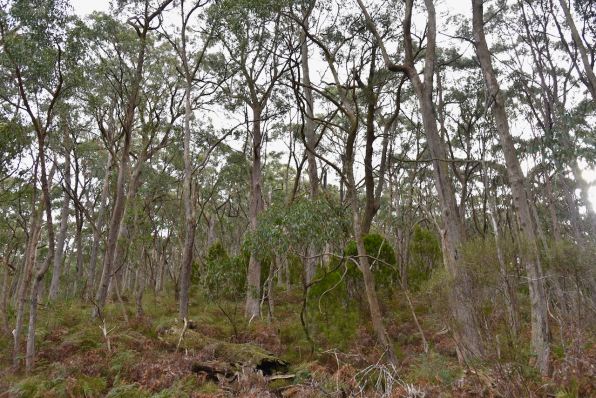 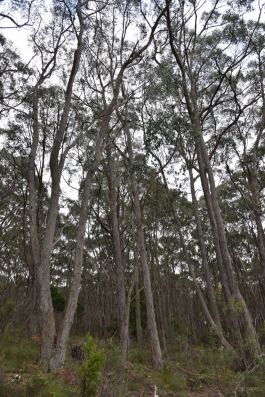 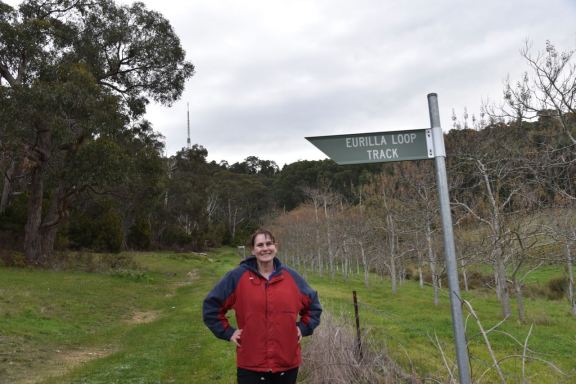 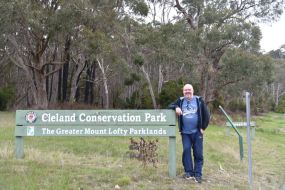 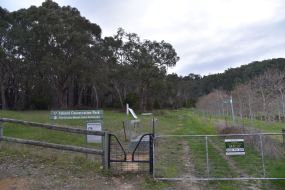 We ran the Yaesu FT-857 and the 20/40/80m linked dipole for this activation.  I ran the transceiver at 40 watts output, whilst Marija ran 10 watts PEP as per her Foundation licence requirements.

I kicked off the activation.  I could not get on to 7.144 as the 40m band was extremely busy due to the IARU Contest.  I moved down to 7.120 and called CQ which was answered by Tony VK3AN mobile 2 with a nice signal.  Next in the log was Rob VK2QR and his 4 other call signs.  Contact number 10 came within 5 minutes of setting up, with a QSO with Rick VK4RF.

Band conditions were very good and as there was no man made noise in the park, Marija and I could hear a pin drop on the band.  Our first Park to Park contact was with Ian VK1DI/2 in the McLeods Creek Nature Reserve VKFF-2653. 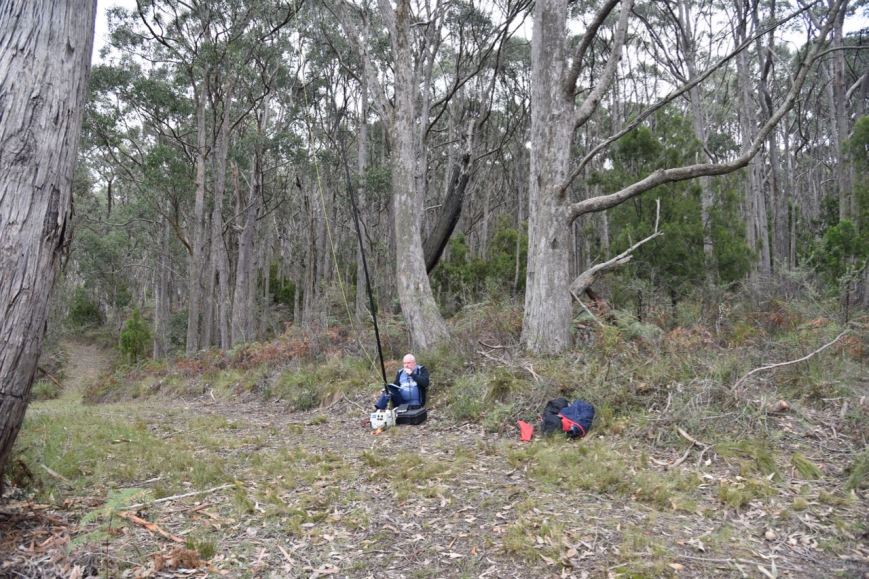 I logged 40 stations before OP0HQ came up onto the frequency and started calling CQ Contest.  He was so loud that I didn’t both trying to compete and moved down the band to 7.095.  John VK5BJE was first in the log on this new frequency, followed by Russell CJ3DRW who was maritime mobile on his vessell ‘C U Agn’.  I also spoke with Perrin VK3XPT who was operating remote from Vanuatu into his Victorian home station.  I also logged Peter VK3PF/p who was activating the Adams Creek Nature Conservation Reserve VKFF-2034. 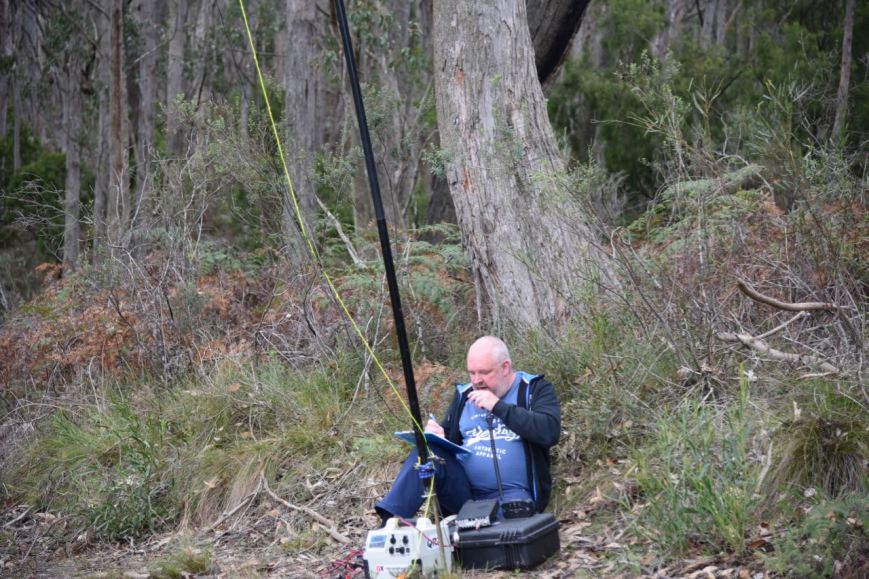 I now had 46 contacts in the log and it was time for Marija to qualify the park.  We lowered down the power to 10 watts PEP and Marija called CQ on 7.095.  Ross VK3MY was first in the log, with a 5/9 plus signal.  Next was Jonathan VK7JON with an equally strong signal, followed by Deryck VK4FDJL, and then Graeme VK3GL.

Within 12 minutes Marija had her 10th contact in log, a QSO with Graham VK3PGK.  Marija logged a further 2 stations before we QSYd to the 80m band.  First in the log on 80m was a Park to Park contact with Andy VK5LA/p who was activating the Pike River Conservation Park VKFF-0831.  We then moved up to 3.615 where Marija logged John VK5BJE, Mick VK3GGG, and then David VK5PL.

Marija logged a further 3 stations including a Park to Park, with Peter VK3PF/p in the Adams Creek Nature Conservation Reserve VKFF-2034. 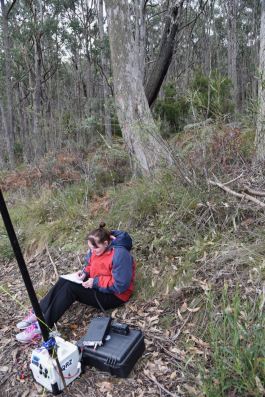 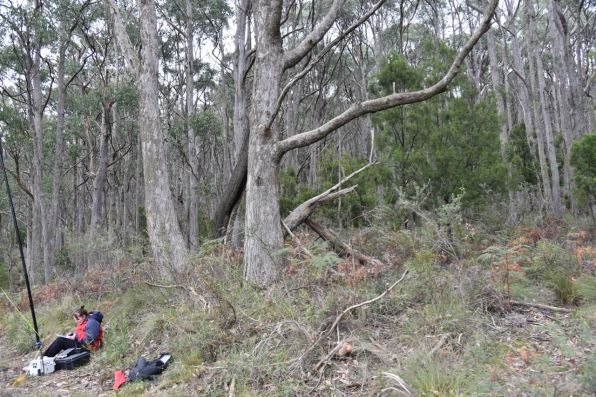 We then swapped the mic and I logged a total of 11 stations on 80m including a Park to Park with Ian VK1DI/2 in the McLeods Creek Nature Reserve VKFF-2653.  Marija also logged Ian.

We started to experience a few drops of rain at this stage, so we quickly lowered the squid pole and removed the links so we could operate on the 20m band.  I called CQ on 14.305 and was pleasantly surprised to be called by Steve KG5CIK in Texas with a good 5/7 signal.  I then logged Gerard VK2IO, Cliff VK2NP, Keith VK2PKT, and was then called by Deme EA5IPC in Spain.

Many thanks to everyone who called us, and special thanks to those who took the time to spot us.