Thirteen Native Forest Reserves located in the Adelaide Hills and on the Fleurieu Peninsula have been added to the program in the last 48 hours.  This is together with new parks added earlier in the year in VK6 and VK8, and also a number of parks in VK4.  Nearly 200 are to appear soon from VK3.

The Christmas Hill Native Forest Reserve is located in the Mount Lofty Ranges ‘Adelaide Hills’, and is about 8 km southwest of the town of Meadows and about 45 km south-east of the city of Adelaide. 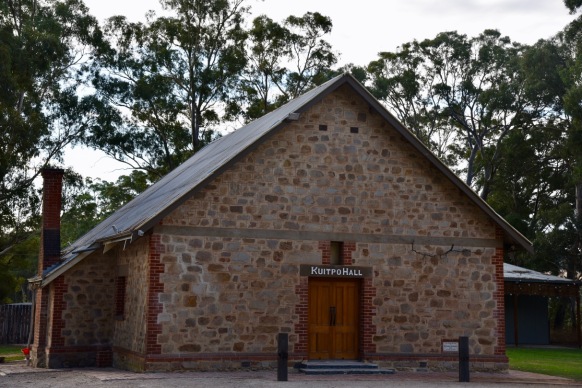 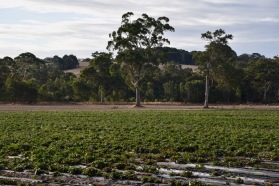 We then turned in to Brookman-Connor Road which took us through the pine forest towards the park.  It was an overcast day but quite mild, following a 32 deg C day on Saturday. 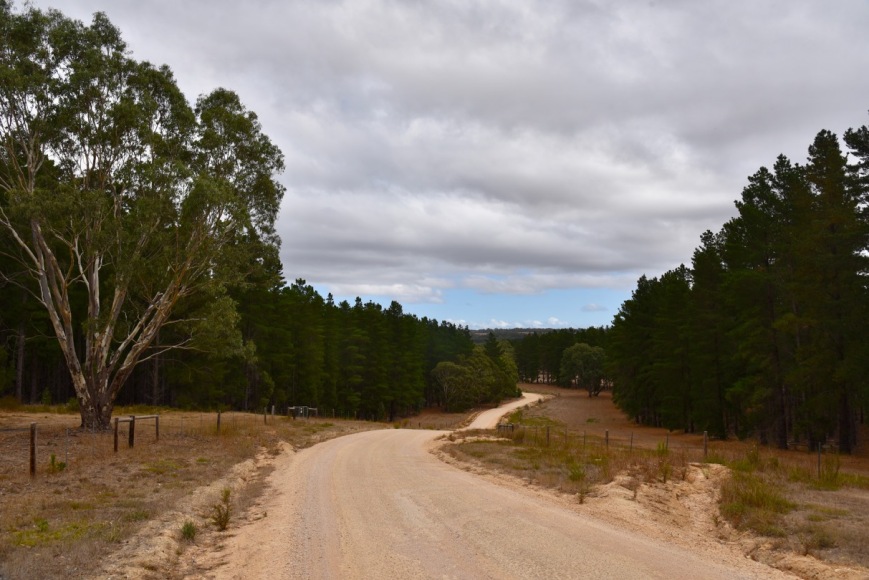 There are some great views to be had of the surrounding countryside along the way.

Above:- a view of the surrounding countryside

The Kuitpo Forest Reserve was established in 1989.  It was the first of a number of forest plantations in the Mount Lofty Ranges, established to ensure a sustainable timber resource for South Australia.  The reserve is managed by Forestry SA.

The Christmas Hill Native Forest Reserve is an IUCN (International Union for the Conservation of Nature and Natural Resources 2005) Category IV reserve. These category of park are habitat or species management areas, protected and managed mainly for conservation through management intervention to ensure the maintenance of habitats and/or to meet the requirements of species. 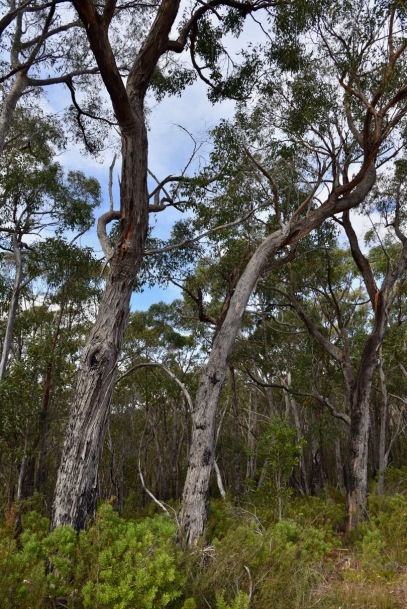 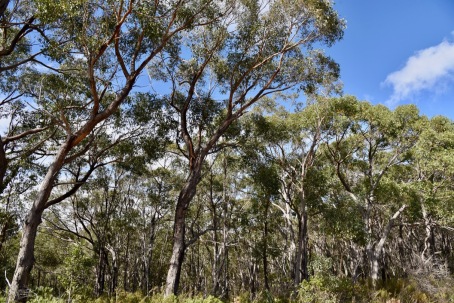 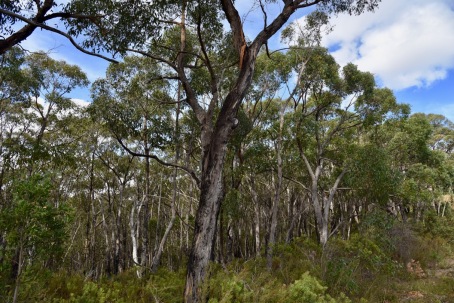 The name Christmas Hill is derived from the peak of the same name on the north-eastern boundary of the reserve.  The reserve contains 400 identified native plant species, including 63 with conservation significance.  The entire Christmas Hill area was devastated by the 1983 Ash Wednesday bushfires. 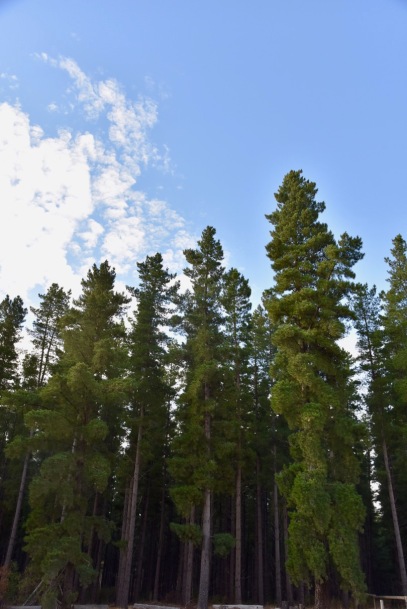 A large number of native bird species call the park home.  This includes Yellow-tailed black cockatoos, who were in abundance during our visit. 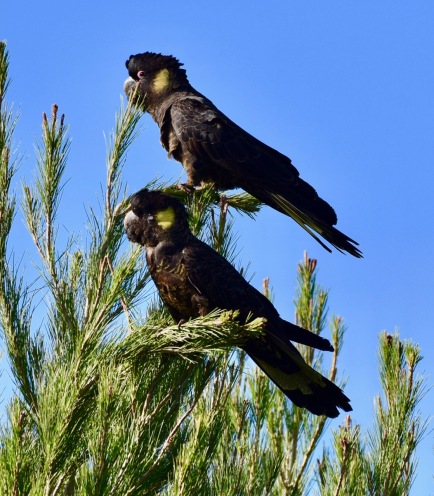 We set up just inside gate CH18 on Christmas Hill Road. Above:- Map showing our operating spot in the park.  Map courtesy of Forestry SA

There was plenty of room here to stretch out the 20/40/80m linked dipole, and we were away from other users in the park. 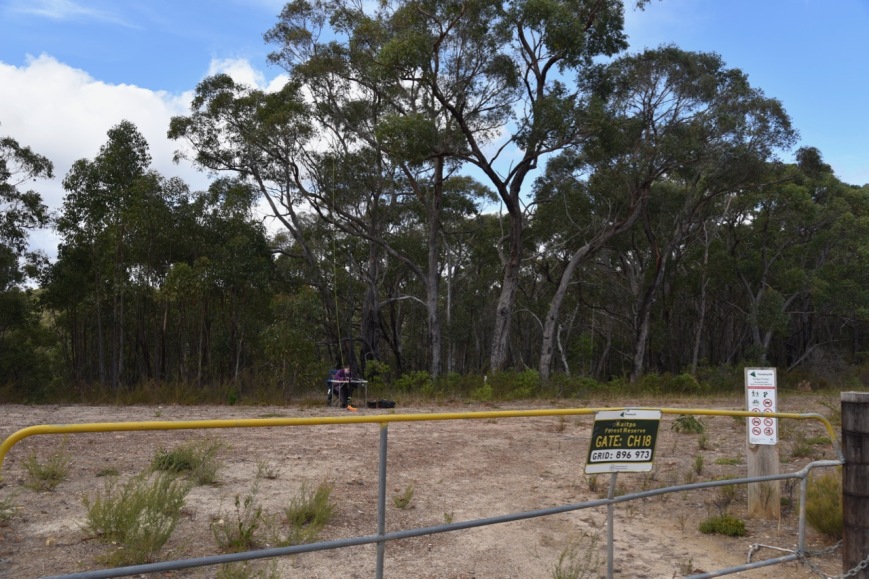 The 40m band was alive with activity and it was quite difficult to find a clear spot.  I found 7.134 clear and started calling CQ whilst Marija placed a spot on parksnpeaks for me.  First in the log was Peter VK3PF with an excellent 5/9 signal, followed by Lee VK3HOT, and then John VK4TJ.

As this was a new park it did not take long for a small pile up to develop.  Within an hour I worked a total of 65 stations from VK2, VK3, VK4, VK5 and VK7.  This included the following Park to Park contacts:-

I had qualified the park for both VKFF and WWFF, and now it was Marija’s turn to get onto the microphone.  Mike VK5FMWW was first in Marija’s log, followed by Danny VK5DW, Mike VK6MB/3, and then Ivan VK3OHM.  It took Marija just 8 minutes to get her 10 contacts.  QSO number ten was with Brian VK5TBC.

It took Marija just 45 minutes to qualify the park for WWFF.  The 40m band was in great shape.  Marija’s contacts were from VK2, VK3, VK4, VK5, and VK7.  This included the following Park to Park contact:-

Marija was extremely happy to have qualified the park for the global WWFF program, and it was my turn now to ramp up the power and make a few more contacts.  David VK3UCD came back to my CQ call, followed by Greg VK4VXX/6, and then Rick VK4RF.  I worked a further 9 stations, taking my total contacts for the activation to 77 QSOs.

Marija and I then lowered the squid pole and we removed the links for the 20m band.  I called CQ on 14.310 and it wasn’t long before John VK4TJ came back to my call.  This was followed by another regular park hunter Ray VK4NH.  I logged a total of 17 stations on 20m SSB which included Greg VK4VXX/6 who suggested we also try AM which we did.  It was my first ever AM contact on 20m.

The real highlight of 20m was a Park to Park contact with Kent K7CAR/p in the Dixie National Forest KFF-4395 in the USA.  The photographs below are courtesy of Kent. 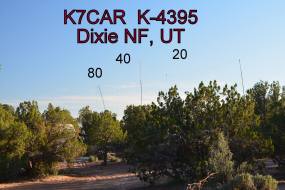 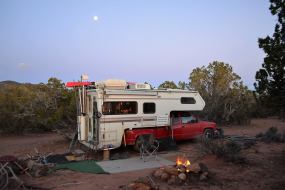 Marija and I then returned to 40m logging the following Park to Park contacts:-

I then moved down to the 80m band and called CQ on 3.610.  Mike VK5FMWW was my first taker, followed by Danny VK5DW, and then Linda VK7QP.  Band conditions were excellent on 80m.   But sadly I only logged 6 stations.

I then moved back to 40m where I logged a further 24 stations on 7.158, including Max IK1GPG in Italy.  Unfortunately, DC5ZVU came up on the frequency and started calling CQ, which made it impossible to copy any callers, as he was a 5/8 signal.  So I moved down to 7.156 where I made a further 4 stations.

To complete the activation I had a tune across the band and found Manuel EA1DLU/p in Spain on 7.175 calling CQ with a strong 5/9 signal.  I was very lucky to have Manuel come back to my first call.  Manuel gave me a 5/7 signal report into Spain with my 40 watts and small wire antenna.

Below is a short video of part of my QSO with Manuel.

I then found Craig VK3CRG/p on 7.170.  Craig was portable at Little River and had a friend Debbie with him, who was a budding ham.  Marija had a chat with Debbie and explained to her where we were operating from, and a little bit about Marija’s history in the hobby.  Sadly the rain started tumbling down at Craig’s location which resulted in Craig having to go clear.

David VK5LSB then called me to say hi, followed by Perrin VK3XPT/p who was operating portable on the beach at Sandy Point using his military transceiver.  Marija was keen to pack up and head home, so I apologise to anybody else who may have wanted to call into this new park.  We will be back.

Below is a short video taken by Perrin of our contact.

Below is a video I took on the iphone showing some of Marija’s contacts during the activation.

Above:- Map showing my contacts during the activation.  Map courtesy of QSOmap.org 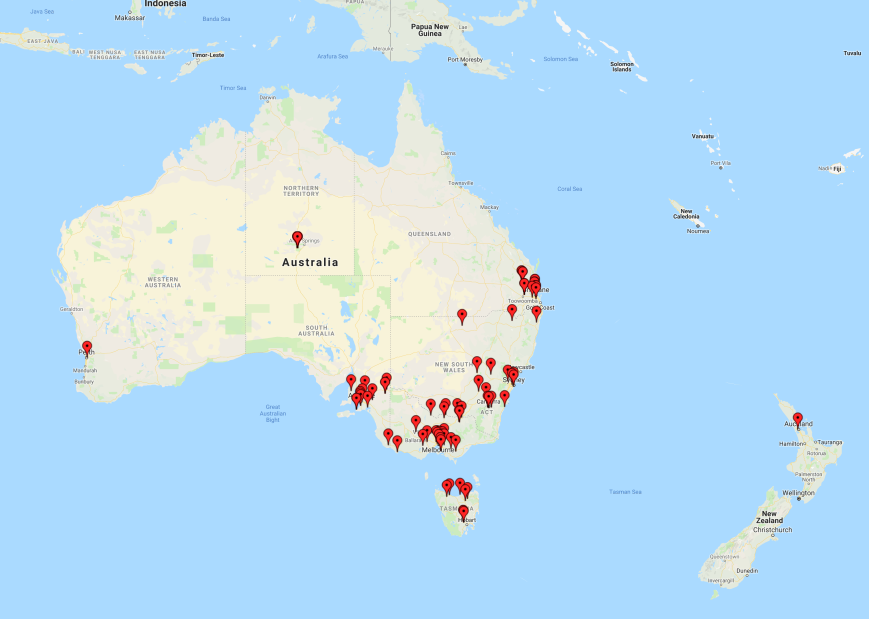 Above:- Map showing my QSOs in Australia and New Zealand, during my activation.  Map courtesy of QSOmap.org

I worked the following station on 20m AM:-