This afternoon (Monday 22nd April 2019) Marija and I decided to do another park activation and chose another one of the newly added South Australian parks to the World Wide Flora Fauna (WWFF) program.  This time we headed to the Knott Hill Native Forest Reserve VKFF-2892.

The reserve is located about 6 km west of the town of Meadows, and about 50 km south-east of the city of Adelaide. 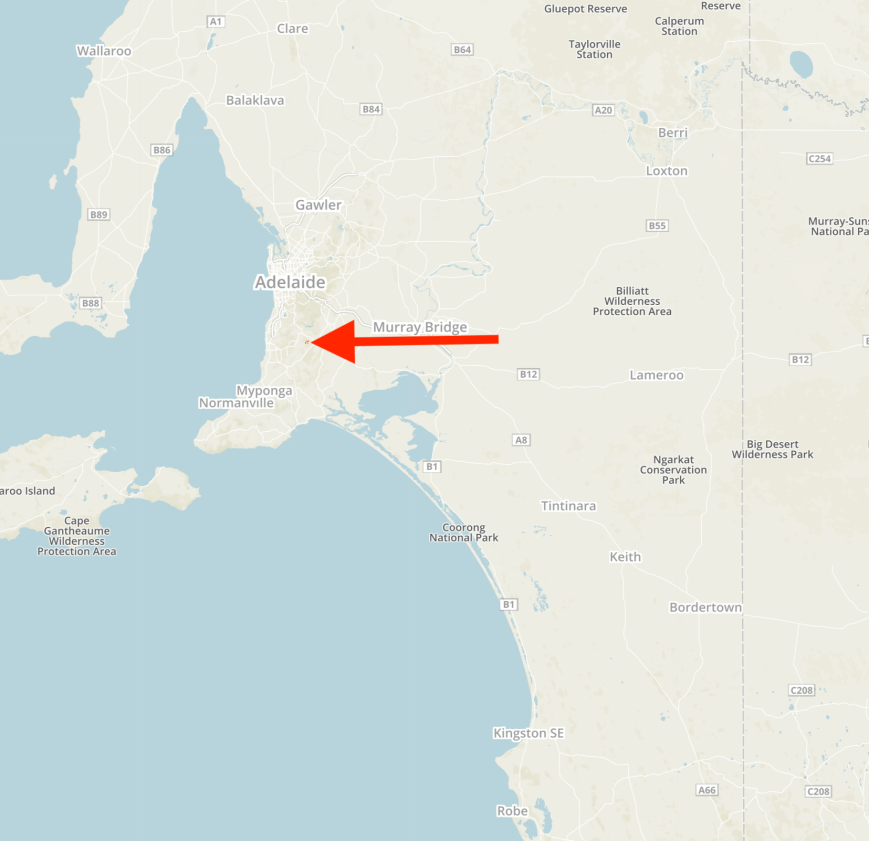 The Knott Hill Native Forest Reserve is located in the Kuitpo Forest Reserve in the Mount Lofty Ranges ‘Adelaide Hills’.  It is 82.3 hectares in size and consists of native vegetation.  The primary management objective for the area is to conserve and enhance native flora and fauna and preserve biodiversity for the long-term benefit of the South Australian community.  The reserve conserves remnant native vegetation characteristic of the Mount Lofty Ranges.  It is estimated that less than 15% of the original vegetation remains. Above:- An aerial view of the reserve, looking west, showing the adjacent pine plantations.  Image courtesy of google maps.

Over 400 native plant species can be found in the reserve, with 63 of those being of conservation significance.  The Reserve provides a unique habitat for over 50 species of native orchid, including the Dark-tipped sun-orchid which is rates Critically Endangered Nationally. 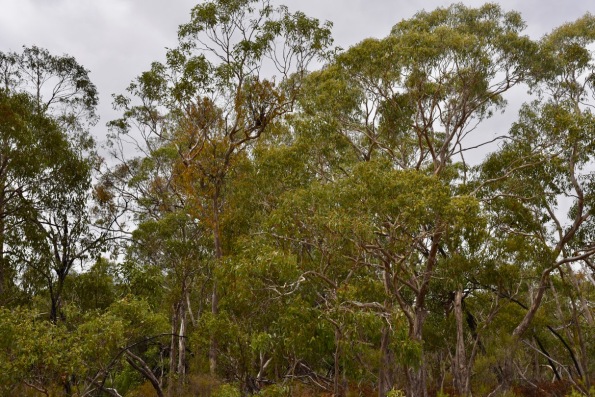 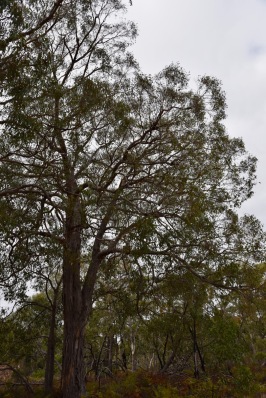 The reserve takes its name from the area dedicated to Dr John Knott, an early settler in the Kangarilla District.  Mr Knott is credited with pioneering the road over Mount Panorama to ‘the Meadows’.  This road is now known as Stagecoach Lane. 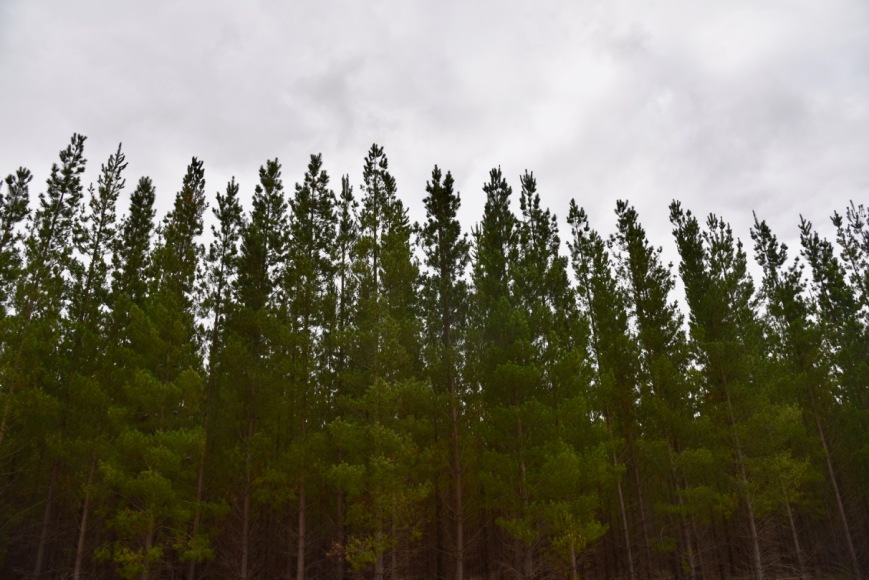 I travelled along Peters Creek Road which runs off Brookman Road, until I reached Knotts Hill Road.  I turned right and parked in the carpark.  Although google maps show that Knotts Hill Road continues to the east, this is not the case.  There are locked gates at this location.

It would appear from what I saw, there is no vehicular access to the reserve via Kingfisher Road.  This is a narrow dirt track which takes you passed a number of farming properties and then a sign which states ‘authorised vehicles only’.  You could park there and walk up the track to access the reserve. 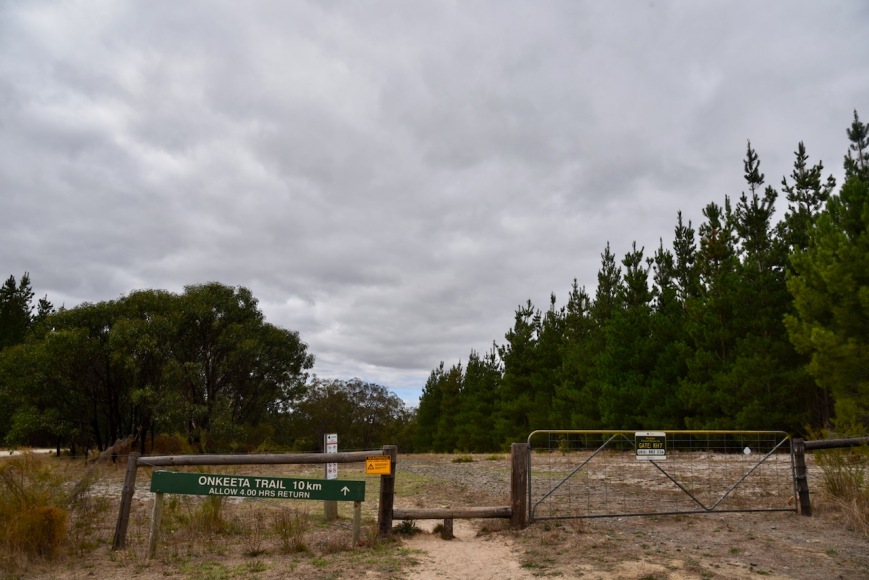 I collected up all of my gear and then took the 500-metre walk to reach the western boundary of the park.  It took me about 3 trips back to get all my gear, including the fold up table and deck chair. 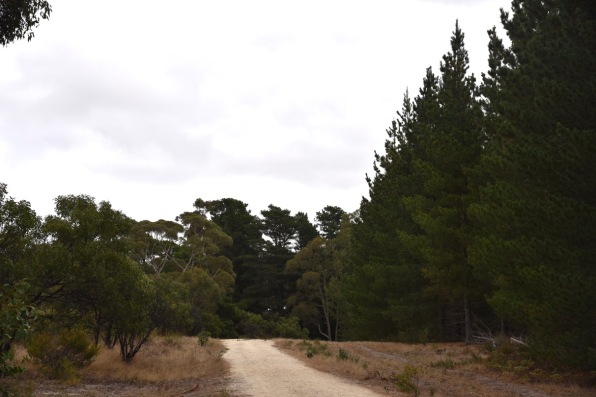 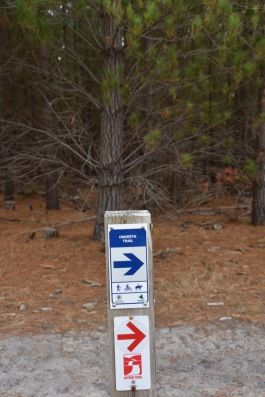 I set up on the side of a fire access track which dissected the reserve. First in the log was a Park to Park contact with Ian VK1DI/p who was activated the Macquarie Pass National Park VKFF-0298.  Ian had a beautiful bit 5/9 signal from New South Wales.  The 40m band had certainly been in very good shape over the Easter Break, and today appeared to be no different.

After logging Ian on 7.144 I moved down the band to 7.139 and asked if the frequency was in use, only to get 3 or 4 voices coming back to me to say it was clear.  I picked out Peter VK3PF who was very strong, and then logged Wayne VK2DWP and then Cliff VK2NP.

As this was a brand new park it did not take long for a mini pile up to ensue.  Within 4 minutes I had contact number 10 in the bag and had qualified the park for VKFF.  QSO number ten was with John VK4/VE6XT.

I logged a total of 68 contacts on 40m from VK1, VK2, VK3, VK4, VK5, VK6, VK7, New Zealand, and Italy.  This included a Park to Park with Peter VK3ZPF/p who was activating the Traralgon South Flora Reserve VKFF-2465.  And a contact with Max IK1GPG who I have made contact with a few times now on 40m during my recent activations. 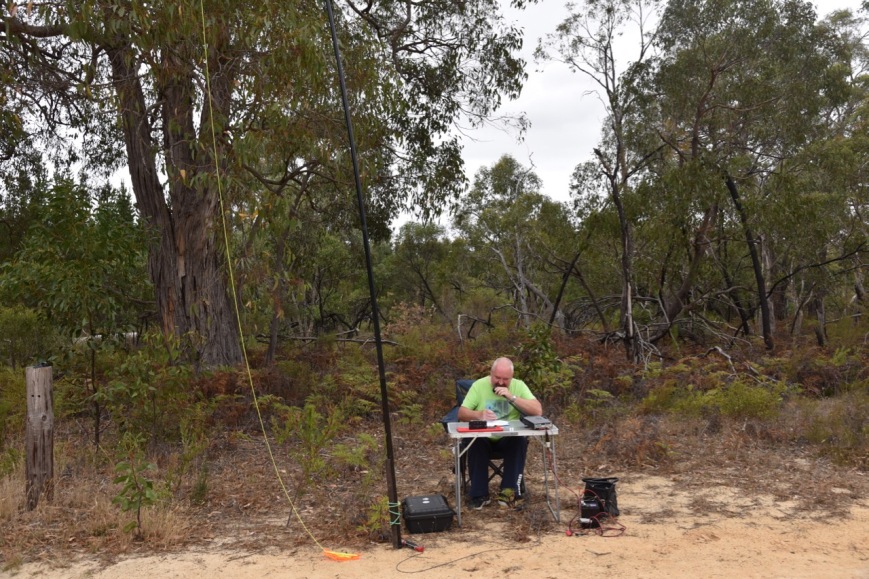 It was then off to 80m.  Our first contact there was with Peter VK3ZPF/p in the Traralgon South Flora Reserve VKFF-2465.  We then moved up to 3.615 and started calling CQ.  Stuart VK5STU was first to call back.  It was a pleasure to log Stuey as he had posted on Facebook that he had been listening on 40m but could not hear us.  On 80m he was 5/9 and gave me a 5/5 signal report.

Next was Adrian VK5FANA who is a regular park hunter, followed by Charlie VK5VC.  As I had well and truly qualified the park, it was time for Marija to jump into the operator’s chair.  Marija logged 7 stations, all South Australian stations. 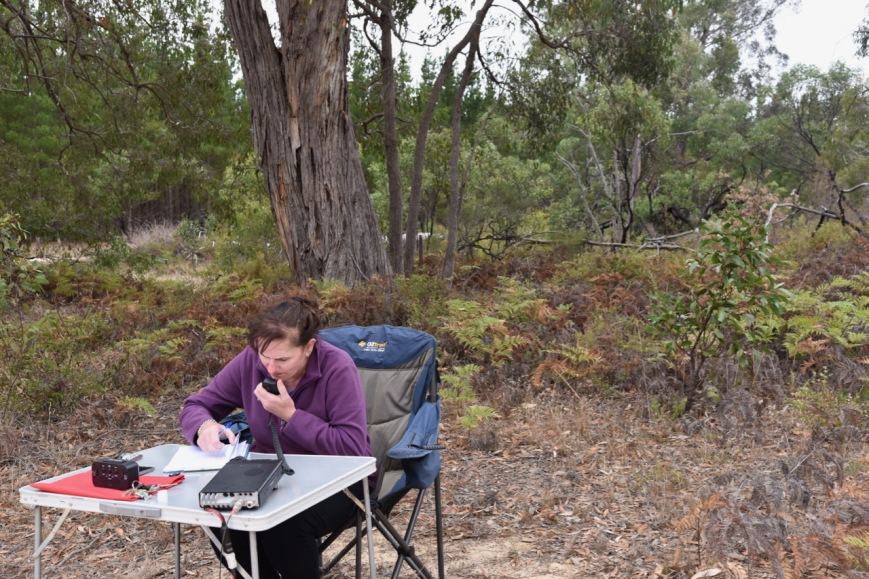 Marija now had 9 contacts in the log, and with no further callers on 80m, we headed back to 40m.  Marija started calling CQ on 7.130 whilst I placed a spot for her on parksnpeaks and on Facebook.  Perrin VK3XPT was first in the log on 40m for Marija, using his Clansman military transceiver.  Perrin had qualified the park for Marija.

Marija soon attracted her own little pile-up, with a steady flow of callers.  Within 35 minutes Marija had qualified the park for the global WWFF program, with 44 contacts in the log.  This included the following Park to Park contacts:- 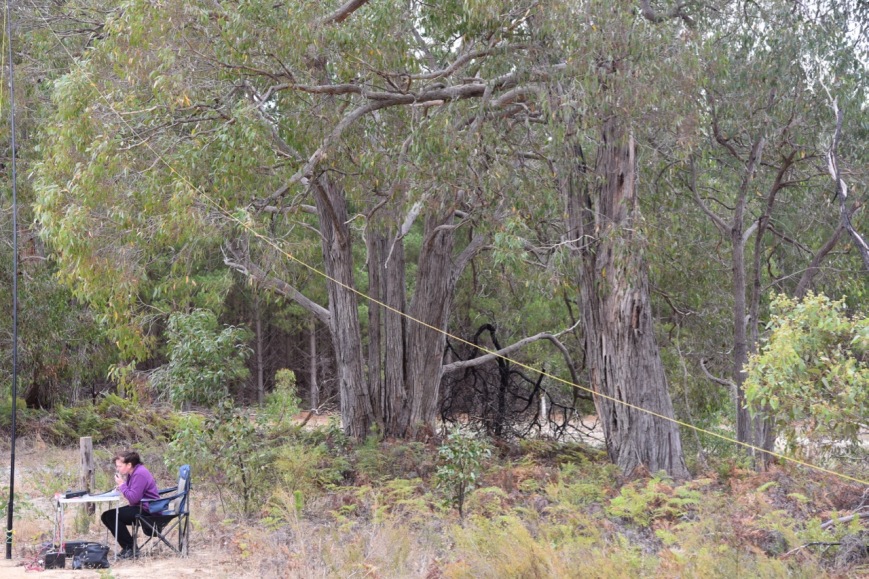 I then tuned across the band and heard Samuel EA1DLU calling CQ on 7.155 with his normal big signal.  As he was not busy I gave him a call and had a successful QSO.  I had spoken with Samuel yesterday.  Today my signal report was 2 S points lower.

Marija and I had seen a post on Facebook from David VK5PL stating that he was only hearing the park hunters and not us, so we finished off the activation by putting out some CQ calls on 3.610 on the 80m band, hoping to log David.  Alas, it was not to be.  We did not hear from David, but I did log VK3PF, VK5AYL, VK5WU, and VK3FDZE.

It was now freezing cold and time for us to pack up and head back to the vehicle.  It had been another successful activation, with both Marija and I qualifying the park for both VKFF and WWFF.  We made a total of 134 QSOs including 12 Park to Park contacts.

THANKYOU to everyone who called us, and a big thanks to those who took the time to spot us. 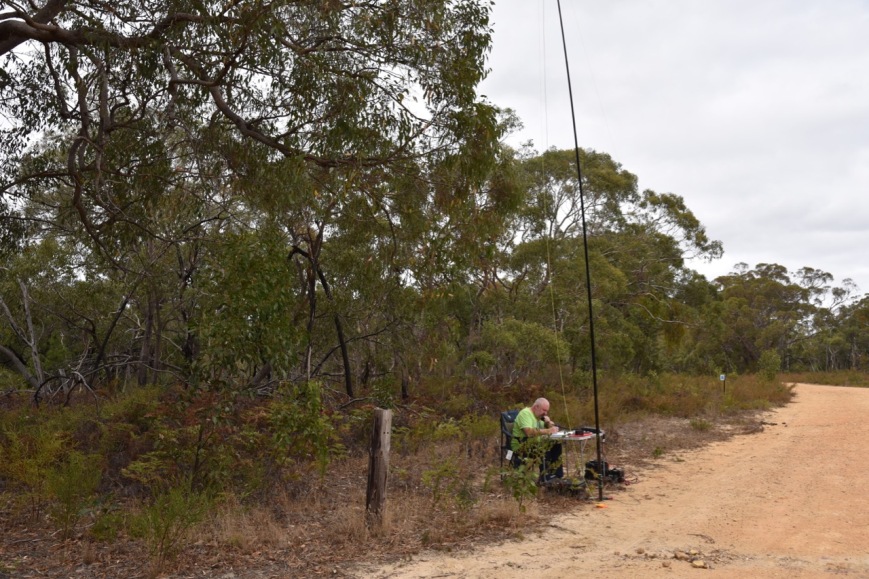 I worked the following stations on 80m SB:-