I left Ettrick Conservation Park and headed for my next park, the Lowan Conservation Park 5CP-121 and VKFF-1052.  Again this was another park I had activated previously, so this activation would go towards the Boomerang Award and count towards my stats for the 2019 Top Activator. 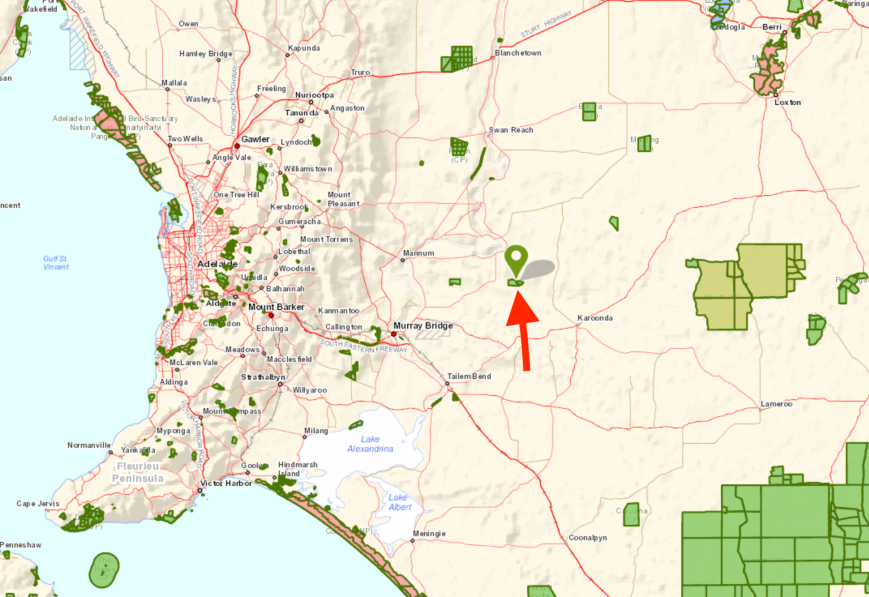 I travelled along Glenburr Road and then Piggy Back Road and turned left onto Bowhill Road.  It wasn’t long before I reached the intersection with Gribble Bore Road.  There is a cairn here to commemorate the sealing of the Bowhill Road, and an old well and windmill.

I travelled east along Gribble Bore Road and soon reached the park which is well signposted.

The Lowan Conservation Park was established on the 9th day of September 1971 and was formerly known as the Lowan National Park.  The land was purchased by the South Australian State Government on the advice of “the Land Board and National Parks Council” from the owner “who were anxious to see scrub remain on the block.

On the 27th day of April 1972, the park was reconstituted as the Lowan Conservation Park upon the proclamation of the National Parks and Wildlife Act 1972.  On the 2nd day of August 1973, land in section 73 of the Hundred of Bowhill was added to the conservation park.

The park consists of tall open scrubland and open mallee. 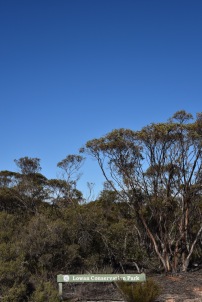 The park takes its name from the endangered Malleefowl which is also known as the Lowan.

I entered the park via one of the open gates on Gribble Bore Road and travelled down the 4WD track. Above:- An aerial shot of the Lowan Conservation Park showing my operating spot.  Image courtesy of Location SA Map Viewer.

Once again I had very little if any phone coverage in the park.  I called CQ on 7.144 and within a short period of time, Deryck VK4FDJL came back to my call.  John VK2MOP followed, then Peter VK1JH on his way to a SOTA summit, and then Warren VK7WN/p on Bruny Island.

My first Park to Park for the activation came 13 QSOs into the activation.  It was with Peter VK3PF/p who was activating the Rokeby Flora Reserve VKFF-2428.  A few QSOs later I was called by Peter VK1JH who was now on top of his SOTA summit, Tuggeranong Hill VK1/ AC-038.  A few QSOs I had another Park to Park in the log, with a QSO with Rob VK4AAC/3 in the Tocumwal Regional Park VKFF-0978.

I logged a total of 51 QSOs on 40m including three more Park to Park contacts: Ian VK1DI/p in the Goorooyaroo Nature Reserve VKFF-0841; Adam VK2YK/p in the Medowie State Conservation Area VKFF-1349; and David VK2JDS/m in the Sturt National Park VKFF-0470. 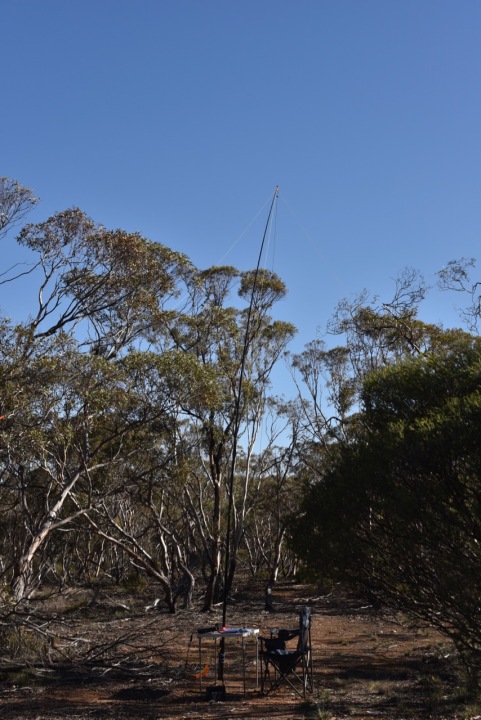 I then headed off to 20m where I logged 8 stations from VK2, VK4, New Zealand, and Canada.  I was very surprised to be called by Marvin VE3VEE in Canada.

It was then off to 80m where I called CQ on 3.610.  Andy VK5LA in the Riverland was first in the log, followed by Marija VK5FMAZ, and then John VK5BJE.  I logged a total of QSOs on 80m including three Park to Park contacts with Ian VK1DI/p in the Goorooyaroo Nature Reserve VKFF-0841; Gerard VK2IO/5 in the Upper Gulf St Vincent Marine Park VKFF-1755; and Peter VK3PF/p in the Sweetwater Creek Nature Conservation Reserve VKFF-2200.

To conclude the activation I moved back to 40m.  I now had 68 contacts in the log.  I logged a further 14 stations on 40m including Max IK1GPG in Italy, and two further Park to Parks: Adam VK2YK/p in the Tilligerry State Conservation Area VKFF-1377; and Peter VK3PF/p in the Bull Beef Creek Nature Conservation Reserve VKFF-2055.

It was now 3.30 p.m. and time to head home.  It had been another great activation, with 82 contacts in the log including 12 Park to Park QSOs.

Again, MANY THANKS to those who spotted me.