Today (Tuesday 30th July 2019) I decided to head down to town to activate two new parks for me.  The first being the Shepherds Hill Recreation Park VKFF-1744.

The park is located in the foothills of the Mount Lofty Ranges, about 9 km south of the city centre of Adelaide.

The Shepherds Hill Recreation Park is 77 hectares in size and was established on the 1st January 1955.  The park is located in the south-west extremity of a much larger area of remnant native vegetation stretching across the foothills to Brownhill Creek. Much of that remnant vegetation is on reserved land and Shepherds Hill Recreation Park is part of a complex of public open-space land that protects native vegetation and provides a range of opportunities for outdoor recreation. In particular, it adjoins the Watiparinga Reserve managed by the National Trust of South Australia, and the Saddle Hill and Ellis Avenue Reserves managed by the City of Mitcham Above:- An aerial view of the Shepherds Hill Recreation Park, looking north back towards the Adelaide CBD.  Image courtesy of Google maps.

The park preserves old-growth Grey Box Woodland and creeks lined with old-growth River Red Gums.  The park includes the confluence of Walkers and Wattiparringga Creeks.  The park also includes native grasses and a number of rare plants occur in Shepherds Hill.   Grey Box is considered to be uncommon in the Southern Mount Lofty Ranges and Grey Box Woodlands are limited in their distribution to the foothills and hill slopes south of Adelaide.  Referred to in colonial times as the ‘Black Forest’ they have borne the brunt of suburban settlement and invasion by exotics.  There are only a few degraded examples in other nearby parks including Belair National Park, Sturt Gorge Recreation Park and Onkaparinga River National Park.  The Shepherds Hill Recreation Park, together with Watiparinga Reserve, has the last substantial remnant of River Red Gum Woodland in the southern Hills Face Zone. 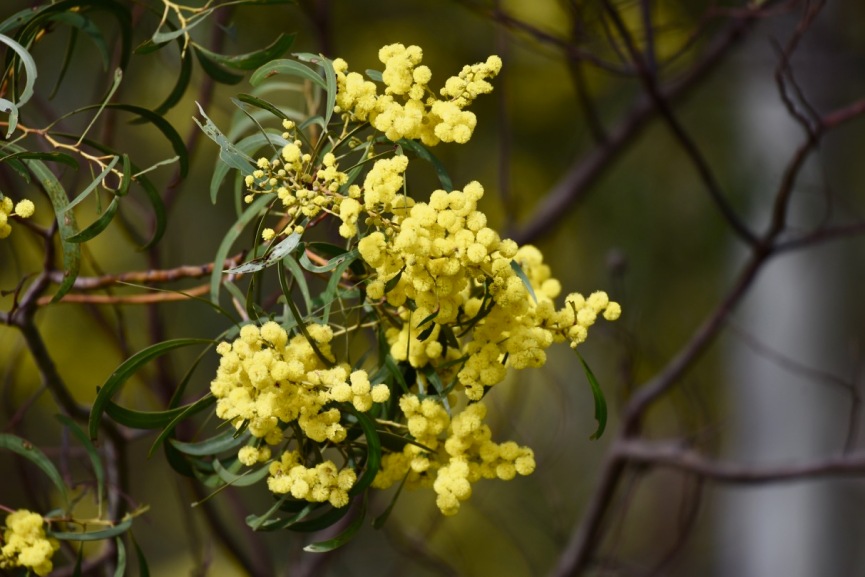 There are some nice views of the city of Adelaide from the high points within the park.

Native mammals that call the park home include the Common Brushtail Possum, Common Ringtail Possum, Yellow-footed Marsupial Mouse, Echidna, Koala, and Bush Rat.  About 15 species of reptile have been recorded in the park including Cunningham’s Skink which is rated as endangered in South Australia.  About 38 species of bird have been found in the park including the Tawny Frogmouth, Nankeen Kestrel, Red Wattlebird, Laughing Kookaburra, Superb Fairy Wren, and Brown Falcon.  The park was alive with Rainbow Lorikeets and Eastern Rosellas during my visit.  Some of the birds I observed are shown in my photos below. 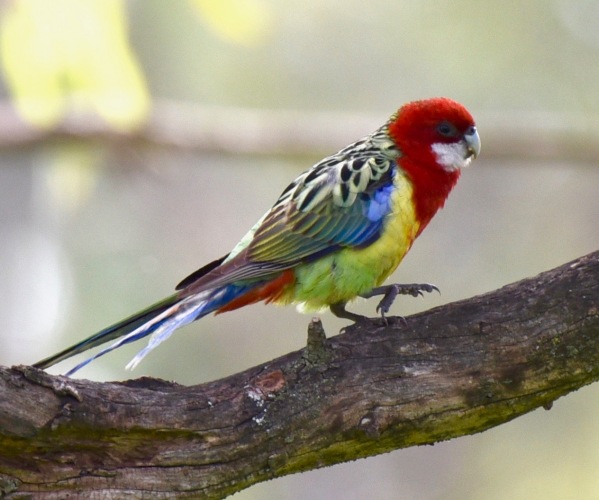 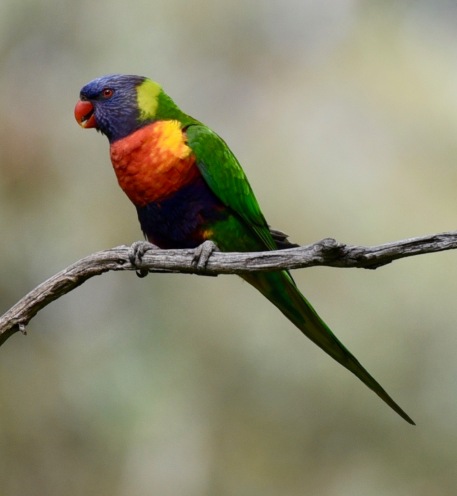 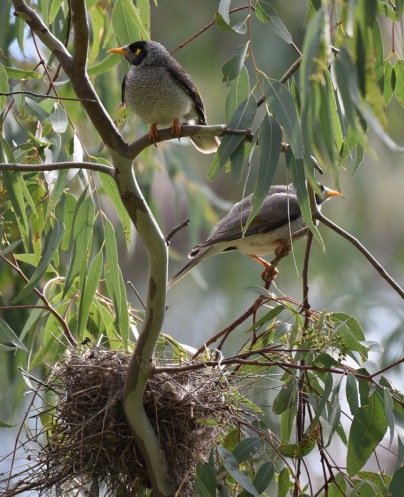 After leaving home I travelled west on the South Eastern Freeway and down into the suburbs of Adelaide.  I travelled down Fiveash Drive and on to Ayliffes Road and soon reached the northern section of the park.  The carpark here was full so I decided to try the other side of the park.

I was hoping to access the park through the Women’s Playing Fields on Shepherds Hill Road, but the gates were locked.  So I then turned onto Mill Terrace and parked at the end of Springwood Close.  There is an access point to the park here.

This appeared to be a quiet section of the park and there was plenty of room to string out my 20/40/80m linked dipole without interfering with any other park users.

Above:- An aerial view of the park showing my operating spot.  Image courtesy of Google maps.

Sadly when turning on the transceiver I saw that the noise floor was strength 7 to 8 on the 40m band.  I realised then, why I had not activated this park before, as I always expected that it would be noisy and busy with people.

First in the log was Peter VK3PF, followed by Liz VK2XSE mobile, and then Gerard VK2IO/5 who was near Oodnadatta in the Far North of South Australia.  Deryck VK4FDJL/8 followed, with a good signal from near Alice Springs.

It took me about 12 minutes to get 10 contacts in the log, qualifying the park for the VKFF (Australian) program.  There were a lot of stations calling, but many I was unable to pull out of the noise.

I then headed to the 80m band and logged 4 stations there, John VK5BJE, Steve VK5SFA, Adrian VK5FANA, and Mike VK6MB/3 in VKFF-2052 for a second band.  Unfortunately, I had to put up with strength 7 to 8 noise on this band also.

The 20m band was my next stop and surprisingly the noise floor was strength 2.  I logged 8 stations on 20m from VK2, VK3, and VK4.

To conclude the activation I moved back to 40m, with 36 stations in the log and a further 8 stations for the magical 44 QSOs.  To my listening pleasure, the noise floor had dropped down to strength 3 to 4 on 40m.  I logged 8 stations just getting me over the line.  Contact number 44 was with Keith VK3MKE.  I also logged Ian VK1DI/2 who was activating the Washpool National Park VKFF-0521, one of the Gondwana parks.

Thank you to everyone who called and a BIG THANK YOU to those who took the time to spot me. 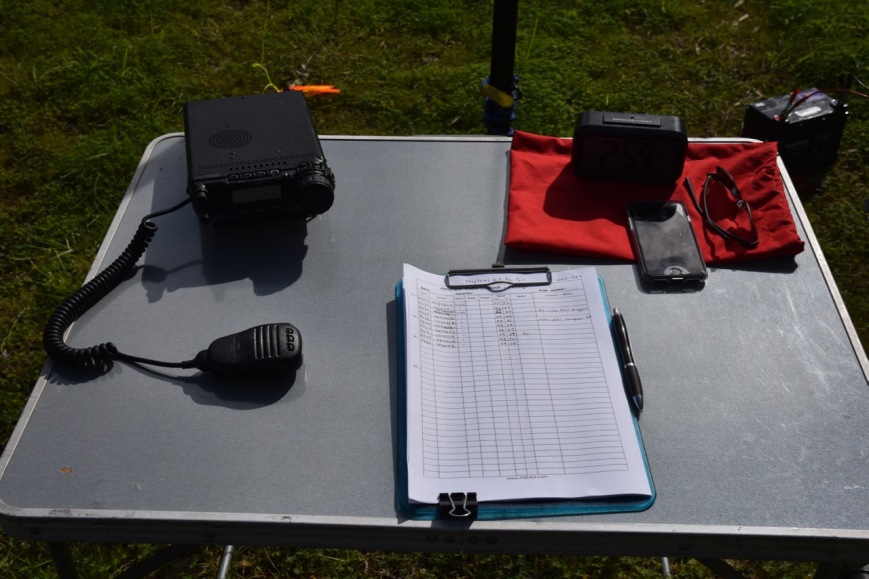