Yesterday (Saturday 24th August 2019) I headed to the Kyeema Conservation Park 5CP-107 & VKFF-0826, which was to be another park towards the South Australia National Parks & Wildlife Service certificate which is on offer during August 2019.

I have activated and qualified Kyeema on numerous previous occasions.

Kyeema is located about 62 km (by road) south of the city of Adelaide and about 15 km east of the town of Willunga.

Above:- Map showing the location of the Kyeema Conservation Park.  Map courtesy of Protected Planet.

The Kyeema Conservation Park is about 346 hectares (850 acres) in size and was established on the 12th day of November 1964.  The park was first proclaimed as a Wild-Life Reserve on the 12th day of November 1964.  It became the Kyeema National Park on the 3rd day of August 1967.  It was reconstituted as the Kyeema Conservation Park on the 27th day of April 1972.  A further 25 hectares of land was added to the park in 1974. Above:- An aerial shot of the Kyeema Conservation Park looking back towards my home (marked with the blue pin).  Image courtesy of Google Maps.

The area surrounding the park was mined for alluvial gold back in the 1880s and was abandoned in 1890 due to a low yield.  A few years later, some the scrub was cleared for pine plantations and in 1932 a labour prison reserve was established here.  The camp which opened on 22nd March 1932 was South Australia’s first prison camp.  It was originally known as the Kyeema Afforestation Camp and was later known as the Kyeema Prison Camp.

The Prison Camp was used by low-security risk prisoners and on average, around 13 prisoners worked in the area at any one time, guarded by only 2 prison guards.  The prisoners cut a road through the stringybark forest to the camp, and sank wells, grew their own vegetables, carted water from the creek when the wells failed, showered from buckets, cut firewood, planted trees, put up fences and built bridges.

The camp soon developed the reputation of being the most humane’ development in the history of the South Australian penal system’.  As was the case with other inmates a prison camps, the prisoners were called by name, not number, and were paid at a higher rate for their labours than other prisoners.  Upon completion of their work, the prisoners were allowed to yarn, read or play dominoes.  The prison camp was closed during the mid 1950s.

Numerous native mammals can be found in the par including Western Grey kangaroos and Southern Brown Bandicoot. 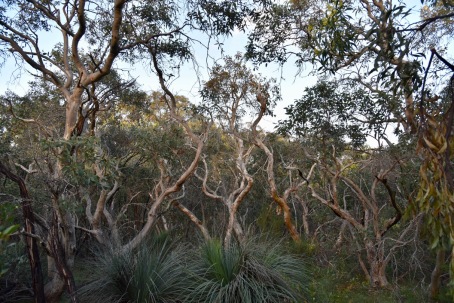 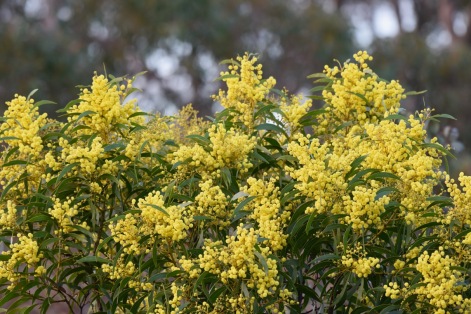 The park was devastated during the 1983 Ash Wednesday bushfires, and a number of the eucalypt trees located in the southwestern part of the park were planted by school students during the 1980s as part of a long-term revegetation program.  About 20,000 seedlings were planted in the first three years.  The area is known as the ‘Children’s Forest’ to recognise the many children who helped to re-create the valuable habitat.

Above:- Article from the Victor Habour Times newspaper, Wednesday Sept 28 1983.  Courtesy of trove.nla.gov.au.

Another significant fire burnt the park during November 2015.  During my visit to the park, I noted a lot of burnt scrub.  It appears the park has been subject to another recent fire, however, there was a lot of regrowth.

The famous Heysen Trail passes through the park.  The 1,200 km Heysen Trail runs from Cape Jervis on the Fleurieu Peninsula to Parachilna Gorge in the Flinders Ranges.  There are other walks in the park including the Myrtaceae Hike (6km return – 3 hours) and the Mulurus Hike (1.2 km return – 30 minutes). 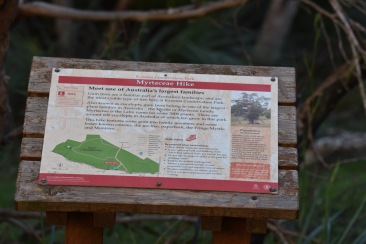 There is a large car parking area off Woodgate Hill Road and a cleared area between the roadway and the scrub which is an ideal operating spot.

For this activation, I ran the Yaesu FT-857d, 30 watts, and the 20/40/80 m linked dipole supported on the 7-metre heavy duty telescopic squid pole.

After setting up and turning on the transceiver I tuned across the band to find a clear frequency.  The 40m band was very much alive with lots of stations, including some very strong signals coming out of Europe.  I found 7130 clear and asked if the frequency was in use.  Steve VK4JSS came back to my call to advise he was about to start calling CQ and was in the Venman Bushland National Park.  It was a good way to start off the activation with a Park to Park contact.

After logging Steve I moved right up the band to 7.175 and started calling CQ.  Rob VK2VH came back to my call with a strong 5/9 signal.  This was followed by Bruce VK2HOT, Peter VK2UXO, and Marija VK5FMAZ. 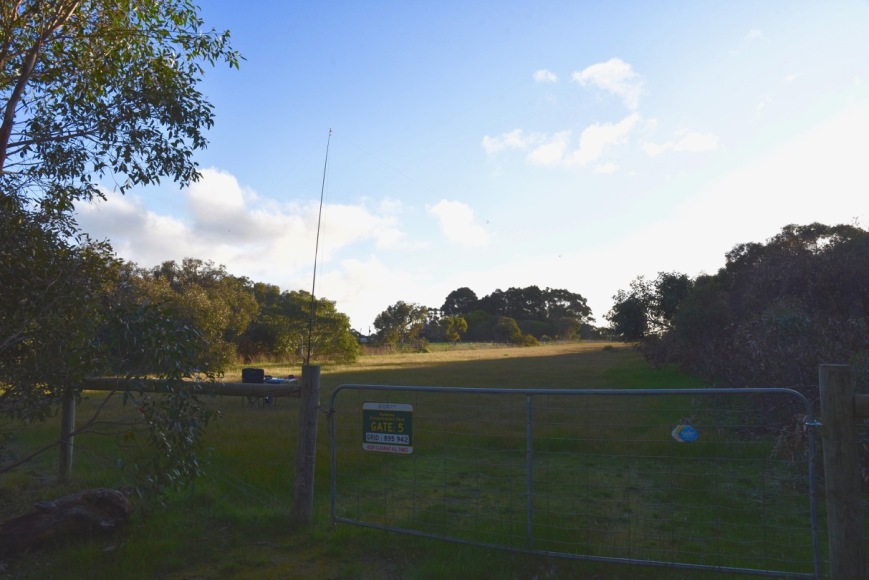 Above:- View of gate three and my operating spot.

In between contacts, I managed to place up a self spot on parksnpeaks.  It didn’t take long for this to drag in some of the regular park hunters.  I ended up logging a total of 43 contacts on 40m from VK1, VK2, VK3, VK4, VK5, VK7, and New Zealand.

The 40m band was in reasonable shape.  Signals from Victoria were very strong, although signals from New South Wales seemed to be down a little.  I was called by Max IK1GPG amongst the Australian callers.  Sadly on this occasion, I was not able to make it to Italy on 40m.

I then lowered down the squid pole and removed the links for the 20m band and headed to 14.310.  I placed up a self spot on parksnpeaks and soon had my first caller in the log, Bob VK6POP in Western Australia.  Unfortunately, Bob was my only caller on 20m.  However, he had qualified the park for me for the global WWFF awards, being contact number 44 in my log.

To conclude the activation I moved down to the 80m band and called CQ on 3.610.  John VK5BJE at Scott Creek was first in the log on that band with a strong 5/9 signal.  This was followed by Andy VK5LA and Danny VK5DW in the Riverland, and then Marija VK5FMAZ.  I logged a further 9 stations on 80m

The temperature had dropped from 14 deg C down to 8 deg C and it was time for me to pack up and go for a quick walk in the park.  I had a total of 57 contacts in the log, 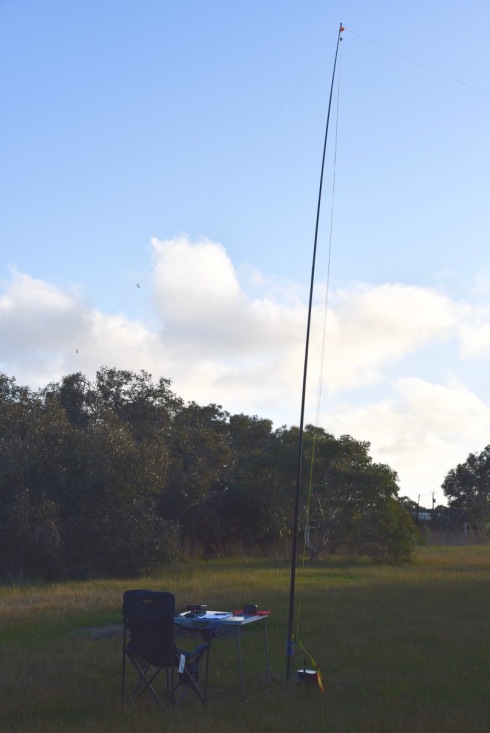