Our second park for the day (Monday 2nd December 2019) was the Gerang Gerung North Flora & Fauna Reserve VKFF-2319 which is located about 353 km northwest of the city of Melbourne.

This was to be a first-time activation of the park for the World Wide Flora & Fauna (WWFF) program.

As we drove along the Gerang-Glenlee Road we saw two signs.  The first was for Mallee Dam Flora Reserve and a little further on was a sign for Gerang-Gerung Recreation Reserve.  We consulted the maps and confirmed that we were in the right place and this was, in fact, the Gerang Gerung Flora and Fauna Reserve.

The park is located on the northern side of the Western Highway, the main highway between Adelaide and Melbourne. The park is about 267 acres in size and conserves a piece of remnant bush surrounded by cleared farming land.  Angle Road and the Gerang-Glenlee Road dissect the park. 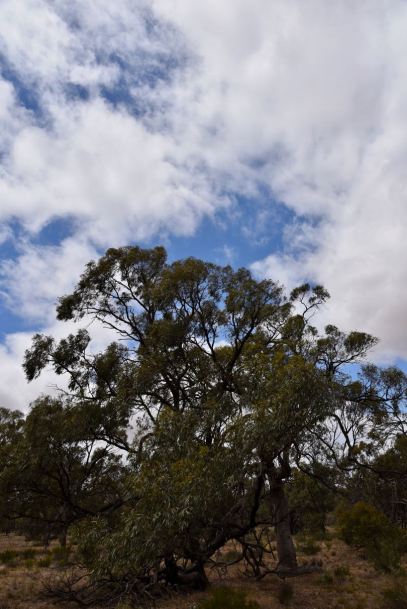 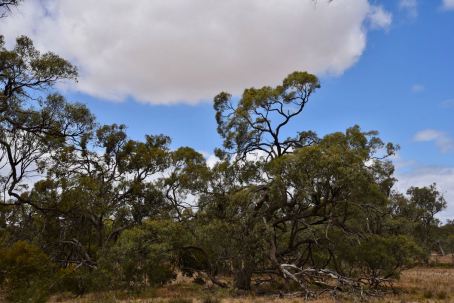 We drove down a dirt track on the northern side of the park and set up amongst a clearing in the scrub.

I called CQ on 7.144 and this was answered by Peter VK3PF, followed by Geoff VK3SQ, Grant VK2LX, and Rob VK2VH.  Contact number ten came 5 minutes into the activation, with a QSO with Adrian VK5FANA.

Despite it being a weekday, there was a steady flow of callers.  The 40m band was in good shape again, with close-in propagation existing again into VK5 and around VK3.

With 20 contacts in the log, it was time for Maija to qualify the park for VKFF.  Marija called CQ on 7.140 and this was answered by regular park hunter Peter VK3PF, followed by another regular Don VK3MCK, Chris VK3PAT, and then Ron VK3AHR.

Marija’s tenth contact came just 6 minutes after calling CQ, with a QSO with Les VK5KLV.  Marija logged a total of 13 stations on 40m from VK2, VK3, and VK5, before we again swapped the mic. 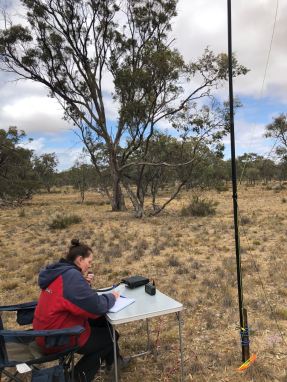 I logged a further 9 stations on 40m before heading to the 20m band.  First in the log on 20m was ‘Mr. Reliable’ John VK4TJ with a good 5/7 signal.  I logged a total of 9 stations on 20m.  I was very surprised to be able to work David VK5PL in the lower Barossa Valley and Les VK5KLV in Port Augusta.

I then moved to 80m, logging 4 stations from VK2, VK3, and VK5.  To finish off the activation I tried 15m where I logged four contacts, all from Queensland.