Yesterday, Sunday 27th October, 2013, a group of 8 attended the Kingsford Hotel at Gawler for a lunch to celebrate the 1st year anniversary of SOTA in VK5.

Special thanks to Larry 5LY and Andy 5LA who travelled all the way from the Riverland, and Mike 5MCB, who also travelled to the lunch from Pt Pirie.

Larry 5LY & Andy 5LA even activated Mt Gawler, VK5/ SE-013, on the way to the lunch.  John 5BJE and I received a phone call from Andy to advise that they were on the summit.  So John and I pulled the car over, on Lower Portrush Road, and made contact with Larry and Andy from the mobile.  John was a bit more generous with his signal report than me. 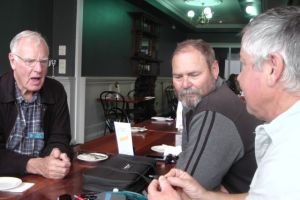 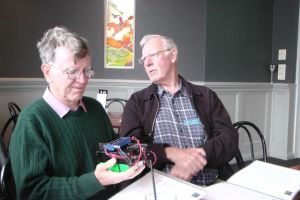 We decided that the afternoon at the pub, would be a show and tell, so a selection of transceivers, antennas, and other gadgets were brought along.  It was good to see and hear what equipment everyone was using. 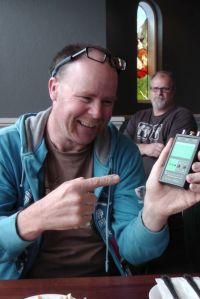 It was a really good fun afternoon with a nice meal, a few beers, plenty of laughs, and a few war stories from a summit or 2. 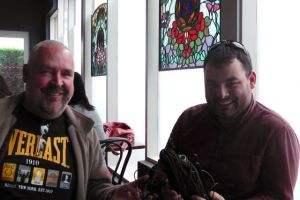