On Friday evening (18th Oct 2013) I drove down to the beach at Corny Point and set up my gear, hoping to get some contacts on the 7130 DX Net.  It was a really warm evening, so shorts & t-shirt & thongs were in order.  I found a nice little parking spot on Lighthouse Road, which had some steps leading down to the beach.  There were no issues with lighting, as there was a full moon.  The beach was beautiful and sandy and there was just a very gentle breeze coming in off the Spencer Gulf.  Everything seemed to be perfect…so what about propagation conditions ?

After setting up the 40m/20m linked dipole on the 7m squid pole, I turned the 817nd on, and the signals coming in from the 7130 DX Net were very strong.  The noise floor was virtually non existent, so I decided to give the 2.5 watt setting a go.  And it paid off, as people were hearing my little QRP signal.

Below is a photo taken during the day (the following morning) of where I operated from. 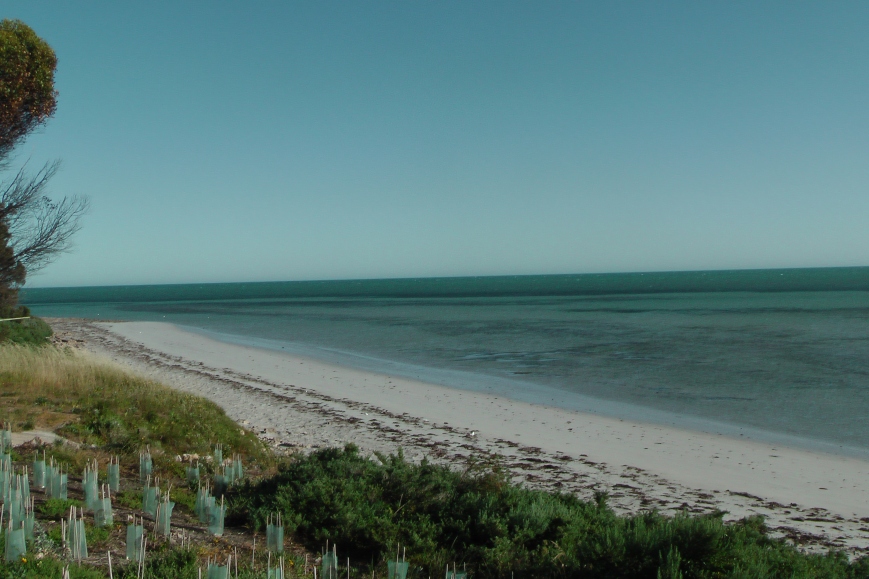