On Sunday morning, 21st June, 2015, we all awoke to a beautiful sunny, but crisp morning.  And we were all hoping that we would get the okay from the owners of Merna Mora, for us to travel out along one of their 4WD tracks to the Lake Torrens National Park, VKFF-278.  We had planned to activate Lake Torrens on Saturday, but there had been a lot of rain here in the north, so the 4WD tracks on Merna Mora property had been closed.

So we patiently waited and were then given the thumbs up by Philip and Sonya, the owners of Merna Mora.  To say I was excited was an understatement.  The rain had affected our trip quite a lot, and I was very keen to do a bit of 4WDing out to Lake Torrens, and of course activate a unique park.

Lake Torrens National Park is a very remote park, situated about 350 km north of Adelaide.  It consists of stark wilderness and the salt lake that stretches 250km in length.  Lake Torrens is normally a dry salt flat and has only been filled with water once in the past 150 years.  Thunderstorms occasionally provide a small amount of water in the lake and when this occurs, a variety of birdlife is attracted to the area. 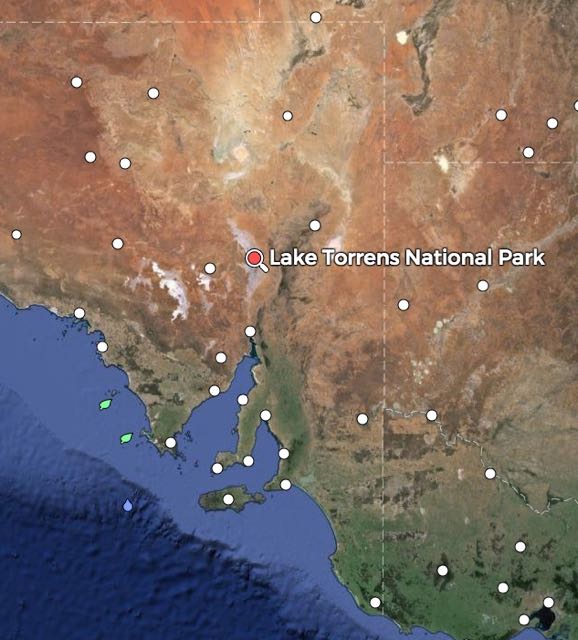 On our way out to the park I spoke with Mick VK3PMG on 7.105.  Mick was kind enough to post a message on the WWFF Australia Yahoo group and the VK5 Parks Yahoo group that we were enroute to the park, and also put up an alert on parksnpeaks for us.  Many thanks Mick

We activated the park from very close to the shore of the lake itself, just off the 4WD track. 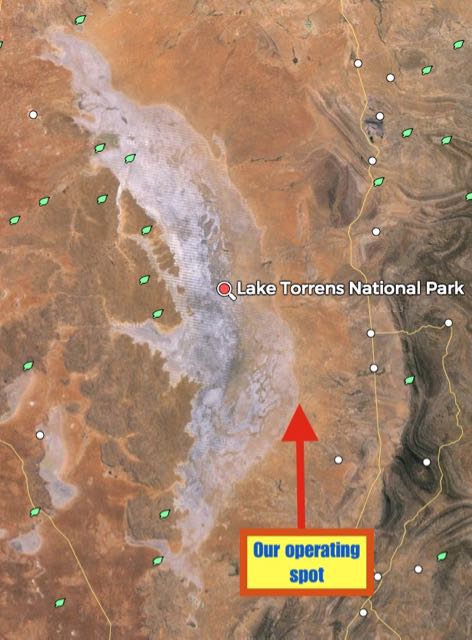 Above:- Map showing our operating spot.  Map courtesy of mapcarta.com

After arriving at the lake, John VK5BJE and I were quick to set up our stations.  John wanted to give 30m a crack again, so I started out on 40m, calling CQ on 7.095.  Quite appropriately, after his earlier help, my first contact was with Mick VK3PMG.  This was followed by Les VK5KLB, David VK5HYZ, and then Peter VK5FLEX.  Band conditions on 40m appeared to be very good.  It was very pleasing to have a steady flow of callers from VK2, VK3, VK5, and VK7, all with good signals.

After working a total of 22 stations I took a break, as I was getting a bit of interference from John VK5BJE.  We had set up a little bit too close to each other.  I had some lunch and enjoyed the sunshine, and admired the amazing view of Lake Torrens.

After lunch I put out a few calls on 15m, but sadly there were no takers.  And because we had no mobile phone coverage in this remote part of South Australia, we were not able to spot ourselves on parksnpeaks.  So I put a few CQ calls out on 14.310 and spoke with VK2ID portable on the beach, Alan VK4ALA, Fred VK4FE, Craig VK2PAW, and then Marc operating a military transceiver and running just 25 watts.

I then called CQ on 40m and my first contact there was with Cliff VK2NP, followed by Gerard VK2IO who was operating from SOTA summit, Mount Canobolas, VK2/ CT-001, near Orange.  This was followed by a call from Karl VK2GKA activating STA peak, Mount Alexandra VK2/ IL-005 near Mittagong.  A few contacts later, Peter VK3YE gave me a shout, whilst operating portable from Chelsea Beach in Melbourne, with a home brew transceiver.  I also had a contact with Ian VK1DI who was activating O’Connor Ridge Nature Reserve VKFF-857.  For more info on Ian’s activation, have a look at Ian’s blog at…..

I managed to push on and go past the required 44 contacts for the World Wide Flora Fauna (WWFF) program.  After 2 hours in the park I had a total of 47 contacts in the log.  We headed back to Merna Mora along the 4WD track, admiring the views of the Flinders Ranges and viewed a large amount of wildlife, including Western Grey kangaroos, Red Kangaroos, Emus, and Wedge Tailed eagles.  Also avoiding the occasional stock that we encountered along the way. 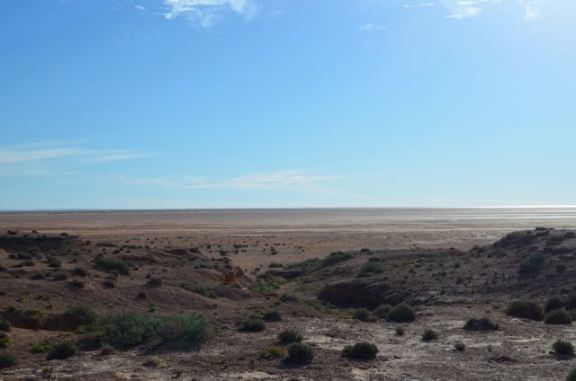 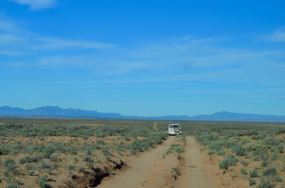 After returning to Merna Mora, we stoked up the outdoor fire and cooked some potatos in jackets in alfoil, as part of our tea, which we all enjoyed together again in the indoor kitchen area.