My first activation for the Wagga Wagga trip was the Wyperfeld National Park, in Victoria, which qualifies for the Keith Roget Memorial National Parks Award (KRMNPA) and the World Wide Flora Fauna (WWFF) program.  I have activated Wyperfeld previously, back in November 2013 as part of the 2013 KRMNPA Activation Weekend.  But I had fallen short of the required 44 QSOs for the WWFF program.  In fact I had 43 contacts in the log.  Not sure what happened there?  So my activation at Wyperfeld was going to be a quick one as I only needed 1 contact to qualify the park. 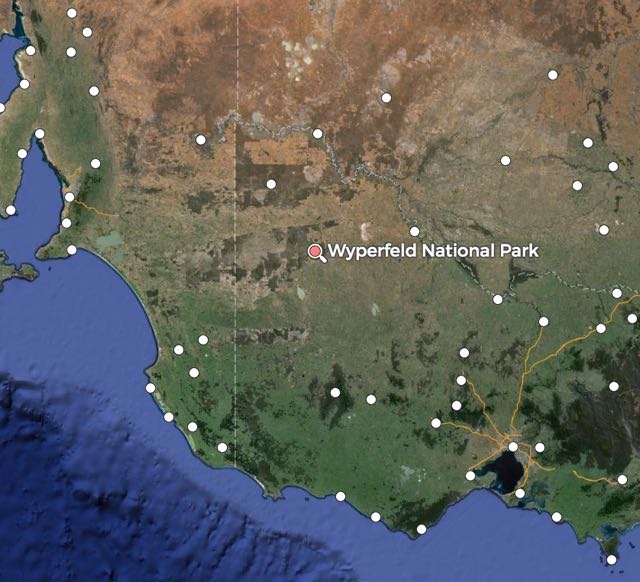 Above:- Map showing the location of Wyperfeld National Park.  Map courtesy of mapcarta.com

It was a bright and early start to the day (Thursday 22nd October 2015).  In fact it was a 5.15 a.m. rise out of bed.  No sleep in for me on my days off.  But, I am normally up around this time anyway to head off to work, so it wasn’t so bad.  All up, I had a 500 km drive to my intended first overnight stop, which was Balranald in New South Wales.  And it was 300km to Underbool in Victoria, from where I intended to access Wyperfeld.

Above:- Map showing my drive from Mount Barker in South Australia, to Balranald in New South Wales.  Map courtesy of google maps.

After leaving home I headed east on the South Eastern Freeway and travelled over the mighty Murray River at Murray Bridge and then on to the town of Tailem Bend.  It was just out of Tailem Bend that I turned left onto the Mallee Highway, which is the main highway between Adelaide and Sydney. 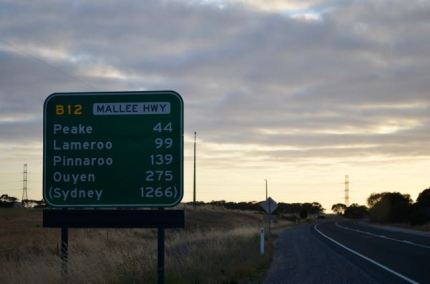 My drive from there would take me east on the Mallee Highway through the little South Australian towns of Moorlands, Sherlock, Peake, Jabuk, Geranium, Parrakie, Lameroo, Parilla, and finally Pinnaroo before reaching the South Australian/Victorian border.

I briefly stopped at the little town of Peake to have a look at ‘Pollys Well’ which was sunk by John Whyte, and was an important watering point for Moorlands Station.  During the 1900’s, early farming settlers depended upon ‘Pollys Well’, as it would take a total of 8 days to travel by bullock wagon, between Tailem Bend and Pinnaroo. 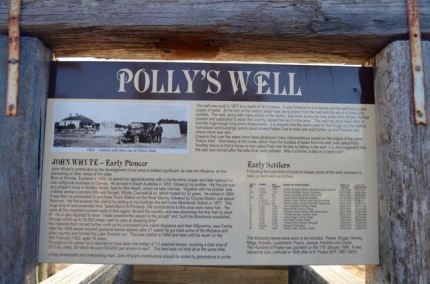 I continued on to the Victorian border where I stopped for a stretch of my legs and a brief photo opportunity.

I next stopped at the Victorian town of Murrayville which is about 24 km from the border.  The town is the birthplace of Australian Olympic basketballer, Rachael Sporn.  There is a great tourist stop here with some interpretive signs explaining about the local National Parks and the rare Mallee Fowl which can be found int he park. 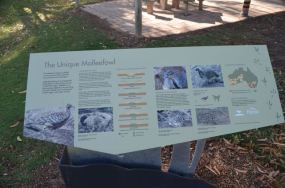 Following after Murrayville, are some other interesting little towns including Cowangie, Underbool and then Walpeup.  Cowangie is the birthplace of V8 Supercars driver, Larry Perkins. 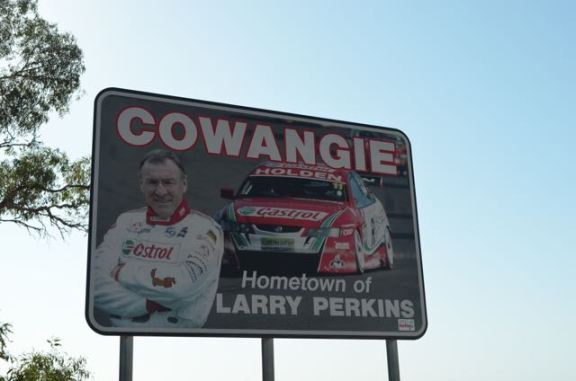 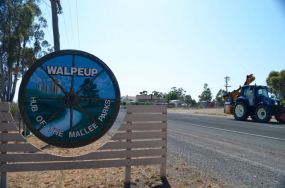 Wyperfeld National Park is located in the flat, semi arid western corner of Victoria.  It is a very big park consisting of 360,000 hectares.  Pressure from naturalists inspired the government to reserve 3,900 hectares in 1909.  It was proclaimed in 1921.  The name is of German original and was most likely given by German settlers who cane to the Wimmera Mallee region from South Australia.  The park contains a chain of lake beds which are connected by the normally dry Outlet Creek, which is the northern extension of the Wimmera River.

About 450 species of native plants occur in the park.  Over 200 species of birds have been recorded in Wyperfeld.

I was set up and ready to go by 10.00 a.m. Victorian local time.  It had just gone past midnight UTC.  For this activation I ran the Yaesu FT-857d, 40 watts, and the 30m/20m linked dipole supported on the 7m telescopic squid pole.

I headed for my nominated operating frequency of 7.144 and called CQ.  My first contact was with Mick VK3PMG who was very very strong from Stawell in Victoria.  This was followed by Adrian VK5FANA who was a good 5/8 from Arthurton on the Yorke Peninsula.  Next up with Tom VK5EE in Mount Gambier who was 5/9.

My ninth contact was with Julie VK3FOWL who was operating portable at a primary school where she shares her interest in the hobby of amateur radio with students.  So I took the time to have a chat with young Isobel and Carla at the school in Ormond.

I went on to work a further 9 stations on 40m, but it then went very quiet.  I had just started lowering the squid pole and was about to remove the links when I was called by Mark VK7MK who was way off frequency.  I responded to Mark but unfortunately he didn’t come back to me despite a few attempts at calling him in.

So I then removed the links in the dipole and called CQ on 14.310.  This was answered by Brett VK2VW with a good 5/8 signal.  This was followed by Adam VK7VAZ and then park stalwart Rick VK4RF.

After about 50 minutes in the park it was time to pull stumps and get back on the road,  I still had a 200 km drive ahead of me.  I had qualified the park and had a total of 23 contacts in the log.

Last Thursday (22nd October 2015) I headed off bright and early for Balranald in New South Wales.  My eventual destination was Wagga Wagga for the SOTA and Parks gathering being held at the Wagga Wagga Amateur Radio Club clubrooms.

The following were activated…….

I will post more info and photographs on each activation in the coming week or so. 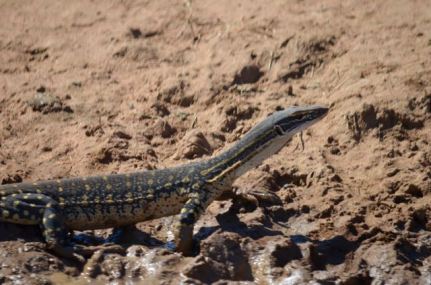 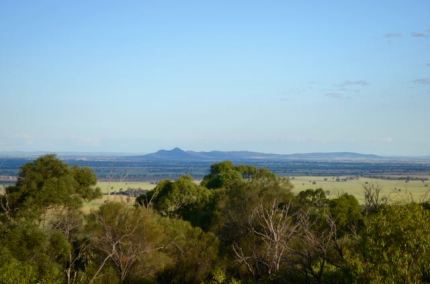 In the past few days I received the certificate below.  It is the Pine Code Award issued by the Great Outdoors Radio Club (GORC).

For more information on the Great Outdoors Radio Club, please check out their website at…..