After packing up at Oolambyean National Park, I drove back to the Sturt Highway and continued east towards the town of Narrandera.  My next planned activation was a summit, Galore Hill VK2/ RI-047, for the Summits on the Air (SOTA) program.

As I left the National Park I had a chat with Ian VK5CZ and Craig VK3WAR on 40m from the mobile.  Both had 5/9 signals into the vehicle.

Prior to heading to Galore Hill, I stopped off at Narrandera and met up with Ian VK5CZ and his wife Halima.  We enjoyed a coffee and some fattening cake at the Red Door Cafe. 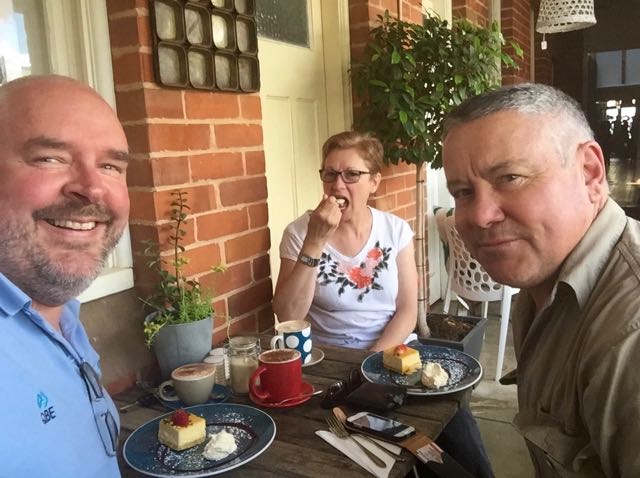 We then hit the road again.  Ian and Halima headed for Wagga Wagga, whilst I headed for Galore Hill, which is situated about 64 km west of Wagga Wagga and about 11 km south of the little town of Galore on the Sturt Highway.

As I drove towards the park I spoke with Peter VK3PF who was portable in the Chiltern-Mount Pilot National Park (5/9 both ways).  Peter was also heading to Wagga Wagga for the SOTA & Parks gathering.

Above:- Map showing the location of the summit.  Courtesy of goole maps.

Mount Galore, or Galore Hill as it is known locally, is 386 metres above sea level and is worth just 1 SOTA point.  It is easily reached by taking the Narrandera to Lockhart Road off the Sturt Highway and then turning left into Slocums Lane.  There is a large brown sign here stating ‘Galore Scenic Reserve’. 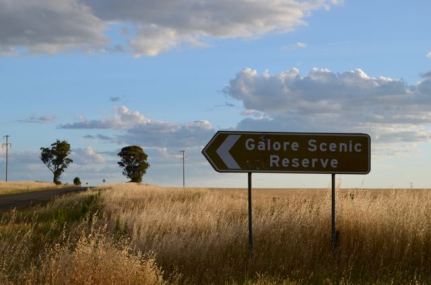 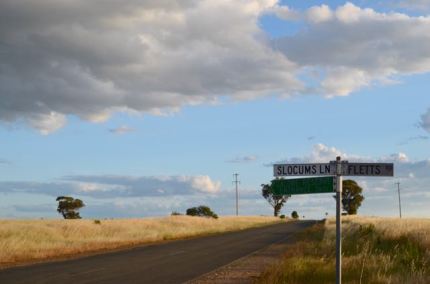 The summit is clearly visible from the Sturt Highway. 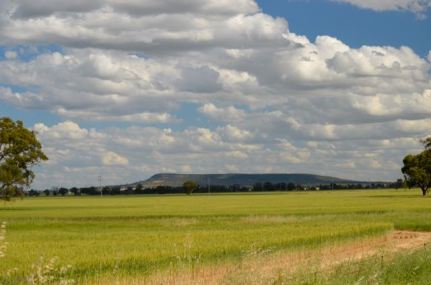 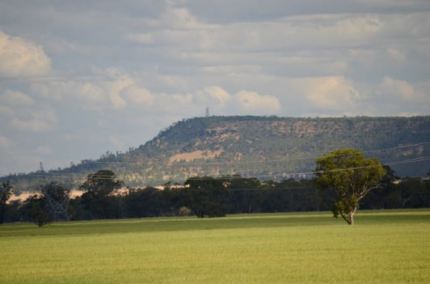 Towards the end of Slocums Lane you will reach the junction with Tinamba Road.  This is where the entry to the Galore Hill Scenic Reserve commences.  Slocums Lane then becomes Fletts Road.  Simply follow the signs to the top of the summit. 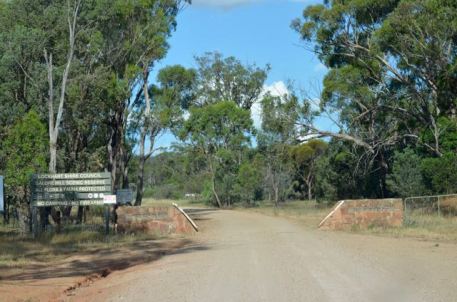 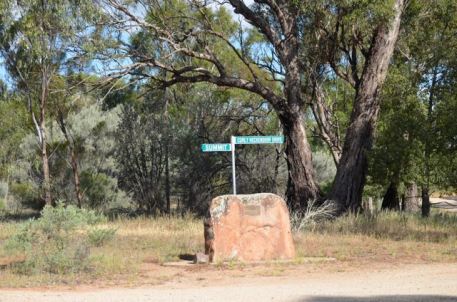 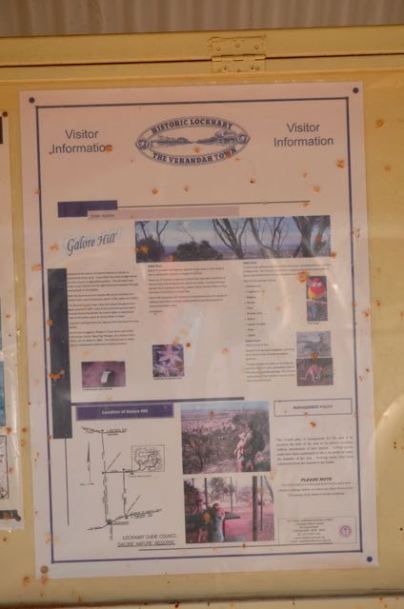 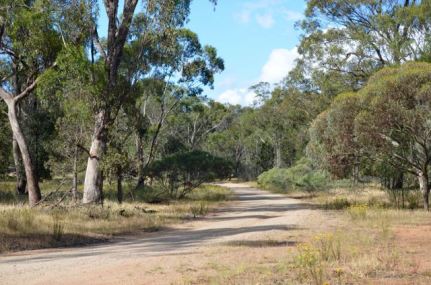 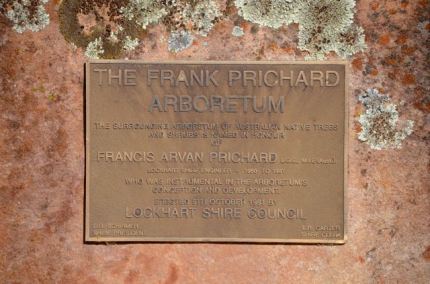 Galore Hill summit is located within the Galore Hill Scenic Reserve which covers an area of over 500 hectares of thriving native bushland.  A wide variety of native animals and birds can be located here including Western Grey kangaroos, echidnas and over 140 species of birds.  Over 850 different varieties of Australian native plants grow within the Scenic Reserve including wattles, grevillias, hakeas and ecualyptus.  The area was formerly a Forest Reserve under the control of the Foresty Commission.  In 1912 the area was let for a grazing lease to a local farmer.  This was despite the fact that the Council strongly opposed the granting of the lease at the time.  In 1968, the local Council gained control of an area of 376 hectares and this was proclaimed as a Recreation Reserve.  In 1978, about 200 hectares were added to the Reserve. 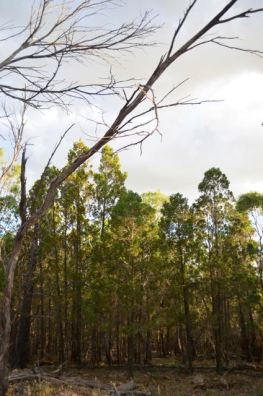 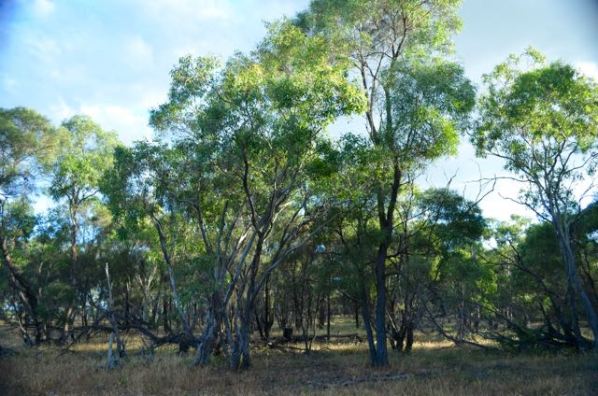 There is a walking track at the summit which takes in the caves of infamous Australian bushranger, Daniel ‘Mad Dog’ Morgan.  The caves were reputedly used as a refuge by Morgan from the persuing authorities.  Although this has not been confirmed, the caves are known today as Morgan’s Caves. 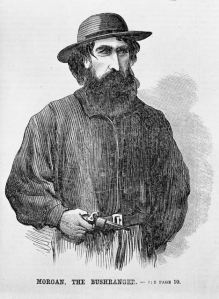 The summit had previously been activated by Allen VK3HRA, Ian VK1DI, Warren VK3BYD, and Mark VK3OHM.  And although it was only worth the 1 point, this was to be my very first SOTA summit activation in New South Wales.

It is reported that the hill got its name after a comment made by Henry Osborne, an explorer, who travelled from Wollongong to Adelaide.  Osborne climbed the hill in 1840 and it is reported that he exclaimed, ‘there is land, and galore‘. 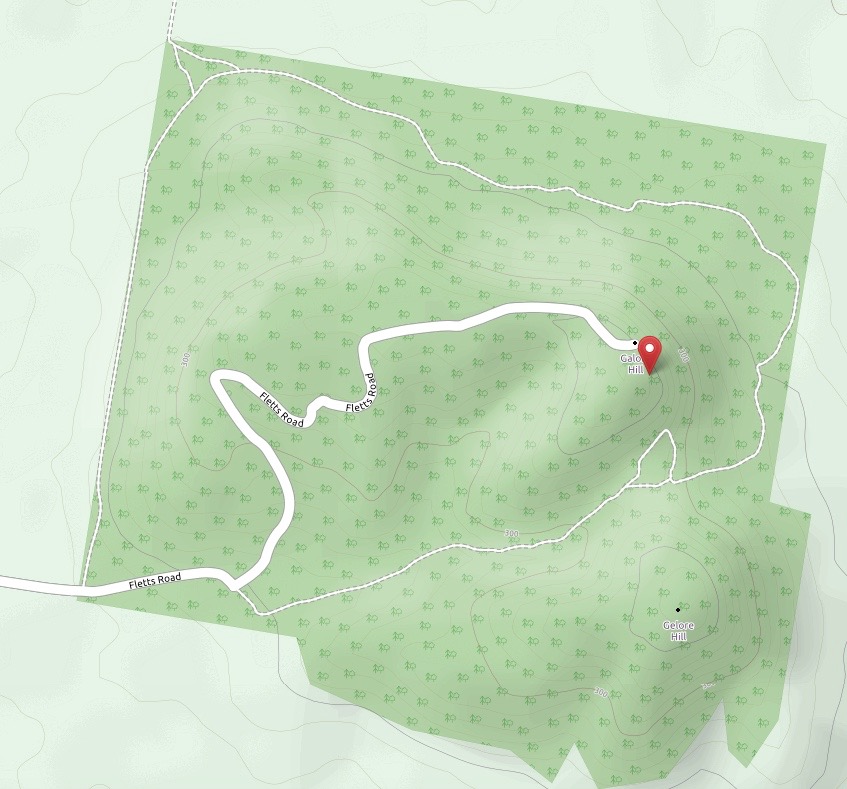 I ran the Yaesu FT-857d and about 30 watts for this activation, with the 40m/20m linked dipole supported on the 7 metre telscopic squid pole.  There was a nicely positioned wooden table and bench at the top of the summit looking out to the east.  It was quite a warm, but stormy afternoon, so I tried to shade myself as much as possible as the afternoon sun certainly had some bite. 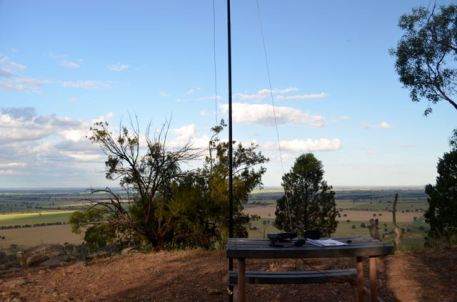 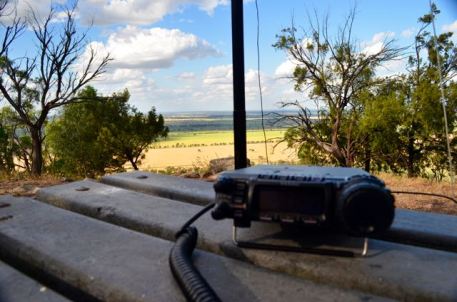 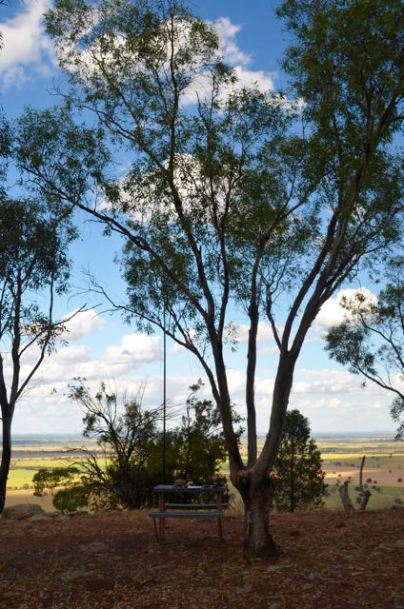 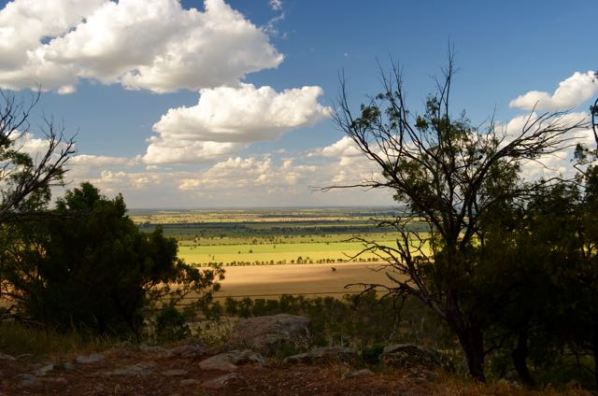 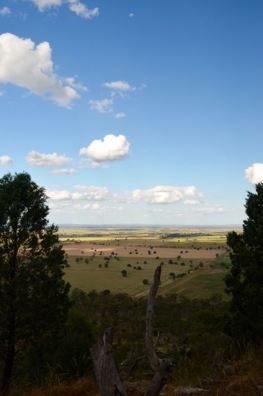 I called CQ on 7.104 and my first taker was Peter VK3TKK mobile with a very good 5/9 signal.  This was followed by another mobile station, Rex VK3OF, and then Eric VK3BSG, and Gerard VK2JNG portable.  I had qualified the summit.

I then headed to 20m hoping to pick up some DX.  I found that 14.310 was clear and I started calling CQ and this was answered by Rick VK4RF.  It wasnt long before the first DX started calling.  First up was Hinko S52KM in Slovenia, followed by Luciano I5FLN in Italy, and then Joan EA3GHZ in Spain.

I worked a total of 26 stations on 20m in about 20 minutes from VK4, Slovenia, Italy, Spain, Belgium, Hungary, Ukraine, USA, Germany, and Russia.  Many of the stations I worked from Europe were the regular WWFF park hunters.

At the end of the activation I climbed to the top of the observation tower which was constructed in 1973.  There is a plaque on the tower with the story of the origins of the name of the hill.  Unfortunately, another plaque has  been stolen by vandals. 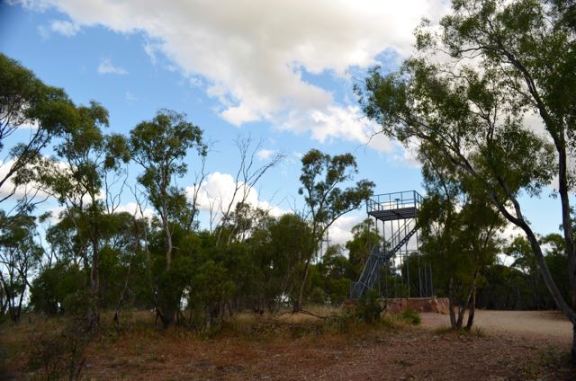 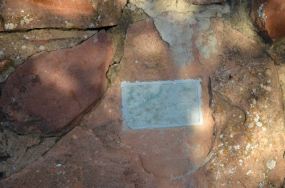 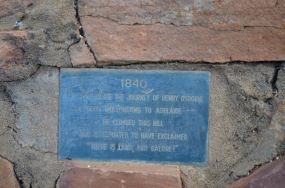 I was rewarded with some very nice views of the surrounding countryside. 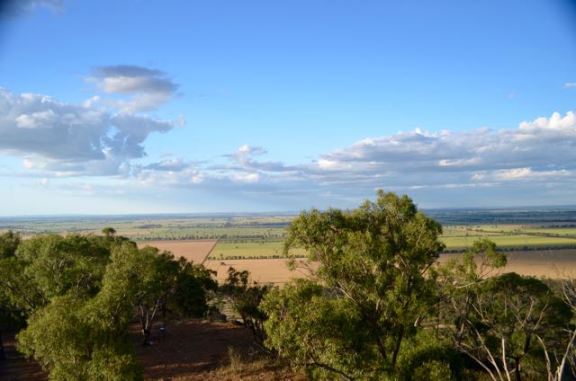 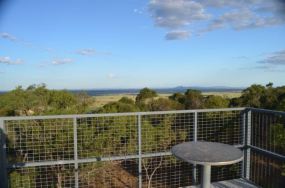 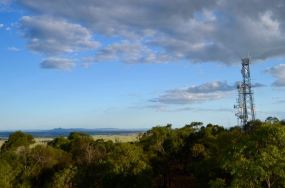 Stormy weather to the west

View of the carpark area

So, after just a little over one hour on the summit I had a total of 69 contacts in the log.  It was time to pack up and head off to Wagga Wagga and try to avoid the kangaroos on the road.