On Monday morning (26th October 2015) I left the Balranald Caravan Park and commenced my 500 km drive back home to the Adelaide Hills.  Along the way I planned to activate the Hattah Kulkyne National Park, VKFF-0231, in Victoria, which is about a 150 km drive south west from Balranald.  This was to be another new park for me, and I was hopeful to get my 44 contacts to qualify the park for the World Wide Flora Fauna (WWFF) program.

I headed out west along the Sturt Highway and then turned left onto the Murray Valley Highway.  As it was early in the morning, it was relatively slow going as there were a lot of kangaroos and emus out and about.  There is not much to see along this stretch of the road.  I did stop briefly to have a look at Lake Benanee. 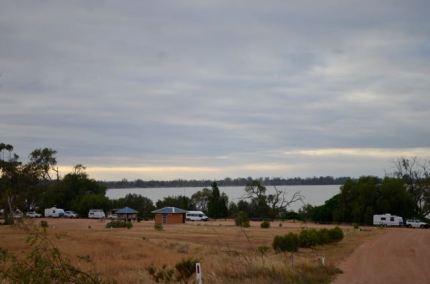 I then stopped briefly at Robinvale, just over the Murray River, which forms the border between the States of Victoria and New South Wales.  I was hoping to catch up with Claude VK3FCAS who was staying at the caravan park.  But I didn’t have Claude’s number and the park was absolutely brimming with vans, so unfortunately it was not to be. 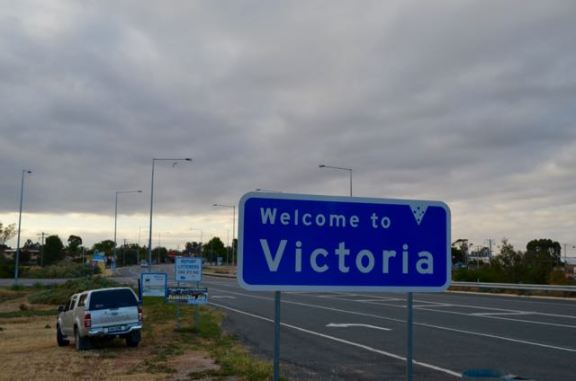 After leaving Robinvale I travelled south on the Robinvale-Sea Lake Road, passing all the irrigation district where grapes, olives, carrots, and almonds are grown.  I then turned right onto the Hattah-Robinvale Road and travelled west.  I stopped briefly at a little place called Wemen to view the mighty River Murray just upstream from the Hattah Kulkyne National Park. 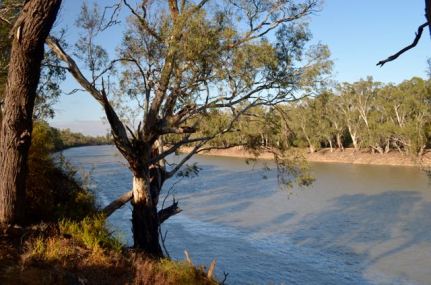 The Murray River not far from the park 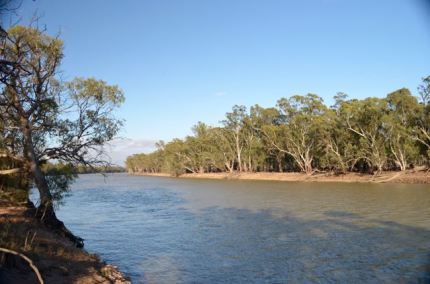 I accessed the park from a dirt track near Lake Kramen.  Unfortunately the track was marked with no vehicular access so I could not get all the way down to the lake.  So I was forced to activate from a less scenic part of the park, close to the Hattah-Robinvale Road.  There had been quite a bit of rain overnight, and it was still cloudy.  However, when the sun came out from behind the clouds it certainly had some bite, so I tried to find a bit of shade.

Hattah Kulyne National Park is 48,000 hectares in size and was established in June 1960.  The park lies in typical mallee country in Victoria and contains extensive low scrub and open native pine woodland.  River Red Gums are found alongside the lakes, the Murray River and adjoining creeks.  Animals, birds, and plants located in the park have adapted to survive in the poor, sandy soils and the searing hot summers.  The park contains Hattah Lakes which are seasonally filled by creeks connected to the Murray River.

A large amount of birdlife can be found in the park, ranging from wetland species including Pelicans, various species of ducks, Great Egret, Spoonbills, to mallee species such as Malleefowl, Emu Wrens, and Emus.  In fact a total of 200 species of birds have been recorded in the park.  Many native animals also call the park home including Red Kangaroos, Western Grey kangaroos and Eastern Grey kangaroos.

This area has a rich aboriginal history.  Within the park you can find scars on trees where shields and canoes were made, and also middens which are heaps of shells discarded after meals eaten over many generations.

Above:- Map showing my operating spot.

It was only 2200 UTC (8.00 a.m. Victorian local time) and the 40m band was wide open to Europe, with the CQ World Wide contest still in full swing, so it was quite hard to find a clear spot on the band.  I started calling CQ on 7.143 and it wasn’t long before John VK5BJE gave me a shout with a good strong 5/8 signal from the Adelaide Hills.  This was followed by Warren VK3BYD, Gerard VK2IO, and then Ian VK5CZ/2 who was mobile 30km from Coonabarabran in New South Wales.

Things were quite slow on the band, but I managed 10 contacts in 20 minutes, to qualify the park for the VKFF program.  Many thanks to those that took the time to spot me on parksnpeaks.  The European contesters had also moved in right alongside of me, so I took the opportunity of having a listen on 20m.  I called CQ on 14.312, but it wasn’t long before I was competing with Europeans calling CQ contest.  So I moved up to 14.315 and called CQ again, and this was answered by Carl ZL3CX in  Auckland (5/7 both ways).  After my contact with Carl, park devotee Rick VK4HA then gave me a shout with a solid 5/9 signal.  This was followed by Rob VK4LS near Bribie Island in Queensland.  Unfortunately during our chat, a station from the USA came up and started calling CQ contest.

I then moved back to 7.143 with a total of 14 contacts in the log at that stage.  I still had a long way to go before reaching the required 44 contacts to qualify the park for the global WWFF program.  My first contact after returning to 40m was with Adrian VK5FANA on the Yorke Peninsula with a very strong 5/9 signal.  Rick VK4RF then called in on 40m.  Not as strong as 20m, but still a very respectable 5/7.  It was about this time that the noise floor on the band rose up to a strength 6.  I wasn’t really sure where the noise was coming from.  There was nothing around me, except for power lines, but they were a good 1 km away.  But I perservered and still managed to copy all the stations calling, including Mike VK6MB, some 2,900 km away in Western Australia (5/5 sent and 4/3 received). 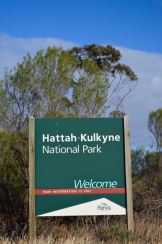 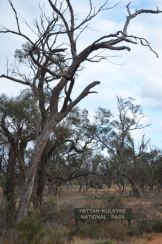 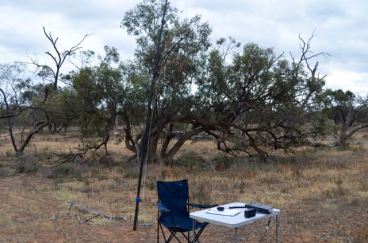 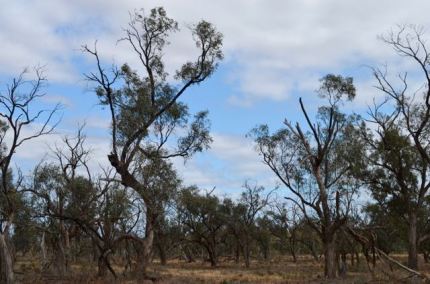 I pushed on and continued to work the callers, and much to my pleasure, the noise on the band disappeared after about 15-20 minutes.  Contact number 25 was with Frank VK2BFC who said he would advise all the guys on Ron VK3MRH’s Net on 7.085 that I was in the park and in need for further contacts.  And it worked, as it wasn’t long, before I had a steady flow of callsigns that I recognised as being regulars on Ron’s net, including Dennis VK2HHA, Dik VK7DIK, Mike VK3ZMD, Tony VK5FTVR, and even Ron VK3MRH himself.  Many thanks Frank.  This certainly helped to boost the numbers.

It wasn’t long before I had reached the magical figure of 44.  Contact number 44 was Ron VK3VBI.  About 10 contacts later I was called by Peter VK3PF who was activating SOTA peak, Mount Bolga VK3/ VE-175 which is contained within the Mount Granya State Park, VKFF-0767.  This was followed by a call from Kerry VK2GQR, operating from the Mutawintji National Park north east of Broken Hill.  My last contact at Hattah Kulyne was with Rob VK4AAC/5 who was mobile on his way to activate the Padthaway Conservation Park.

At the end of my activation I went for a walk along the track leading down to Lake Kramen which was full of water.  In previous years it has been bare. 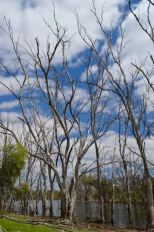 After around 3 hours in the park I had a total of 67 contacts in the log.  Thanks to everyone who called in.  The activation started off quite slowly, so I was very very pleased to reach the 44 QSO threshold.