After leaving Mount Clay, Marija and I drove back to the Princes Highway and continued east through Tyrendarra and Tyrrendarra East.  We stoppe briefly at the Codrington Wind Farm for a cup of coffee and some cake.

The Codrington wind farm was Australia’s first commercial wind farm and was officially opened in July 2001.  A the time of its opening, it was also the largest wind farm iun Australia, with 14 turbines and an installed capacity of 18.2 MW.  The wind farm now generates enough electricity each year to supply the equivalent of 10,000 Victorian homes and each year avoids the emission of 49,000 tonnes of greenhouse gas emissions – the equivalent to taking more than 17,000 cars off the roads.

We continued on towards Port Fairy, kwhere we intended to have some lunch.  Along the way we passed through Yambuck and then took Craggs Road down to a little spot on the coast called The Crags, which is one of the most rugged and wild sections of Victoria’s coastline.  It is just 12 km west of Port Fairy.  Off the coast you can see Lady Julia Percy Island, which is home to more than 4000 seals, fairy penguins, birds of prey and has the largest Australian rookeries of fairy prions and diving petrels.

There is also a monument here, which was erected in memory of four Royal Australian Air Force personnel who lost their lives when their plane lost contact with its base in Mount Gambier on February 15th 1944.  The crew attempted to land the plane, which was an Avro Anson, on Lady Julia Island, but crashed.  The aircraft was on submarine surveillance at the time. 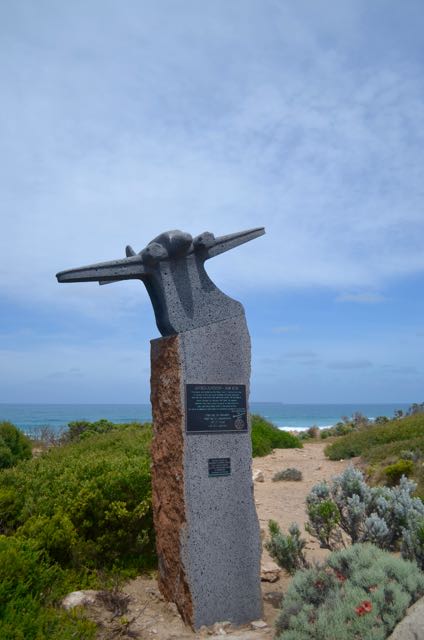 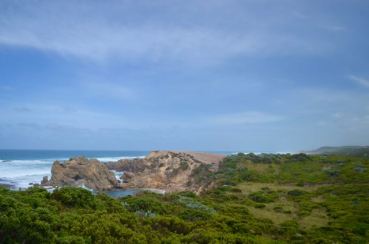 We then drove in to Port Fairy which is a beautiful little town of around 2,600 people.  The town was originally known as Belfast.  At its peak, the port was the second busiest in Australia.  Wool, wheat, and grain were loaded onto sailing ships bound for England. 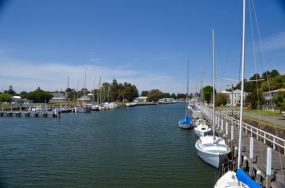 After stopping at the Visitor Information Centre, we went on the Port Fairy historic walk.  It was a beautiful afternoon walk in the sunshine, and there are over 50 buildings from the boom area of the town, classified by Australia’s National Trust.

One of the oldest houses in Victoria, in Regent St Port Fairy 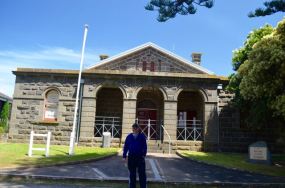 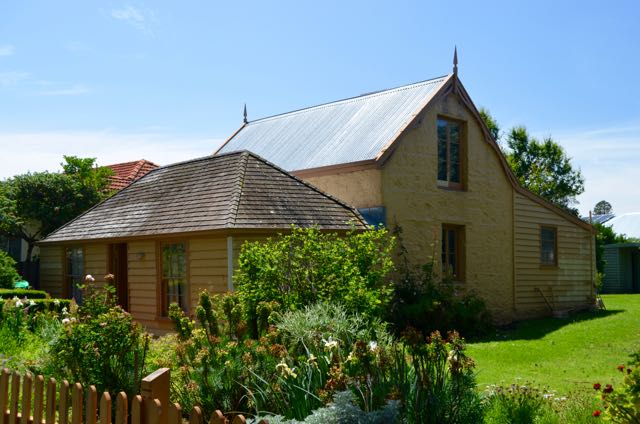 We then went on the Griffiths Island Lighthouse walk.  The lighthouse was built in 1859 at the tip of Rabbit Island.  As we pulled up I worked Brian VK3MCD who was on a SOTA summit. 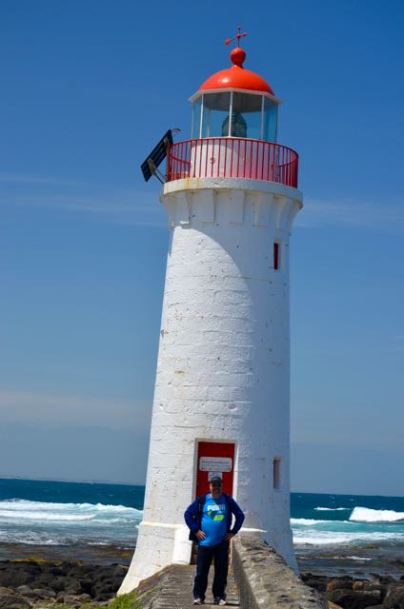 We also stopped off to have a look at Battery Hill.  The site of the Port Fairy Battery was used for defence purposes from 1867, when a 32 pdr smooth-bore muzzle-loaded artillery piece was installed.  Another was installed in 1872.  Further defences were added in 1874 including a redoubt.  In 1877, more permanent fortifications were constructed and 2 years later, two 80 pdr rifled muzzle-loaded Armstrong artillery pieces with iron traversing carriages were installed in concrete emplacements.

We then enjoyed some lunch down by the Moyne River which flows through the town of Port Fairy.  We were joined by some very cheeky ravens and seagulls.  It was around this time that I worked Brian VK3MCD, who was on another SOTA peak. 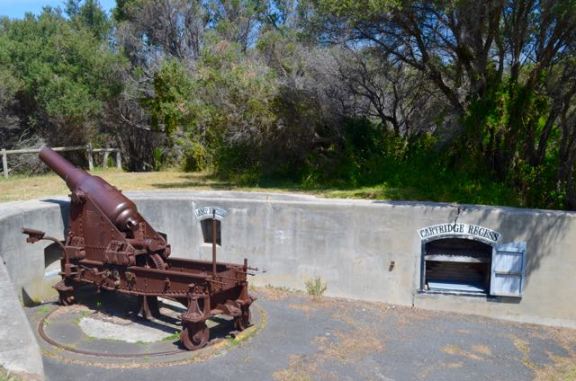 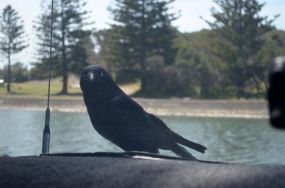 We continued on to the Tower Hill Wildlife Reserve, which is located between Port Fairy and Warrnambool.  This park is a major natural landmark and is a giant maar or volcanic explosion crater.  It is of international and national geological significance.  Unfortunately we did not get enough time to explore here, and this park is definitely on our list when we return to the area.  I am even thinking about adding it to the Victorian parks list for the World Wide Flora Fauna (WWFF) program. 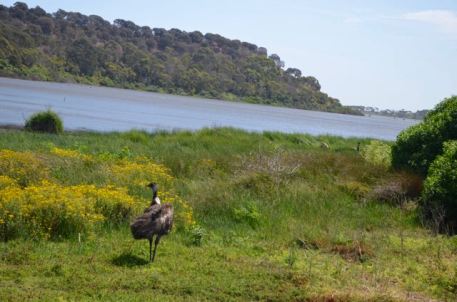 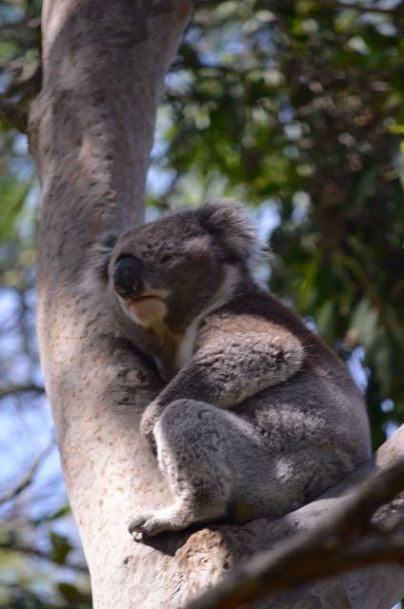 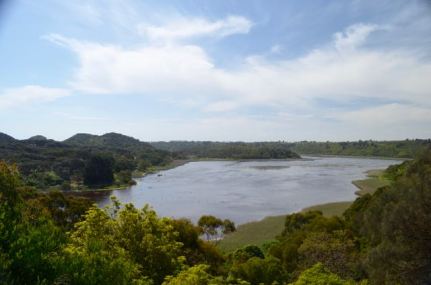 After leaving Tower Hill, we continued on in to Warrnambool, where we booked in to our motel, The Blue Whale, and later that night enjoyed a very nice meal at the Whalers Hotel. 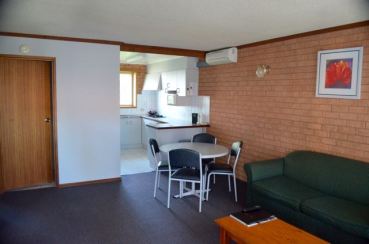 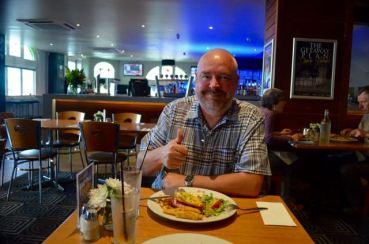 4 thoughts on “An afternoon of touristy stuff”