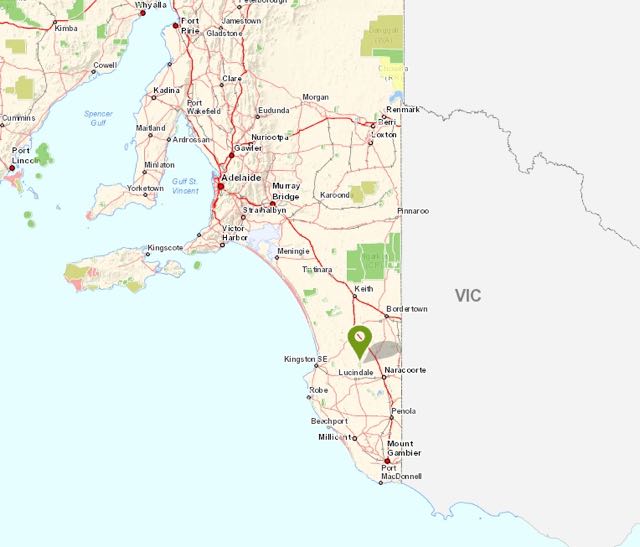 Talapar Conservation Park is situated about 40 km north west of Naracoorte, and is about 494 hectares in size.  The park was gazetted in 1977 and contains mallee honey-myrtle, brown stringybark, pink gum, South Australian blue gum, and South Australian swamp paperbark.  The park contains several small interconnected wetlands in the eastern section.  The area surrounding Talapar has been cleared for farming and the park preserves a remnant of open forest and heath vegetation which once covered most of the South East region.  There are boundary access tracks, but these were locked.

The southern boundary of the park

Cleared land on the southern side of the park

This is truly a very beautiful little park and I suspect does not get a lot of visitors.  There are no facilities here and there did not appear to be any dedicated walking tracks in the park itself, other than the boundary vehicular tracks, which as I mentioned you can only access on foot.

I set up near the southern side of the park off Lochaber North Road.  I used the fenceline to secure my 7 metre squid pole with the assistance of an octopus strap, and strung out the 40m/20m linked dipole. 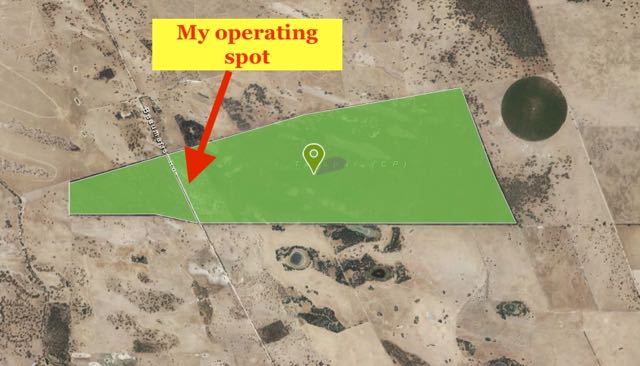 I immediately went to 7.144 and started calling CQ and this was answered by Adrian VK5FANA on the Yorke Peninsula with a 5/9 signal, followed by Geoff VK3SQ also 5/9, and then Mick VK3GGG in western Victoria who was also 5/9. The 40m band was still in great shape, as it had been for my 4 days away.  As this was a brand new park for WWFF, it wasn’t surprising that a mini pile up soon ensued with callers from VK2, VK3, VK4, VK5, VK6, and VK7.  Many of the regular park hunters appeared in the log, but there were a few new calls spread amongst those.

During the activation I made two Park to Park contacts.  They were with Nick VK3ANL who was portable on SOTA peak West of England Fire Tower VK3/ VW-016 which is located within the Kara Kara National Park VKFF-0629.  And also with Gerard Vk2IO who was operating portable in Kumbatine National Park VKFF-0271. 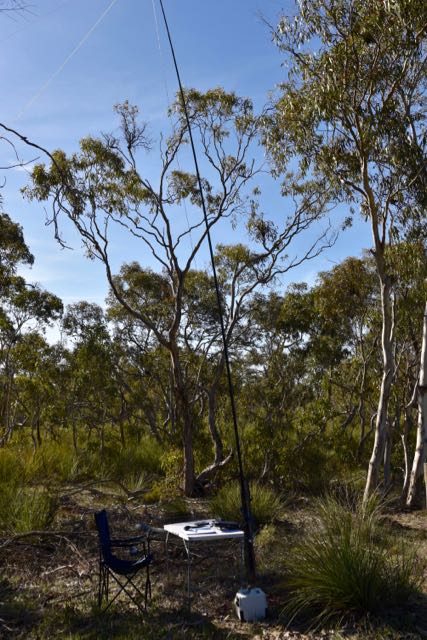 A total of 49 contacts were made on 40m in around 45 minutes.  I then moved to 20m and made just 2 contacts into Western Australia with Mike VK6MB and then Greg VK8KMD in Alice Springs.  Albert S58AL in Slovenia tried calling me.  Albert was quite readable, although very weak, but just couldn’t quite get my signal report, so it was an unsucessful contact.  And to finish off the activation I spoke with Rick VK4RF/VK4HA and Mark VK4SMA on 21.244 on 15m.

So after around one hour and 20 minutes in the park, I had a total of 54 contacts in the log, and had well and truly qualified the park for WWFF.  It was off to Grass Tree Conservation Park for me.  And I am very pleased to say that the Toyota Hi Lux started first time, which I was very very pleased with.

Thanks to Rick VK4RF and Mike VK6MB for posting me on Facebook.  And thanks to Adrian VK5FANA and Robert VK2XXM for spotting me on the DX Cluster.