After getting home from Black Bullock Hill, Marija and I enjoyed some lunch, and as it was such a beautiful sunny day I decided to head out to activate a brand new park, the Cox Scrub Conservation Reserve, VKFF-1701.  This reference is not to be confused with the nearby Cox Scrub Conservation Park!  The reserve was one of a number of recent additions to the VKFF list for the World Wide Flora Fauna (WWFF) program.  This was to be the very first time it had been activated.

Above:- Map showing the location of the Cox Scrub Conservation Reserve on the Fleurieu Peninsula, south east of Adelaide.  Map courtesy of Protected Planet.

I drove down to Strathalbyn and along the way I worked John VK5BJE who was operating portable in the Bullock Hill Conservation Park, 5CP-265 and VKFF-0873.  Close in propagation has recently been very poor, so I was surprised to hear John coming in so well.  Although not strong, he was a perfect 5/2 into my mobile, about 35 km away.  I stopped briefly just outside of Strathalbyn to enjoy some views of the town and the surrounding countryside and down to Lake Alexandrina.

Looking down towards Lake Alexandrina

I then got mobile again and listened in to John working a  number of stations on 40m.  As I grew ever so closer to John his signal became stronger and stronger, until John was 5/9 plus. 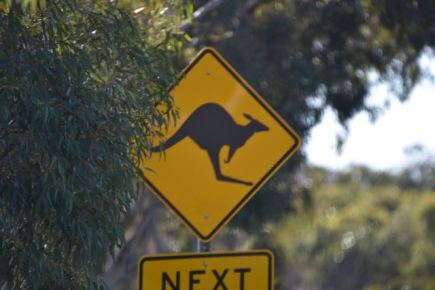 I entered the park via a dirt track on the eastern side of Bull Creek Road.  There are no signs for the park, so make sure you’ve done your homework on where the park is located prior to leaving home.  A few of the tracks in the park were not passable due to fallen trees and limbs, a result of the recent terrible weather that some parts of South Australia had experienced during July.

I set up in a clearing alongside one of the tracks.  I used the Yaesu FT-857d, set on 40 watts output and the 20m/40m/80m linked dipole sitting on the top of the 7m heavy duty squid pole.  I tied the ends of the dipole off to some of the gum trees so the legs were about 3 feet off the ground.

Above:- Aerial shot of the Cox Scrub Conservation Reserve showing my operating spot near the southern part of the park.  Image courtesy of Protected Planet.

I have been unable to find much information on the Cox Scrub Conservation Reserve on the internet.  It is much smaller in size to its neighbouring Conservation Park brother which is about 544 hectares in size.  Many of the native plants in the park were in flower during my visit. 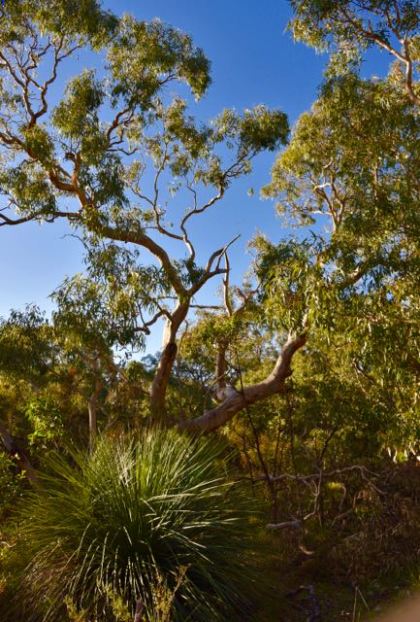 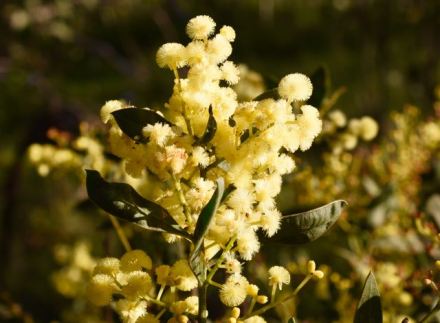 After setting up I quickly went to 7.110 and worked John VK5BJE in the Bullock Hill Conservation Park.  John was booming in.  Not unexpecting, considering he was just 3-4 km to my north east.

Here is a link to John’s WordPress site and some info on his activation….

I then headed up the band to 7.144 where I commenced calling CQ, which was answered by Rick VK4RF/VK4HA.  This was followed by Tony VK3CAT who was portable on SOTA peak Mount Dom Dom VK3/ VN-017 with a good 5/5 signal.  About 12 QSOs later I was called by Gerard VK2IO who was portable on SOTA peak Mount Palerang VK2/ ST-009 which was located within the Tallaganda State Conservation Reserve VKFF-1375.  A bonus, a SOTA contact and my second Park to Park from the Reserve.  Despite band conditions being quite good, callers were spasmodic, so after working a total of 18 stations on 40m, I headed off to 14.310 on 20m.

I commenced calling CQ and Peter VK6RZ came back to my call with a beautiful 5/8 signal.  This was followed by Rick VK4RF/VK4HA and then Jonathan VK6JON mobile 7.  I worked a further 7 stations on 20m, including another Park to Park, this time with Phil VK6ADF who was activating the Green Mount National Park VKFF-0218.  Despite the fact that Phil was running just 2.5 watts from a Yaesu FT-817nd I was able to hear him perfectly (5/3 sent and 5/5 received).

I then headed back to 7.144 and worked a total of 6 stations until I had to QSY.  I was being hammered by New Zealand and VK stations working Mark AF6TC who had come up on 7.145, just above me.  So it was down to 7.144 where I continued to work the mini pile up which had ensued.  But it wasn’t long and I was experiencing QRM again.  mark had followed me down the band and was just 1 kc above me again.  I QSY’d again but this wasn’t before I worked a total of 17 stations in VK2, VK3, VK4, VK5, VK6, and VK7.  This included three further Park to Park contacts with Matt VK5ZM and Garry VK5FGRY who were both portable in the Morialta Conservation Park 5CP-142 and VKFF-1783, andd then Phil VK6ADF in the Green Mount National Park VKFF-0218.

It was time to head for home.  I had a total of 73 contacts in the log and a new park to add to my Activator list.