After leaving the Lake Hawdon South Conservation Park, Marija and I headed down to the town of Beachport, about 47 km south of Robe.  As we travelled along Clay Wells Road on our way to the Southern Ports Highway we spoke to Ian VK1DI/p from the mobile.  Ian was activating the Cuumbeun Nature Reserve VKFF-1920 and had a strong 5/8 signal into the mobile.

We travelled south on the Southern Ports Highway and then took a short detour off the highway to have a look at the Woakwine Cutting.  This said to be Australia’s largest one man engineering feat.  The cutting was excavated to drain land behind the Woakwine Range.  During the 1880’s the McCourt family moved into the Woakwine area.  It was soon realised that without richer land to compliment the rocky high country, making a living on the land would be difficult.  In 1957 Murray McCourt commenced the construction of a channel from the swamp through the range to Lake George with a view fo draining a large swamp on his property.

There is a display of machines used to make the cutting and a viewing platform, but this was closed.  I had to drive down the road and then make my way through the scrub to get a view of the cutting.  It is an amazing piece of engineering. 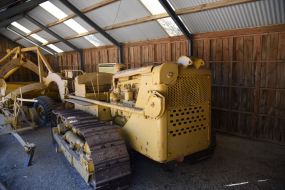 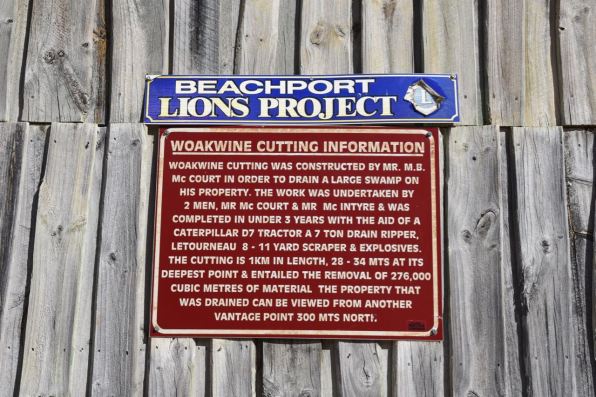 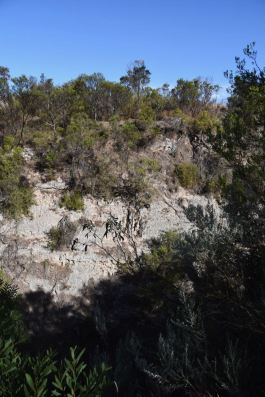 Below is a video which gives you a good idea of this amazing feat.

We soon reached Beachport, a small town of around 880 people.  The town was named on 23 May 1878 for the then British Secretary of State for the Colonies, Michael Hicks Beach, 1st Earl St Aldwyn.  Beachport has a large crayfishing fleet, and is known for its 772-metre (2,533 ft)-long jetty.

We stopped off first to have a look at the Beachport Customs House which was used between 1879-1900.  It was originally located at the railway yards and was used to record incoming and outgoing goods.  Following Federation, the buidling was used as a railway office for goods and for men who travelled down in front of the train on a trolley to ensure that the tracks were clear.  Men would sleep overnight in the buidling and return back ahead of the train the following day. 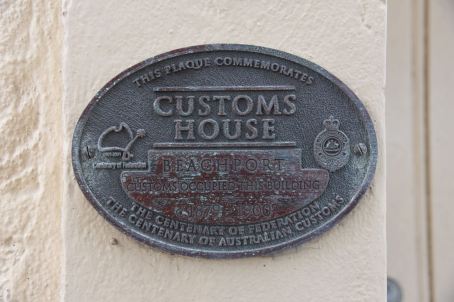 We then drove along the Scenic Road in Beachport taking in some of the great views of the lighthouse, the town itself and the surrounding coastline. 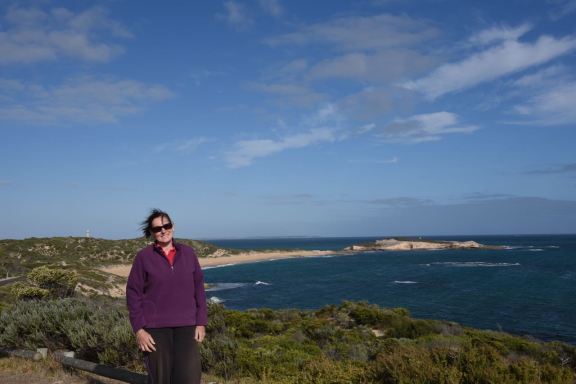 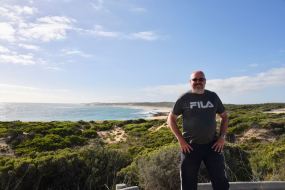 There was plenty of activity down on the beach by 4WD enthusiasts.

We decided to do a very quick activation of the Beachport Conservation Park 5CP-014 & VKFF-0791, but from the vehicle. 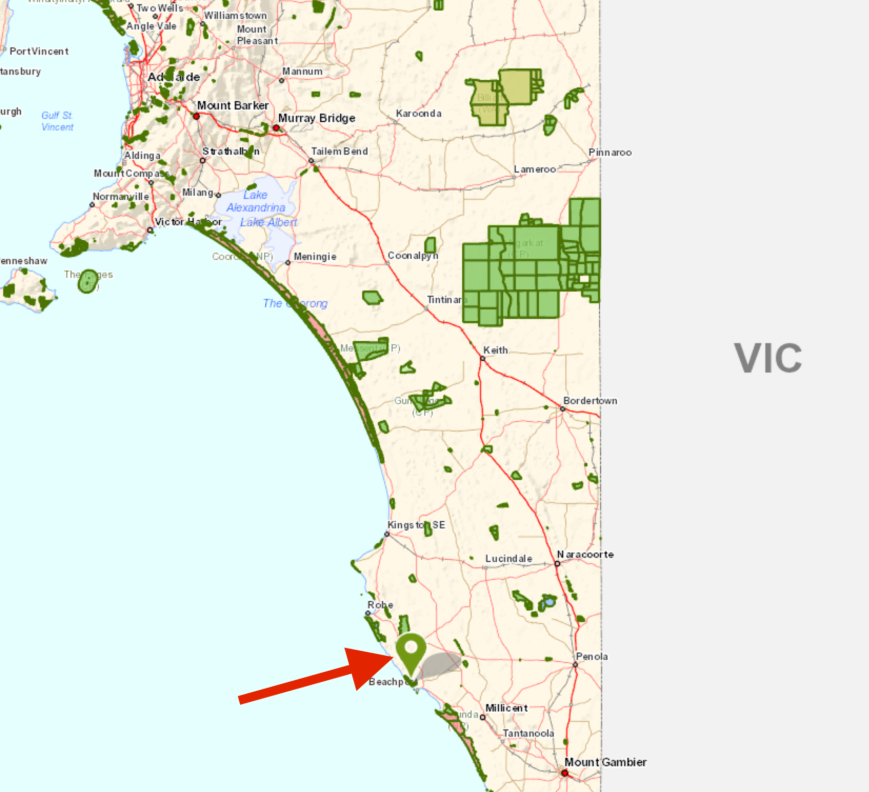 Beachport Conservation park is about  875 hectares (1.160 acres) in size and was established on 1st January 1959.  The conservation park was originally created as a reserve in 1959, declared as a National Park in 1959 and was re-proclaimed as a conservation park under the National Parks and Wildlife Act 1972 for the purpose of setting ‘aside to preserve and protect a representative sample of the coastal environment of south east South Australia.’

We travelled along a sandy track at the end of Scenic Way and found a small clearing off the side of the track.  We didn’t want to venture too far, as the sand was very boggy and I didn’t plan on spending an hour or two digging our way out.

I called CQ on 7.135 and this was answered by Hans VK5YX/2 who was in the Kosciuszko National Park VKFF-0269.  It was relatively slow going from the vehicle, with signals being a bit down with my mobile antenna compared to the linked dipole.  But within about 13 minutes I had contact number 10 in the log, with a QSO with Bill VK4FW/p who was activating the Reinke Scrub Conservation Park VKFF-1634.  Marija also logged Bill.

I worked a further 4 stations before heading down to 80m very quickly where I logged my good mate Ivan VK5HS, who was booming in from the Riverland region of South Australia.  Marija also logged Ivan.

We then drove back into Robe and out along the Lake George Road and back into the Beachport Conservation Park.  This part of the park is suitable for conventional vehicles. 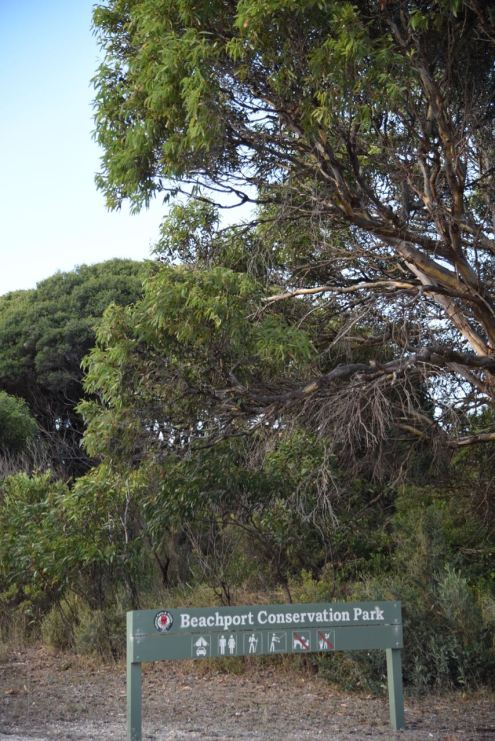 We stopped briefly to have a look at Wooley Waterhole.  Native birds including Superb Fairy Wrens, Red-browned finches and Yellow-rumped Thornbills depend on this waterhole for fresh water.  It is beieved the waterhole was dug during the late 1800’s.  I captured a shot of a Grey Fantail at the waterhole. 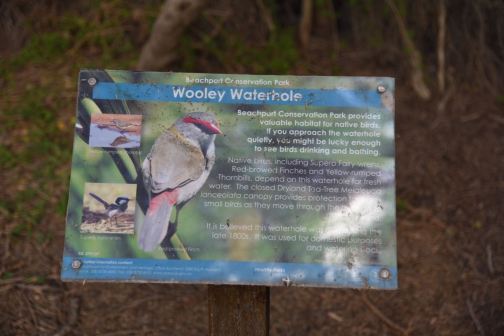 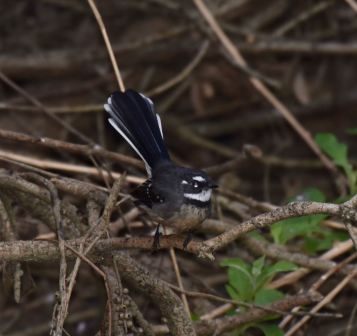 I also caught these two Silvereyes heading down for a drink.

We then stopped to have a look at the memorial plaque in the park which recognises the old Robe to Beachport track, which was once used by mail coaches and travelleres passing through what is now known as Wooley Lake.  The waters of the lake often quenched the thirst of horses and travelleres, but today only the waterhole remains fresh. 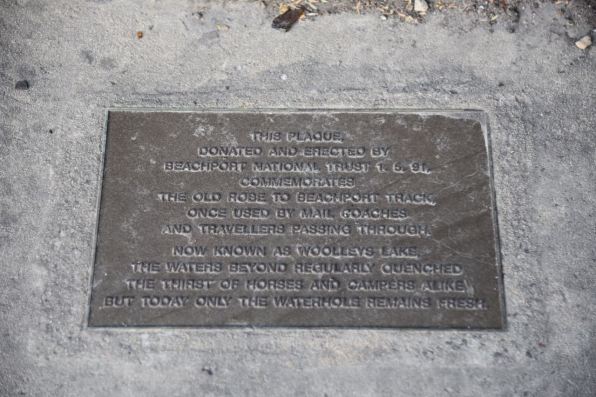 We then took a short detour off road to have a look at Lake George.  It was bone dry during our visit, but each year high tides and fresh water run off into drains that fill the lake.  During these periods you can often see windsurfers on the lake and people swimming.  But not during our visit. 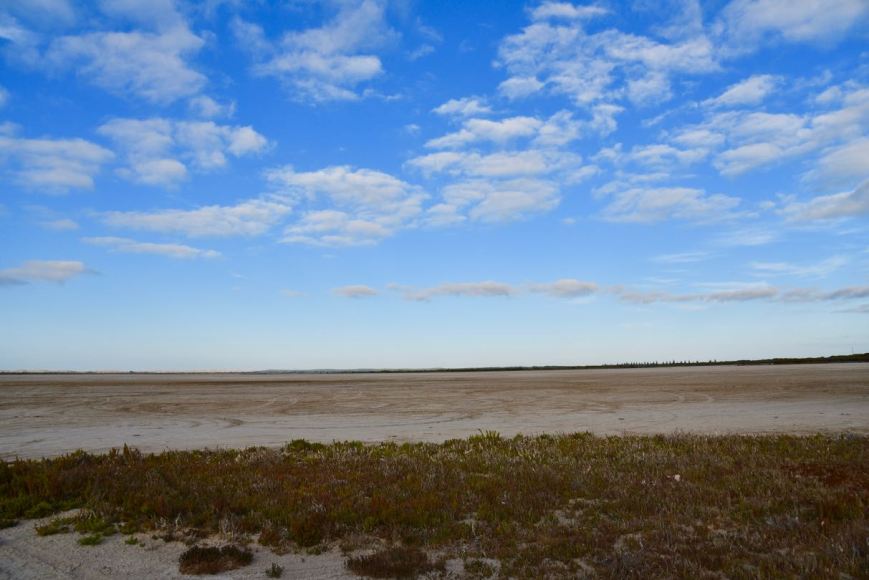 We headed back in to Beachport and headed to the local hotel for a feed and a few cold beverages.  It was a great meal.

On our way back to Robe we stopped off to have a look at the memorial for two Able Seaman, W.L.E. Danswan and T.W. Todd who lost their lives on the beach at Beachport when a German mine they were destroying exploded on 14th July 1941.  These men were the first casualties due to enemy action on Australian soil during World War Two.  There is also a memorial here to all fishermen who have died in the Beachport area. 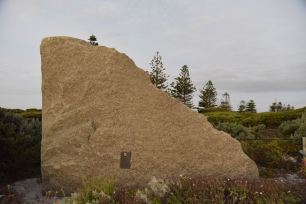 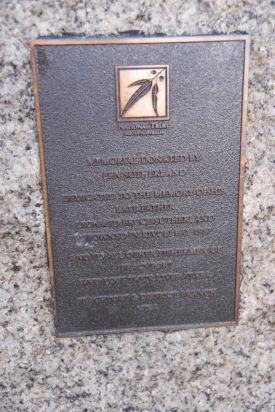 It was the end of another great day, with an amazing sunset.  This is certainly a very beautiful part of South Australia.