We left Bool Lagoon and drove about 10 km to Bournes Bird Museum, which contains an amazing collection of around 600 birds.  The bird specimens are generally from road kills or birds that have flown into power lines.  Marija and I met with Marion, the owner of the property.  She had kindly opened up the museum for us and explained in detail the history of the museum and her father Jack Bourne’s passion.  Not only are there birds, but there are reptiles, mammals, and a bird egg collection.  We highly recommend a visit here.

Marija and I then headed to the Hacks Lagoon Conservation Park 5CP-085 & VKFF-0888 for a quick activation, as the weather was turning nasty.  The park is about 25 km south of the town of Narracoorte, and 359 km south east of Adelaide. 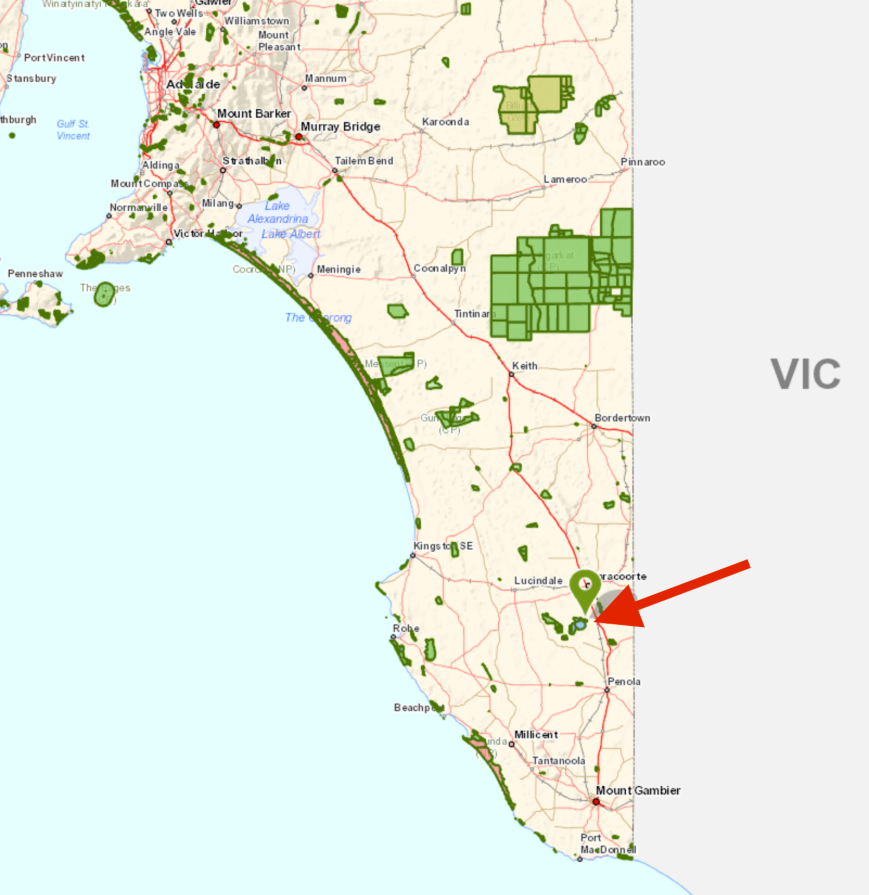 In 1985, the area covered by both the conservation park and the adjoining Bool Lagoon Game Reserve was added under the name “Bool and Hacks Lagoons” to the List of Wetlands of International Importance maintained by the Ramsar Convention.

Some of the birds we observed are shown below 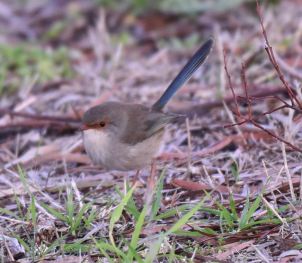 We drove back into the park via Bool Lagoon and soon reached the park, which is located to the northeast of Bool Lagoon.  The park is well signposted.

There is a niced lawned area here with picnic tables which would have made an ideal operating spot on a sunny day.  But we had very average weather and pulled up the Toyota Hi Lux close to one of the benches, to provide a bit of a windbreak.

Above:- Map of the park showing our operating spot.  Map courtesy of Location SA Map Viewer

I started off the activation, and again used the special call of VI50IARU3.  I called CQ on 7.144 and this was answered by Geoff VK3SQ, followed by Brenton VK3YB, and then Eric VK7EV.  Band conditions were quite good and it didn’t take long for a little pile up to commence.  I logged a total of 23 stations from VK2, VK3, VK4, VK5 and Vk7, before the weather closed in and it started to rain.  But more concerning was the thunder and lighting.  It was a quick retreat to the vehicle and a break in operating until the weather had cleared. 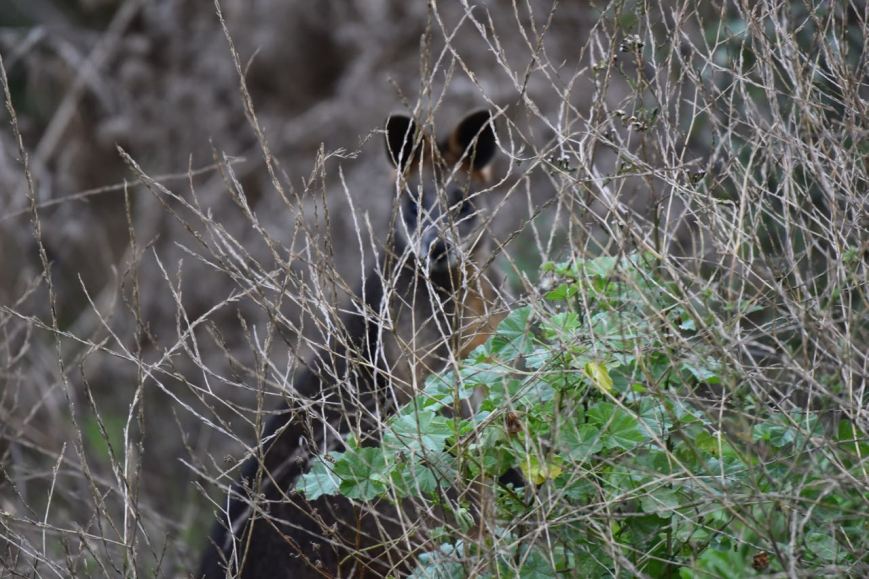 Once the weather had cleared, Marija and I set up again and removed the links for the dipole, and headed to 14.310 on the 20m band.  First in the log there was Gerard VK2IO/p in the Queens Lake State Conservation Area VKFF-1771.  I logged a further 6 stations from VK2, VK3 and VK4, until callers dried up.

I now had 41 contacts in the log and was just 3 short of qualifying the park for the global WWFF program.  Marija and I again lowered the squid pole and inserted the links so we could operate on the 80m band.

Marija called CQ on 3.610 and this was answered by Adrian VK5FANA with a very strong signal.  Within 10 minutes Marija had her 10th contact in the log, qualifying the park for VKFF.  Contact number 10 was with Geoff VK3SQ.

I then put out some CQ calls on 80m and it wasn’t long before I had contact number 44 in the log, with a QSO with John VK5BJE. 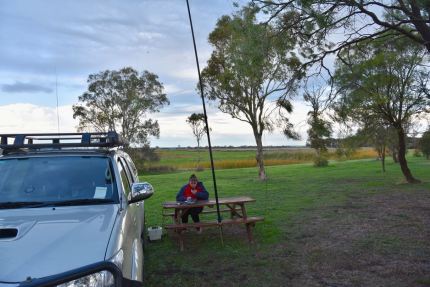 Marija and I had 59 contacts in the log between the two of us and it was time to pack up and hit the road, as we still had a substantial drive home ahead of us.

On the way home we stopped off at one of our favourite hotels, the Riverside Hotel at Tailem Bend, and enjoyed a great meal (as always).