My third park for the day was the Bangham Conservation Park 5CP-009 & VKFF-0869, which is located about 304 km south east of Adelaide and about 34 km south east of the town of Bordertown.   Again, this was to be another unique park for me as an activator.

The Bangham Conservation Park is a large park, comprising 869 hectares.  In 1971 the land was offered to the South Australian State Government for conservation purposes.  At the time it consisted of 6.76 square kilometres of “native scrub” and 1.25 square kilometres of “cleared land” with the majority of the latter occupying its south-east corner.

There was a subsequent study which revealed that the land was used by the endangered Red-Tailed Black Cockatoo.  This made the land “particularly suitable for conservation purposes”.  Bangham was first proclaimed on the 22nd November 1973, with further land being added on 18th February 2010.  A Government survey of 1908 described the area as having the ‘greater part undulating white sand, with stringybark, buck honeysuckle, heath, yacca with a few pines’ and supporting ‘little grass’, and considered to be ‘inferior pasture’. 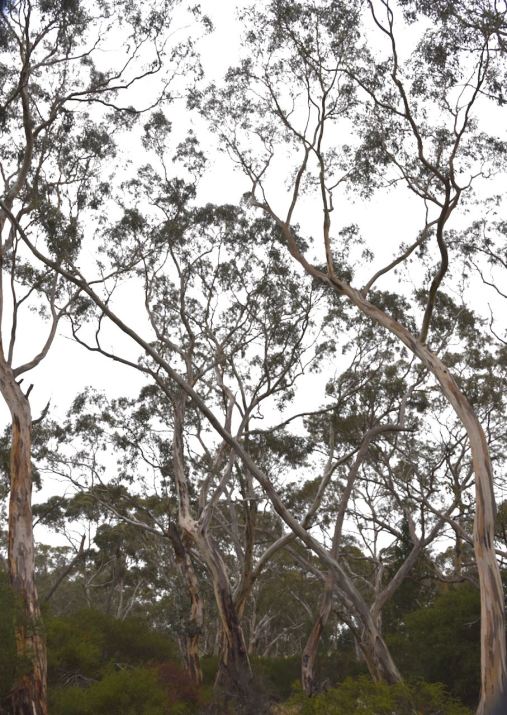 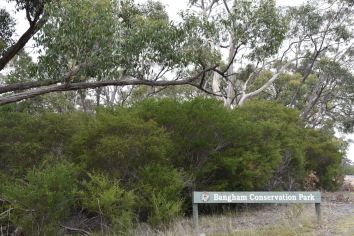 The park takes its name from the nearby area of Bangham.  Edward Bangham had land in the area in the 1840’s.  The Bangham Hall opened in 1953 and can still be found on the Frances Road.

I turned into the park off the Frances Road and travelled down a sandy 4WD track which then took me to the northern boundary of the park. 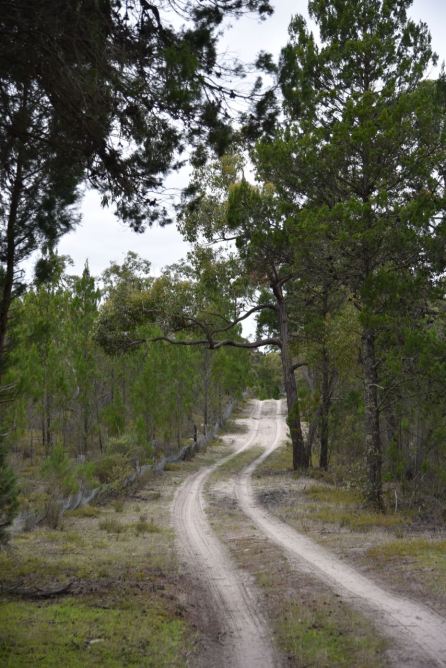 Above:- the track in the park Above:- Aerial shot of the Bangham Conservation Park showing my operating spot in the northern section of the park.  Image courtesy of Location SA Map Viewer.

Once I had set up I headed to 7.144 and found Alan VK2MG/p calling CQ from the Tuggerah State Conservation Area VKFF-1383.  After logging Alan, Park to Park, I moved down the band to 7.135 and called CQ.  Unfortunately I had no internet coverage and was hoping that someone would find me.  Fortunately Peter VK3PF did.  I then logged Peter VK7LCW, Adrian VK5FANA, and Gerard VK2JNG mobile.

I had qualified the park, with 49 contacts in the log, and time to head to my fourth park, the Geegeela Conservation Park.