My final park for Saturday 8th June 2019 was the Totness Recreation Park VKFF-1754, which is situated in the Mount Barker District Council area (MB5).  The park is located about 40 km east of Adelaide. 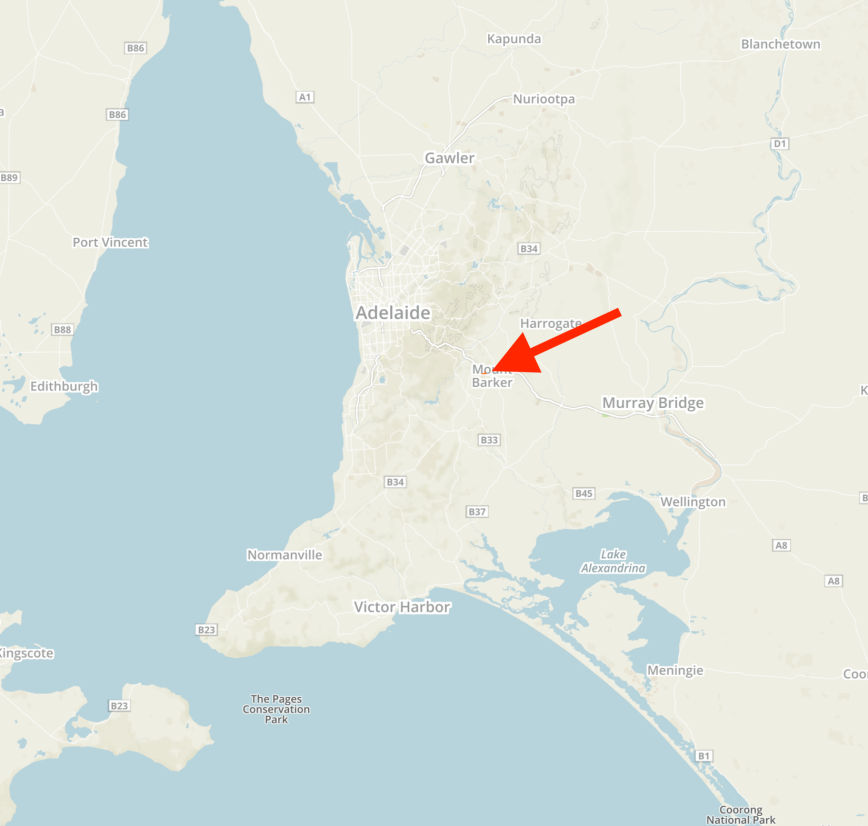 Above:- Map showing the location of the Totness Recreation Park in the Adelaide Hills.  Map courtesy of Protected Planet.

The Totness Recreation Park is 41 hectares (101 acres) in size and was established in 1970.  It is divided into two sections by the busy South Eastern Freeway (the main highway between Adelaide and Melbourne).  The northern section consists of 9 hectares (22 acres) of scrub and a dam.  The southern section comprises 32 hectares (79 acres) of scrub.  The park is surrounded by rural properties which are primarily used for grazing.

The park consists of Messmate Stringybark and Manna Gum woodlands, which at one time prior to European colonisation were common throughout the Mount Lofty Ranges.  More than 180 native plants species have been recorded within the park.  Plant species of conservation significance recorded within the park include the state rare Manna Gum and the regionally rare Spider Orchid. Above:- Aerial shot of the Totness Recreation Park on either side of the South Eastern Freeway.  Image courtesy of Google maps.

I set up in my normal operating spot off Haines Fire Track. Above:- An aerial view of the Totness Recreation Park showing my operating spot.  Image courtesy of Protected Planet.

Once again for this activation, I commenced by calling CQ on the 80m band.  First in the log was my ever reliable wife Marija VK5FMAZ.  This was followed by VK6MIL, VK5PL and VK2GR.

The 80m band seemed to be in very good shape.  There was absolutely no man-made noise on the band from within the park, and the static crashes on the band were quite low.

I logged a total of 42 stations on 80m from VK2, VK3, VK4, VK5, VK6, VK7, and New Zealand.  It was nice to log Andrei ZL1TM and Bill ZL2AYZ in New Zealand.  I also spoke with Perrin VK3XPT using his military Clansman transceiver. 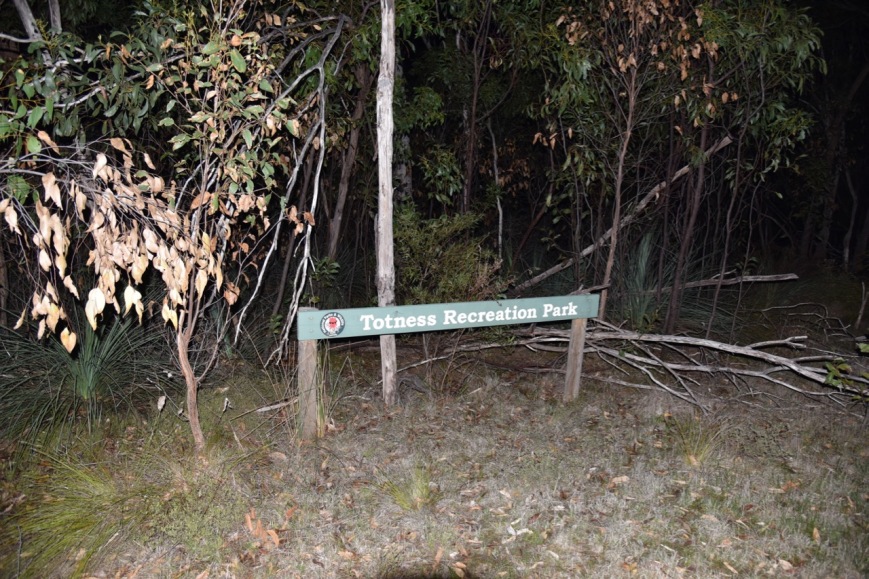 I then moved to the 40m band and called CQ.  Sadly I logged just the one station there, Steve VK4VCO.  As this was a contest I was unable to self spot on parksnpeaks which normally results in a number of calls.

I worked the following station on 40m SSB:-