Sunday morning, 29th September, 2013, started off as quite a gloomy morning, but by lunchtime, after a morning of gardening, the weather had warmed up and it had turned into a beautiful day.  So after some sweet talking the wife, I decided to head out and activate a couple of parks.  My first activation was the Scott Creek Conservation Park.

Scott Creek CP is situated about 30 km south of Adelaide, in the Mount Lofty Ranges ‘Adelaide Hills’.  It is about a 30km drive from my house in the Adelaide Hills or only 15 km as the crow flies.  The Park consists of an area of 750 hectares with much of the terrain being hilly and rugged, with steep slopes falling into a number of small creeks, eventually leading into Scott Creek, which flows out of the park and into the Onkaparinga River.  At its highest, which is on its eastern side, the park has an altitude of a little over 400 metres. This drops down to the lowest spot, near where Scott Creek crosses under Dorset Vale Road, which is about 230 metres above sea level.  The land was privately owned until the early 1970s when land was purchased by the South Australian Government, with the park being officially declared in 1985. 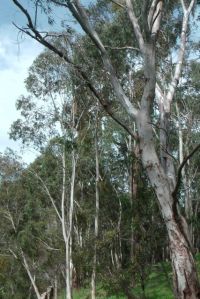 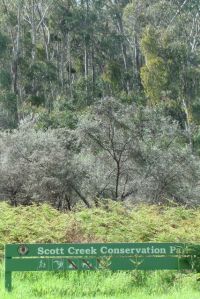 The Park is home to many threatened species of the Mount Lofty Ranges.  A large variety of native marsupials inhabit the park including the Southern Brown Bandicoot, Western Grey kangaroo, Koala, Yellow footed Antechinus, Common Ringtail Possum, Common Brush tailed possum, and Short-beaked echidna.  Over 132 species of bird have been recorded in the park, including Wedge Tailed eagles, Rainbow Lorikeets, Crimson Rosellas, Rainbow Bee Eaters, Superb Fairywrens, and the endangered Beautiful Firetail and Chestnut-rumped Heathwren.  There are 6 known species of amphibian in the park including the Brown Tree frog and Eastern Banjo frog.  Six species of bat have also been recorded in the park.

The Park has a large variety of native plants and contains more than 60 species of orchids.  In fact over 465 different indigenous plants have been recorded in the park.  A large number of the natives were flowering during my visit. 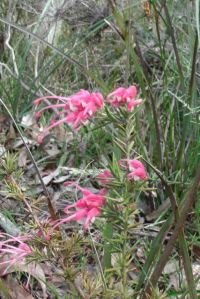 The Park was once part of a major travelling route for the Peramangk Aboriginal people, through the hills and down to the plains of Adelaide.  In c. 1847, a Mr. Scott brought his flock of sheep into the area, and he pitched a camp near the bottom of the creek, near the Onkaparinga.  Settlers in nearby Cherry Gardens referred to that locality as Scott’s Bottom, and the little stream as Scotts Creek.

It is claimed that in 1850, the wheels of a bullock dray broke off rock fragments which people recognised as copper.  Subsequently, a mine, Wheal Maria, was established and attempts made to mine for copper.  A 30 foot shaft was sunk but it was not immediately productive with quantities of ore being small, so it was abandoned within a few short years.  However, in 1866, some Kapunda shareholders established a company to develop the lode at Scott Creek, and sent ore to the Port Adelaide Smelting Works.  By 1868, the Almanda Silver Mining Association was formed.  At the Almanda Mine at Scott Creek a treatment plant was established, along with boiler houses, and underground flue and Ey’s Tunnel a 60 metre long tunnel named after William Ey.

A ‘SIlver rush’ resulted in a number of mines including the Esmeralda, the Colorado, the Potosi, all of which were short lived.  These three mines were just outside the present day Scott Creek CP boundary.  However, the fourth mine, the Almanda, which was the most significant, was entirely within the current day Park boundaries.

But by 1870 – 1871, mining activtities by the companies had ceased and the population in the Scott Creek area had rapidly declined.  In 1876, a devastating bushfire ripped through the entire area, from Coromandel Valley all the way through to Echunga, and this destroyed anything that remained.

As I drove towards the park, I stopped at Mackereth Cottage which is situated alongside Scott Creek.  The cottage was built in 1839/1840 by George Mackereth, a farmer from Westmoreland in England, who settled in the area with his wife Sarah.  The cottage was continually lived in from 1840 until 1976, when the National Trust took custody of the property from the Engineering & Water Supply (E & WS) and implemented much needed conservation works. For many years it housed a museum and on occasions provided Devonshire Teas on weekend openings to visitors, especially to local hikers and bushwalkers.  In 1984, the National Trust relinquished its interests and the cottage was closed.  It was reverted to the then E & WS Department now known as SA Water.  Sadly it is in a state of disrepair and has been vandalised and is covered in graffiti.  An indictment on our love of history !  Below is a photo of what the cottage did look like, and the terrible condition it is now in. 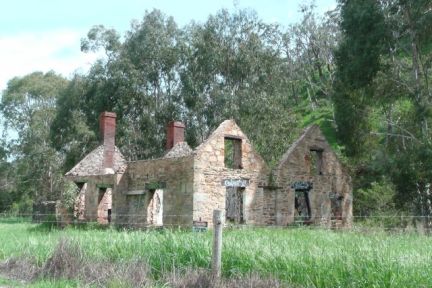 I accessed the park via Scott Creek Road, and set up at the old Almanda Mine area.  There are interesting ruins from the old silver mine here to explore with interpretive signs.  It is quite interesting to stroll around.  There is an old engine house, stone chimney, the mine office, a dairy and several mining shafts.  Sadly, the old buildings have been vandalised with graffiti.  This was not here when I last visited the park a number of years ago, and it is a real shame that people resort to this type of behaviour.  There is a ‘Friends of Scott Creek’ group, but I am not sure how active they are.  And maybe they have previously removed the graffiti, but the vandals keep coming back ?  Either way, it is a real shame.

The old mining area was the perfect spot to set up.  It consisted of a large cleared grassy area with a large number of trees offering shade, and importantly a way to tie off the ends of the dipole.  So I started to set up my equipment, under the watchful eye of a koala who was in one of the gum trees just above me.

I secured the squid pole to a walking trail sign and turned on the FT-817nd, eagerly wanting to activate the park.  But to my horror when switching on the radio there was a noise floor of S8 noise.  It pays to look up…..not far away were power lines !  So I pulled down the antenna and walked about 100 metres further to the south and set up the gear again.  This time the noise floor had dropped dramatically but was still there at S2-3.

I was a bit hesitant as to how I was going to go with contacts.  The noise floor was a bit high for my liking, and conditions earlier in the day at home into VK3 had been very poor.  Prior to leaving I had heard a lot of the interstate SOTA activators, and their signals were way down compared to normal.  So with some degree of uncertainty, I put a call out on 7.100 and was immediately greeted by the first keen ‘Hunter’, Brian VK5FMID, who is a staunch supporter of the Award.  Ian VK5CZ followed with a very strong signal, Peter VK5PET, and Tim VK5AV.  This was followed by a steady flow of callers which was really pleasing. 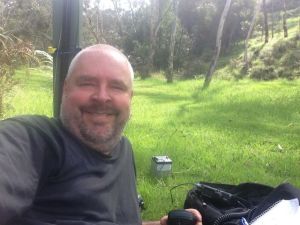