After the activation at Minlacowie Conservation Park, Marija and I headed off towards our 2nd park of the day, the Barker Rocks Conservation Park, which is situated on the coast, on the western side of Yorke Peninsula.  It is just south of Port Rickaby. 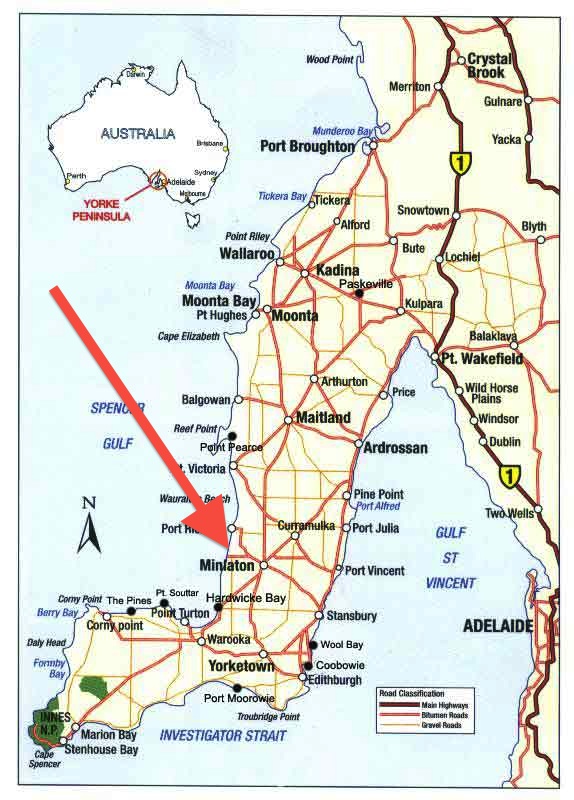 We travelled back along the dirt to the Minlaton-Yorketown Road and headed north into the little town of Minlaton.  We stopped at the Visitor Centre at Minlaton and found the 2 ladies there to be very friendly & helpful.  We couldn’t go passed the local bakery and a susage roll and orange juice.  We then headed out towards the coast on the Rickaby Road, and then turned left into Barker Rocks Road which took us down to the coast and the park.

There is a large carpark and camp ground area at the end of the road, and a path leading down to the beach.  Well, in fact there is no beach.  It is all rock.  That’s how the park got its name.  So I secured the squid pole between some rocks and stretched out the 40m/20m linked dipole.  There were quite a few fisherman on the foreshore.  I must have been the only guy using a squid pole for a different reason ! 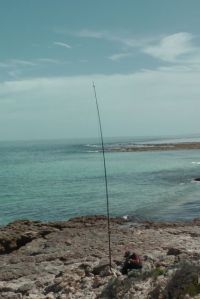 Sadly the VSWR on the dipole was high again, and despite all my best efforts I could not resolve the issue.  So I planned on just getting as many contacts as possible and heading off to the next park.

I called CQ on 7.110 and was greeted by Tim VK5AV who had an excellent 5/9 signal.  This was followed by John VK5BJE who was portable in the Marino Rocks Conservation Park.  So I was happy.  I had 2 contacts.  But despite a number of CQ calls, I had no more takers.  So I tuned across the band and found Col VK5HCF who was portable in the Gower Conservation Park in the south east of S.A. 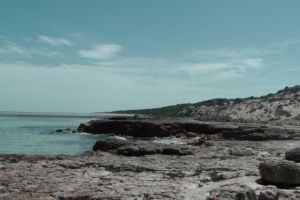 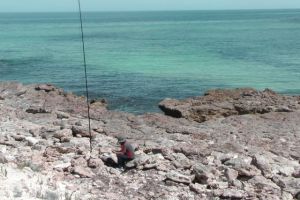 I spent about 30 minutes in the park and managed to scrape up 6 QSO’s on 40m SSB, including 2 Park to park contacts.  It was good to hear from Tom again, VK5FTRG, who has just acquired his Foundation licence.