On Sunday 10th April 2016, my wife Marija and I headed over to the Kenneth Stirling Conservation Park, 5CP-104 and VKFF-0781.  Marija’s Foundation amateur radio licence had been granted 5 days earlier, so this was to be Marija’s very first park activation with her new call of VK5FMAZ.

I have activated Kenneth Stirling many times previously and have touched on its very interesting history in previous posts….

Above:- Map showing the location of the Kenneth Stirling Conservation Park in the Adelaide Hills.  Map courtesy of Location SA Map Viewer.

The park is divided into four autonomous sections (Wotton Scrub; Filsell Hill, Whites Scrub; and Burdett Scrub) and we decided to play it safe and activate the Wotton Scrub Section, which is very easy to access.  It is just a short drive from our home through the Adelaide Hills.

Above:- Map showing the location of the four (4) autonomous sections of the Kenneth Stirling Conservation Park.  Image courtesy of Location SA Map Viewer.

We arrived at the park at around 2.00 p.m. South Australian local time, and parked the 4WD in the small carpark out the front of the park, off Gum Flat Road.  There is a nice area here just inside the gate on Gahnia Track, allowing you to stretch out a dipole. 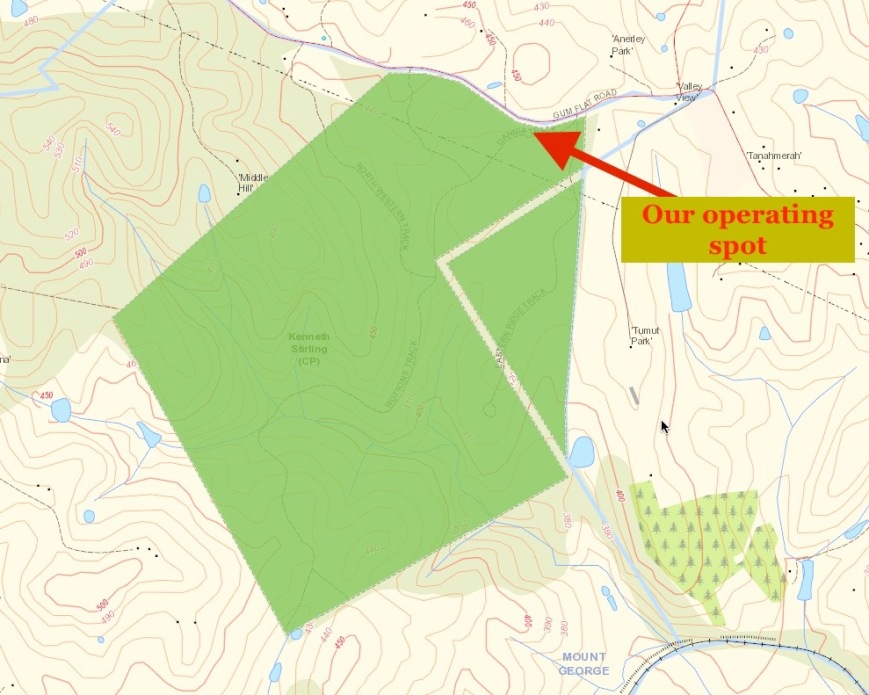 Marija started calling CQ on 7.130 and her first ever park contact was with Mick VK3PMG in western Victoria with a very strong 5/9 plus signal.  This was followed by Les VK5KLV, Peter VK2NEO, Alan VK3LSD and then Adrian VK5FANA.  It wasn’t long before Marija had a little pile up going, which I thought she handled extremely well.  I assisted Marija with writing down some of the call signs heard and helping her out with the names of many of the familiar call signs. 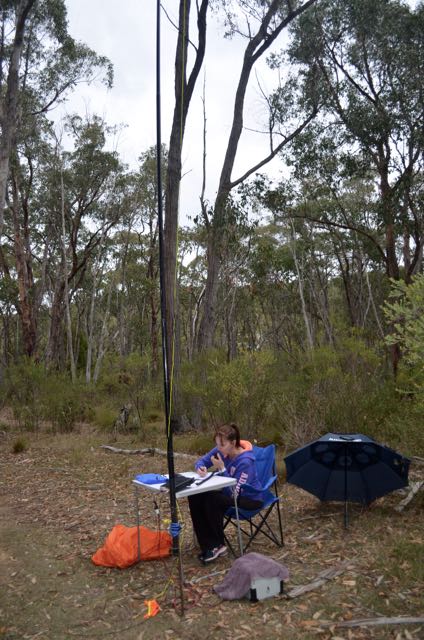 And Marija was very pleased to work Julie VK3FOWL, and Connie VK2FCON.  Marija was Connie’s first ever contact on HF.

Below is a 10 minute video of Marija at the mic for her very first park activation…..

Just after 0700 UTC it was my turn to put out a few CQ calls on 20m.  I headed for 14.210 and started calling CQ.  This was almost immediately answered by Don VK2DON, followed by Sasa 9A3NM in Croatia, Luciano I5FLN in Italy, and then Rick VK4RF/VK4HA.  I was kindly spotted on the DX Cluster by a number of stations, and this resulted in a mini pile up of European and VK park hunters.

After 45 minutes on 20m I had 42 stations in the log, and it was starting to get a bit late.  Countries worked on 20m were:- Australia (VK2, VK4, VK6), Croatia, Italy, Hungary, Poland, Finland, France, Slovenia, Denmark, Belgium, Germany, Scotland, Russia, Spain, Netherlands, and Sweden.  I quickly headed over to 40m where I spoke with Adam VK2YK/p ‘Park to Park’ in the Popran National Park VKFF-0417.  And to finish things off I called CQ on 21.244 for around 5 minutes, but only managed to work John VK6NU (5/7 sent and 5/5 received). 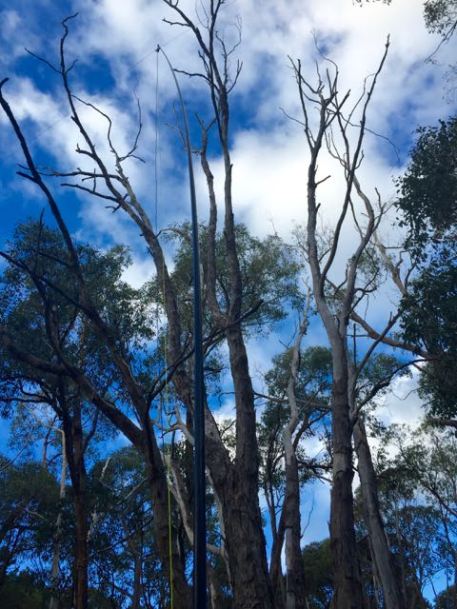 I worked the following station on 40m SSB:-

I worked the following station on 15m SSB:-

Below is a short video of me operating on 20m……