After packing up at Cooltong, Marija and I continued our journey west along the Sturt Highway and drove in to Waikerie for some lunch at the Newland bakery.  We can highly recommend the bakery, as the food here is extremely fresh.  I had a pastie and a custard tart, whilst Marija had a nice healthy ham and salad roll.  Perhaps not the best option for me with my waistline.  But what the heck.

We then headed off to the Maize Island Lagoon Conservation Park 5CP-123 and VKFF-0827, which is located about 160 km north east of Adelaide.

We then drove back along the Sturt Highway until we reached the lookout where it was a brief stop to enjoy some fantastic views of the mighty Murray River and out towards Maize Island Lagoon. 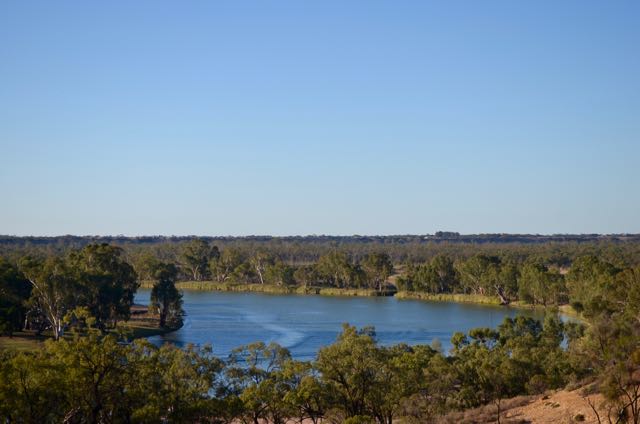 We continued east on the Sturt Highway until we reached Holder Top Road and then Hawkes Hill Road.  The park is well signposted. 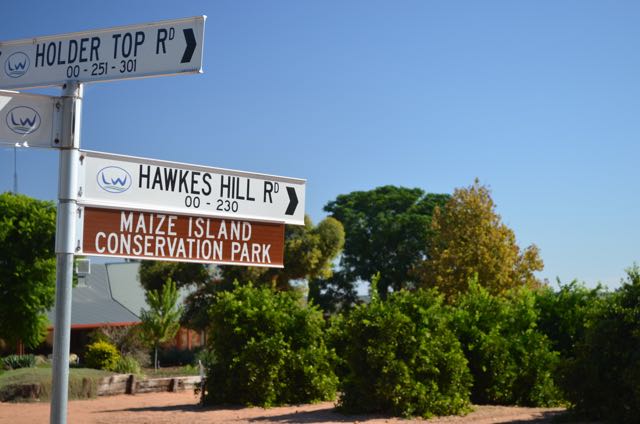 We soon entered the park and drove along the 4WD track following the Murray River.  The track is a bit sandy in parts but is easily passable in a conventional vehicle. 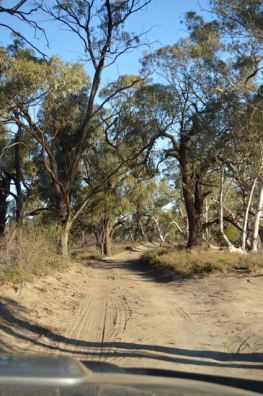 It was a beautiful afternoon, with the temperature around 28 degrees C, so there was plenty of activity on the river. 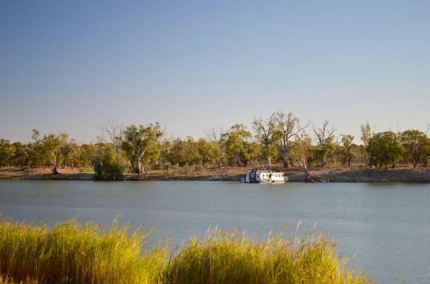 Maize Island Lagoon CP is about 215 hectares in size and is backed by magnificent cliffs created by the mighty River Murray.  The park contains many backwater lagoons lined by majestic River Red Gums.  The park is alive with a variety of waterbirds.  The park was so named because early pioneers had grown crops of maize as fodder for cattle and horses on the drying lagoon bed following high rivers.

The area was first settled in 1880 by the Shephard brothers who named their sheep run Waikerie Station, and built the little homestead still standing on Holder Bottom Road.  In 1888 the Government cancelled pastoral leases and began surveing the country for closer settlement.  Village settlers arrived in 1894 to establish themselves on horticultural allotments in the area of Holder Bottom Road.  In 1921 a pipeline was built to Maize Island and orchards were established there.  In 1956, the infamous Murray River flood struck, with more high rivers in the following years, which convinced the Government to resettle people in 1975 and control the area as a Conservation Park.

We found a little parking area off the 4WD track and parked the Hi Lux.  There was a nice area opposite the parking area, right alongside of the river, with plenty of room to stretch out the 40m/20m linked dipole.

I headed to 7.144 and commenced calling CQ and this was answered by Jock VK2EJW with a strong 5/9 signal.  Next up was Nick VK3ANL, Ron VK3MRH, and Simon VK2JAZ.  Eleven contacts into the activation and I had my first Park to Park contact in the log from Maize Island Lagoon.  It was Gerard VK2IO who was portable in the Hunter Wetlands National Park VKFF-0595.  This was followed by another Park top Park contact with Stef VK5HSX who was portable in the nearby Morgan Conservation Park 5CP-141 and VKFF-0911.

The 40m band was in good shape, with great signals coming in from VK2, VK3, VK4 and VK5.  I worked a number of stations running QRP: Ron VK3MRH in Wodonga with just 5 watts, and Terry VK3TEZ in Hoppers Crossing running just 5 watts.  It was also nice to get Chris VK4FR/3 in the log, who was mobile near Murrayville in Victoria.

I worked a total of 30 stations and then handed the mic over to Marija. 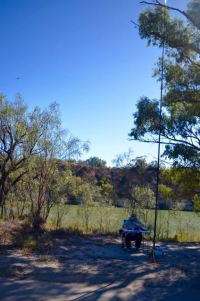 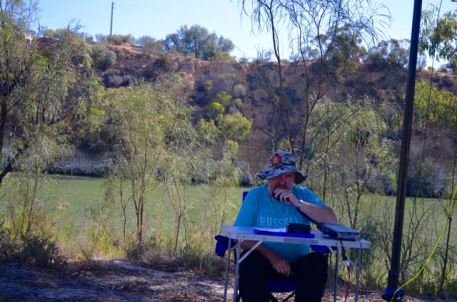 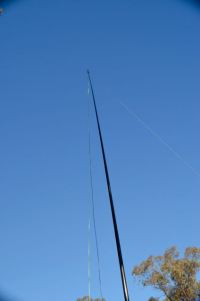 Marija was keen to get on the road and head home, so she quickly made a total of 16 contacts into VK3, VK4, VK5, and VK7.  This included a Park to Park contact with Rob VK4AAC/3 in the Burrowa Pine Mountain National Park VKFF-0069. 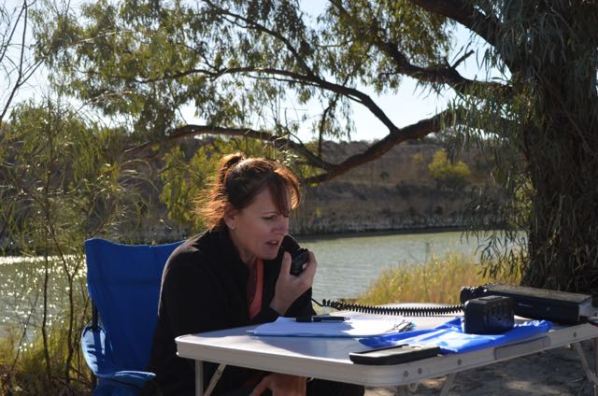 I then jumped back on air and worked a further 20 stations in VK2, VK3, VK4, and VK5.  This included a Park to Park contact with John VK5BJE/3 in the Green Lake Regional Park VKFF-0967.  I also worked a few more QRP stations: Alan running an SDR at 5 watts (5/8 sent) and Greg VK5GJ at Meadows in the Adelaide Hills running 4 watts (5/8 sent).

Time was marching on, so I had a quick tune across the 40m band before heading to 20m.  I found Rob VK4AAC/3 in the Burrowa Pine Mountain National Park with a fantastic 5/9 signal.

I then quickly headed up to 14.310 on 20m where I made contact with Bill VK4FW, Rick VK4RF/VK4HA, Mike VK6MB, Steve VK4KUS, and finally Steve VK4QQ.  Rick informed me that Gerard VK2IO was on 14.315 in Hunter Wetlands NP, and I had a quick listen there, but could not hear a sausage.  So it was time to pack up and head home after a very enjoyable weekend away.

I had a total of 57 contacts in the log.

On the way home we dropped in to the Cambrai Hotel for a meal. 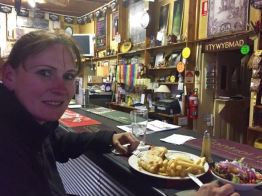