My first planned activation for Friday 7th April 2017 was Mount Fatigue VK3/ VT-057.  I made an early start from the motel in Ballarat and headed east.  The first part of my drive was quite pleasant, along the Western Freeway through Ballan and Bachus Marsh.  But I then hit the outskirts of Melbourne and the drive certainly slowed down.  It took me some time to get through the western suburbs and across the Westgate Bridge.

Once I got out of the Burnley Tunnel and onto the M1, the traffic flowed a little smoother.  I continued on to Koo Wee Rup and then Korumburra and then Leongatha.  I then headed up the Foster-Mount Best Road

I soon entered the Wonjip plantation area which was truly spectacular, with dense forest and beautiful green tree ferns 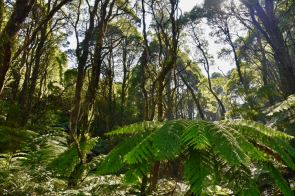 After some weaving up Toora-Gunyah Road I reached the junction with the Mount Fatigue Road and headed up to the summit. 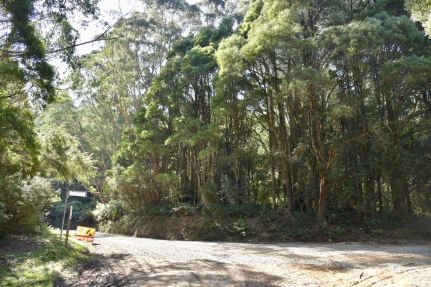 I set up in the carpark at the end of Mount Fatigue Road.  There were no other vehicles in the carpark, so I had plenty of room to stretch out the 80/40/20 m linked dipole.  Due to the 7m squid pole splitting the night before, I could only get the antenna up at 6 metres for this activation.  As it was a nice easy drive up summit I had the luxury of the fold up table and deck chair.  I ran the Yaesu FT-857d and 40 watts for this activation. 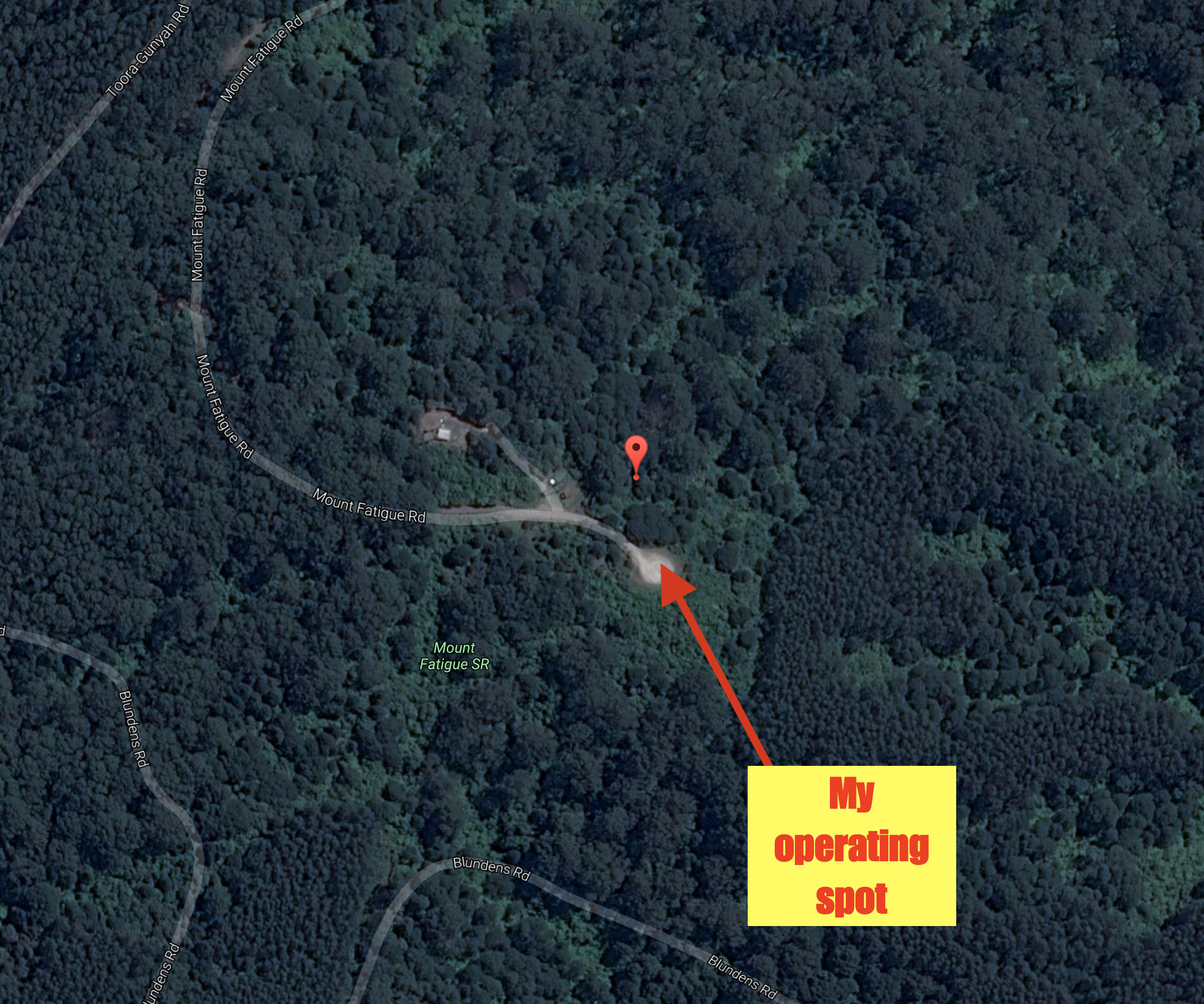 Above:- Aerial shot of the summit, showing my operating spot.  Image courtesy of google maps

Prior to calling CQ I enjoyed some of the views to be had from the top of Mount Fatigue.  Views can be enjoyed of the surrounding countryside all the way down to the Wilsons Promontory National Park. 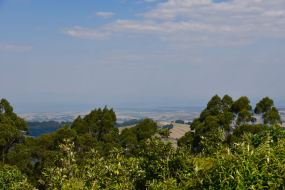 The following is from Stokes’ book ‘Discoveries in Australia during the Voyage of H.M.S. Beagle’:

“When we sailed out of Alberton – to commemorate my friend Count Strzelecki’s discovery of this important and valuable district, which he named in honour of His Excellency the Governor.  I called the summit of a woody range 2110 feet high, over the north shore of Corner Inlet, Mount Fatigue.  The only vegetation this part of the promontory supports is a wiry grass, stunted gums and banksias in the valleys, and a few grass-trees near the crests of the hills which are generally bare masses of granite” 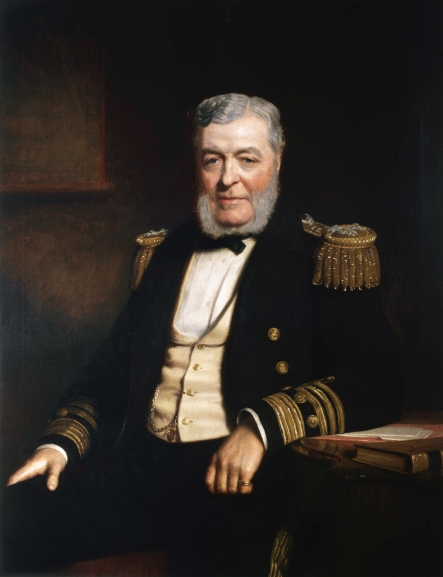 At the end of the 19th century, the largest tin mines in Victoria were in close proximity of Mount Fatigue.  Gold was also discovered on the slopes of Mount Fatigue by William Turton in 1856.

There is a trig point at the summit which is hidden behind the trees and a small tower.

Contact number eight in the log was a Summit to Summit contact with Andrew VK3BQ/2 who was activating Australia’s highest peak, Mt Kosciuszko VK2/ SM-001.  Andrew was running QRP 5 watts and was a strong 5/9.

My final contact on 40m was another Summit to Summit, with Rob VK2QR/p who was activating the SOTA peak Mount Hudson VK2/ SM-021.

I then moved up to 14.310 on the 20m band and called CQ.  This was answered by Sergio VK3SFG at nearby Mirboo North.  Sergio had a good 5/8 signal and reciprocated with a 5/9 signal for me.  I put out around another 12 CQ calls, but I had no takers.

It was time to pack up and head off to the Wilsons Promontory National Park.  I had a total of 26 stations in the log and a unique SOTA summit to add to my SOTA activator list. 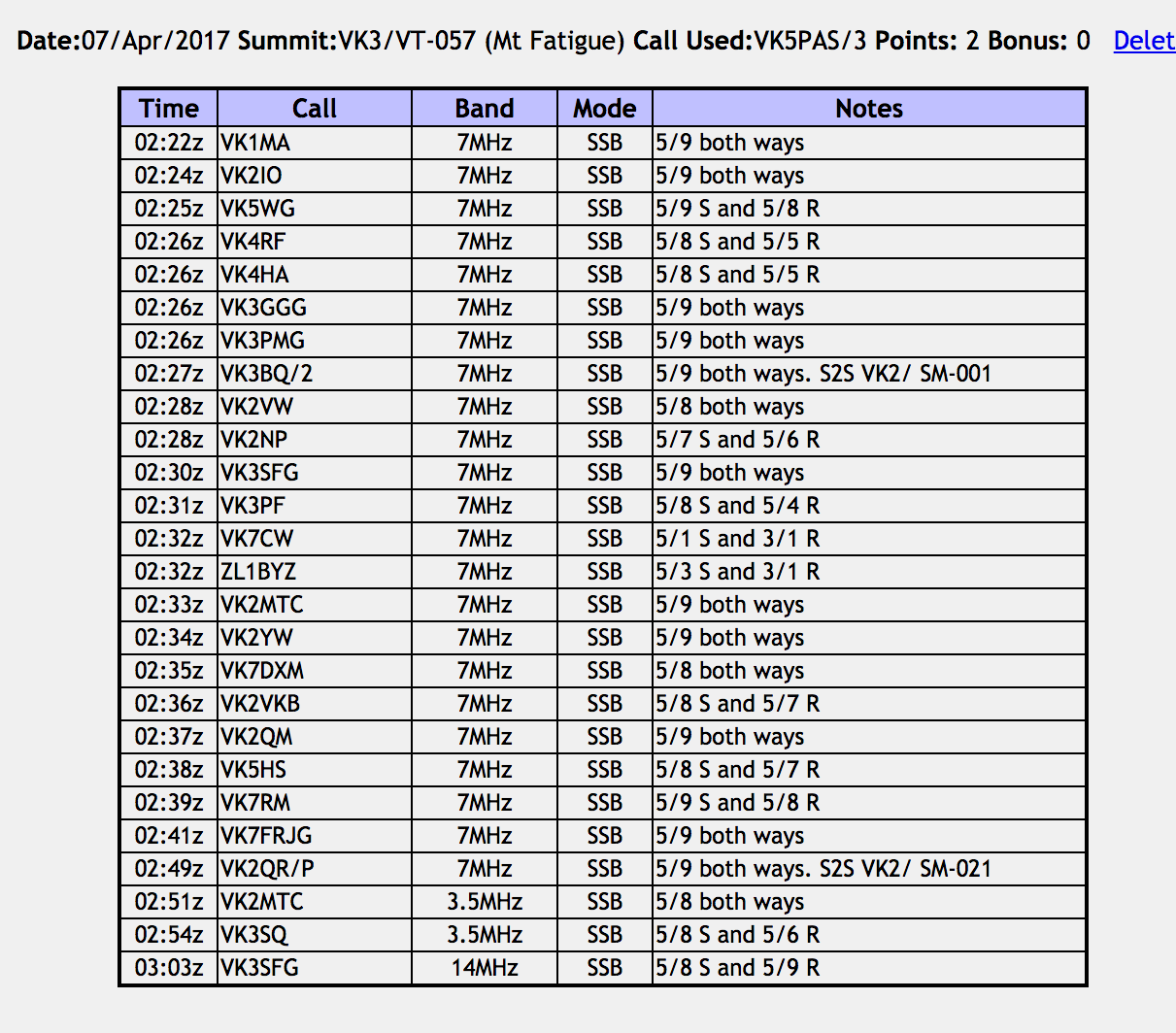 As I left the summit, I had some nice views back to Mount Fatigue.

I also enjoyed some nice views of the surrounding countryside including the Toora Wind Farm.  Toora has 12 wind turbines, each of 1.75 MW rated capacity, with a total generating capacity of 21 MW of electricity. The power station was completed in 2002. 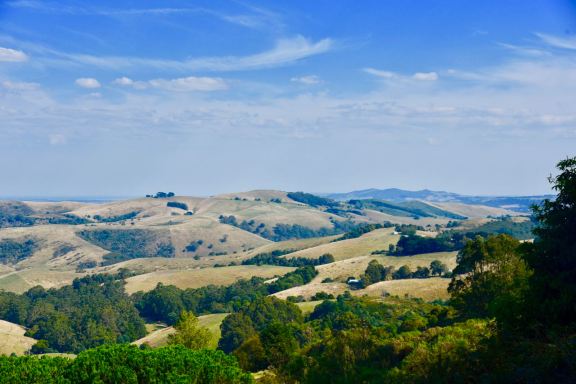