Following our activation at Lake Tyers, Marija and I drove the short distance into Lakes Entrance, where we had booked in to stay for one night.  Lakes Entrance is a seaside resort and fishing port, situated about 320 km east of Melbourne.  It was originally known as Cunninghame after a family of squatters who settled in the area.  The town boasts Australia’s largest inland network of waterways.  There are a number of lookout areas, one at least which we took advantage of to enjoy some spectacular views.

The local Kurnai had a Dreamtime legend explaining the lakes: a frog swallowed all of the world’s water. The other animals tried to make the frog surrender the water by making it laugh. All deliberate attempts at humour failed but the sight of the eel standing upright on its tail caused the frog to laugh, the water was disgorged and the subsequent flood is said to have created the lakes.

Marija and I visited the Visitor Information Centre and decided to take a drive out to the  Nyerimilang Homestead which is contained in Nyerimiland Park.  The old homestead is located amongst beautiful gardens on a cliff top overlooking the Gippsland Lakes.  The land that is now Nyerimilang Heritage Park was first owned by Alexander Murray in 1884.  He later transferred it to Frank Stuart of Melbourne who built a home as a base for fishing and shooting holidays at the Gippsland Lakes.

We then headed back into Lakes Entrance and had a drive along The Esplanade, viewing many of the fishing boats and the floating restaurants.  We also stopped to have a look at the wood carvings which depict images of Australia at War, including the famous Simpson and his donkey. 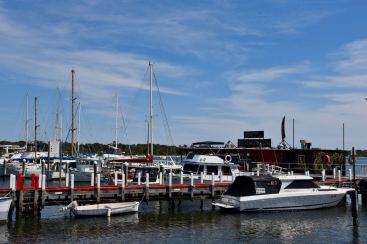 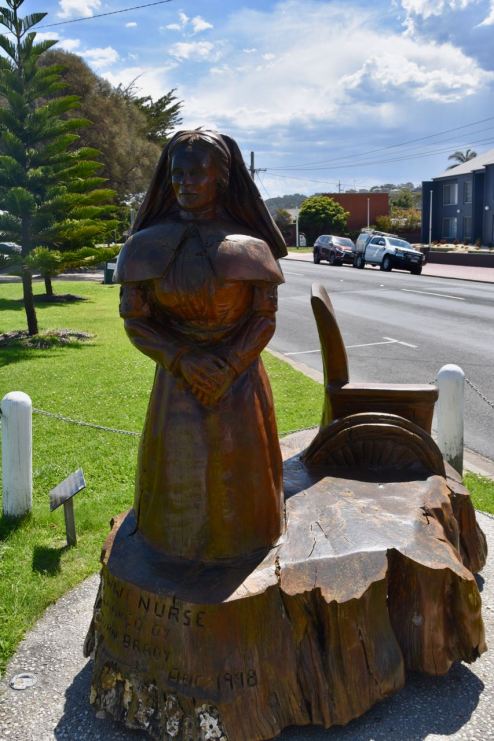 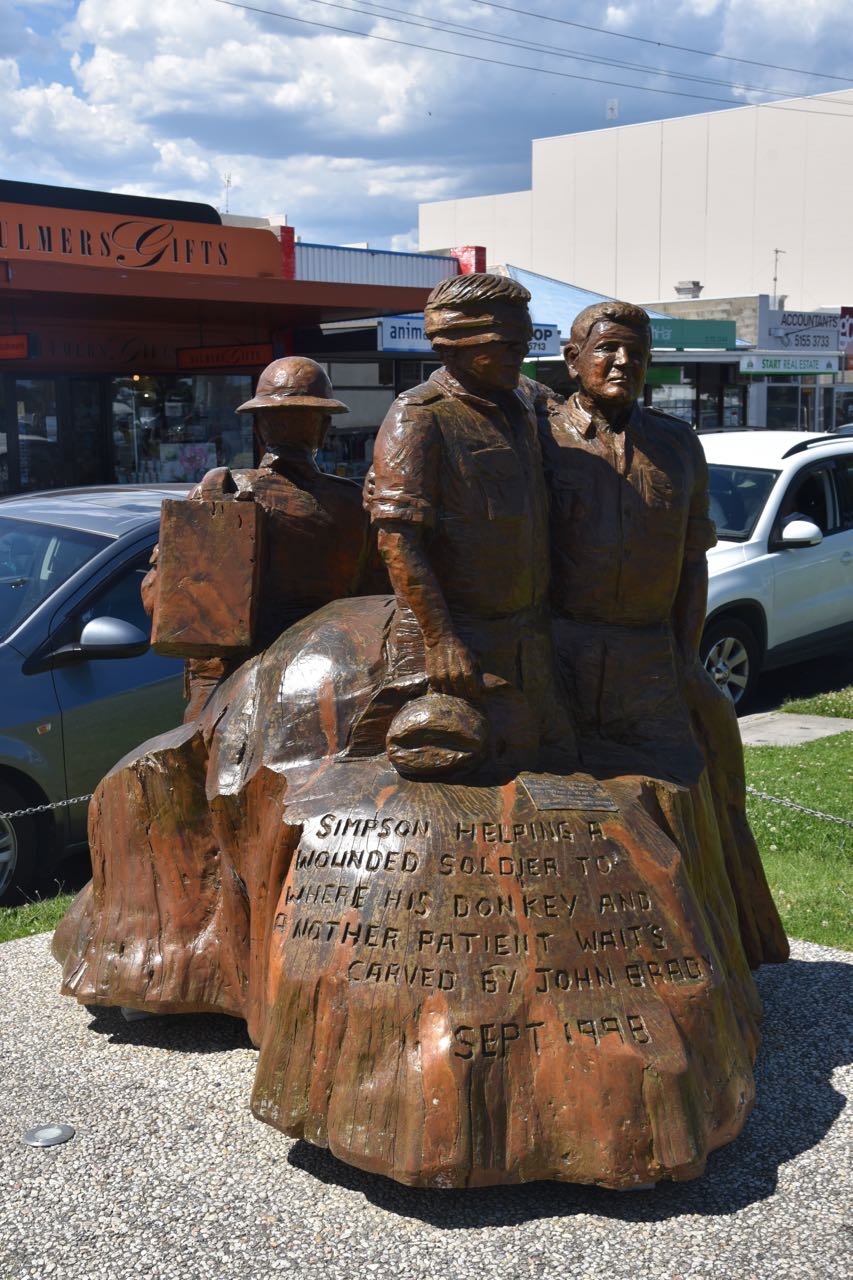 We then headed out of town on the Colquhoun Road for a number of kms.  I joked with Marija that we were booked in so far out of town, it seemed that far.  And first impressions often lie.  When we pulled up to the Lakes Entrance Country Cottages, I thought to myself, ‘where the hell have we booked in?’  But once we got to the rear of the farmhouse where the cottages are located, I was very impressed.  The cottages are transportables and are set in a very picturesque environment.  And inside, the cottage was spotless and very spacious.

After offloading some of our gear Marija and I headed out to our second planned park activation of the day, the Colquhoun Regional Park VKFF-0962, which was located just a few kms away from where we were staying.

Above:- Map showing the location of the Colquhoun Regional Park.  Map courtesy of google maps.

The Colquhoun Regional Park is 3,600 hecatres in size and borders the Colquhoun State Forest to its north and east.  The park has relatively gentle slops and consists of open forest, primarily Silvertop, White Stringybark and Mountain Grey Gum.

Within the current day boundaries of the park, a tramway was constructed during the early 1900s to move granite from the Mississippi Creek quarry to Lakes Entrance. The granite was used to build a new permanent entrance to the Gippsland Lakes, as the original timber pylons had been severely damaged by the marine toredo worm.  The tramway remained in use until the mid-1930s. 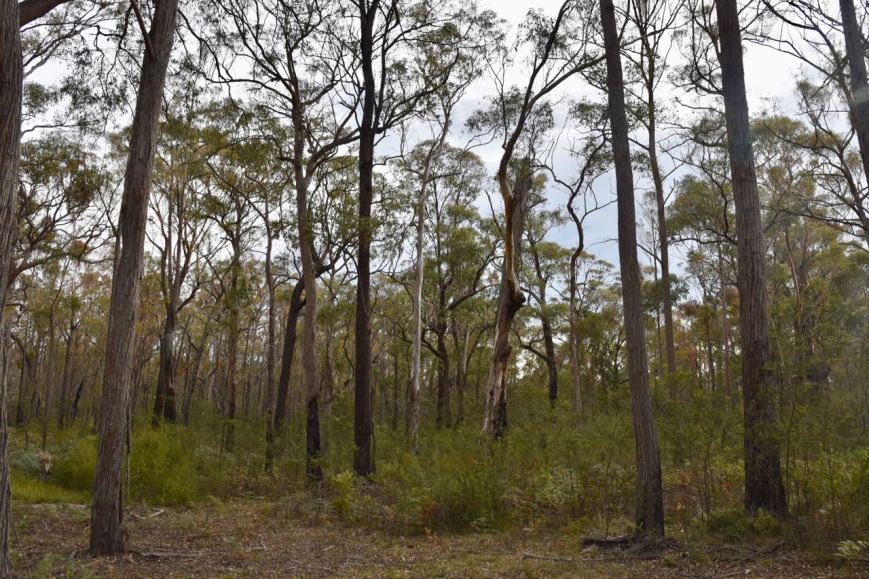 The Colquhoun Regional Park and the adjacent State Forest support a variety of native fauna species, including Swamp Wallabies, Wombats, Brushtail Possums, and Common Ringtail Possums.  Various birds can be found in the park including the Crimson Rosella, Eastern Rosella, and the Superb Lyrebird.

We turned down Blackfellows Road and soon entered the park.  Although not signposted, we ensured we were within the park boundaries by using the GPS. 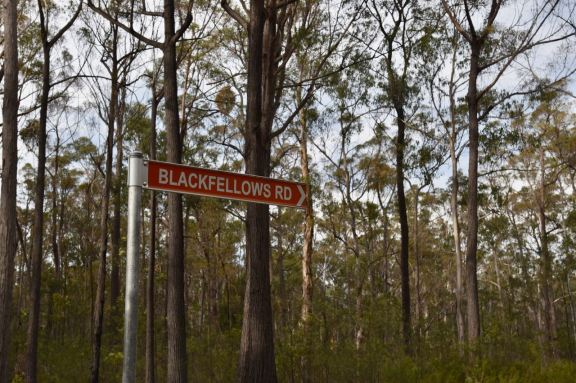 The turnoff at Blackfellows Road

We set up in a small clearing in the scrub, right alongside Blackfellows Road.  We ran the Yaesu FT-857d for this activation, and the 20/40/80m linked dipole on the 7m squid pole.  Power output was initially at 10 watts for Marija’s Foundation licence.  I then wound up the power to 40 watts.

Once again Marija and I swapped the mic for this activation, until Marija had 10 contacts in the log.  First in the log was Mick VK3GGG/VK3PMG, followed by John VK4TJ, and then Gerard VK2IO.  Contact number 10 came quite quickly, just 9 minutes into the activation.  That being a QSO with Nick VK3ANL.

I then moved to 3.610 on the 80m band where I logged 6 stations, all from Victoria (VK3).  All signals on 80m ranged from strength 7 to strength 9.  But despite the 80m band being quite good, they were my only stations logged on that band.

I then QSYd to 14.310 on the 20m band and started calling CQ.  Peter VK3PF had spotted me on parksnpeaks.  Unfortunately only one station was logged on 20m, that being Jonathan VK7JON who was a strong signal.  VK3AIC also called me and despite me copying him well due to no man made noise from the park, he was unable to hear me due to his noise floor.  It just highlighted one of the great reasons for operating portable…..NO man made noise.  Beautiful!

After packing up Marija and I headed back into Lakes Entrance and took a short walk along the beach.  It was a beautiful warm evening. 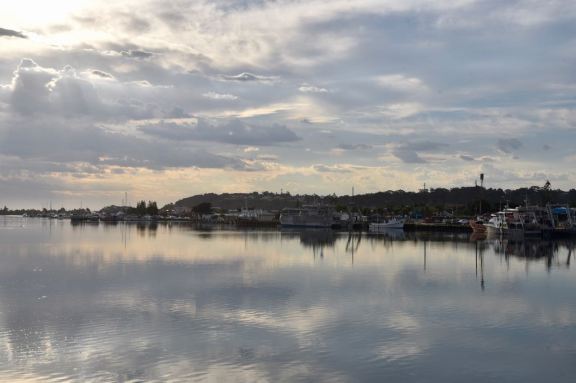 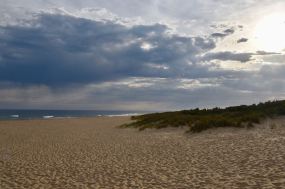 We then returned to our accomodation and whilst Marija cooked up some sausages and patties, I did a bit of bird watching.