After packing up at the Tarra Bulga National Park, Marija and I headed for our second park of the day, the Morwell National Park VKFF-0626.  The park is located about 170 km east of the city of Melbourne and about 16 km south of the town of Morwell in the Latrobe Valley area of the Gippsland region of Victoria.

After receiving some local info from Peter VK3PF (thank Peter), Marija and I drove back into the town of Morwell and then travelled south out of Churchill to get to the park, rather than trying to take the dirt tracks through the mountains from Tarra Bulga. 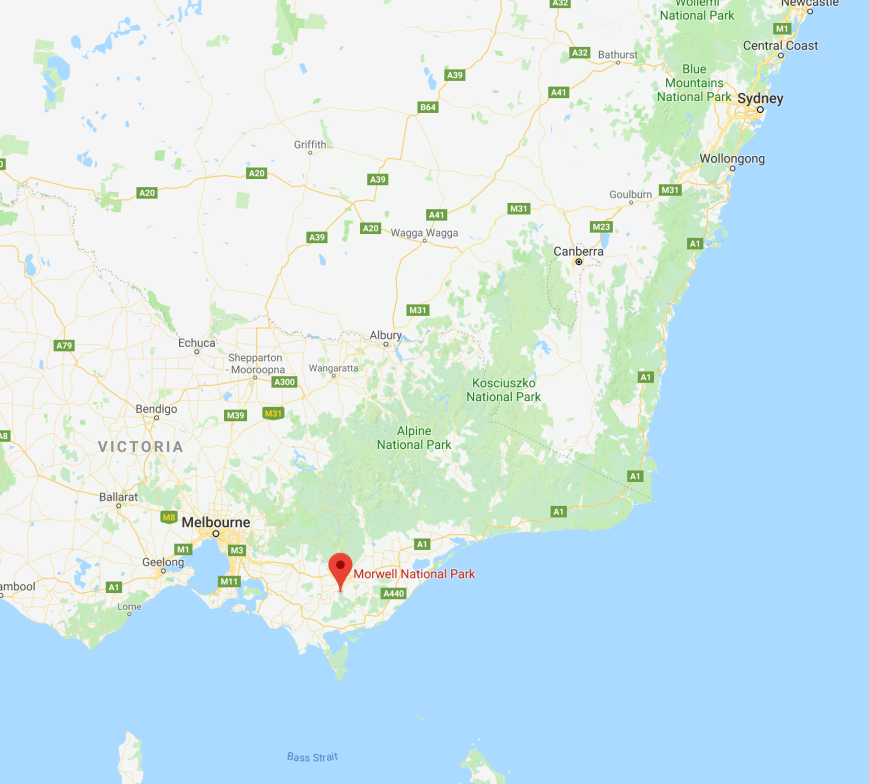 Above:- Map showing the location of the Morwell National Park.  Map courtesy of google maps

The Morwell National Park is 565-hectares (1,400-acres) in size and was established on the 26th November 1966. The park is on the lower northern slopes of the Strzelecki Ranges in the Latrobe Valley.  The park preserves a remnant of previously widespread Damp Sclerophyll forest and some Warm Temperate Rainforest remnants restricted to deep creek gullies in the park.  About 320 plant species have been recorded for this park, including five rare or threatened species and 44 orchid species.

Above:- Aerial shot showing the Morwell National Park, with the town of Morwell in the background.  Image courtesy of google maps

About 129 native fauna species have been recorded in the park, including 19 mammals, 96 birds, 11 reptiles and three amphibians.  Native animals include Feathertail Gliders, Sugar Gliders and Greater Gliders, Mountain Brushtail Possum, Koala, White-footed Dunnart, Long-nosed Bandicoot and Dusky Antechinus.  The endangered Powerful Owl can be found in the park, along with the Superb Lyrebird.

Until 1956, timber harvesting occurred in the park.  Much of the park prior to it being gazetted, was privately owned, and the land has been exploited since European settlement.  The majority of the Billy’s Creek Valley, from where we operated, was cleared for grazing.  There is evidence in the park of a timber sawmill, a gravel pit and a mine shaft. 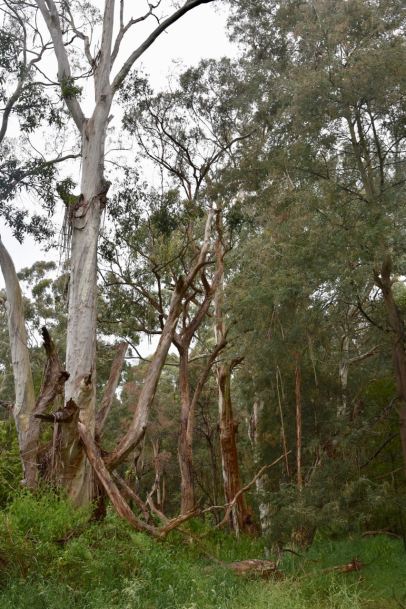 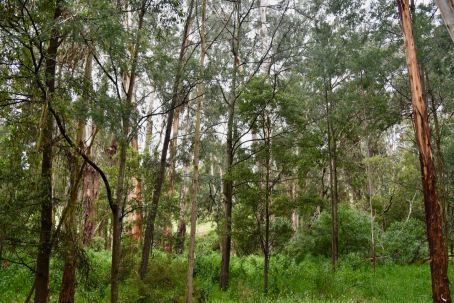 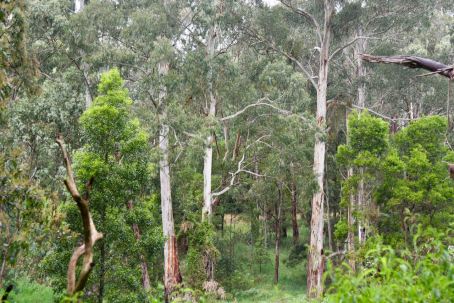 I did a spot of birdwatching from the park.  Most were a little too quick for me, but I did get some shots of some Grey Fantails and some Eastern Yellow Robins. 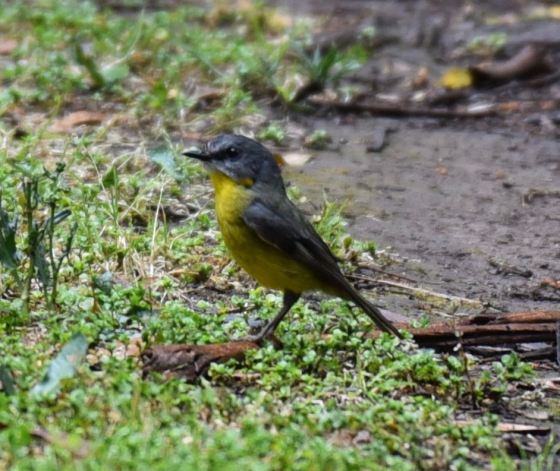 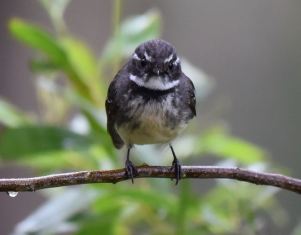 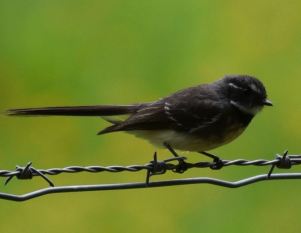 Marija and I also saw a number of next boxes in the park.  From what I’ve read on the internet it appears these are nesting boxes for the Sugar Gliders, and not birds? 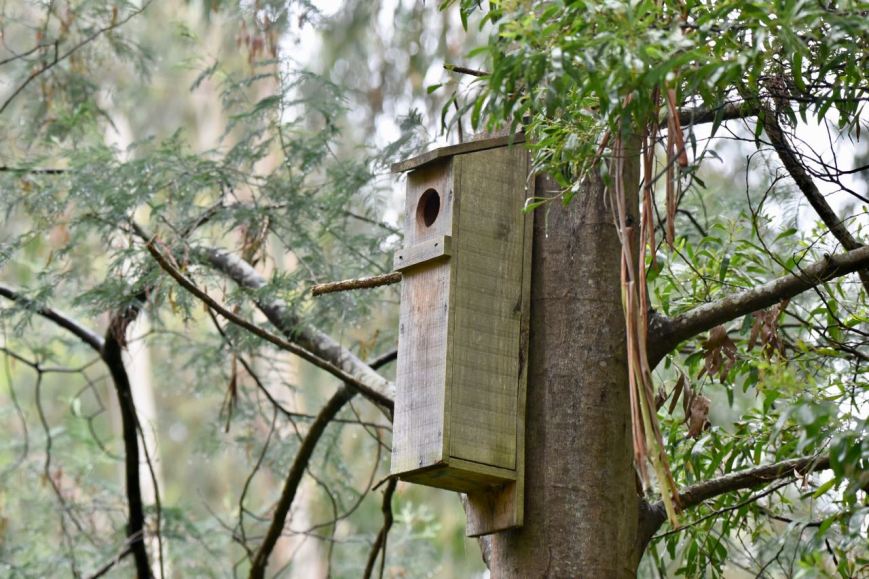 Marija and I operated from the Billy Creek carpark area of the park which is on Junction Road, which in turn runs off Monash Way. Above:- The Morwell National Park, showing our operating spot at the Billy Creek carpark.  Courtesy of Parks Victoria.

There was a wooden table and benches here, so we didn’t have to worry about getting out the fold up table and deck chairs.  It was also close to the vehicle should we have to pack up in a hurry, as the sky was getting very black.  I attached the 7m squid pole to a fence post using an octopus strap. 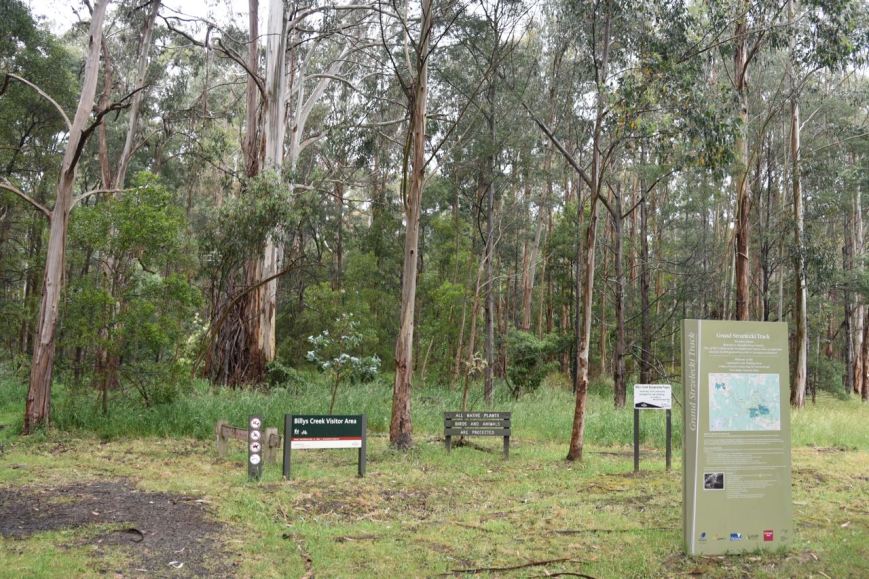 The weather was very threatening, so again Marija and I decided to share the mic for this activation, hopefully reaching our 10 contacts before the rain hit.  We tuned to 7.144 and found Garry VK2GAZ/p who was activating the Murramarang National Park VKFF-0371.  We logged Garry who was kind enough to hand the frequency over to us.  We then called CQ and this was answered by John VK5BJE.  Next we had another Park to Park contact in the log, with a QSO with Cliff VK2NP/p who was activating the Cecil Hoskins Nature Reserve VKFF-1906.  Contact number 10 came 7 minutes into the activation, with a QSO with Mick VK3PMG. 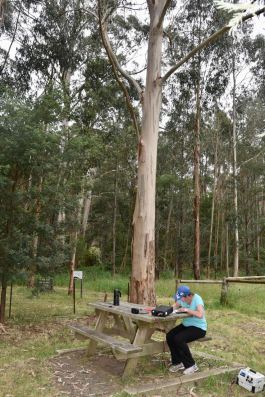 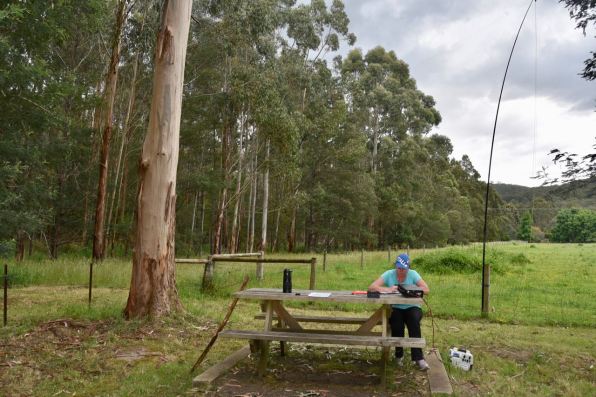 We were now starting to experience a few drops of rain, so Marija got the bothy bag out of the vehicle.  I logged Gerard VK2IO, then Sergio VK3SFG and then Tony VK7LTD.  The rain drops started to get bigger, so I hid underneath the bothy bag to try to stay dry.  I logged a further 7 stations, before I had to call it quits, as the rain became very heavy, with the rain droplets leaking through the bothy bag. 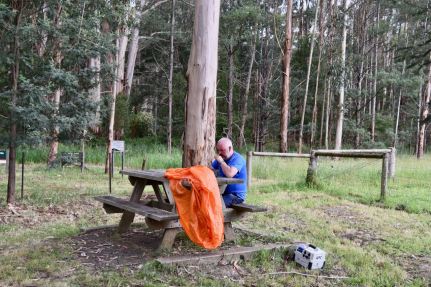 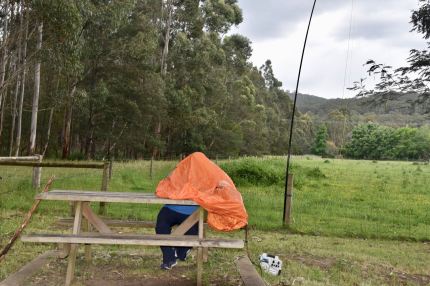 Sorry to anybody else who was calling, but we had to call it a day as the rain had really set in and we were starting to get a little bit of lightning.  It was a mad dash to pack up the gear and get back to the vehicle.

After packing up at the park Marija and I headed back into Traralgon and booked into the motel and freshed up a bit and got out of our wet clothing.  We then headed off to the hotel for tea.  We enjoyed a great meal and terrific company and spent about 3 hours at the hotel with Peter VK3PF, Sergio VK3SFG, Brian VK3BBB, and Ken VK3UH and his wife.  A great night, and thanks to Peter VK3PF for organising it. 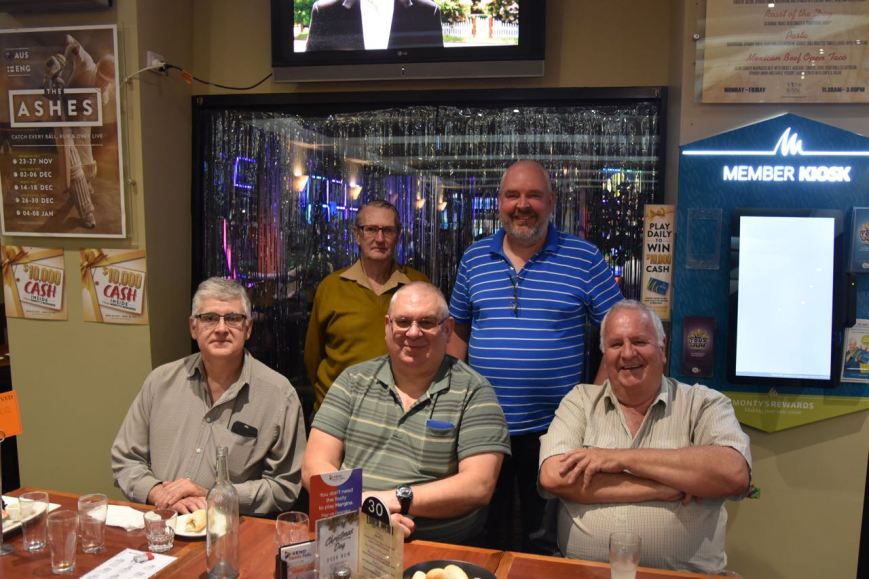 We then headed back to the motel and called it a night.