After leaving Mount Lofty we headed east to the Monarto Conservation Park VKFF-0828 hoping to log some more stations using the special VI50IARU3 call sign to celebrate the 50th anniversary of region 3 of the International Amateur Radio Union (IARU).

As we drove east we could see blue sky which was very promising.  Sadly that didn’t last for long and we soon had a huge downpour of rain.  It wasn’t looking good to be sitting out in the park.

Once we got to Monarto the weather had started to clear somewhat, but not enough for me to sit outside of the vehicle.  We set up the 20/40/80 m linked dipole and operating from the comfort of the Toyota Hi Lux. 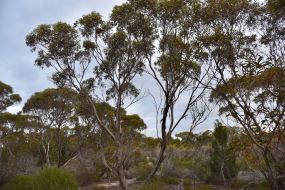 Our operating location was our normal spot in the carpark off the Ferries McDonald Road.

We started off the activation on the 40m band.  First in the log was Bill VK4FW/p who was activating the King Conservation Park VKFF-1572.  After logging Bill we moved down the band to 7.130 and I called CQ.  Andrew VK2UH had followed me down and was logged with a strong 5/9 signal.  Next up was Peter VK3PF, followed by Ray VK3NBL, and then Brett VK2VW.

I then moved to the 20m band and called CQ on 14.310.  Greg VK4VXX/8 had followed me up from 40m, and was first in the log.  Next was Snow VK4FE.  But despite a number of further CQ calls I had no further takers on that band. 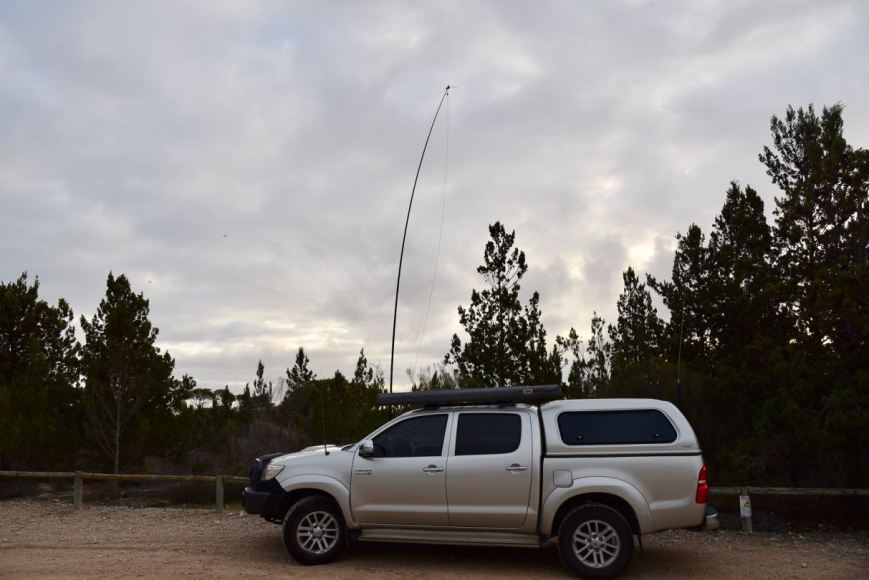 I ended up with a total of 55 stations in the log for the activation.