On the weekend just gone (Saturday 6th April 2019), the Riverland Radio Club held their annual gathering at the historic Overland Corner Hotel in the Riverland region of South Australia.  Marija and I have attended the past 5 years, since its inception, as it is a terrific weekend to catch up with amateurs from across Australia.

I am on my last few days of holidays, but Marija took half of Friday 5th April off, and we headed off to Renmark.  For this trip, we travelled up through Tailem Bend, Karoonda, Sandalwood, Alawoona, Loxton, Berri, and into Renmark.  It’s a drive of around 3 hours.

Above:- Map showing our route to Renmark in the Riverland.  Map courtesy of google maps

Our first quick stop on the trip was the town of Karoonda, about 145 km east of Adelaide.  Karoonda takes its name from the Aboriginal word for “winter camp”.  Karoonda was founded on wheat growing early in the 20th century, and was proclaimed as a town on the 11th December 1913.

Each year in April, the 2 day Karoonda Farm Fair is held in the town.  The event showcases local, state and interstate farming and general interest products, services and events.  The Farm Fair attarcks about 7,000 – 10,000 pople.  Marija and I have promised ourselves that next year we are going to attend to have a look. 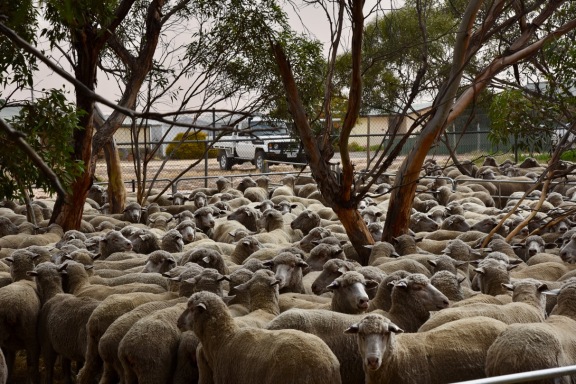 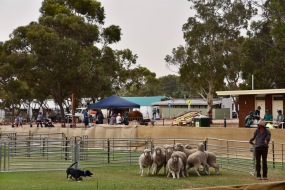 We continued northeast on the Karoonda Highway, travelling through the little towns of Borrika, Sandalwood, Halidon, Mindarie, and Wanbi.  Not much exists in many of these places anymore, I suspect due to the closure of the railway line.  It never ceases to amaze Marija and I on our travels, that many towns are a shadow of their former selves due to the closure of nearby rail lines.

We stopped briefly to have a look at the Goyders Line monument.  Goyders Line is a line which runs roughly east-west across South Australia and, in effect, joins places with an average rainfall of 250 mm.  North of Goyder’s Line, annual rainfall is usually too low to support cropping, with the land being only suitable for grazing. 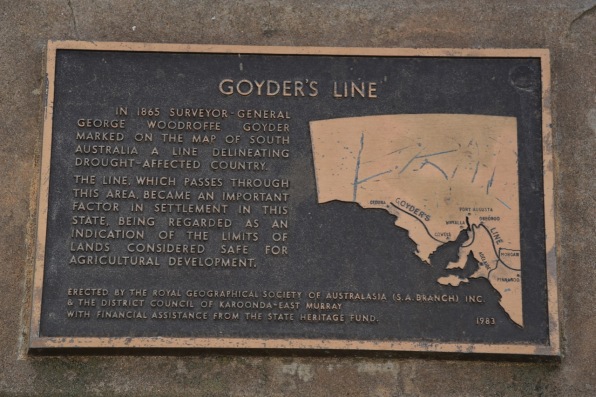 Another sad example of the demise of many towns in the region is the old Simpsons Hotel at Wanbi.  The hotel was constructed in 1931 for Mrs Ellen Barnes, the licensee and lessee at the time, of the Karoonda Hotel.  It was built at a cost of 3,000 pounds and was opened in 1932.  The hotel was the only licenced hotel in the former District Council of East Murray, with its nearest competitors being at Loxton and Karoonda.  Upon its opening, it featured a swimming pool at the rear.

Our next brief stop was at the town of Alawoona, about 211 km east of Adelaide.  Alawoona was established as one of the original sidings during the construction of the Barmera railway line in 1906.  The town which was surveyed in 1914, takes its name from the aboriginal word meaning ‘place of hot winds’.

Our one and only intended park activation for the day was the Billiatt Wilderness Protection Area VKFF-1685, which is located about 20 km south of the town of Alawoona, and about 30 km north of the town of Lameroo.

Above:- Map showing the location of the Billiatt Wilderness Protection Area, east of Adelaide.  Map courtesy of Protected Planet.

Marija and I headed south on Billiatt Road out of Alawoona.  It was an overcast but very hot day, with the temperate just shy of 35 degrees C.    There was a very strong wind blowing, and as a result, a dust storm had been created.

We soon reached the park which is well signposted.  A word of warning, this is quite a remote area, with very little phone coverage.  It is very easy to become bogged if you venture off-road and are not prepared. 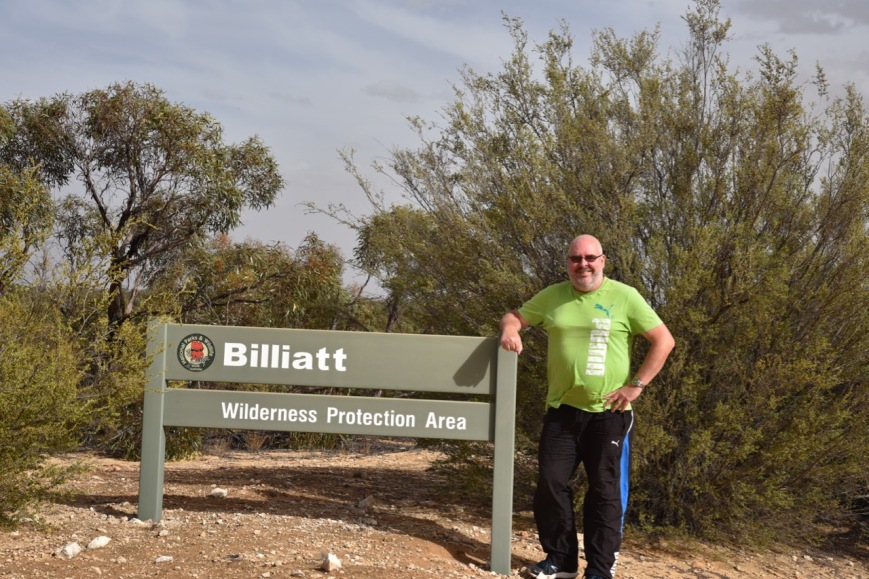 The Billiatt Wilderness Protection Area conserves some of the largest remnant stands of pristine mallee heath and shrubland habitat in South Australia.  The park was devastated by a significant bushfire in 2004, but it appears to have recovered quite well.

Some attempts were made to farm the land in the Billiatt area between the 1870s and 1930s.  However, the land ultimately proved unsuitable for conventional farming methods. 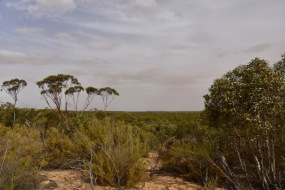 Wilderness is defined as land which has not been seriously affected by moderan technology or exotic plants, animals and organisms.  In 2005, the South Australian Wilderness Advisory Committee assessed the wilderness quality of the former Billiatt Conservation Park.  The high National Wilderness Inventory values identified during the assessment prompted the Committee to recommend the reserve receive protection under the Wilderness Protection Act 1992.  Billiatt Wilderness Protection Area was subsequently proclaimed by the Governor in 2008.

The park is named in honour of John William Billiatt, who was an explorer, adventurer, and tutor.  He was born in Lincolnshire, UK, in 1842, and arrived in Adelaide in 1861. Above:- John William Billiatt.  Image courtesy of the State Library of South Australia.

As it was a hot day, we chose a nice shady spot underneath a gum tree.  We had very little phone coverage, and the only way to get a signal out was to climb to the top of one of the sand dunes in the park.  Marija managed to get enough coverage to place a spot up for me on parksnpeaks, and I started calling CQ on 7.144 on the 40m band. 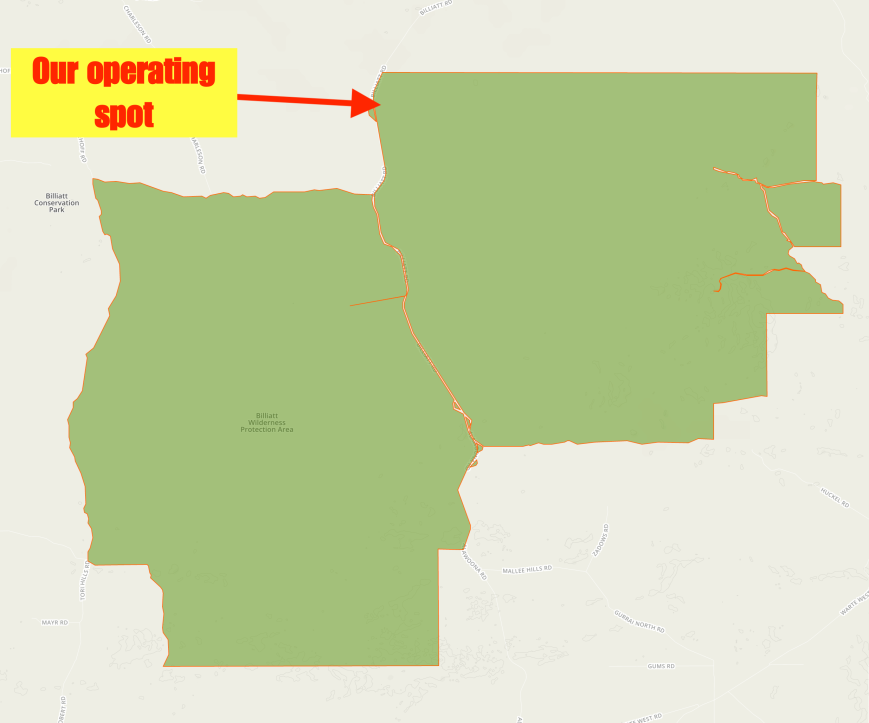 Sadly, band conditions were awful.  It took a few minutes before I had my first caller in the log, Keith VK7FKLW.  But much to my pleasure, my next caller was Andrei ZL1TM in New Zealand.  After around 15 minutes I had just 8 stations in the log, which is very unusual for the parks program which has become incredibly popular. 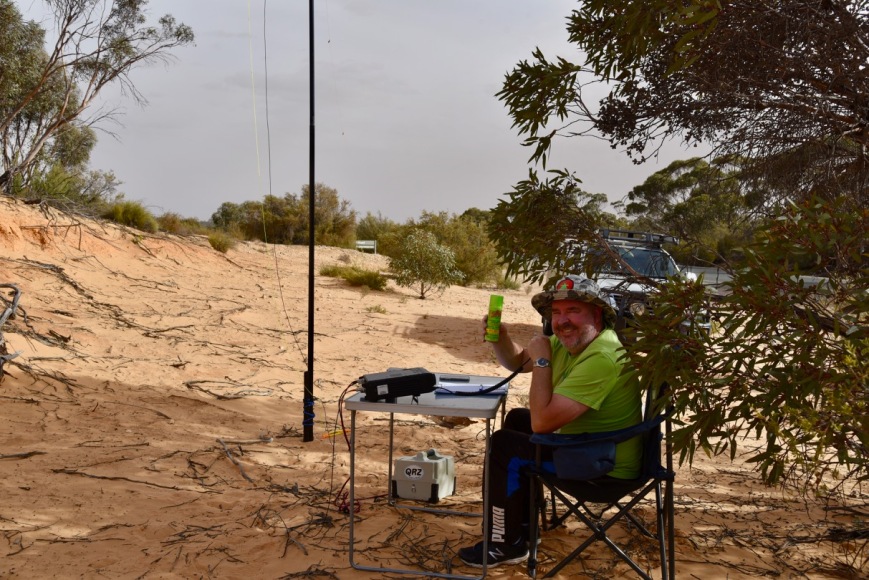 So I swapped the mic with Marija who called CQ.  Marija’s first contact was with Alan VK2MG, followed by Andrew VK7DW, and then Ian VK1DI.  Marija did better than me, even with lower power.  Within 10 minutes Marija had qualified the park with 10 contacts for VKFF.  Her 10th QSO being a contact with John VK2JON. 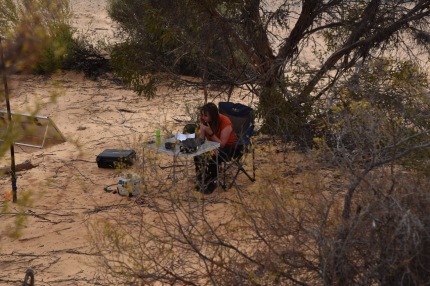 I then jumped back into the operator’s chair and called CQ once again.  Ray VK4NH came back to my call, and with his 2 other callsigns, I now had 10 contacts in the log.  I worked a further 3 stations before callers totally dried up.

With both of us having qualified the park for VKFF, it was time to pack up and head off to Renmark.

We continued on our journey north on the Karoonda Highway and soon reached the town of Loxton.  We headed north out of Loxton on the Bookpurnong Road and into the town of Berri, crossing the mighty Murray River.  The photos below are of the Murray River at Berri. 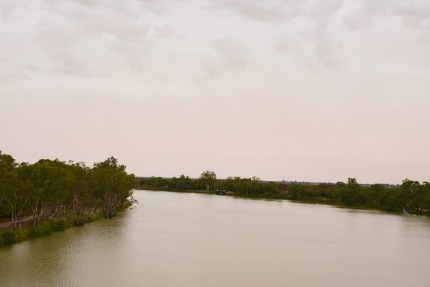 We were now in Riverland country, with orchards of oranges and miles of vineyards.  The region enjoys a warm Mediterranean climate and has vast acres of fertile soil and a readily available water source in the Murray River.

After booking into our motel, the Citrus Valley Motel, we headed out for dinner at the Renmark Club.  It was a beautiful warm evening so we sat in the outdoor area, admiring the view of the Murray River. 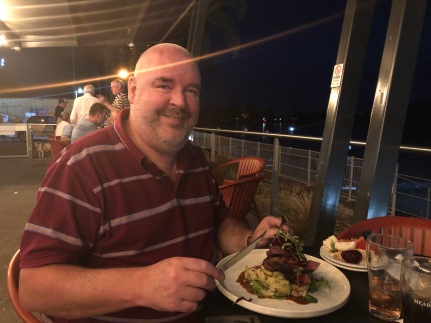 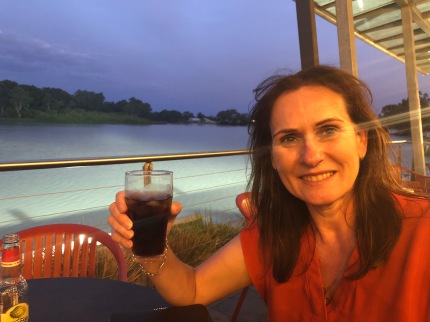 After dinner, we took a stroll along the Renmark riverfront to have a look at the ‘Possum Parade’.  Each evening at dusk fruit and vegetables are placed on the trees on the riverfront, attracting the local possum population, and as a result a number of tourists, including us. 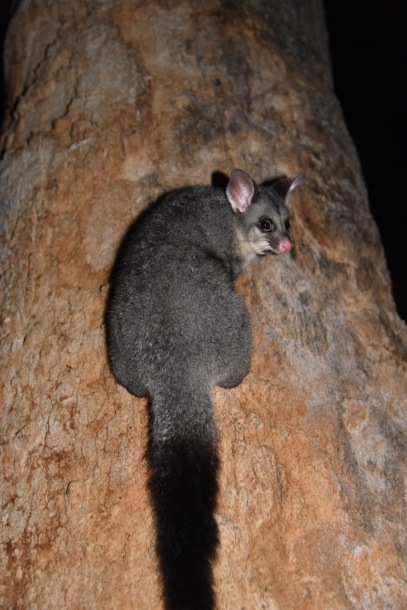 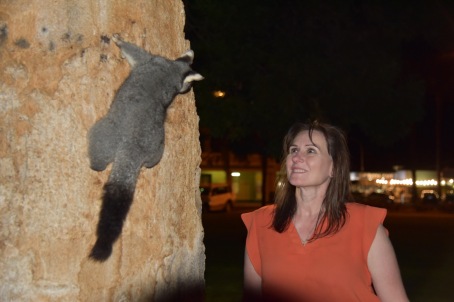 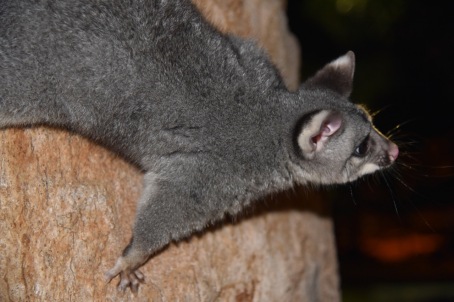 We also had a quick look at the Murray River Queen, a paddle ship built in 1974 as a luxury passenger cruise boat.  Murray River Queen retired from regular service in 1993, and spent ten years initially as a floating hotel at Goolwa, then stored near Mannum. In 2003, she was moved to Waikerie, South Australia, running dinner cruises and occasional longer trips until 2012.  In August 2017, the Murray River Queen was moved from Waikerie 200 km upstream to Renmark.

We then headed back to the motel room, where I watched a bit of the footy on TV before having an early night.

Department of Environment and Natural Resources, 2011, Reserves of the Billiatt District.