After leaving Kalamunda I headed back along Hay Flat Road and into Normanville and Yankalilla and then headed north on Main South Road.  My intention was to head home, but I was travelling past the Nixon Skinner Conservation Park 5CP-165 & VKFF-0923, so I decided to pop in there for a quick activation.

I have activated and qualified this park previously.  This would be my third activation of the park.

Nixon Skinner is located about 63 km south of Adelaide and about 4  km south of the town of Myponga. 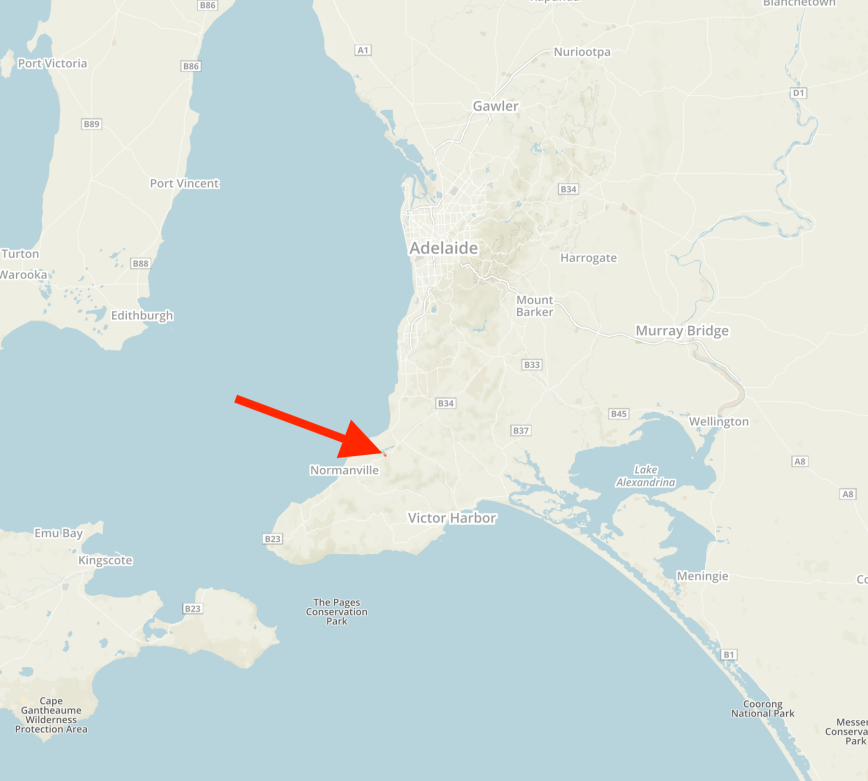 Above:- Map showing the location of the Nixon Skinner Conservation Park on the Fleurieu Peninsula.  Map courtesy of Protected Planet.

Nixon Skinner is only a small park.  It comprises 8 hectares of native vegetation and backs on to the southwestern side of the Myponga Reservoir which provides about 5% of the drinking water for Adelaide.  It is the main source of filtered water for southern metropolitan Adelaide and the southern coast area. 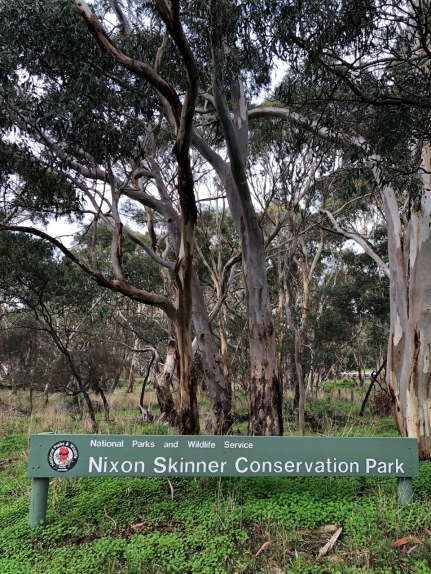 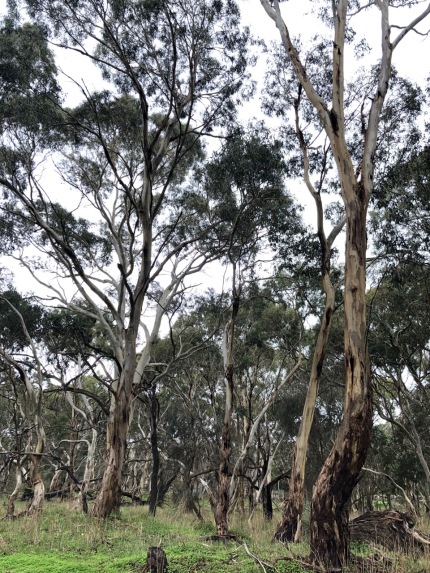 In 1956 Mrs Lucy Eleanor Page, a long-standing and active member of the Field Naturalists Society of South Australia, donated the land.  The park was named in honour of her grandfathers and was the first privately donated reserve to be established in South Australia for the preservation in perpetuity of native plants and animals and for the enjoyment of nature lovers.  It was re-proclaimed on the 27th April 1972 as a Conservation Park. The park is home to a number of native orchids including Donkey, Hare, Spider, Mosquito, Duck and Purple Cockatoos.

I parked the 4WD in a small parking area near the access gate.  The gate is locked and vehicular access to the park is not possible.  I walked about 30 metres down the walking trail and set up my station comprising the Yaesu FT-857d and the 20/40/80m linked dipole. Above:- An aerial shot of the park showing my operating spot.  Image courtesy of Protected Planet.

After setting up I headed to 7.144 and asked if the frequency was in use.  A familiar voice came back to advise that the frequency was clear.  It was regular park hunter Peter VK3PF with a beautiful 5/9 signal.  Peter kindly spotted me on parksnpeaks which resulted in a mini pile up soon ensuing.  Wayne VK7NET was second in the log, followed by Deryck VK4FDJL. and then Rob VK4AAC/2.

I logged a total of 29 stations on 40m before callers slowed down.  Not bad considering this was a weekday.  I then saw a spot for Gerard VK2IO/5 come up on 7.150 and it was an opportunistic time for me to head up there to log Gerard Park to Park.  I spoke with Gerard who was in the Martin Washpool Conservation Park VKFF-0907, and I then headed back to 7.144 and called CQ again. 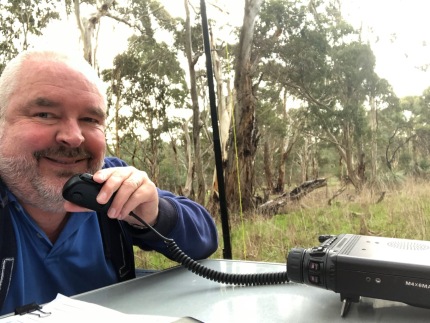 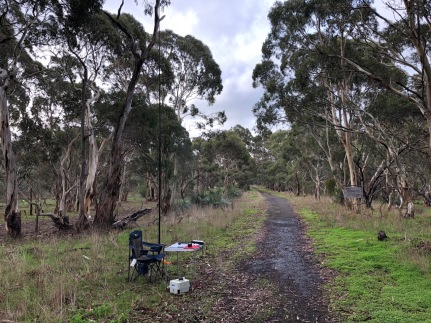 I logged a further 4 stations on 7.144 including Andrei ZL1TM in New Zealand.  But callers dried up very quickly so I headed off the 20m band where I called CQ for around 5 minutes with absolutely no callers.

So it was down with the squid pole and in with the 80m links and off to that band where I made a Park to park contact with Gerard VK2IO/p in the Martin Washpool Conservation Park VKFF-0907.  I then moved up to 3.615 and called CQ.  Rob Vk4AAC/2 answered my CQ call, followed by David VK5PL and then Ken VK2KYO.  Contact number 44 came shortly afterwards, that being with Adrian VK5FANA.

To complete the activation I moved back to 40m where I logged a further 8 stations from VK2, VK3 and VK7. 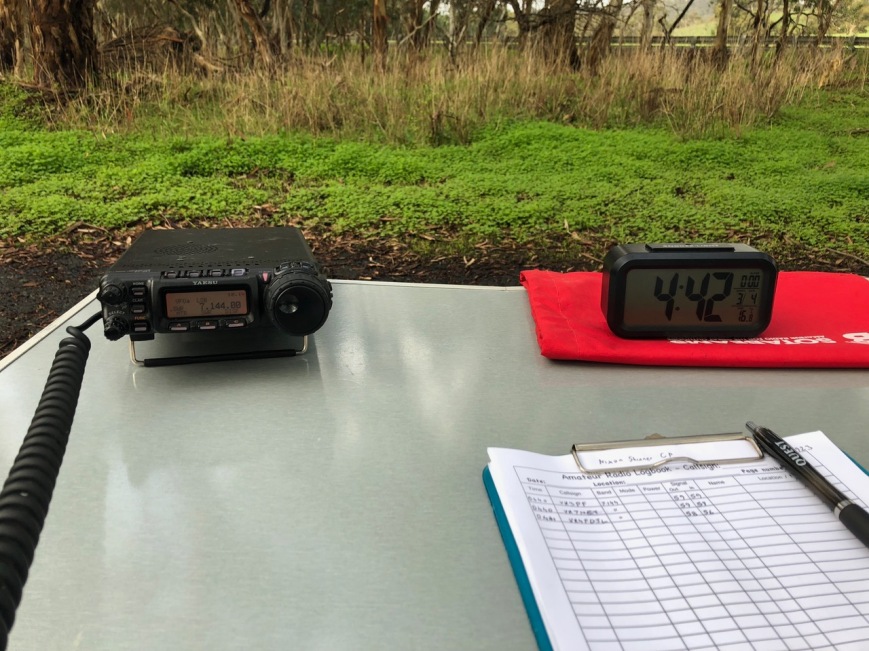 I had 52 contacts in the log and it was now 10 deg C and time to pack up and head home.

After packing up I took a bit of a detour home, along Forktree Road admiring some of the beautiful rolling green hills of the Fleurieu Peninsula. 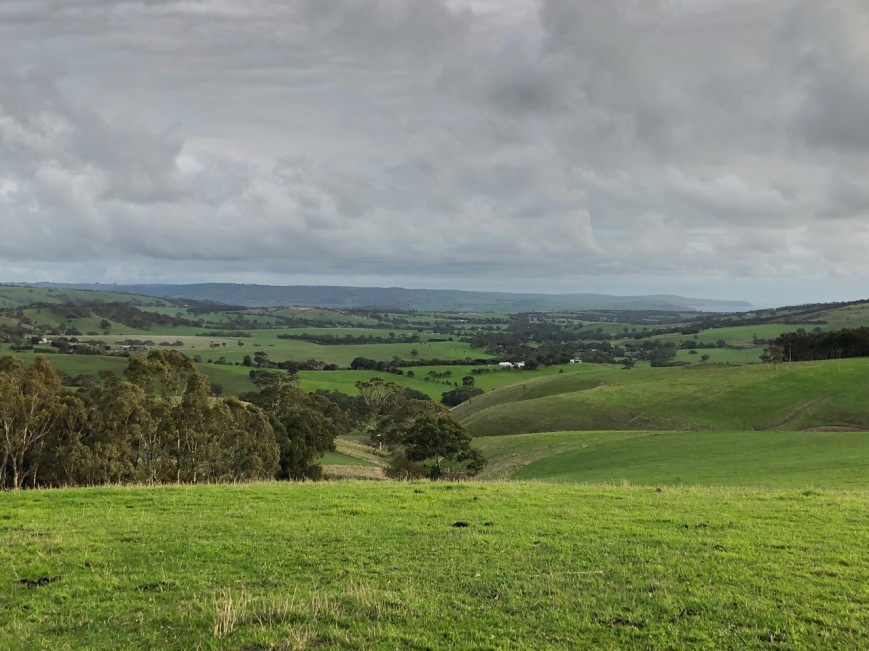 Above:- Looking south from Forktree Road. 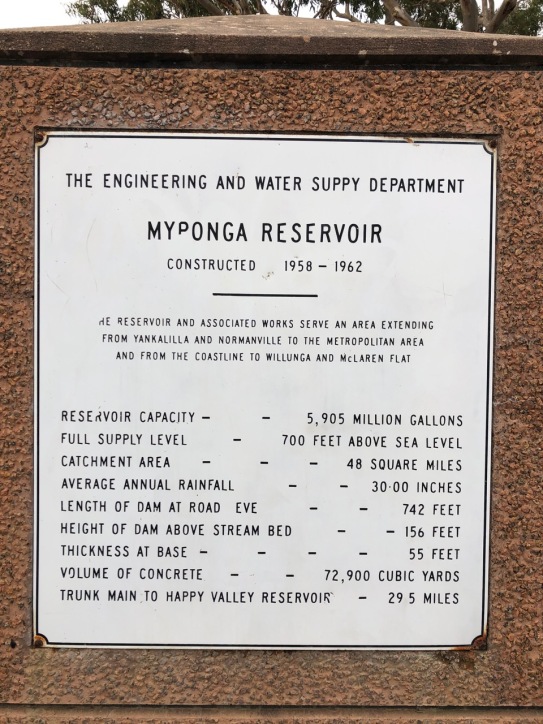 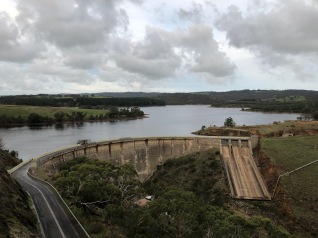 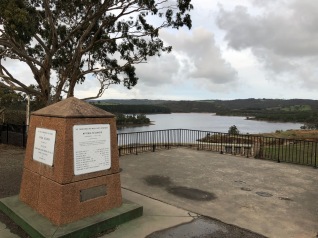 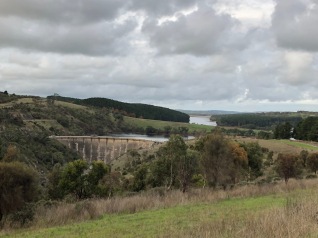 I continued along Reservoir Road where there were some great views of the township of Myponga.  This is an aboriginal word meaning ‘high cliffs’.

As I continued along Reservoir Road towards Main South Road I enjoyed some great views of the coastline south of Adelaide. 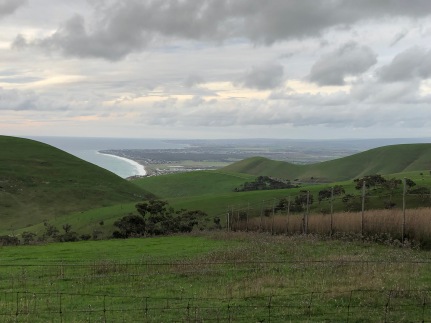 I headed home through Willunga Hill and Meadows.  It had been the end of another great day of park activating.  The activation of Kalamunda had brought my unique park tally as an activator to 300.