I had a bit of a sleep in on Sunday morning (23rd June 2019), not getting out of bed at the motel until around 8.00 a.m.  Marija had been up bright and early at around 6.30 a.m.  We headed to the Motel’s breakfast bar and had some cereal, toast, coffee and orange juice.  It was a slightly warmer morning than Saturday, with the temperature around 2 deg C.

Following breakfast, we checked out at the motel and headed to the Renmark Hotel.  We wanted to have a look at the hotel’s museum.  We were a little early so we took a brief stroll along the Renmark riverfront. 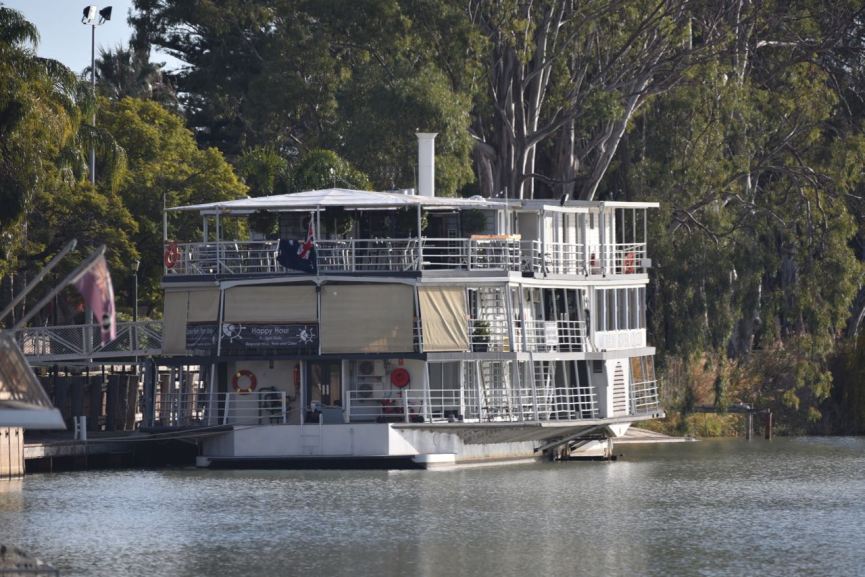 The local birds, of the feathered variety, were out for the breakfast.

We then headed across the road to the Renmark Hotel, a very impressive building which dates back to 1897.  In November 1957 the hotel opened a bar which at the time was the longest bar in the Southern Hemisphere.  The bar was 205 feet or 62.4 metres long, circled the entire room and had 20 taps.

On the first floor of the hotel, you can find the museum which features a number of displays and historical artefacts linked to the hotel.  It is very interesting and is well worth a visit.

Marija and I then headed for the Pike River Conservation Park 5CP-180 & VKFF-0831.  We have both activated and qualified the park previously, so this activation was to go towards our 2019 activation stats and the Boomerang Award. 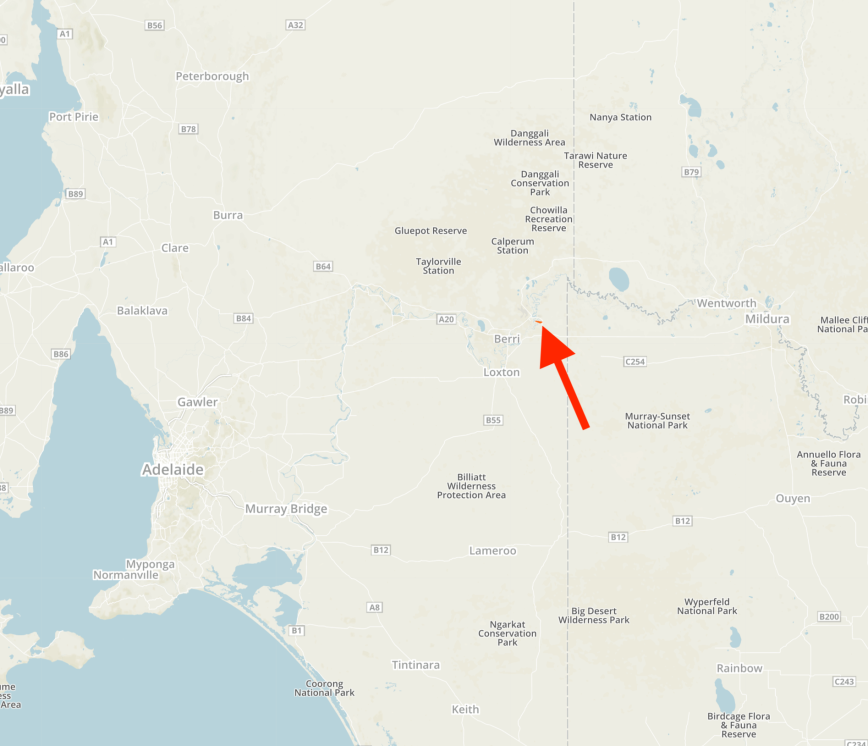 Above:- Map showing the location of the Pike River Conservation Park.  Map courtesy of Protected Planet.

We headed out of Renmark, east on the Sturt Highway, crossing over the historic Paringa Bridge on the Murray River.  The Paringa bridge was opened in 1927 and is a vertical lift bridge.  It is listed as a State Heritage Place on the South Australian Heritage Register.  The vertical lift span is opened twice daily for river traffic. 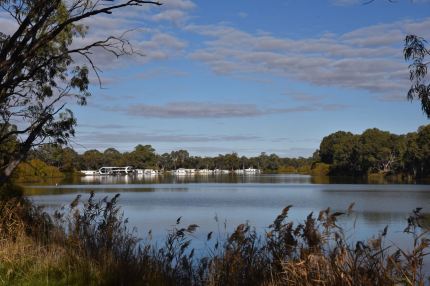 Just outside of Paringa, on the other side of the River to Renmark, we stopped briefly to have a look at an old timber jinker which was used in the 1930s at the Renmark Irrigation Trust’s No. 1 pumping station to haul red dum logs into the irrigations settlement for various purposes including pylons in culverts over the irrigation channels.  It was hauled by a crawler tractor.

We soon reached the park entrance off the Sturt Highway.  The park is well signposted, although the sign itself has seen better days. 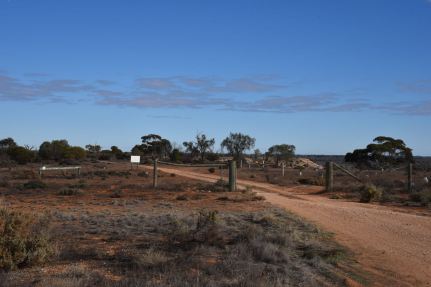 The Pike River Conservation Park was established on the 1st day of February 1979 and is  2.88 km2 in size.  It was dedicated as a Conservation Park as it protects a permanent wetland area and adjacent land on the River Murray flood plain, and is a valuable feeding and breeding habitat for water birds. 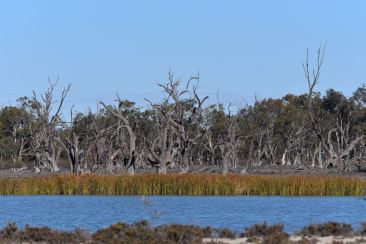 Marija and I drove down the dirt track and set up on the banks of Pike Lagoon.  We were a short distance from the water’s edge.  We ran the Yaesu FT-857d and the 20/40/80m linked dipole for this activation.

Above:- An aerial shot of the Pike River Conservation Park, showing our operating spot.  Image courtesy of Protected Planet.

Our first contact was with Peter VK5KPR/p who was activating The Dutchman’s Stern Conservation Park 5CP-228 & VKFF-0817 in the Flinders Ranges.  Peter was quite low down, but due to the lack of man-made noise in the park, we were able to comfortably copy Peter’s signal.

After logging Peter I moved down the band to 7.130 and while Marija placed a spot for me on parksnpeaks, I started calling CQ.  Anthony VK3LAJ came back to my call, followed by Rick VK4RF and then Rod VK7FRJG.

I logged a total of 28 stations on 40m, before handing the microphone over to Marija.

While Marija was on air I wandered around the park taking a few bird photographs.  Most didn’t turn out, but the ones below are the best from a bad bunch.

Marija called CQ on 7.144 and logged Rob VK4AAC/3 who was activating the Yabba South Nature Conservation Reserve VKFF-2239.  Next was Ken Vk2KYO, Peter VK3PF, and then Steve VK3MPR.

Marija logged a total of 15 stations and had qualified the park for VKFF.  I got back into the operator’s chair and logged a further 15 stations on 7.130.  I was now just 1 short of the 44 QSO mark.

I headed to 80m but was saddened to find that there was strength 7 of noise on that band.  I logged 6 stations, some of those with difficulty.  This included Rob VK4AAC/3 in VKFF-2239.  Marija also logged Rob on 80m for the Park to Park contact.

We packed up at around midday as we were keen to go to the Banrock Station winery for some lunch.  Marija received a message from Adrian after we had packed up.  We tried Adrian without success.

As we were driving through the park we logged Tony VK7LTD/p and Angela VK7FAMP/p who were activating the East Risdon State Reserve VKFF-1798.  Also, Alan VK2MG who was activating the Gir-um-bit National Park VKFF-0589.

Marija received another message from Adrian, so we headed back to 80m and called Adrian.  Again no response, so we thought we had missed him.  But just in time, when we were just 10 metres from the park gate, Adrian called and made the log.