At 2.55 a.m. on the 18th June, 1940, an amphibious Walrus aircraft, took to the sky from Mount Batten, near Plymouth in England.  There were four men aboard the plane: a crew of three and a special passenger, British Intelligence officer Captain Norman Hope.  The crew consisted of an Australian pilot, Flight Lieutenant John Napier Bell, an Australian navigator, Sergeant Charles William Harris, and a British wireless electrical mechanic, Corporal Bernard Nowell. As they left Plymouth in the early hours of the morning, the crew were totally unaware of their mission and destination.  It was the role of Captain Hope to brief the crew following their take off. What was their mission? To fly to the French coast and rescue the family of General Charles De Gaulle.  Following the invasion of France by the Germans in May 1940, De Gaulle instructed his wife to take their three children and leave their home near Rheims, and travel to Brittany.   There, safe passage to England would be arranged.  It is reported that De Gaulle flew to London and met with British Prime Minister Winston Churchill and asked him to assist in the rescue of his family from Carantec on the coast of the English Channel, where they had sought refuge with an Aunt. 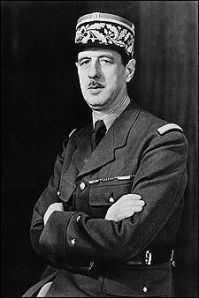 However, there are no known official records to confirm this meeting.  What is known is that at 9.00 p.m. on the 17th  June, 1940 a ‘green form’ (authority for a flight) was received at Mount Batten Station at Plymouth.  It originated from Admiral Dunbar-Nasmith the Commander in Chief Western Approaches.  It stated: “One Walrus to proceed with Admiralty passenger from Plymouth sound to north coast Brittany at earliest 18/6. Passenger will give details of destination on arrival about 2359/17.  Aircraft to be fully armed and to keep defence watch at all time especially water borne. Return to base upon completion.” 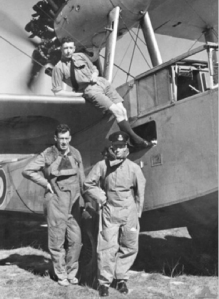 At about 4.30 a.m. on the 18th June, locals in the small village of Ploudaniel were awoken by the sound of a low flying aircraft.  It was the Walrus.  There is speculation that the plane may have been shot at.  But what is known is that the plane subsequently crashed at Kerbiquet adjacent to Ploudaniel, and all 4 on board were killed.  They were buried at the Ploudaniel churchyard, Ploudaniel, Brittany, France. 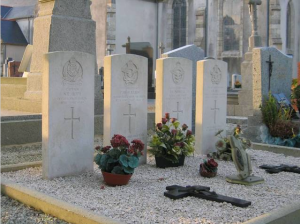 Since 1940, each year the people from Ploudaniel honour the crew with a special service at the crash site and the local church grave site. So who were the crew and specifically the Captain? John Napier Bell was born on the 25th day of April, 1916 at Largs Bay South, South Australia, to parents John ‘Jack’ Henry Bell and Eva Annie Bell.  Coincidentally, this was the same day that the Australian Government declared that day to be called Anzac Day.  On leaving school, Bell helped his father to run Mansfield’s Store (later renamed as Bell’s Store) at Farina in the Far North of South Australia.  Bell became an Air Force Cadet in July 1935 and in July 1936 at age 20, he was appointed Pilot Officer.  In April 1937 he was promoted to Flying Officer. 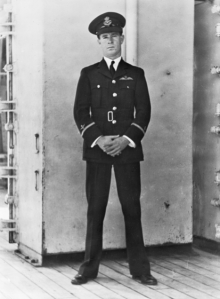 Where in the world is Farina? Farina is located about 617 km north of Adelaide and about 64 km north of the coal mining town of Leigh Creek.  It is a ghost town located on the edge of the desert.  Farina was first settled in 1878 More information on Farina can be found at…..

In mid June, 2015, myself, Larry VK5LY, and John VK5BJE, will be travelling to Farina.  The Farina Restoration Group has organised a special event at Farina.  It is the 75th anniversary of the secret mission to rescue the De Gaulles.  A flyover has been organised.  We will be operating some amateur radio stations from Farina, and we hope to use the special call sign of VK100ANZAC.

We have applied for use of this special call sign and are awaiting the decision of the WIA Board. Alan Hall (VK3AJH) has written excellent book entitled ‘Four Men and the Walrus‘.  It is well worth a read. For more information on this fascinating story, please have a look at the following websites…..

Larry and I plan on activating a number of National and Conservation Parks in the Far North of South Australia during this trip.  Many of those will have never been activated previously.  So please keep an eye on my WordPress site for further details.