My last planned park activation for Friday 16th September 2016 was the Whyalla Conservation Park (CP) VKFF-0808 and 5CP-253.  Whyalla CP is about 10 km north of the town of Whyalla, on the Lincoln Highway. 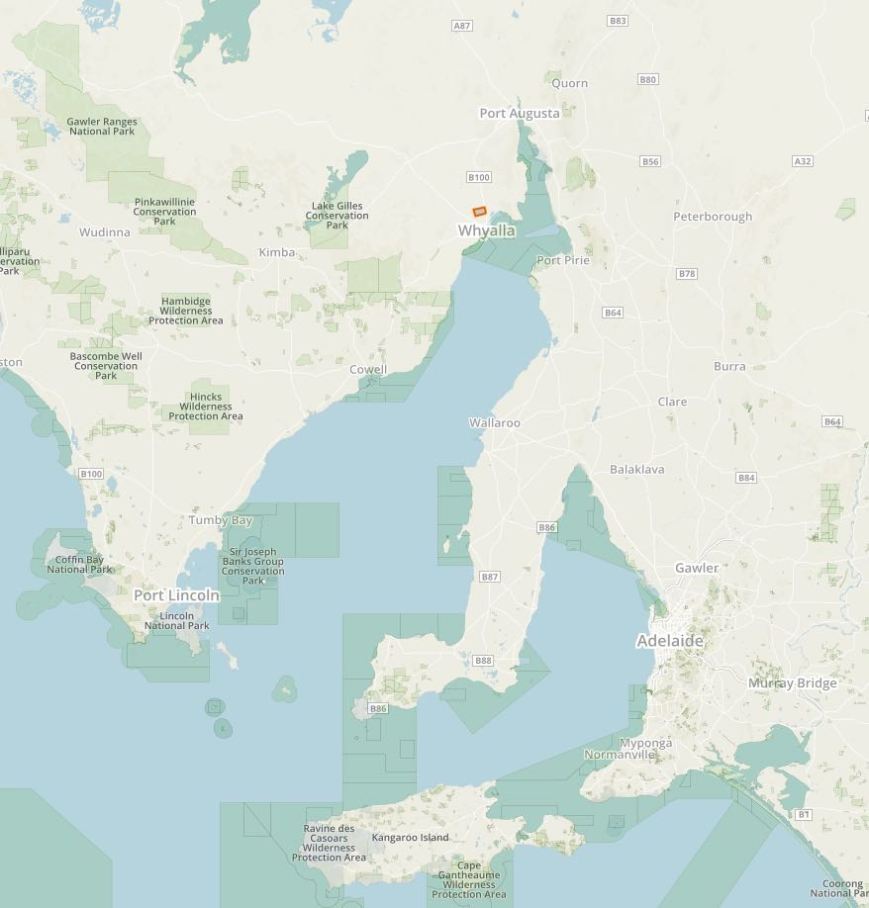 Above:- Map showing the location of the Whyalla Conservation Park, just north of the town of Whyalla.  Image courtesy of Protected Planet.

I have activated Whyalla Conservation twice before.  The first back in June 2013, and then again in December 2014.  For more information on those activations please see my previous posts at…..

Below are some photographs from the December 2016 activation when I operated from Wild Dog Hill within the park….

Whyalla Conservation Park was proclaimed on the 4th November 1971 and comprises1,971 hectares (4,870 acres).  The park was conserved both for conservation value of Eyre Peninsula woodland and for its position just 10 km north of Whyalla.  It was intended to serve a recreational purpose for Whyalla as a picnic site.  The park originally covered an area of 1,011 hectares, and in 2003 an extra area of land to the south of the Park, almost identical in size, was added.

This land was originally part of the BHP Indenture Act land and was under BHP’s care and control. With the divestiture of it’s Whyalla steel making operations to a new company, OneSteel, some of the land that was excess to requirements was added to the Park and the remainder was handed back to the local community.

Within the north west corner of the park, Wild Dog Hill, a sandstone outcrop, rises above the surrounding plains and offers some great views of the surrounding countryside.  There is an easy walking trail to the top.  Below are some photos taken back in December 2014 at Wild Dog Hill. 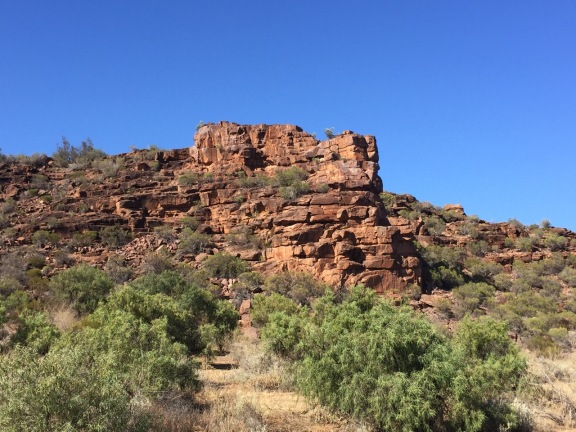 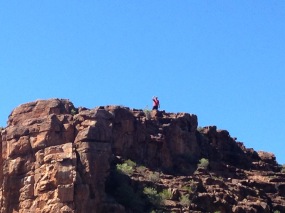 The park is alive with Red and Grey kangaroos, along with Euros who are often sighted on the slopes of Wild Dog Hill.  The Common Dunnart, a carnivorous mouse sized marsupial which eats grasshoppers and small lizards is also found in the park.

Over 80 species of birds have been observed in the Park including Wedge-tailed Eagles, Australian Kestrels, Grey Butcherbird, Crested Pigeon, White-browed Babbler, Spiny-cheeked Honeyeater and the Black-faced Woodswallow.

More than 20 species of reptiles have been recorded in the Whyalla Conservation Park, including the Western Brown Snake, Bearded Dragon, Western Bluetongue and Sleepy Lizard.

The most common tree that can be seen in the Park is the Western Myall, Acacia papyrocarpa. These majestic trees with their dome shaped canopy and silver-grey foliage can live to be over 250 years old. Sugarwoods, Bullock Bushes, Native Apricots, Quandongs and Black Oaks can also be found in many areas and Saltbush and Bluebush dominate the understorey.

Despite the sometimes oppresive weather conditions in the park, numerous wildflowers can be found at certain times of the year.  These include Fringe-lilies and Paper-daisies.  Delicate lilac Rock Isotomes flower almost constantly at the top of Wild Dog Hill, whilst the tube like flowers of Emu Bushes can be found throughout the Park.

It is reported that the lichens located on the rocks and trees within Whyalla Conservation Park, are some of the best examples in the world.

Above:- Map of the Whyalla Conservation Park, showing my operating spot on the eastern side of the park.  Image courtesy of Protected Planet.

It was almost dark by the time I got to the park, so I had to use the headlights on the Toyota Hi Lux to help me set up.  I was all ready to go by around 0925 UTC (6.55 p.m. South Australian local time).

It was extremely difficult to find a spot on the 40m band.  Everything below 7.100 was totally taken up by Indonesian and Malaysian stations.  There were some North American stations close by to 7.144, and I eventually found 7.135 to be clear.  My first caller was Rick VK4RF/VK4HA, followed by Roald VK1MTS, and then Roy VK7ROY.  Even poor old Roy couldn’t get on to 7.130 for the 7.130 DX Net.  I offered to relinquish 7.135 to Roy and the net, but Roy very graciously declined and headed up a little higher.

My fifth contact from Whyalla was a Park to Park contact with Rob VK4FFAB, who was activating the Conondale National Park VKFF-0109.  Rob was a beautiful strong 5/8 signal to Whyalla.

I went on to work a total of 44 stations and qualified the park, before heading up the band to the 7.130 DX Net which was being held on 7.140.  On the net I worked Bill W1OW in Massachussetts USA, William FO5JV in French Polynesia, and Chuck K9RM in Indiana USA.  I then QSYd down the band a little to work Perrin VK3XPT who was operating remote.  Gerard VK2IO and Brian VK3BBB then called in to finish off the activation. 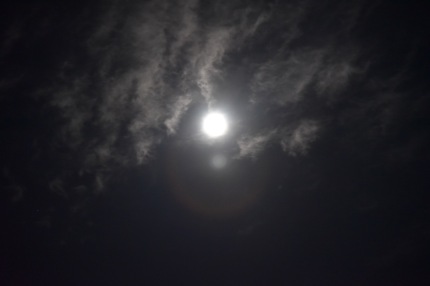 Thanks to the following who spotted me: Rick VK4RF and Brett VK3FLCS.