After picking up Andrew VK6AS from the ALbury Airport we headed to SOTA summit Mount Baranduda VK3/ VE-189 which is located within the Baranduda Regional Park VKFF-0959. 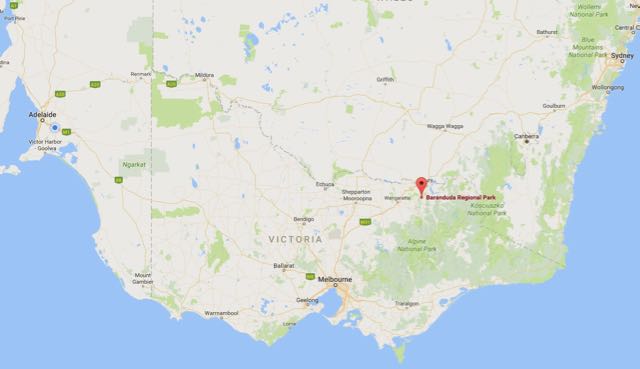 Above:- Map showing the location of the Baranduda Regional Park in north eastern Victoria.  Map courtesy of google maps.

Mount Baranduda, a granite outcrop, is an isolated area of high country in the Baranduda Range.  The summit is designated as VK3/ VE-189 for the Summits on the Air (SOTA) program.  It is 775m / 2543ft above sea level in height and is worth 4 SOTA points.

The park is home to a large amount of native wildlife.  This includes the rare Spot-tailed quoll.  Wild deer can also be found in the park.  Silky Swainson-pea Swainsona sericea is a prostrate or erect pennial which grows to around 10 cm tall.  The plant had not been recorded in the area for over 50 years and was re-discovered in 2007 on the north west slopes of the Baranduda Regional Park. 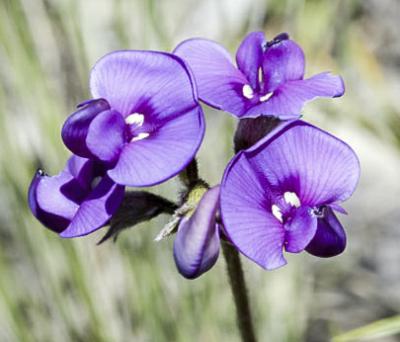 Baranduda pastoral run was taken up in 1845 and it is thought that the name was derived from an Aboriginal expression relating to a swamp or a water rat.  Baranduda was a rural hamlet with numerous German farm selectors, who came from South Australia.  Beginning with the grazing of cattle, dairying and sawmilling were added, serving markets in Wodonga and providing timber sleepers for railway construction. A school was opened in 1880 and an inter-denominational church in 1912.  A memorial hall was built in 1955.

Andrew and I approached the park and the summit from the south, following the Beechworth-Wodonga Road until we reached Ewarts Road. 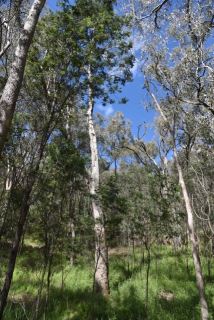 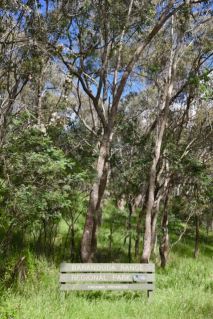 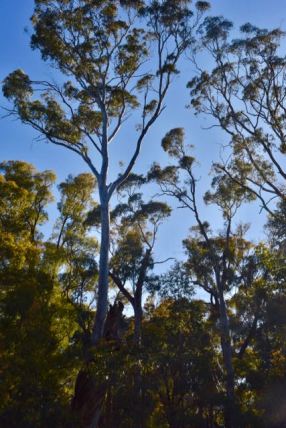 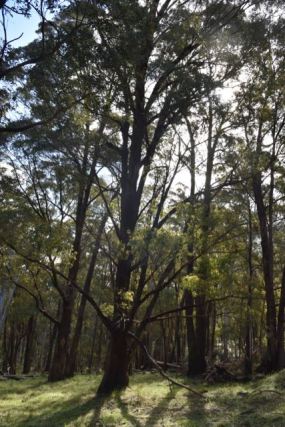 You immediately enter the park at this point, but we wanted to get to the summit itself, so we continued to follow Ewarts Road, admiring the view along the way.  We soon reached a gate which read ‘Road Closed.  Private property unauthorised persons prohibited.  Please shut gate’.  I had read on another activator’s blog that the gentleman who owned the property did not mind amateurs accessing the summit this way.  So Andrew and I entered the property and drove up the gentleman’s house and had a chat with him.  He was fine with us accessing the summit this way, so long as we shut gates. 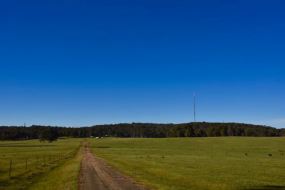 looking up towards the summit

We followed the track up to Mount Baranduda. 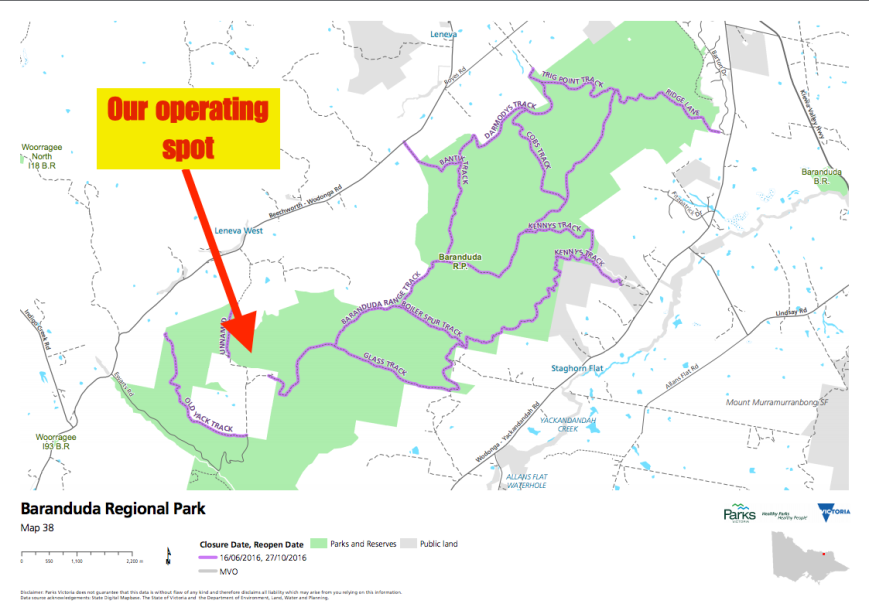 Andrew and I decided to share the mic during this action and we headed to 7.090 where we commenced calling CQ.  Our first taker was Col VK3LED, but it wasn’t long and the Kandos Group started up on 7.093 and we were being wiped out.  So we headed up to 7.105 and again started calling CQ.  This was answered by Peter VK2NEO, Mick VK3PMG/VK3GGG and then Bill VK3LY.  Andrew and I were happy.  We had qualified the summit.

We were pushed a little for time so we did not expect to reach the required 44 QSOs for the global World Wide Flora Fauna program, but we were keen to get 10 QSOs and qualify the park for the VKFF program.  We were able to do that when Steve VK7CW called us, with a beautiful 5/9 signal.

Andrew and I worked a total of 21 stations on 40m until things started to really slow down.  We decided to give 80m a go, and after inserting the links in the dipole we headed to 3.610 on 80m and started calling CQ.  This was answered by Peter VK3ZPF and then Rob VK2QR.  We also spoke with Gerard VK2IO who was activating Bugong National Park VKFF-0063.

We then headed to 20m and called CQ but sadly there were no takers, so it was a quick look on 40m again where we logged a further 5 stations.  In all we ended up with a total of 30 contacts each, falling 14 short of the required 44.  It will need to be a return visit to this park. 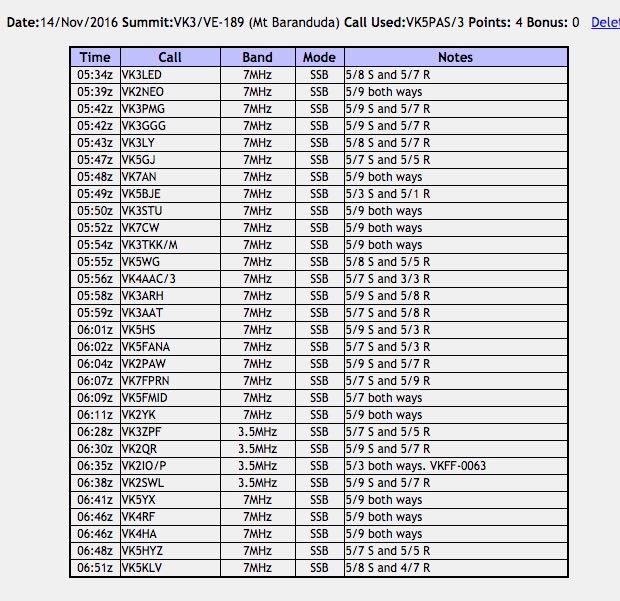 At the conclusion of the activation Andrew and I headed to the Tangambalanga Hall and there delivered a presentation on the Wireless Institute of Australia (WIA).

At the end of the evening we headed back to the home of Brenton VK3CM.  Brenton and his lovely wife Sam had kindly offered their home for us to stay overnight.