My second park of the day was the Lowan Conservation Park 5CP-121 & VKFF-1052 which is located about 20 km north west of the town of Karoonda and about 151 km from Adelaide.

Above:- Map showing the location of the Lowan Conservation Park in the Murray Mallee region of South Australia.  Map courtesy of Location SA Map Viewer.

Lowan’s total area is about 675 hectares and consists of Hundred of Bowhill – Sections 71 and 73.  The park was purchased on the recommendation of the Land Board and National Parks Council recommendation.  The then private owners of the land were anxious to see scrub remain on the block.  Section 71 was proclaimed on 9th September 1971 as Lowan National Park.  It became Lowan Conservation Park on 27th April 1972.  Section 73 was added on 2nd August 1973. ABove:- Aerial shot of the Lowan Conservation Park (in the foreground) and the surrounding countryside.  Image courtesy of google maps.

Vegetation habitats within the park include 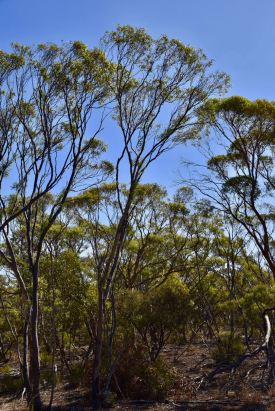 Also located in the park is the Malleefowl, also known as Lowan.  It is from this bird that the park takes its name. 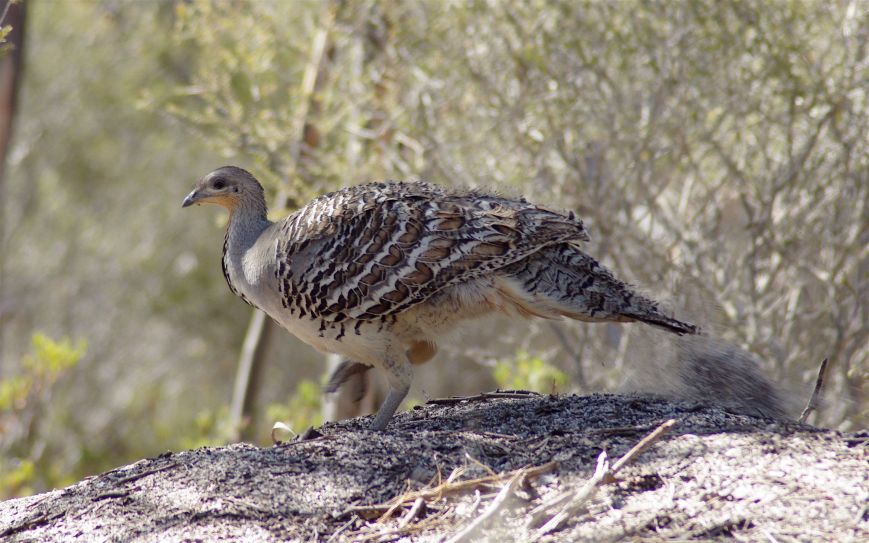 It only took me a short time to get to Lowan from Ettrick.  I travelled along Glenbur Road and turned right onto Piggy Flat Road and then left onto the Bowhill Road.  I then turned right onto Gribble Bore Road.   There is an old windmill and stone water tank on the corner, so it’s not hard to miss this corner.  There is also a plaque here to commemorate the sealing of the Bowhill Road.

I soon reached the north western corner of the park.   A little further along Gribble Bore Road there is an unlocked gate and a 4WD track which takes you into the park.

Above:- the gate and track leading into the park.

I drove a few hundred metres down the track and found a clearing in the scrub.  The day had really warmed up and it was now approaching 30 deg C, so I chose the shade of some trees for my operating spot.  I ran the Yaesu FT-857d, at 40 watts, and the 20/40/80m linked dipole for this activation.

First in the log again was Peter VK3PF with a strong 5/9 signal, followed by Dave VK2RP/m with a great signal coming out of his mobile station.  I had ten contacts in the log within 9 minutes, that being a QSO with regular park hunter Keith VK2PKT who was roaring in with a 5/9 plus from Parkes in New South Wales.

The 40m band was still a little unstable, with considerable amounts of fading (QSB) on most signals.  But there were still plenty of park hunters lining up to get Lowan in their logs.

Park to Park activity had been scarce during the day, despite it being a public holiday.  This was in contrast with Easter Sunday, when there had been a huge amount of park activity.  Sadly I was working that day.  But 17 contacts into the activation, and I had a few Park to Park contacts.  These being with John VK3CU/p and Victoria VK3LO/p who were in the Jilpanger Nature Conservation Reserve VKFF-2118 in western Victoria.  I’m glad I worked them when I did, with 5/9 plus signals, as 10 minutes later when I had a listen their signals had dropped right down.

About two dozen QSOs later I was called by Peter VK2KNV/p who was in the Lachlan Valley Regional Park VKFF-1784. 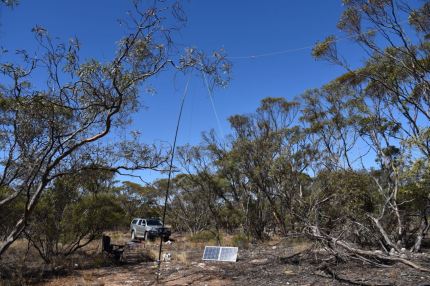 I logged a total of 52 stations on 40m before things slowed down a little, which was fortuative, as I had been told Sue VK5AYL was up on 7.155 in a park.  So I headed there and logged Sue who was activating the Clements Gap Conservation Park VKFF-0812.  Sue was roaring in with a 5/9 plus signal.  This was Sue’s first ‘solo’ park activation.  And while on the topic of Sue, can I remind everyone of Sue’s excellent parksnpeaks app.  The ParksnPeaks app allows (Australian & NZ) amateur radio operators to alert, spot and chase portable radio activity.

I then moved back to 7.144 and called CQ again.  This was answered by Les VK3FLES, followed by Mark VK3FBOM.  This was Mark’s first every contact on HF.  I explained to Mark all about the park’s programs, and he seemed very keen.  Hopefully we will hear Mark out and about one day soon.

I logged a further 4 stations on 40m from VK3 and VK5, before lowering the squid pole and removing the links in the linked dipole.  I headed to 14.310 on the 20 band and found Rob VK4SYD/p in the Hays Inlet Conservation Park VKFF-1555.  Rob had a strong 5/9 signal from Queensland.

I then moved up to 14.315 and was called by Peter VK3PF who kindly spotted me on parksnpeaks, as I had no internet coverage from the park.  I logged a further 4 calls on 20m, before heading off to 3.610 on the 80m band where I logged just the one station, Wolf VK5WF in Adelaide who was 5/9. 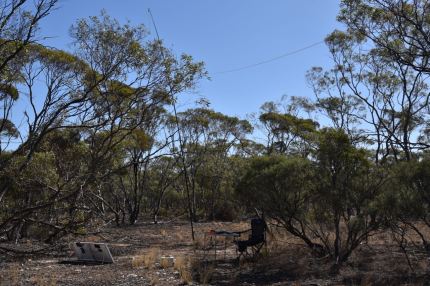 It was now a little after 1.30 p.m., so I packed up and headed off to my third and final park of the day, the Bandon Conservation Park.  I had a total of 66 contacts in the log at Lowan.